Working in Abdijpark will cost almost €1.2 million more than planned 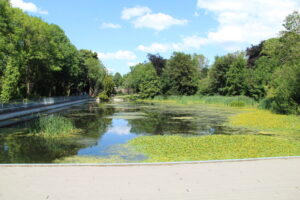 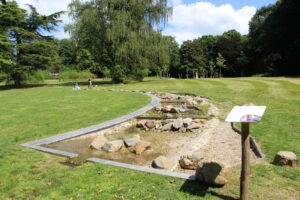 Geraardsbergen. The renovation of the Abbey Park will cost almost €1.2 million more than planned. The works were initially budgeted at €700,000, but the final settlement amounts to €1,867,267. That is almost 2.7 times more than budgeted. We asked the local government what the reason is for this very high bill, but there was no answer. ‘Unseen’, says Stéphan Bourlau (The Alternative). ‘Now that this file has been completed, I will investigate what and how this money was spent.’

Work on the Abbey Park started on Monday 2 December 2019. The Local Government Geraardsbergen wanted to transform the park into a pleasant, playful meeting place for young and old, with great respect for its important historical value. €700,000 has been earmarked for the refurbishment of the Abbey Park.

€ 1.2 million more
During the council meeting on Tuesday 10 November, Stéphan Bourlau (The Alternative) inquired about the progress of the work in the Abbey Park. According to the then authorized aldermen Martine Duwyn (Open Vld) and first alderman Fernand Van Trimpont (CD&V), the work went smoothly. The end of the works was then planned for March or April 2021. ‘Clearing the pond and reprofiling the bank are in full swing. The sludge from the pond has to be evacuated, which entails a serious extra cost. The total price tag is estimated at € 1.5 million,’ was announced at the November 2020 city council, but that was again an underestimate.

Now that the final settlement of the works has been drawn up, the final invoice is €1,867,267, which is €1,187,267 above the budgeted amount. We asked the local government for an explanation, but it was not forthcoming.

Research follows
‘It is an open door that the renovation of the Abbey Park provokes negative reactions from most Geraardsbergen residents. Instead of a beautifully renovated park, we got a haggard, untidy and disorderly park. Moreover, the works took a year and a half and the costs were skyrocketing. According to the final statement of the works, the planned budget of €700,000 now turns out to be €1,867,267, which is almost €1,200,000 above the budget. Unseen! Now that this file has been completed, I will investigate what and how this money was spent’, says Stéphan Bourlau in a response.

Olympic champion Joris Caekebeke honored by the city of Zottegem

Olympic champion Joris Caekebeke honored by the city of Zottegem