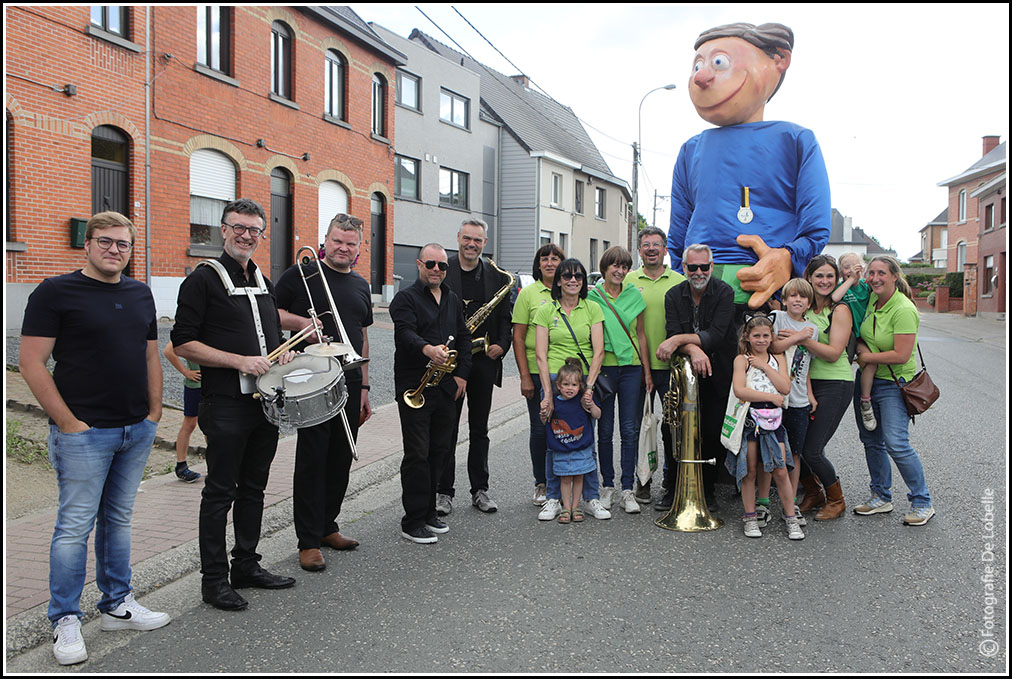 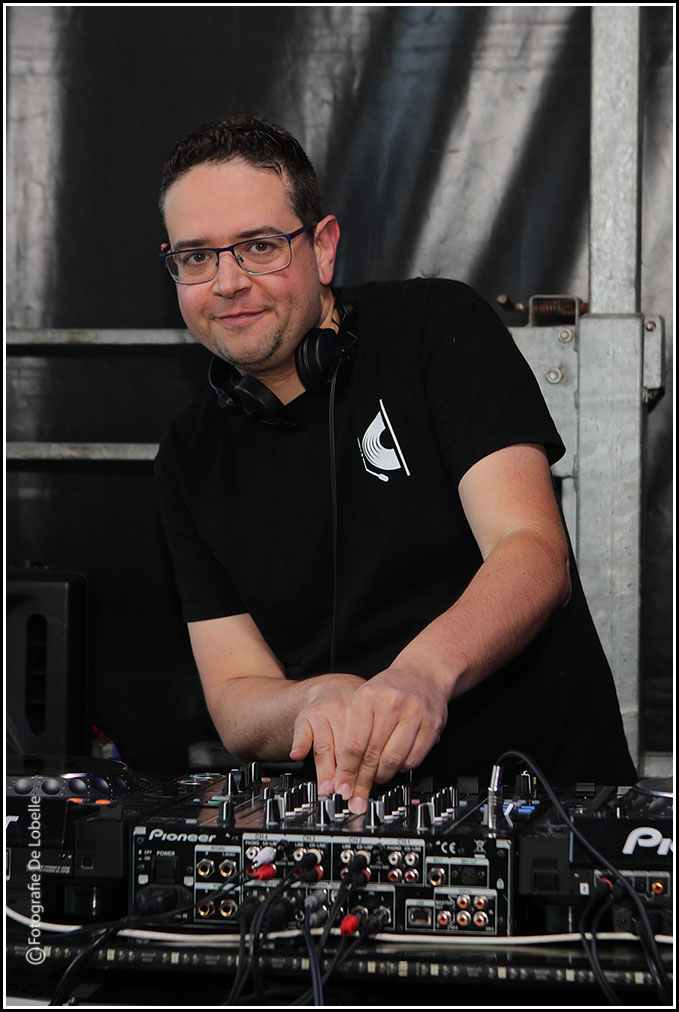 Fair Windeke, edition 2022, is over. Corona threw a spanner in the works for two years, but Kermis Windeke is completely back. Kermis Windeke, as if reborn. And it was finally time to party again. The Windeek green bellies know how to do that. The fair continues to appeal. The Windeekse Groenbuiken put together a varied programme, a poster that could appeal to many partygoers. The enthusiasm was great. After two damned corona years, the Groenbuiken managed to serve another spicy fair program. cheers. The performances on the market square were all free, it is not obvious these days. But thanks to the efforts of the Groenbuiken, the sponsors, the cafes, it is still possible. Kermis Windeke expressly presents itself as a family happening. Children, hip youngsters, seigneurs who remain forever young, … in short, everyone feels at home at the fair. The committee pays a lot of attention to the program and wants to create a real folk festival in Scheldewindeke. 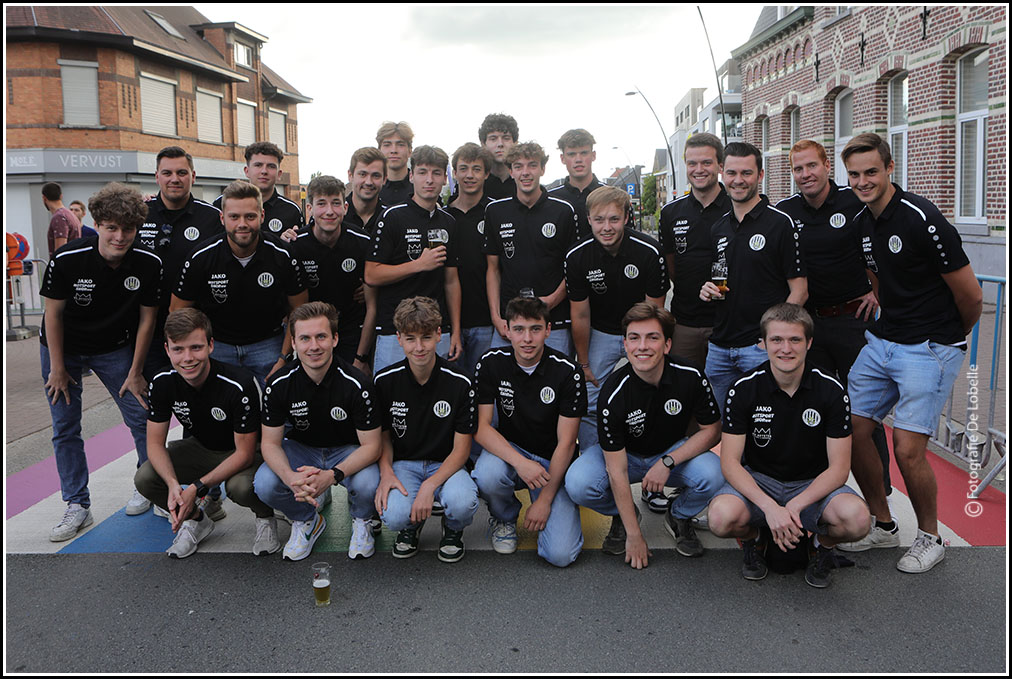 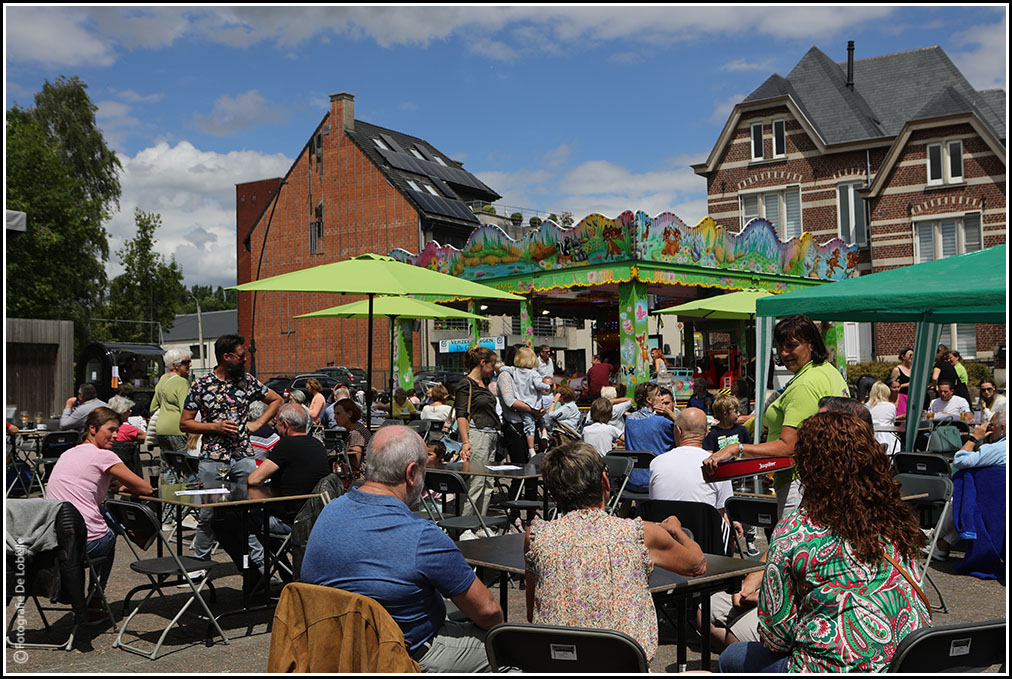 Green bellies served you with a lot of fun at the fair. Each item has its target audience. With the windmills on the market square, the kids could enjoy themselves to their heart’s content. Beautiful, those happy children’s faces. The tradition of the soul mass for deceased parishioners was now also honored at the 2022 edition.

In 2007 there was also a ‘rebirth’ of Kermis Windeke. Before that it had become so eerily quiet in Windeke that Filip Michiels, Ruben De Gusseme and Pieter Jan Seurinck decided to set up a fair committee to revive Kermis Windeke. The three ‘founding fathers’ echoed the success of the fair. With a big smile in the picture. We are writing 2022, the Windeekse Groenbuiken with chairman Filip Michiels, Rita De Loore, Annelies Parent, Ruben De Gusseme, Anneleen De Vlaminck, Xander De Corte, Hilde Van Den Bulcke, Christina Bergmans and Anneleen Colpaert, now also enthusiastically have a six-day program out of the hat. 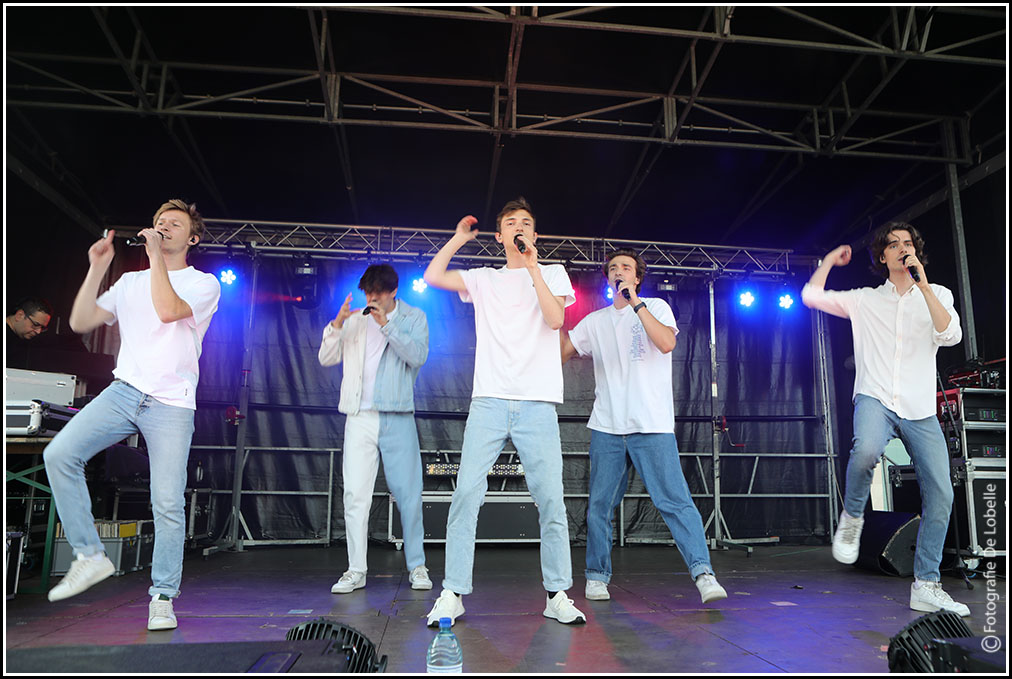 Kermis Windeke started on Friday evening 1 July very strongly with the performance of the boy band Bobby, the atmosphere was already great, screaming girls who went completely crazy.
And then Christoff, the chouchou of the Flemish schlagerbizz. The market square was pretty full. In a whirlwind of songs, Christoff quickly made it clear that he is a formidable entertainer and singer. His warm voice will not leave you indifferent. Attitude from the start and pack experience. Immediately one song after another. The songs rolled like a prince on the market square. Magic 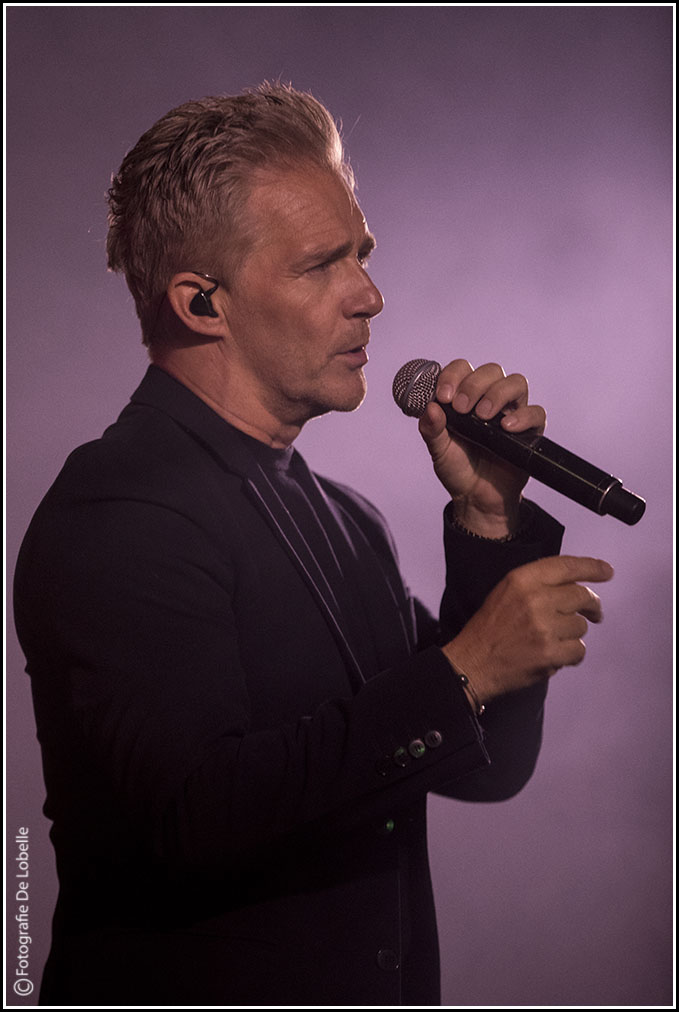 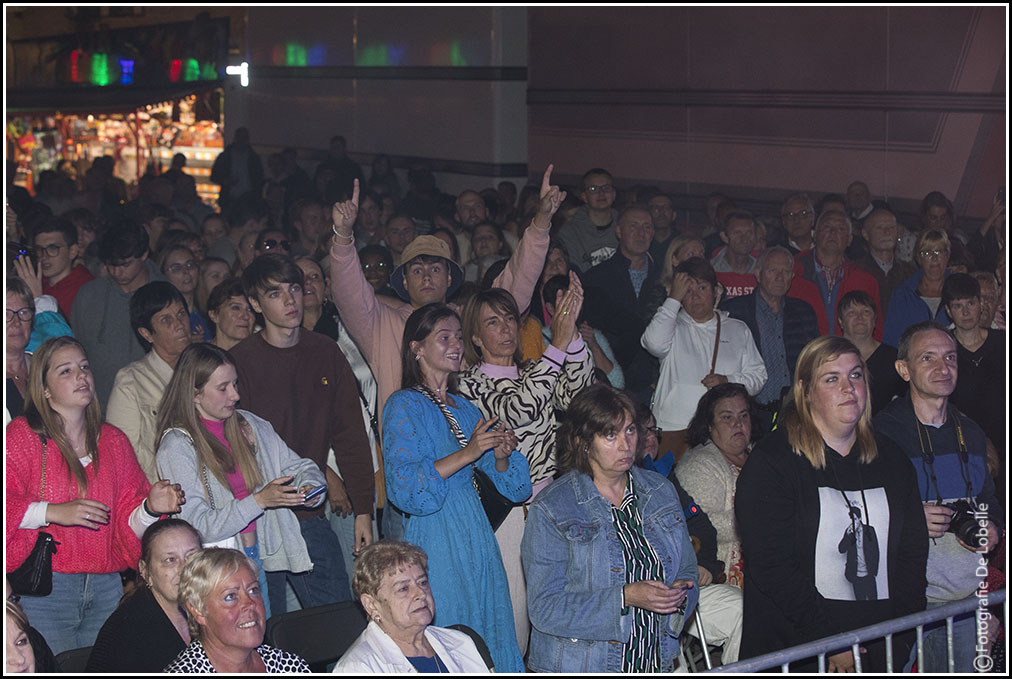 on the market square. Christoff immediately has the audience on board, he gives the music lovers the feeling that he is there for each and every one of them. It was really enjoyable from the first minute. The public loves him. After a top performance by Christoff many rave reviews. “Christoff, that’s the max,” it sounds. How does he manage it? Just having fun in what he does. Because of the strength of the conviction with which he brings every song. Life as a superstar doesn’t mean much to him, he doesn’t want to lose touch with the regular fan. He has everything under control. He gives his audience tons of energy. As a spectator you don’t get a moment to catch your breath. Christoff captured all hearts. A perfect evening. Name a concert hall or village festival and Christoff will be on stage. Afterwards, the music party continued with DJ Christopher with a great atmosphere. The party lasted all night. The beer flowed freely. 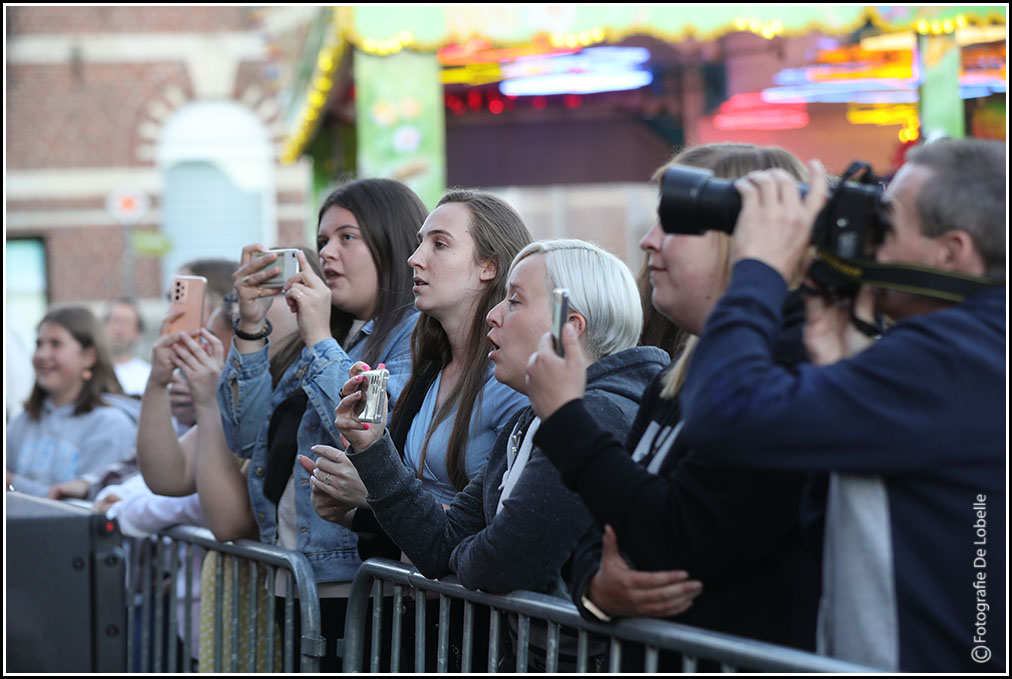 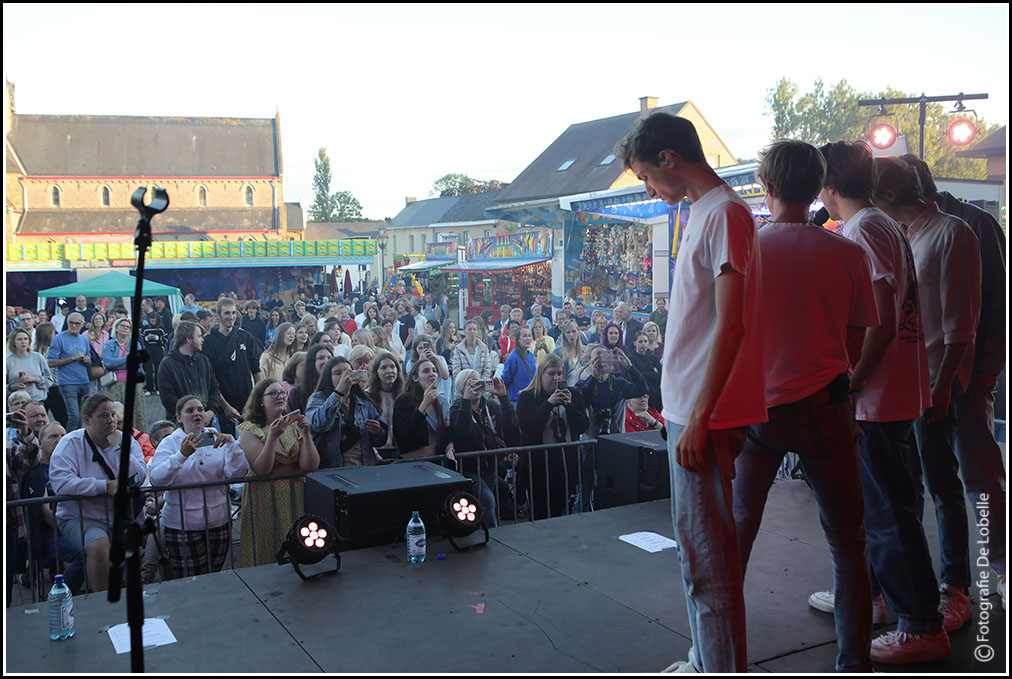 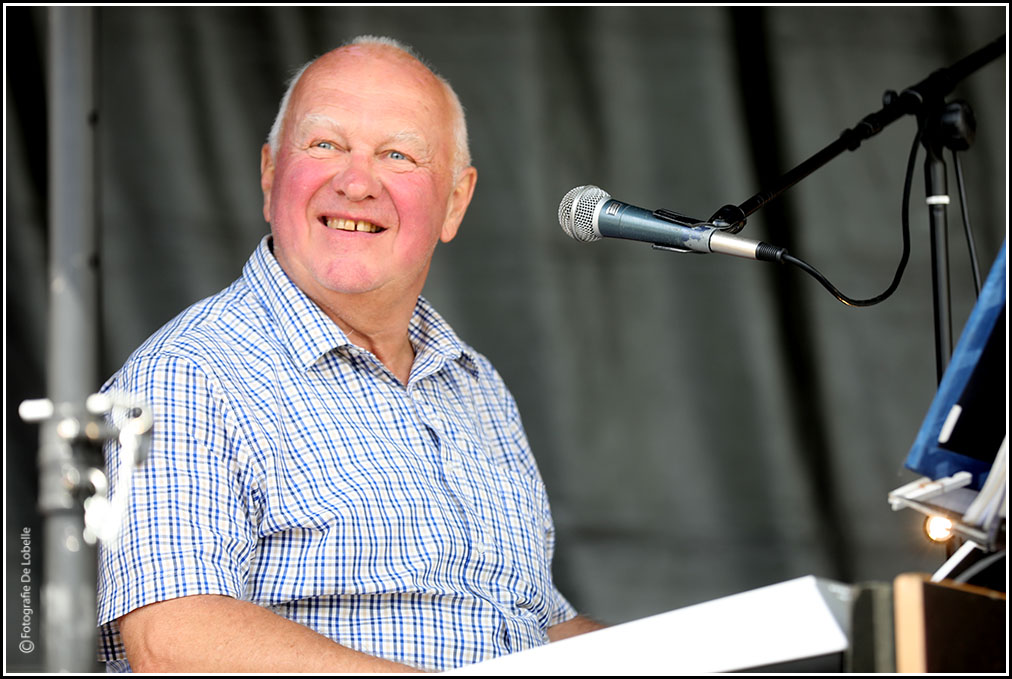 A fixed value at Kermis Windeke, Jan Parent, with singers Annelies and Zippora. Musical gems. Jan, Annelies and Zippora (what a singer) once again turned out to be perfect mood makers. The 2022 edition concluded on Wednesday 6 July with a real cycling spectacle. Many cycling enthusiasts followed the work of the newcomers and the elite ladies in a pleasant fairground atmosphere. Sporty entertainment, heroic duels, an exquisite course and every now and then a draft of passing riders.

Kermis Windeke is popular. Of course the Windeekse Groenbuiken are happy that many partygoers continue to descend on Scheldewindeke. Even rare birds are spotted. The care for a strong program, for accessibility, is the basis of success. A successful edition. (mvdv, photos ddl). 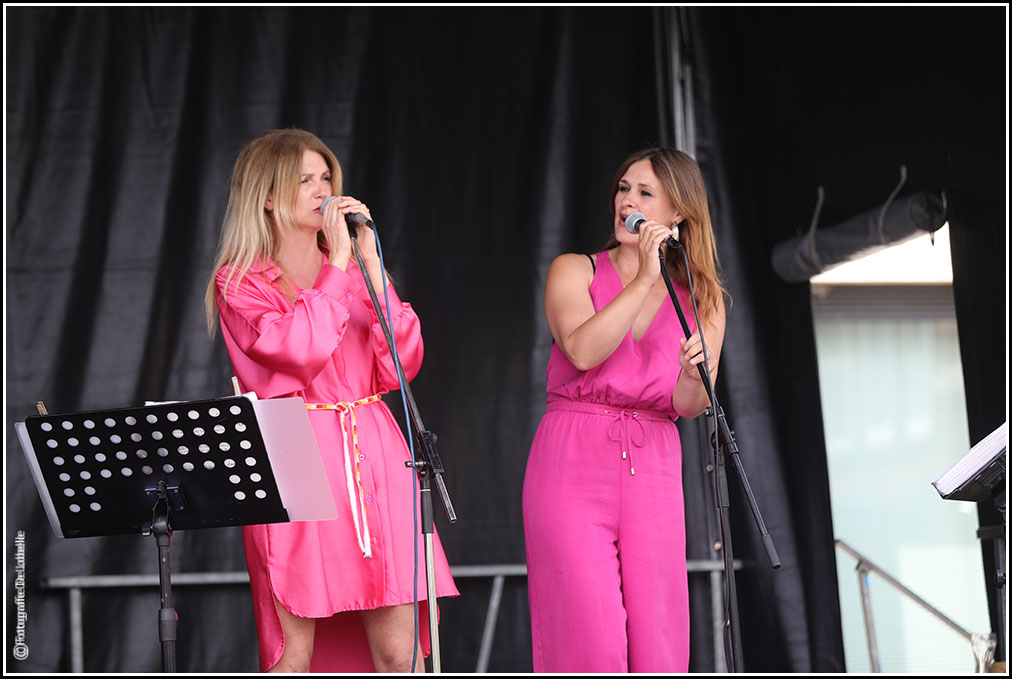 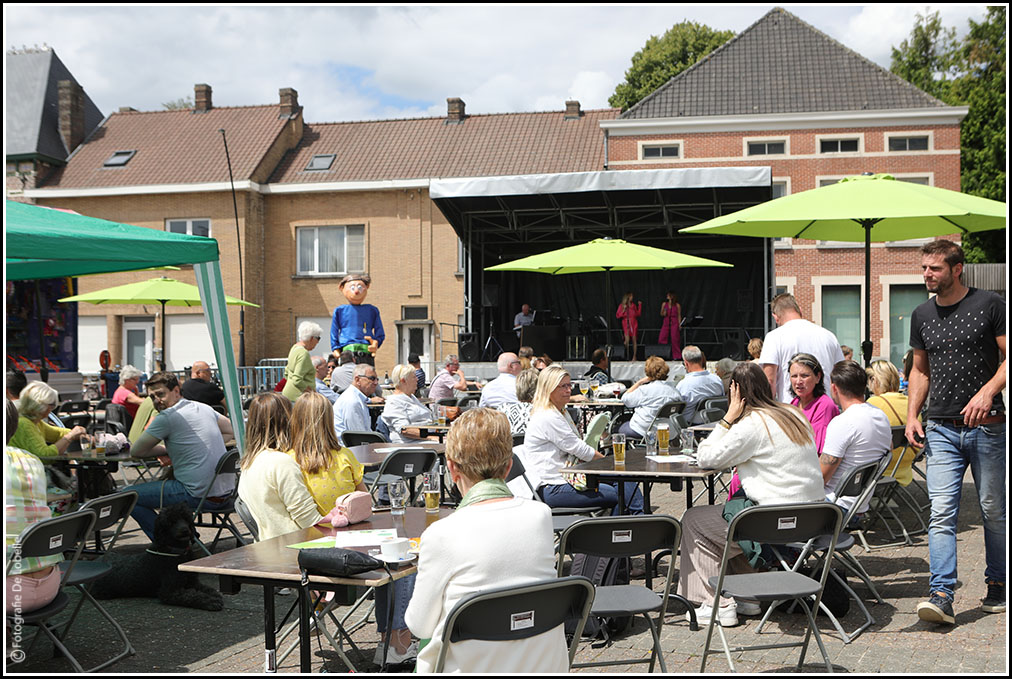 Herzele, first castle concert with The Bumblebeez a bull’s eye