Herzele, first castle concert with The Bumblebeez a bull’s eye

During the summer months of July and August, Herzeels Burchtplein is transformed into the place with numerous cover bands performances. After a three-year delay due to the known reason and at a slightly further location, the well-known box concerts continued on Tuesday.

The Bumblebeez was allowed to play in the summer at the castle concerts in Herzele and what created an ambiance on the grass square in front of the remains of the castle!! 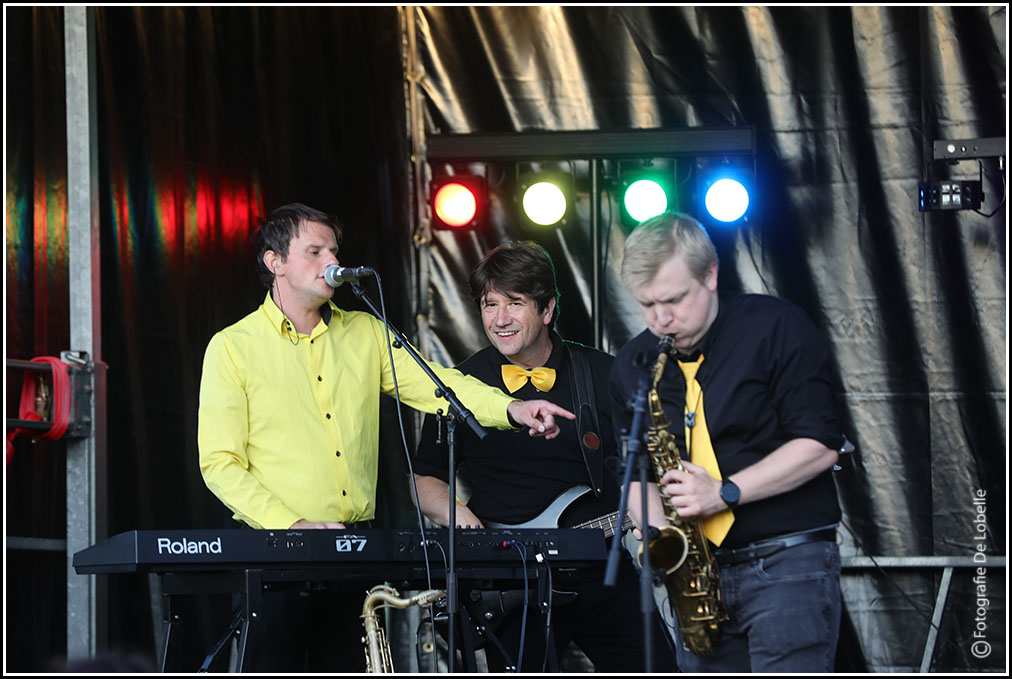 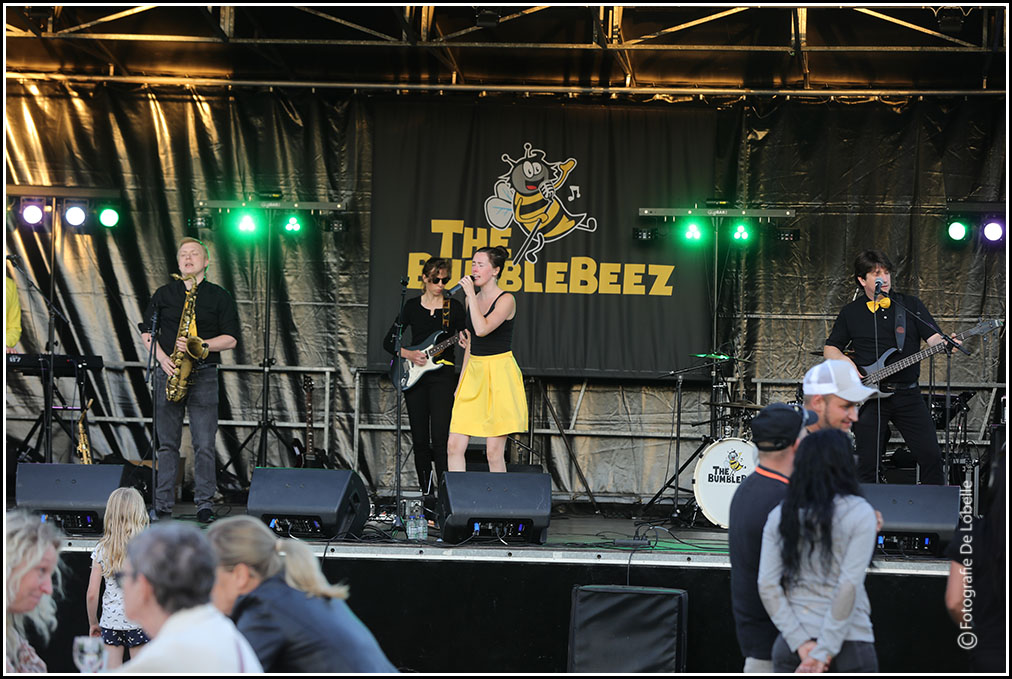 The BumbleBeez is a 6-piece party band that will take you through all facets of pop music during a full show. The best songs were reworked in their own creative way from the immense range of “one-hit” wonders and regular names in music history. With a large portion of ambiance and atmosphere, a successful performance is assured, yes even guaranteed. These 6 experienced musicians can take over and control the stage like no other and know how to entertain any audience. Funk, disco, dance, pop,… they don’t shy away from any genre. 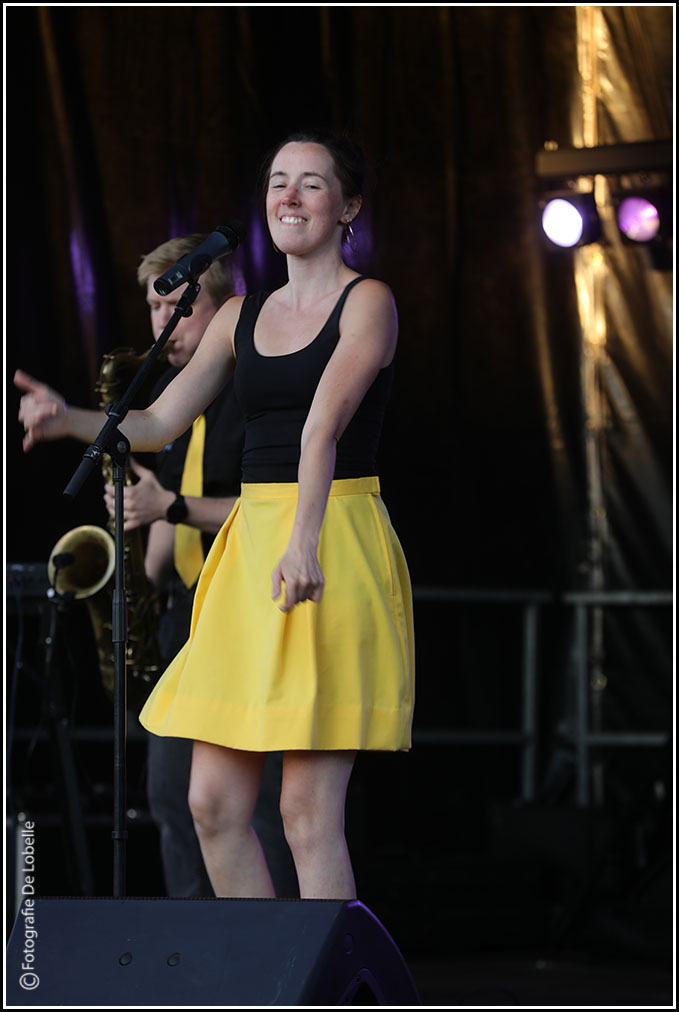 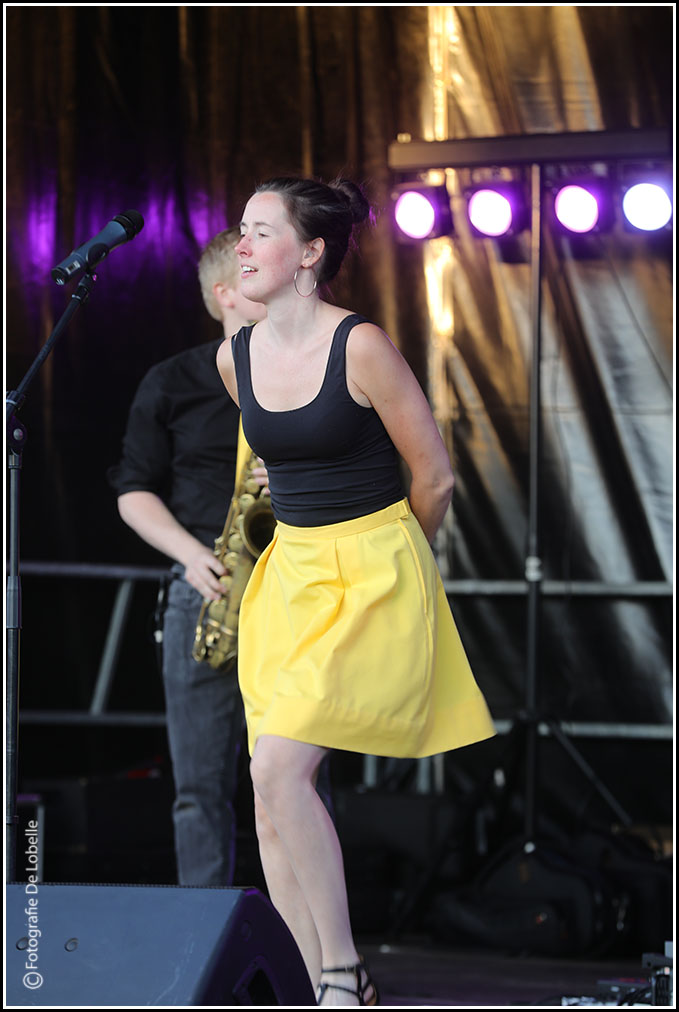 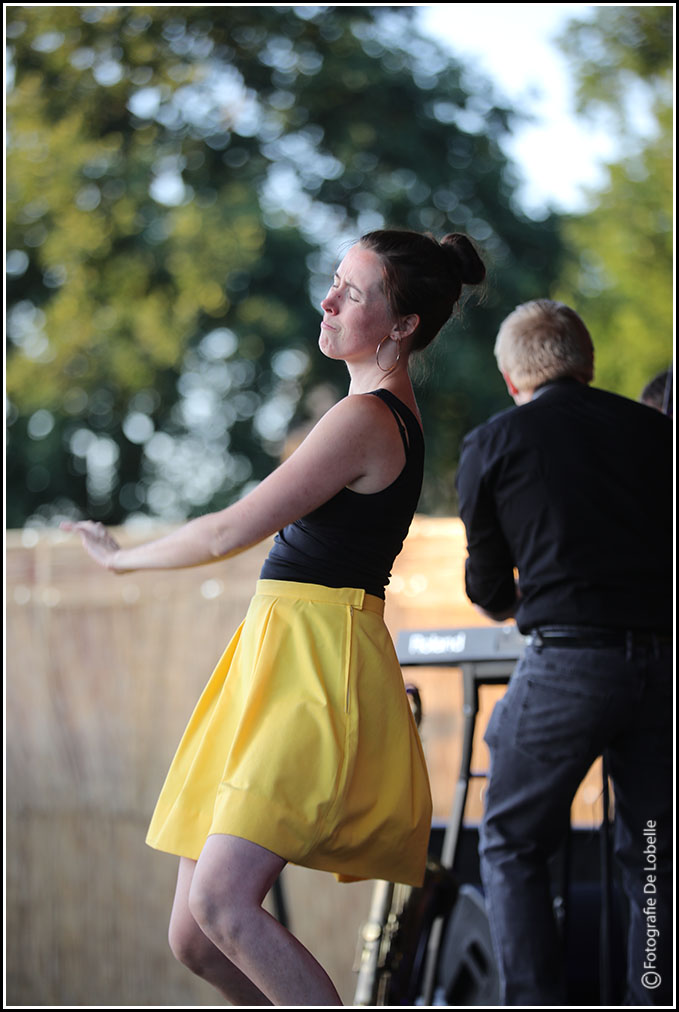 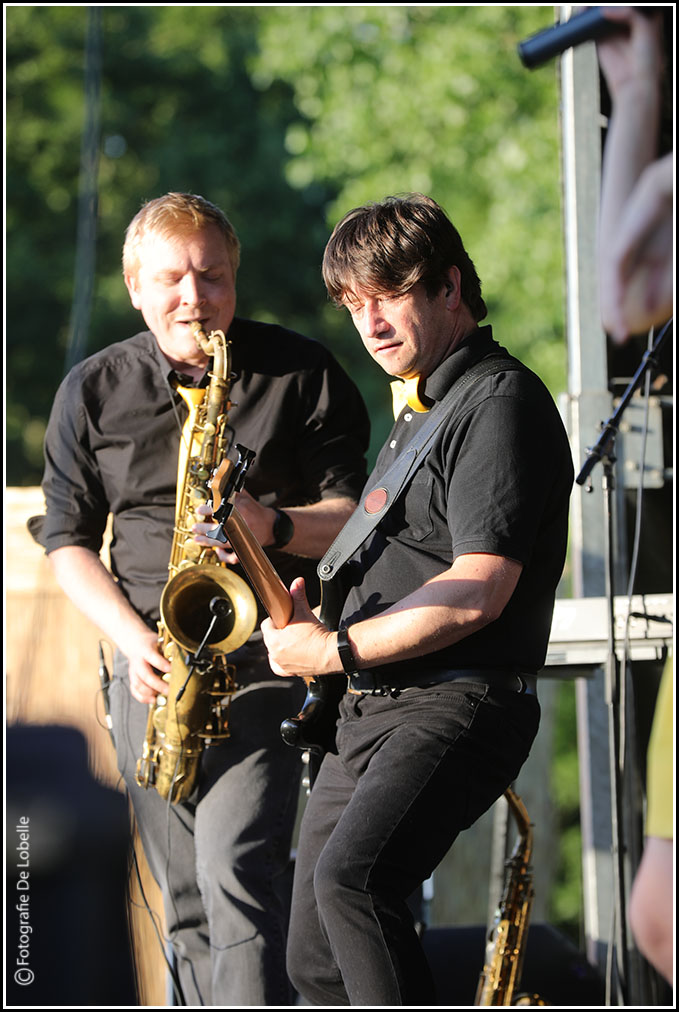 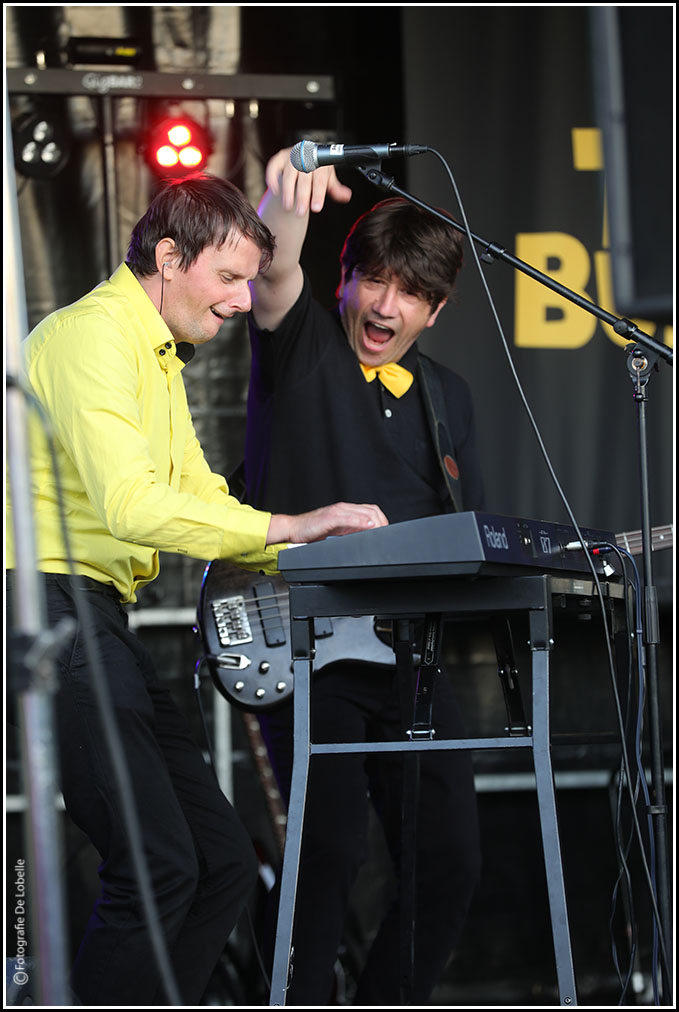 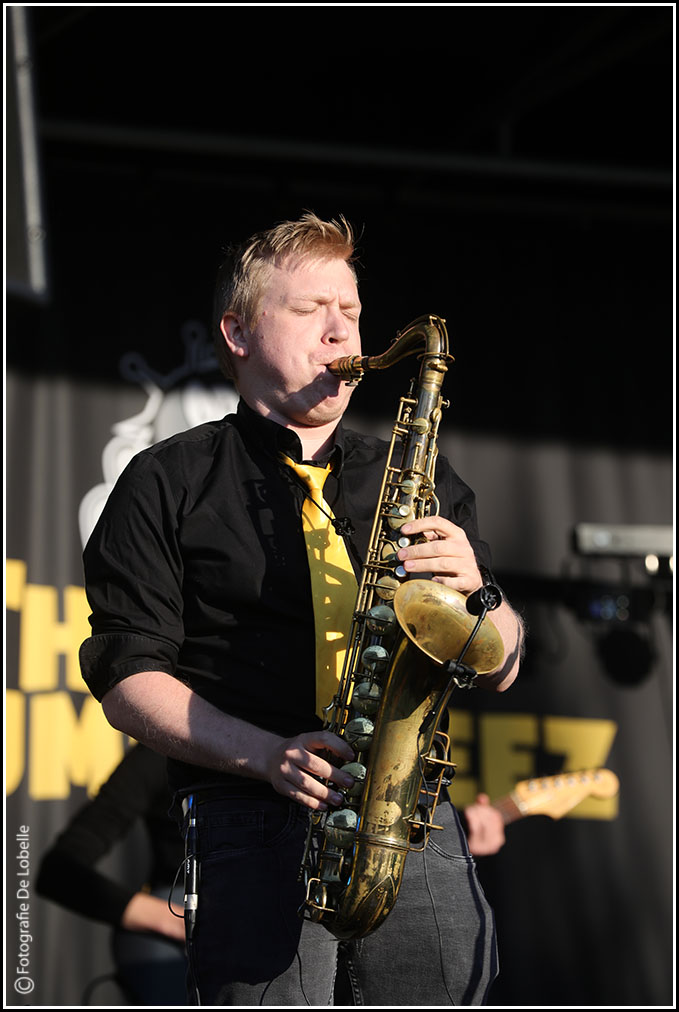 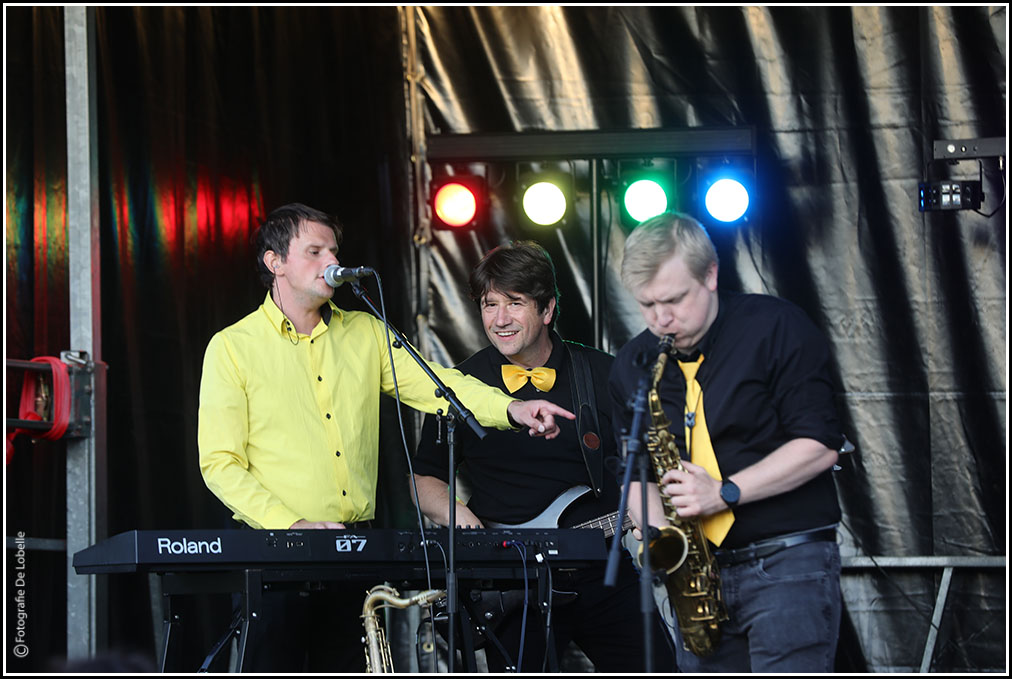 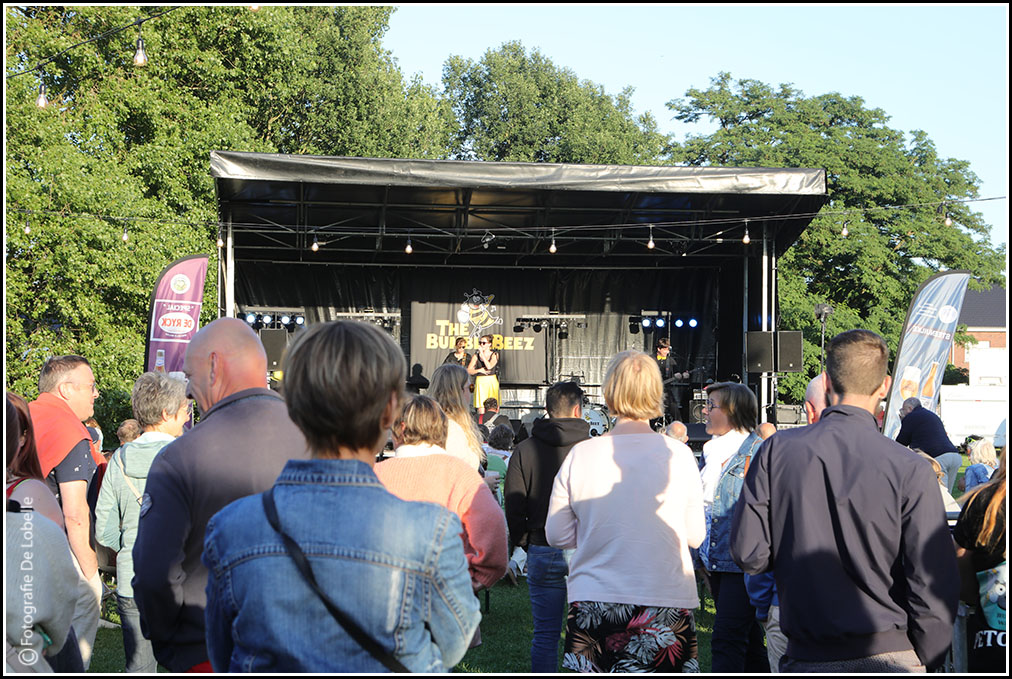 On Tuesday 12 July it will be the turn of Kwaremont Brodders: The Acoustic Engine starts at 8 pm at the castle site.

It all started two years ago during ‘Bar Provisoir’, a garden party with live performance where the two friends (and neighbours) Bart and Jan joined forces and mics to treat the audience to some karaoke songs. ‘The Kwaremont Brodders’ were born…

Met Swipedrinks you can buy tickets at the Burchtconcerts with your smartphone, easily treat friends by swiping and get drinks at the counter! This is how you avoid queues at the checkout

KultuurThuis – Warmwater Melle gives concerts, for the 12th year in a row, the Ghent Baroque Players perform a classical concert during the Gentse Feesten.