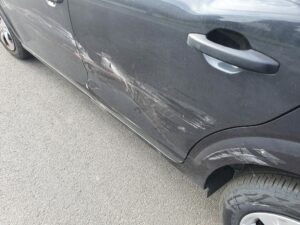 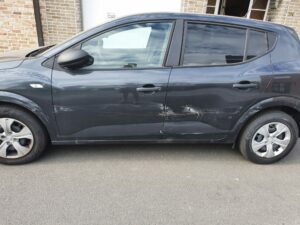 Uncertain. Wednesday, June 13, at 6 p.m., a car drove into Joachim’s parked car in the Volderstraat. The perpetrator committed a hit-and-run. Joachim filed a complaint and the driver was arrested. ‘It is the third time in two months that such an incident has happened in my street’, testifies Joachim.

On Wednesday, June 13, a driver drove her car through Volderstraat and collided with Joachim’s car, which was parked in front of his door. The car was damaged along its entire length. ‘I was shocked when I saw my damaged car. We just bought a new car and that costs a lot of money’, adds Joachim. The driver committed a hit-and-run. Joachim called the police. Not without success. The perpetrator could be traced: a woman from Brakel who drives a Porche. ‘Incomprehensible,’ Joachim responds, ‘I think it’s bad that she bumps into my car, but that she still commits a hit-and-run, shows a total lack of responsibility.’ The perpetrator must be held accountable.

‘It’s not the first time this has happened. Meanwhile, in the past two months, three drivers collided with parked cars and fled. It’s becoming a plague,” Joachim testifies. ‘My neighbor has also fallen victim to such brutality.’ According to Joachim, many cars drive way too fast through the Volderstraat. “Sometimes they’re in such a hurry that they become particularly careless.” Joachim hopes that measures will be taken to ensure that such crimes do not occur in the future.