Geraardsbergen remains the only candidate for new barracks 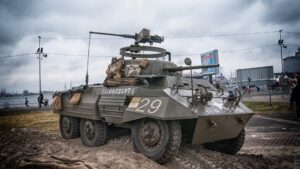 Geraardsbergen. We have just learned from well-informed sources that Geraardsbergen is the only candidate left for the Kwartier van de Toekomst, say the new barracks. Aalter would fall by the wayside with that. The decision is not yet certain. There is a chance that the decision will be postponed.

With this, the search for a suitable location for the new barracks in Geraardsbergen can begin. There is growing doubt about the Godsbergkouter as a suitable site for the construction of the barracks. There is a real chance that the construction of the project will be delayed for years due to a procedural battle. That is why we are looking for another location. In addition, the Unalsite on the Gaverstraat in Overboelare is being considered as one of the possible locations.