Luc Swartebroeckx: ‘Due to the bilingual nature of the barracks, employment for Geraardsbergen is simply halved.’ 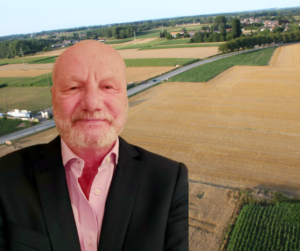 Geraardsbergen / Schendelbeke. ‘This document shows that the choice for the location of the barracks in Geraardsbergen is mainly based on the following arguments: the location near the language border with a view to establishing a bilingual unit; the support of the local government and Solva; the development of an SME zone’, explains Luc Swartebroeckx, the chairman of Weerbaar Geraardsbergen vzw. “We are further informed that the land will be purchased from 2025 at a budgeted amount of € 5 million and that construction will take place from 2027 to 2029 at a budgeted amount of € 220 million.”

‘The argument of mayor Guido De Padt about work for 1,000 to 1,500 people from Geraardsbergen therefore makes no sense: due to the bilingual nature of the barracks, employment for Geraardsbergen is simply halved. Furthermore, the support of the college of aldermen and of Solva are mentioned in the same breath. It is clear that, in addition to mayor Guido De Padt, the role of first alderman Fernand Van Trimpont as chairman of Solva was decisive in the decision.’

CD&V party of the farmers and the barracks
‘A remarkable finding when one considers that the CD&V is already making the effort in the world to present itself in the nitrogen dossier as the party of farmers. That it is precisely the party of the Boerenbond now rejoicing in the press that 70 hectares of valuable agricultural land are being taken from the farmers for the concrete of an army barracks: it must be unique. It is also distressing to note that the city council continues to turn a wheel in front of the population, for example by waving so-called citizen participation in the next steps in the file. Once again: participation in no way serves to sell a decision that has already been made to the population, but rather to arrive at a decision in consultation with the population: first creating support through participation and then deciding together, that is the essence of participation. First participation and then deciding, not the other way around.’

“But there is still hope in this case. The first actions in this file, in particular the purchase of the land, are foreseen from 2025 and thus after the elections of 2024. Perhaps the next federal government can then reverse and reverse the decision on the Schendelbeke barracks. So we already know who we should definitely not vote for in 2024′, concludes Luc Swartebroeckx.

Recommended Sunday in Zottegem: benefit concert Ukraine at Morre, with winner The Voice!