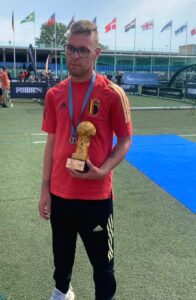 Houck Jelle from Voorde was allowed to represent our country for the Gothia Cup in Sweden with the Red Devils specials for the period from July 17 to July 21. Jelle and his team won a bronze medal. The Gothia Cup is an international youth association football tournament organized by professional football club BK Häcken and held annually in Gothenburg, Sweden since 1975.

Anyone who wants to admire Jelle and his current G KSV sottegem team can do so every Sunday morning. You can also train on Wednesday evenings from 18.30 to 19.30. Greetings ksv g-team 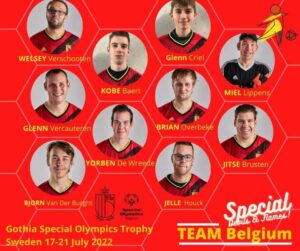 Footpath in Godveerdegem: lack of maintenance