In the foreseeable future, we foresee a zone 30 in the center of Munkzwalm, clarifies ships with mobility Patrick Moreels.

Patrick Moreels (Alderman for mobility in Zwalm): “It will only concern the short route between the Zwalmbeek and the railway. After some consultation, we obtained permission from the Roads and Traffic Agency.

As a result, we also comply with both our electoral promises and our management agreements.

This measure fits in with the forthcoming general and uniform speed policy plan for the entire municipality. This plan had previously been approved by the city council and was also presented in advance to the broad civil society, represented in the municipal traffic committee. The rollout is planned for late autumn, early next year.

We are therefore assured of a very large support base and well-substantiated file, in spite of a few “opinion makers”.

Of course there will be additional measures because we do know that placards – at least for some people – are only a decor.

Although there is a real chance of being caught, the number of checks still needs to be increased considerably, especially in dense neighborhoods and centres.

We have raised this sore point with the police several times in the past, but we are now hoping for improvement.

“Personally, I am only moderately fond of the current fine system because it is linear and therefore does not affect everyone equally, on the contrary.

Together with the national Vooruit party board, we will therefore continue to put pressure on us to finally work on a driving license with penalty points.”

The ultimate objective is to make the traffic quality of our densely populated centers and villages a lot more pleasant and safer and to slow down repeat offenders,” said the ships.

In Brakel we hear a different voice from the Vooruit faction that is in the opposition. There they are resolutely against the expansion of zone 30 and the question has been asked how many accidents have taken place in this proposed zone. The majority did not have a ready-made answer to this and went to inquire with the police services.

The number of accidents in Brakel as Zwalm will be very minimal in this zone. The serious accidents now happen in zones 70 where the car fragments will then fly around.

Within the foreseeable future and this term of office, major works are planned on the bridge over the Zwalmbeek in Munkzwalm. The speed will then be very low for months because there is no traffic possible there! 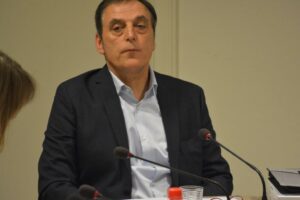 Zwalm under the ban of 30 km per hour