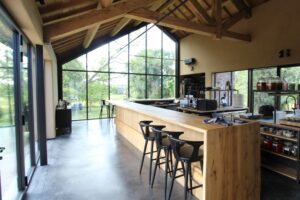 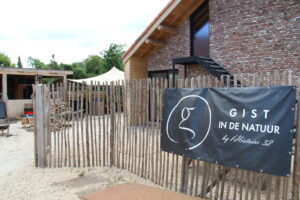 goeferdinge. Geraardsbergen has gained a top business with Atelier yeast. Jason Spinoy (29) and Laurence Menten (30) are still young, but the couple has already covered an impressive course. The culinary autodidacts were tipped by Gault&Millau as the best newcomers in 2018. Their cuisine is a combination of fermentation, wood fire, pure cuisine and regional products. The cuisine goes back to age-old traditions. ‘Ancient products with a view to the future’, says Jason. From Japan they brought the Yakitori trend and in Scandinavia they learned the finesse of the konro grill. “Don’t expect a stiff affair. Everything runs very smoothly here’, Laurence testifies. 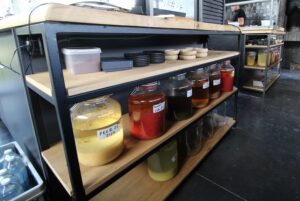 Jason Spinoy (29) and Laurence Menten (30) are not ready for their test piece. In 2018 they won the Gault&Millau with two restaurants. l’Histoire 32, which was then located in the Aalst Molenstraat, got an extra point and thus achieved a fantastic score of 14/20. With the newly opened Burnt, the couple immediately got 14.5 points. The culinary autodidacts were tipped by Gault&Millau as the best newcomers. In Aalst they developed an original grill concept. In the same year, chef Jason Spinoy won the ‘Culinary talent of the year’ award at the Venuez Hospitality Awards Belgium. The couple was then praised to heaven and their culinary Walhalla was described as ‘the culinary hotspot of Aalst’.

The passion for cooking runs in Jason’s blood. ‘When I was fifteen I started a cooking course at the hotel school in Aalst. I soon realized that the training was too theoretical. I wanted to learn the trade in the kitchen. From an early age I had the ambition to start my own business,” Jason testifies.

De Yakitori-trend
We hear the same story at Laurence. ‘I was working in a hair salon for several months when Jason asked me to take over a brasserie in Steenhuffel, my native village. We were not even twenty years old and barely three years together. We had no experience, but we did have a lot of enthusiasm and ambition. Jason took care of the kitchen while I focused on the hall. Gradually I professionalized myself by following the wine and tea sommelier training.’

After two and a half years, the couple called it quits. ‘The brasserie was a fun and educational experience, but not very exciting.’ Jason and Laurence were looking for their own concept to make their culinary mark. The couple went to the Molenstraat in Aalst in 2015 to write a new story. ‘We focused on the principle of the short chain, with fresh agricultural products from the region. We served different menus from 5 to 7 courses,” says Laurence. 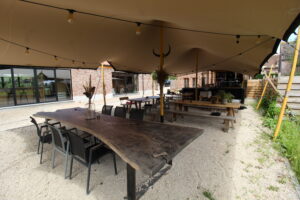 To gain inspiration, Laurence and Jason went on a study trip to Japan and Denmark, among other places. This is how they got to know the Yakitori trend. People sit together around a konro grill and pass their meal that way. The couple let such a whim happen and got to work. ‘The customers can follow the cooking process closely, which creates a pleasant dynamic’, says Jason. The grill is central to the concept. ‘With such a concept, we want to go back to the essence of cooking, focusing on the pure flavors.’ ‘We work with organic products with matching natural wines’, adds Laurence. ‘Moreover, the contact with the customers is more intense.’

Creativity and hard work
Since the beginning of this year, Laurence and Jason have had a small-scale experience restaurant on Goeferdingeplein, in the middle of nature. The renovation of the restaurant has just been completed and is open on Thursday, Friday and Saturday evenings. ‘We really wanted a farm, but we couldn’t find anything around Aalst. We only found a suitable property in the middle of nature in Goeferdinge.’

Laurence and Jason keep their concept. “There’s a bar to eat at while people watch us prepare the food,” Jason said. Before that, the couple managed an open-air restaurant under a shelter. ‘The conversion of an old barn into a restaurant took longer than planned. In the meantime we had to make do.’ Last year you could get acquainted with their kitchen during the summer pop up.

The restaurant has become a gem. Cozy yet spacious. The kitchen and the hall flow into each other. While the customers enjoy their culinary experience, they have a wide view of the rolling landscape of the Dender valley and they see cows walking in the meadow right next to them. In the meantime, you can marvel at the chefs who conjure up a rich palette of flavors on the plate with verve. For those who like to sit separately with a group, a comfortable corner has been worked out.

Laurence and Jason have converted their home in Goeferdinge into a nest for themselves and their baby, Tijm. The future looks promising for the young, creative family. The young couple is looking for a nice balance in their lives. ‘We want to work in a creative way. ‘What became clear to many during the corona period was already clear to us before that,’ Laurence adds. The corona period has 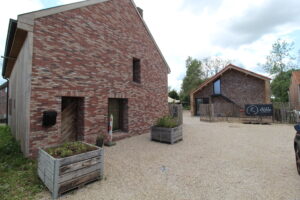 had a major financial impact. Laurence and Jason rented another restaurant in Aalst and were busy building in Goeferdinge. ‘Those were two difficult years that we were able to bridge through creativity and hard work. In the end everything fell into place.’

Fermentation
In October 2021, the young top talents opened a micro sourdough bakery in Aalst. The Bakery was christened ‘Gist’. You will only find bread and other pasta based on natural fermentation. ‘Sourdough bread is healthier than regular bread. Bread from the traditional bakery is already in the shop after three hours. Baking sourdough bread only gives you bread after three days’, says Jason. The long fermentation takes over part of the work of your body, making the digestion process faster. If you want a sourdough bread, it’s best to order one. The bread is sold on Wednesdays and Saturdays in Geraardsbergen and Aalst.

In the kitchen, too, a lot of effort is put into fermentation. ‘We work very hard with seasonal vegetables. We then extract juices from it and add salt. Then we put these juices in glass jars and let the natural fermentation do its work. The advantage is that you can store and use this product until the winter’, Jason adds. In the restaurant there are large jars with all kinds of juices and products that naturally ferment. The kitchen is a combination of fermentation, wood fire, pure cuisine and regional products.

Lacquer and ferment
Garum is also fermenting. This is made from ground meat, koji and salt. There is also homemade soy sauce, which is used to coat meat, among other things. Even vegetables are fermented. ‘You get a very different kind of cuisine. The digestion process is faster.’ You end up in a completely different culinary world, as it were.
The couple from Goeferdinge also wants to give workshops about baking bread, tea and juices. Later on, rooms will be added to the farm for customers who do not wish to return home after dinner.

Geraardsbergen has a top business richer. It is drumming in the region. Expectations are high, but the excellent reviews already promise that expectations will be far exceeded.

If you want a culinary adventure in a gracious environment, you can visit Atelier Gist, Goeferdingeplein 21, 9500 Goeferdinge. You can visit on Thursday, Friday and Saturday evenings. Friday afternoon you can also go there for lunch. Reservations can be made via: Atelier Gist 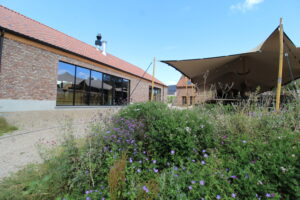 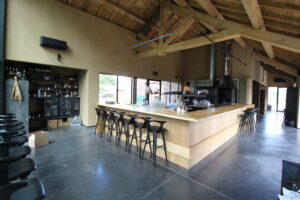 THE LOOK AT: MontmARTre Zottegem

THE LOOK AT: MontmARTre Zottegem