Reader’s letter: ‘I am deeply disappointed with the policy.’ 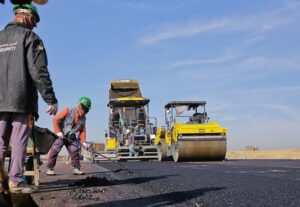 Territory of Overboelare, AWV started on Monday 8/08 with asphalt works on the Groteweg (N42).

The Groteweg (N42) was completely closed to all traffic between the Aveve and the intersection with the Donkerstraat.

Before the works would start, it was clearly indicated that heavy transport (+7.5 tons) would not be diverted via Donkerstraat.

Only in case of local traffic excepted (see current sign at the beginning of the street).

In front of the roundabout in Lessines there is a diversion sign indicating that heavy transport (+7.5 tons) is being diverted via Ronse and Brakel.

On Monday, August 8, this was totally ignored by the truck drivers and they drove into Donkerstraat.

This narrow street is not suitable for this and where there is still a traffic island.

I informed the Mayor of this by telephone on August 8, who indicated that he would pass this on to his police service.

I then received a text message from the mayor:

Asked the police to comply with the tonnage restriction (7.5 tons).

I also went to the police station and they would check the detour signs, they hadn’t received anything about that yet.

The inspector agreed that this is indeed not a street for such transport. I was received with understanding by the police.

Today, 11/08 I notice that an adjustment has been made, there is now a diversion sign that heavy freight (+7.5 tons) is being diverted along the Donkerstraat.

While the diversion sign at the Lessen roundabout is still there (Brakel/Ronse diversion).

I sent this to the mayor today by text message and he writes:

You may not know that the works, including signage, are being carried out by the Flemish Region. Not by the municipality.

But I will deliver your message.

The Donkerstraat falls under his jurisdiction, how can you bow to the great player????

I am deeply disappointed in the policy of Mayor De Padt. This also applies to residents.