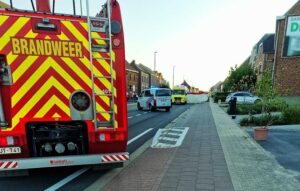 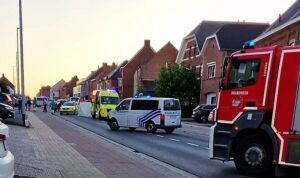 Sint-Maria-Lierde. At 8 p.m. on Friday evening, August 12, a serious traffic accident occurred on the Steenweg (N8) in Lierde. A car ran into it on a motorcycle in front. The blow was severe. The motorcyclist (°1969, from Herzele) was taken to hospital with serious skull trauma, but later succumbed to his injuries. The public prosecutor appointed a traffic expert. Both the car and motorcycle were seized for further investigation. The driver’s license of the driver of the car (°1983 from Spiere-Herkijn) was revoked for 15 days.