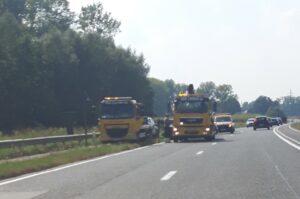 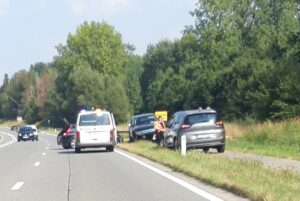 Geraardsbergen/Ninove. On Thursday, August 18, a serious car accident occurred on Tabakslaan in which several cars were involved. At the moment there is still no concrete information. It is believed that two cars traveling in opposite directions collided and a third car was involved. One of the cars ended up in the embankment, while the other was transverse to the roadway. The blow was severe. The cars are heavily damaged. Traffic had to move over one lane. Both the MUG and the tow trucks were involved.