Balt Van Onacker: ‘The Abtenhuis is the best thing that ever happened to me.’ 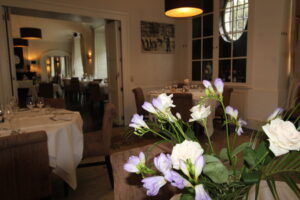 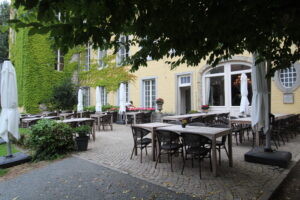 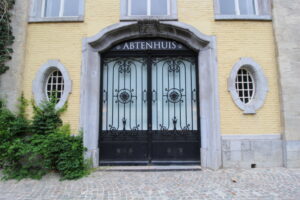 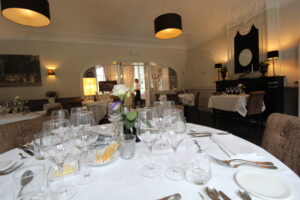 Geraardsbergen. Balt Van Onacker is only 26 years old and successfully runs the Abtenhuis. He grew up in the hospitality industry and learned the trade that way. His mother gave him the urge to become an entrepreneur. He is extremely proud of his team. “It wouldn’t work without them.” He also forges a deep bond with his guests. ‘Some of our guests have known me since childhood. They feel like family.’ His mother has a nose for top locations. At first she ran the Zwadderkotmolen for many years. Via yet another intermediate station she ended up in the Abtenhuis. Now that the case is in good hands, she will probably take up her last challenge in the Margaretha’s in Oudenaarde. But with this family you never know. The Abtenhuis runs like a well-oiled machine and despite Balt’s unobtrusive but attentive service during the service, he is firmly in control. How does he manage it? A conversation… 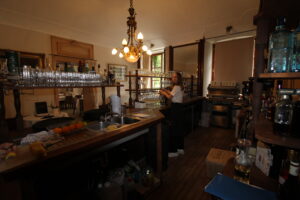 Balt Van Onacker is 26 years old and successfully runs the Abtenhuis, a stylish restaurant in the Abdijpark. The park is a historic environment and forms the green lung in the center of Geraardsbergen. The young talent followed a meandering course in education. Studying was not for him. ‘I prefer to learn by doing’, Balt knows. He went in the direction he is most familiar with. ‘I was born and raised in the hospitality industry. Both my mother and father have a restaurant. I spent my childhood in good culinary company’, Balt Van Onacker testifies.

Historical frameworks
Balt’s father ran restaurant De Karper in picturesque Machelen-aan-de-Leie. His mother successfully ran the Zwadderkotmolen in the Flemish Ardennes for many years. If you want to be culinary surprised and spoiled, you should definitely pass by the rustic and historic building. The Zwadderkotmolen is an overshot water mill, situated in Oossebeek in the Flemish Ardennes, more specifically in Mater, a sub-municipality of Oudenaarde. The overshot mill is already mentioned on the Ferraris map. In 1809 the mill was converted into a grain mill. In 1852 an oil mill was built next to it. The Zwadderkotmolen was in use until 1965. Since 1993 the mill has been protected as a monument.

In this very stimulating and stimulating environment, Balt Van Onacker developed his desire to do business and his love for the hospitality industry. ‘I was born with the craft. I also learned how to deal with the guests and the staff.’ The bond Balt has with his customers and his staff is not fleeting and superficial. ‘The Zwadderkotmolen offered an inventive and original culinary experience. We had a deep bond with the visitors. Over the years they became friends. After all these years I still meet them in the Abtenhuis. Some of our guests have known me since childhood. They feel like family.’ 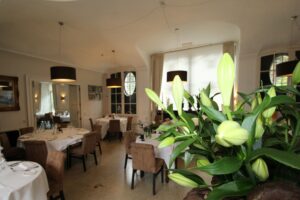 ‘A pleasant city with strong assets’
Balt’s mother sold the Zwadderkotmolen and took on a new challenge in the Book Seat in the Muziekbos in Ronse. This is where the young Balt gained his first work experience. Her searching spirit and sophisticated entrepreneurship eventually brought Balt’s mother to the Abtenhuis. ‘That gave me the desire to fully continue in the hospitality industry. At home I have seen several times that running a restaurant demands a lot from the person and the environment. But as I get older I noticed that you get a lot in return. It is a privilege to receive, spoil and work with good staff.’

In the meantime Balt has taken over the Abtenhuis from his mother and she is taking on her last culinary challenge in the Margaretha’s in Oudenaarde. In the meantime, this business is also run by Balt. The restaurant is a historic building located on the Oudenaarde Market. Chance? It is now clear that the enterprising family has a knack for combining the culinary with a beautiful historical setting. Is that the success formula of the top restaurants she has molded? ‘What has driven us is the passion to do better and better. Not at all costs, but in collaboration with a good team of employees’, Balt testifies.

For Balt, the Abtenhuis is a prime location. ‘The setting is unique and Geraardsbergen is a pleasant city with many strong assets’, says the twenty-six-year-old entrepreneur. Balt rents the building from the city of Geraardsbergen. ‘This location is the proverbial needle in the haystack for us. ‘If you run this business with your heart, success is assured’, adds Balt. The redevelopment of the Abbey Park is a real boost for the Abtenhuis. ‘The Abbey Park is alive. A lot of people are coming.’ 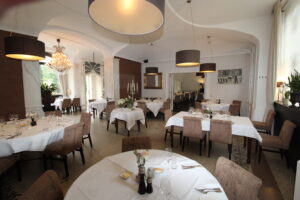 What is the Abtenhuis’s formula for success? ‘All the pieces of the puzzle have to fit together perfectly. Every cog in the system has to turn perfectly for the whole thing to work.’ Working with fresh and as many regional products as possible is the starting point in any case. ‘We work with a varied but well-coordinated team of employees. They know their craft through and through, but what binds them is the passion for the job. That means they go all out with every service.’ Anyone who has already visited the store has already been able to enjoy well-balanced menus and professional, smooth service. Balt keeps a close eye on things by talking a lot with the guests. ‘The suggestions of the customers are very important. We will make adjustments where necessary. That makes us stronger.’

Where did Balt learn the tricks of the trade? ‘Glory where credit is due. I learned the trade from my mother. She has coached and guided me over the years. “I’m lucky to have a top team. That means that we can counteract it for the full one hundred percent with every service.’ Balt is a team player. He stands in between, not above his teammates.

Quality products for a competitive price
The greatest asset of the Abtenhuis is undoubtedly the competitive relationship between price and quality. For a reasonable price you get an all-in menu with fresh quality products. ‘In the restaurant we can 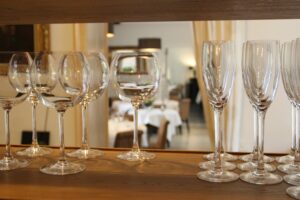 serve large groups of people comfortably. This allows us to order large batches of fresh quality products for a competitive price. The guest can take advantage of this and is offered a competitive price setting.’ The standard is high. ‘Whether we cook for a table of 10 or for a room of 140 guests, the quality of the event must be the same.’

Geraardsbergen is a very pleasant city for Balt Van Onacker to do. ‘It is a city with many assets. In the culinary field, the region has a lot to offer. The Geraardsbergen resident needs some time to get to know you, but once this is the case, he will take you into his heart. They are warm people who support each other through thick and thin. I lost my heart to it.’ If Balt can put forward a point of improvement, it is the fact that he is asking to cooperate better with the city of Geraardsbergen when festivities are organized in the Abdijpark. ‘I am sure that we can come to a good cooperation in the best relationship. I would like a little more public-private partnership.’

Balt used to live in the Duivenstraat in Geraardsbergen, but then went to look for peace in Vloesberg. He keeps himself fit by exercising regularly. He does not excel in a particular discipline, but likes variety. During his free moments he enjoys the little things: a good book, a good conversation, a long walk with his dog Max in nature, good food… ‘I try to maintain a balance between my work and my private life. Balt and his team are still very eager to spoil the guests in the coming years with the best of what the region has to offer. ‘The Abtenhuis is the best thing that ever happened to me. I want to keep it that way.’

If you want to enjoy a nice dinner with family and friends in a unique setting, you can book via: The Abbot’s House 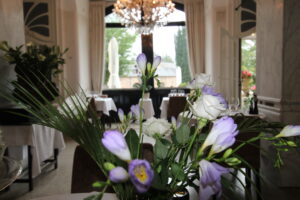 Car against tractor in Nederbrakel

Car against tractor in Nederbrakel