Forward Gijzel Oosterzele’s women’s team started strongly in the Belgian Cup. With 8-2, the A-team has booked a truly impressive victory against the renowned Sint-Truiden VV. The motivated VGO ladies immediately give extra strength to their ambitions. A women’s team with a soul. Winning with a street lead, the VGO – ladies have once again surprised in a sporting way. There is something alive in the women’s teams, after the title in the second provincial, the hunger is far from satisfied. 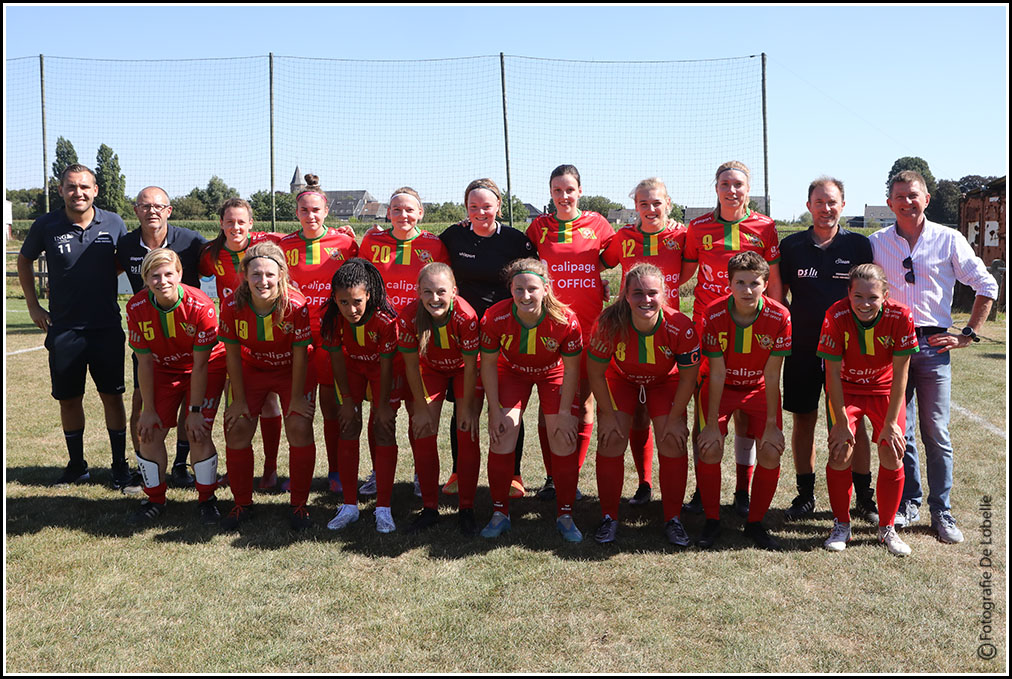 The stakes were clear. VGO started against Sint – Truiden very well and without any complexity. It quickly became 2 – 0, and the VGO ladies just kept going and pushed Sint-Truiden to the limit, who also managed to score twice from a few possibilities. Final 8 – 2. VGO’s rev counter was running at full throttle, eight hits please. Simply put, the VGO – women’s team has a lot that a modern team should have, individual actions, running ability, speed, scoring ability and work ethic. Dominant. In a physically demanding competition in the first provincial, we see this team standing its ground. The challenge now is to continue to play strong and be decisive every week in, week out. Just like last season – the A – team won all its games – be productive. The constant in performance is necessary if you want the top. The VGO – ladies do not only play football with a flair of self-confidence, there is a close-knit team on the field. They are rooting for each other that it has no name. That promises for the upcoming match in the Cup and the upcoming competition. In the first provincial, the spry VGO – ladies play against Aalst, Evergem, Erembodegem, Mariakerke, Ninove, Serskamp – Schellebelle, Beveren, Borsbeke, Merelbeke, Waasmunster and Zele.

The first hurdle has been cleared in the Belgian Cup. On Saturday, August 20, the VGO women’s team will travel to Westerlo. Kick-off: 2 p.m. The second hurdle in and against Westerlo (team from the first national) does not announce itself easily. But VGO is smart and crafty. Anyone who is fond of the VGO women’s team hopes for a successful follow-up of VGO in the Belgian Cup. The ladies can make history again. Thumbs up. (mvdv, photos ddl) 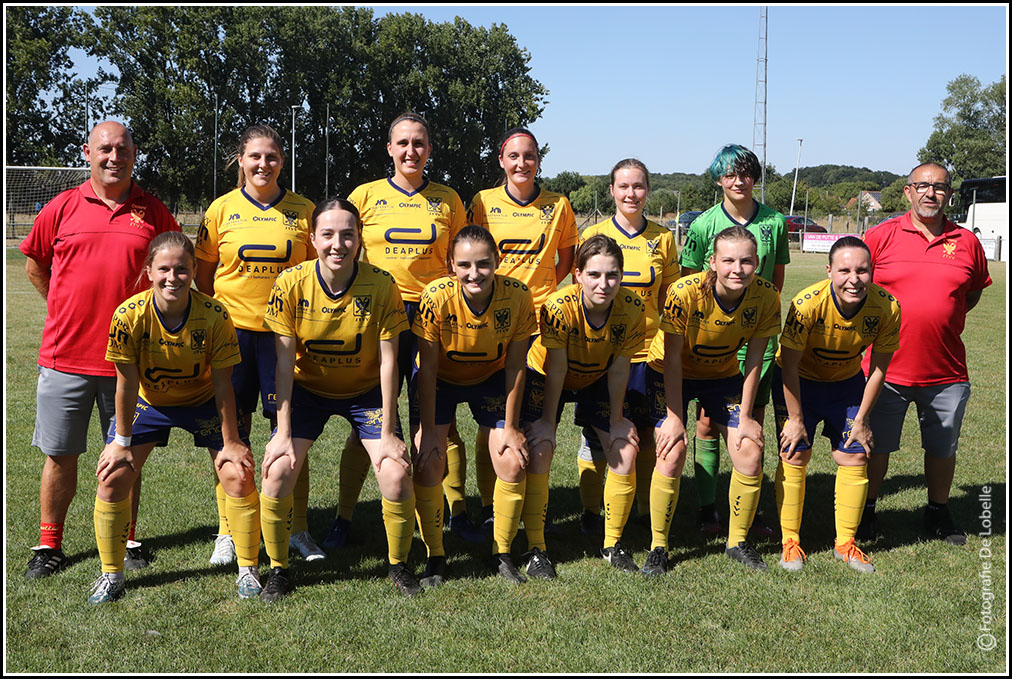 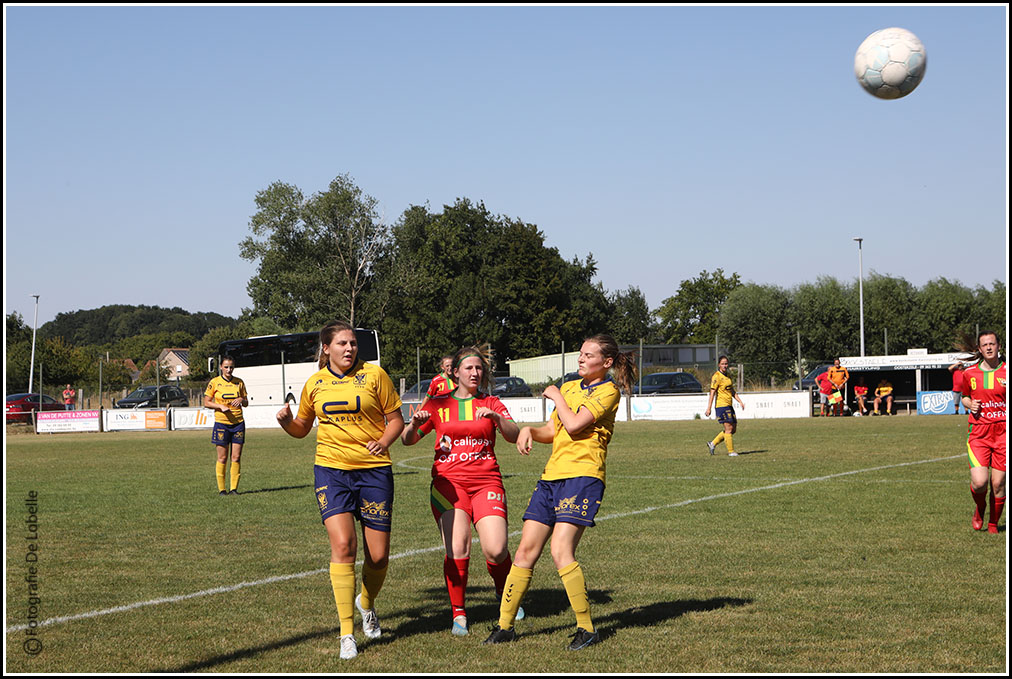 The players fight for each other and the atmosphere is excellent. The collective spirit determines the current state of affairs. The four keywords: club love, attitude, together, desire, apply. A group fighting together. A team with a winning mentality. Commitment, physical strength, footballing ability. The VGO board can be proud of itself, it worked well in attracting a passionate coaching staff. There is a clear game system in place. There are real ‘scum’ in between, or should we say smart players. Just make a mistake at the right time in the interest of the team, for example to stop a counter from the opponent. There is a good group spirit present. And it’s not played. It falls on. Going through fire for each other on the field. There are also strong characters in the group. The women’s teams of VGO have coaches who can convey their vision to the players and that the players can translate them to the field. We like to point out the good mentality at VGO – ladies. The ladies feel at home at VoorVoor Gijzel Oosterzele. They have ended up at a family club par excellence, one very cozy club, very familiar, it becomes one big family. A few things stand out in the women’s teams: the striking club love, the friendship that has been there from the start, the ambition to win prizes. The women’s teams want to score, take up the challenge to take the title, dare to express their ambitions. The VGO ladies in 2 provincial B demonstrated their efficiency in Juventus Schoonaarde on Friday evening 22 October with 11 goals. Soon we will bring the ladies of 2 provincial B in the picture, literally and figuratively. The women’s team in third provincial C (see photos by our Nuus photographer Danny De Lobelle) lived up to its name of killer on Saturday afternoon. A particularly well-organized VGO recorded its third consecutive season victory. VGO drew the most beautiful patterns, formed a solid block, it resulted in a 6 – 2 victory against Jago Sint – Amandsberg. (mvdv, photos DDL).