96.3% of the inhabitants of Oosterzelen do NOT want a new administrative center according to the plans that the majority is now proposing. Like Open Vld plus, they are convinced that it is more important to invest more in road safety, sports and youth infrastructure, according to a large citizen survey.

In recent weeks, the Open Vld plus faction held a large citizen survey among all residents of Oosterzelen. Both online (via the website www.welofgeenac.be) as well as through a door-to-door brochure, the people of Oosterzelen could let them know what they prefer: a new administrative center (AC) worth 6.3 million euros, or invest more in road safety, sports and youth. 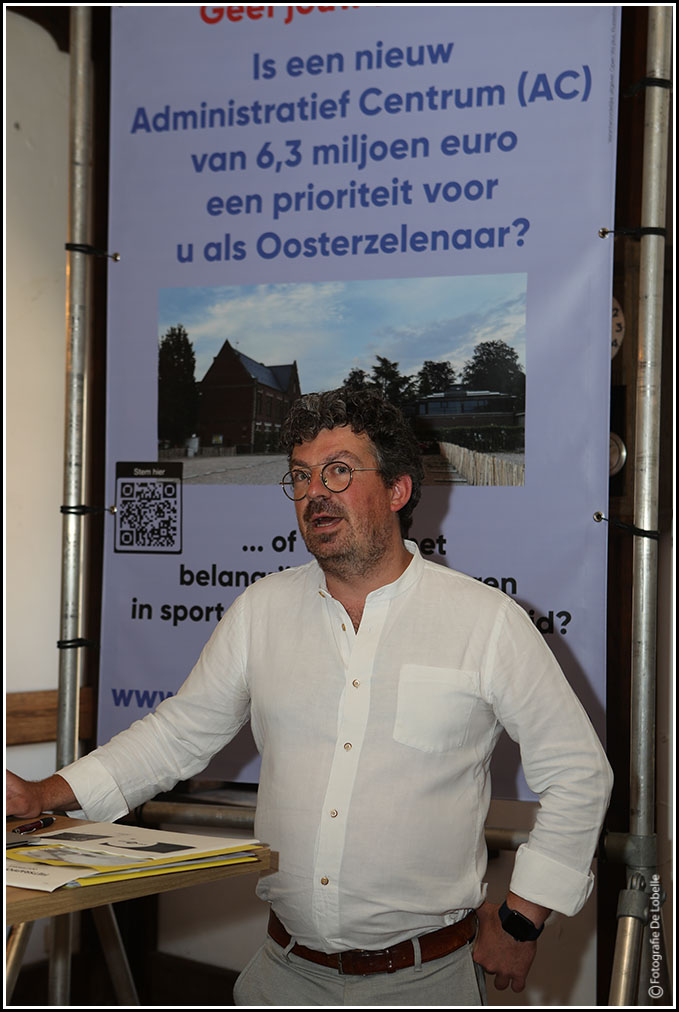 Open Vld plus faction leader Filip Michiels: “The inhabitants of Oosterzelen voted en masse. We received 791 answers (of which only 28 were anonymous). 762 inhabitants answered that it is more important for them to invest more in road safety, sports and youth. Only 29 people from Oosterzelen who completed the survey indicate that they think a new administrative center is a good idea, as the majority now proposes. With a margin of error of less than 4%, it is therefore very clear that there is no support for the new AC. Only 3.66% of the inhabitants support the plans of the CD&V-N/VA majority and therefore more than 96% of all people from Oosterzen agree with our view that there are more important things to invest in than in a too large, new AC.”

A renovation of the existing town hall with good services for the population remains a must for Open Vld Plus as well. But the new AC will be a 6.3 million euro project with little future-oriented thinking. For example, the wishes program does not take into account working from home or flexiwork. Each official still gets his or her desk. More digitization in addition to services in the town hall still does not seem to be a keyword for this board. A missed opportunity, because that is exactly what the Flemish government is aiming for.

Moreover, the realization of this building does not take into account a possible merger with a neighboring municipality. Something that the majority actually talks about.

Hollebeek recycling park is getting a complete makeover

Balt Van Onacker: ‘The Abtenhuis is the best thing that ever happened to me.’

Balt Van Onacker: 'The Abtenhuis is the best thing that ever happened to me.'