Faded glory or where time stood still for 3 years? – “the water play element” in Zwalm

We recently wrote an article about the water play element in which the province complained about the maintenance.

Water play element at the Zwalmmolen has not been working for several years now! – NUUS

Guido De Temmerman’s response: “Together with the board under mayor Karen Colfmacker, the province, the then alderman for tourism (myself- Guido De Temmerman) and Johan Van Lier, the current Streekpunt at the Zwalmmolen was realized to promote the Twaalfdorpenparadijs over the Zwalm’s borders, even abroad. With the help of the province, the water element was also placed opposite the Streekpunt with the possibility of pleasant refreshment for the walkers / holidaymakers. There was an agreement with the province that maintenance should be in the hands of the municipality, as a good father would take care of. What is now apparent after 3 years during the current legislature: volunteers shrunk from 16 to 6, one annual kick-off meeting for this limited number of volunteers without adjustment or follow-up consultation. How big is their involvement then? For the non-functioning of the water element, the province and the youth huddled together are to blame, a second garbage can on the water experience site is not possible, what’s more, the Zwarte Piet is being transferred from the municipality to the province and vice versa. There was also previously the option to charge the e-bike on the side of the Streekpunt, but the gate is now closed and locked??? The electricity that was stored there came from the hydropower generated by the wheel of the Zwalmmolen… Talk about sustainable management! What once became one of my cherished “children” is now languishing because there is no money to spend in it. It has also become part of Zwalm’s heritage. Where is the initiative of the board to do something about it?” 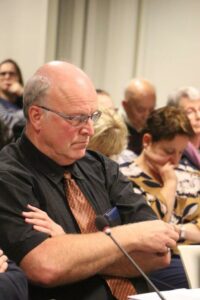 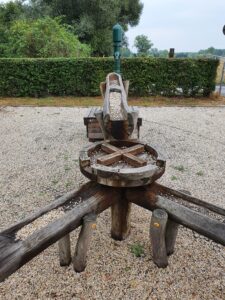