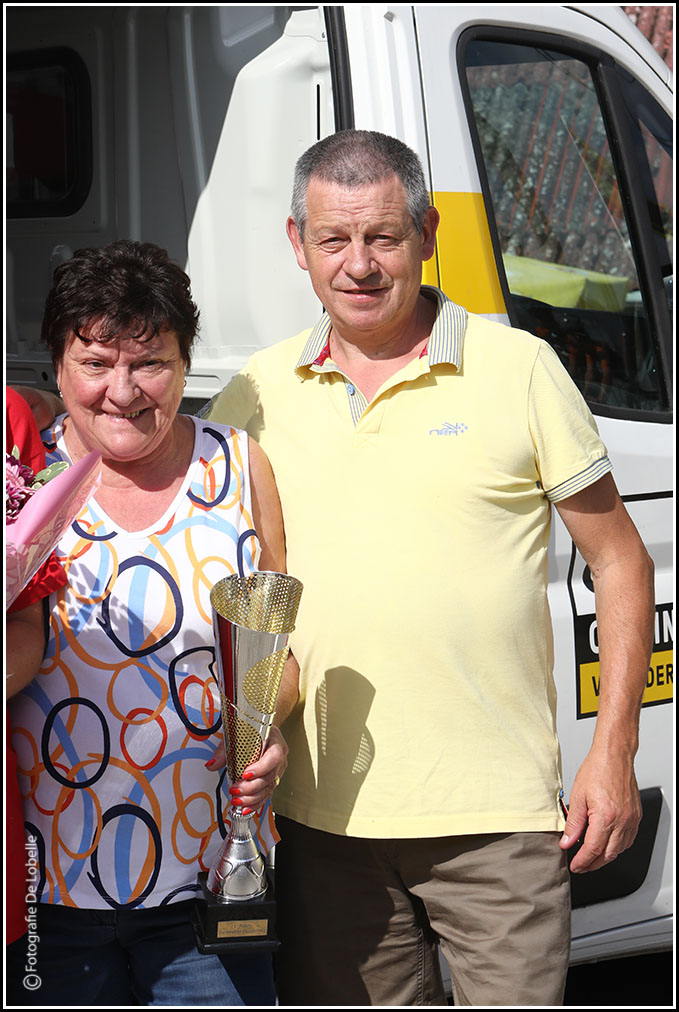 Rudy and Conny Colman from café De Steenput organized for the 35ste times their fair price, on Saturday for the novices and Monday for the elite ladies. Everything was provisionally talked together by Koer reportage man Kurt De Gelas. 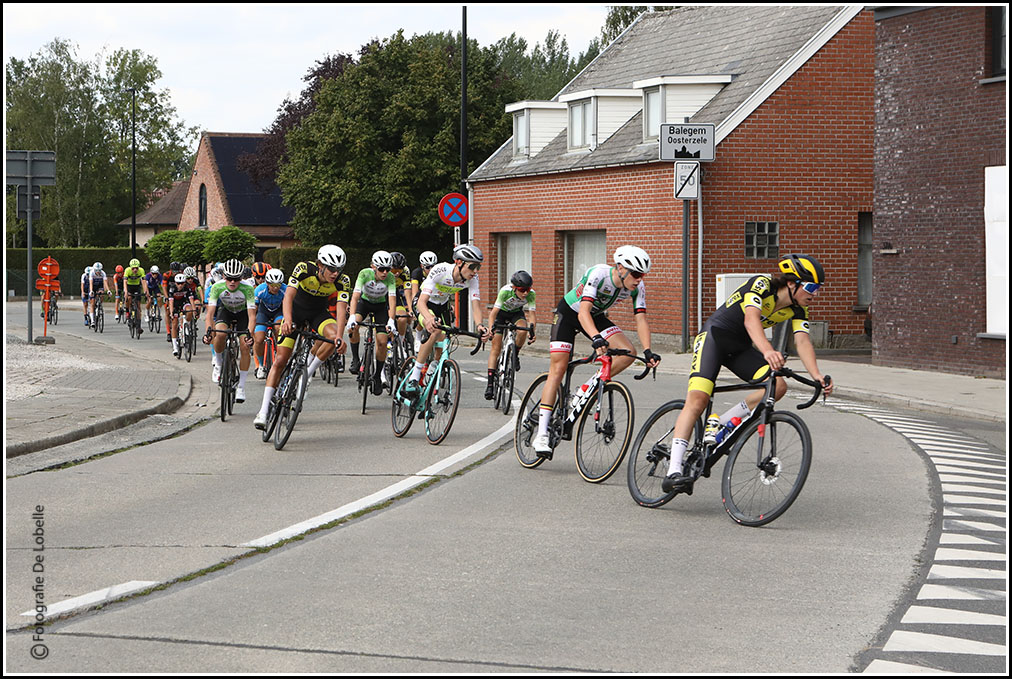 They could count on 68 participants for the newcomers, of which 12 foreigners, had to contest 8 laps good for 66 km. A crash in the first round already eliminated some participants and a breakaway with 5 held. They went into the last round together with a bonus of just under two minutes. Yet there was no sprint for the victory because class man Cedric Keppens from Vlierzele was able to break free as East Flemish champion (15of blessing) and get a nice jump victory. If 2of Matthijs De Clercq, 3of Lomme Van den Meerssche. 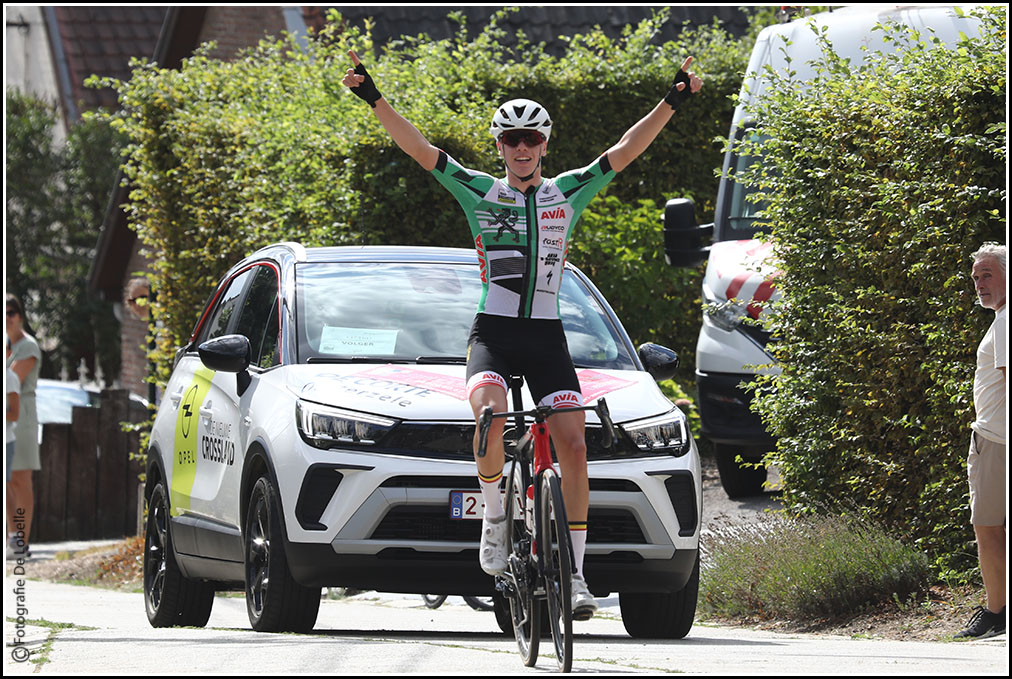 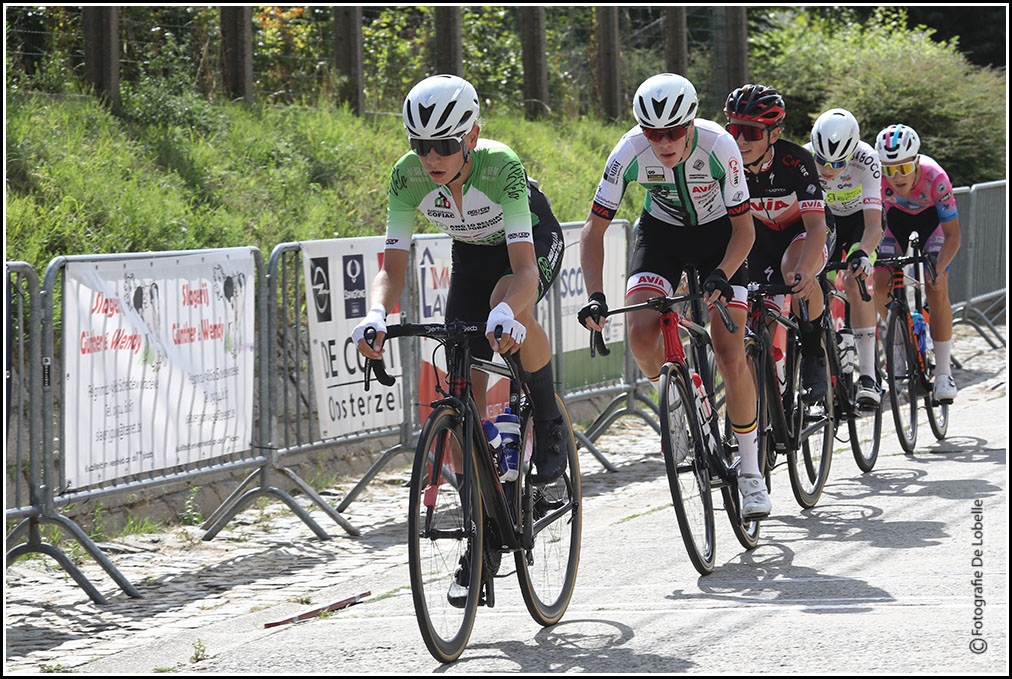 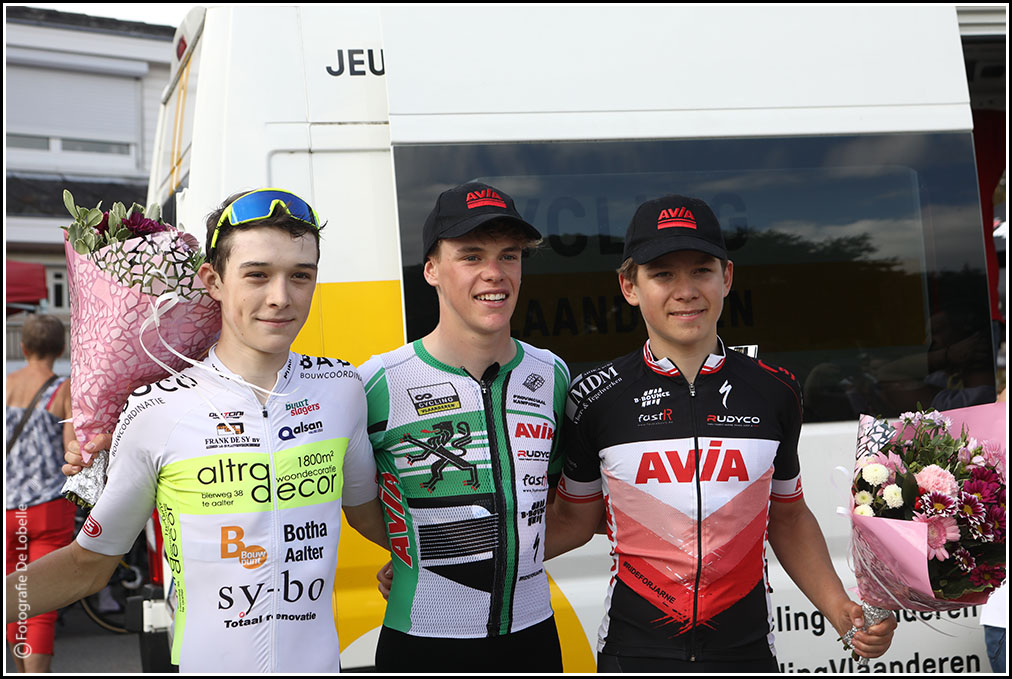 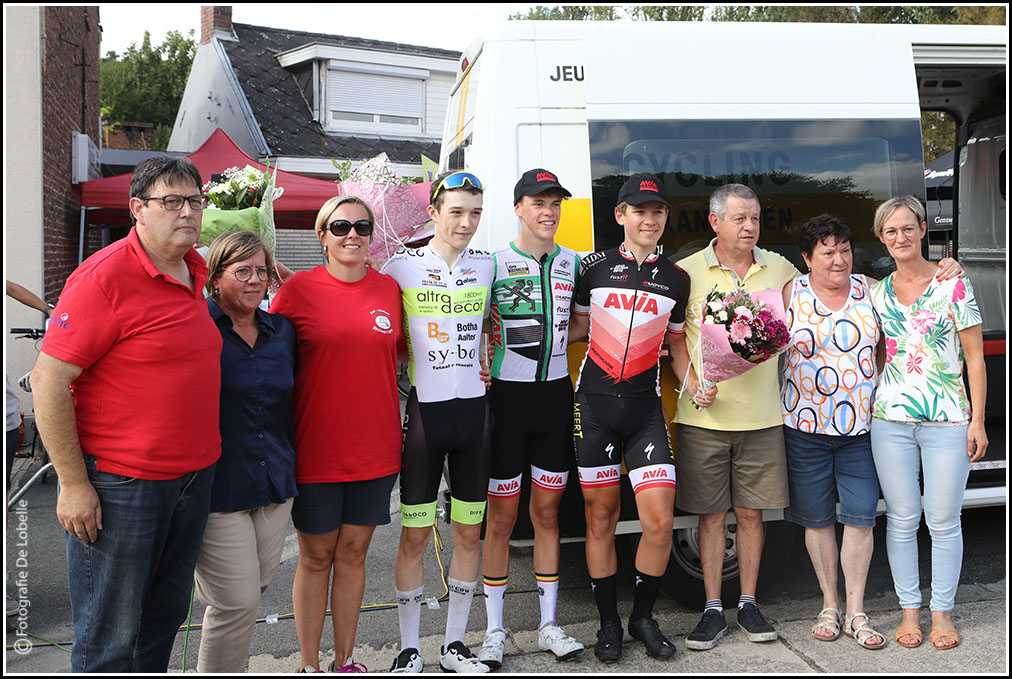 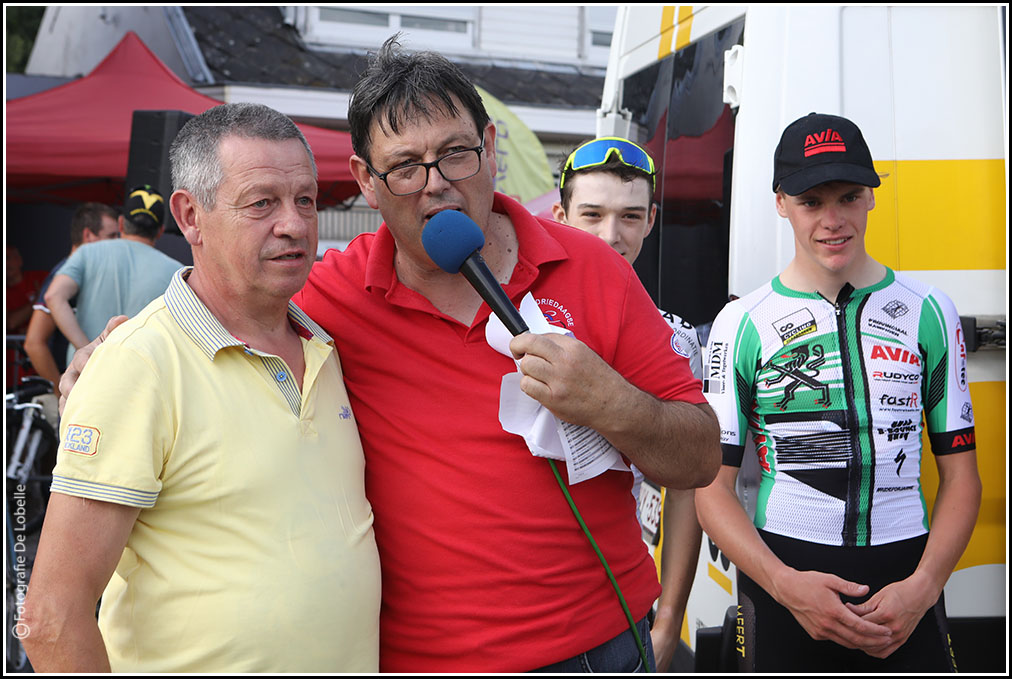 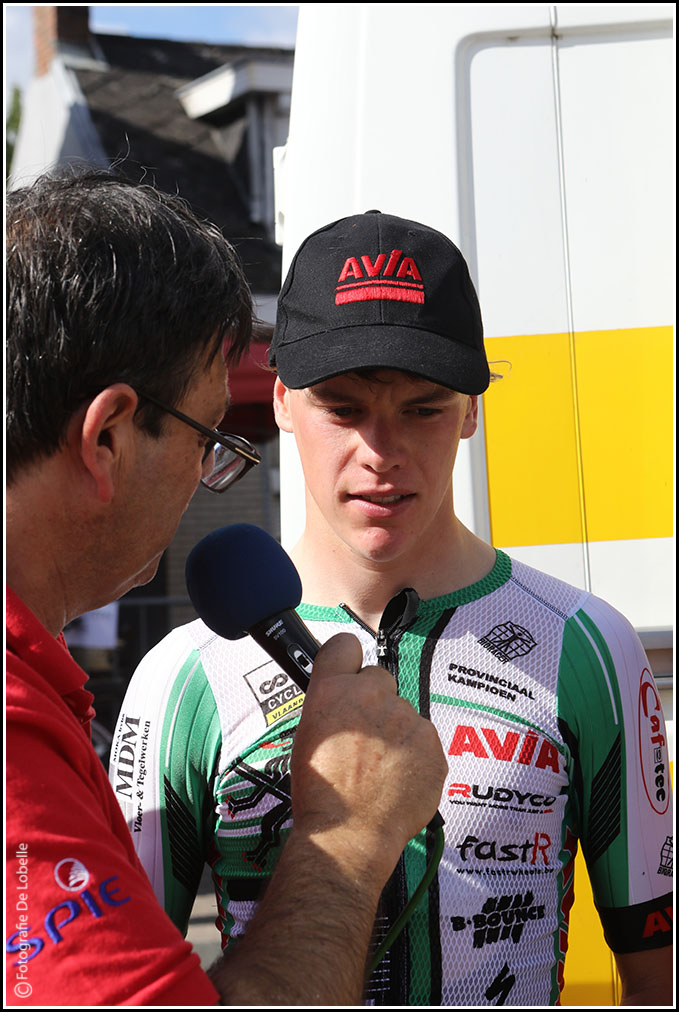 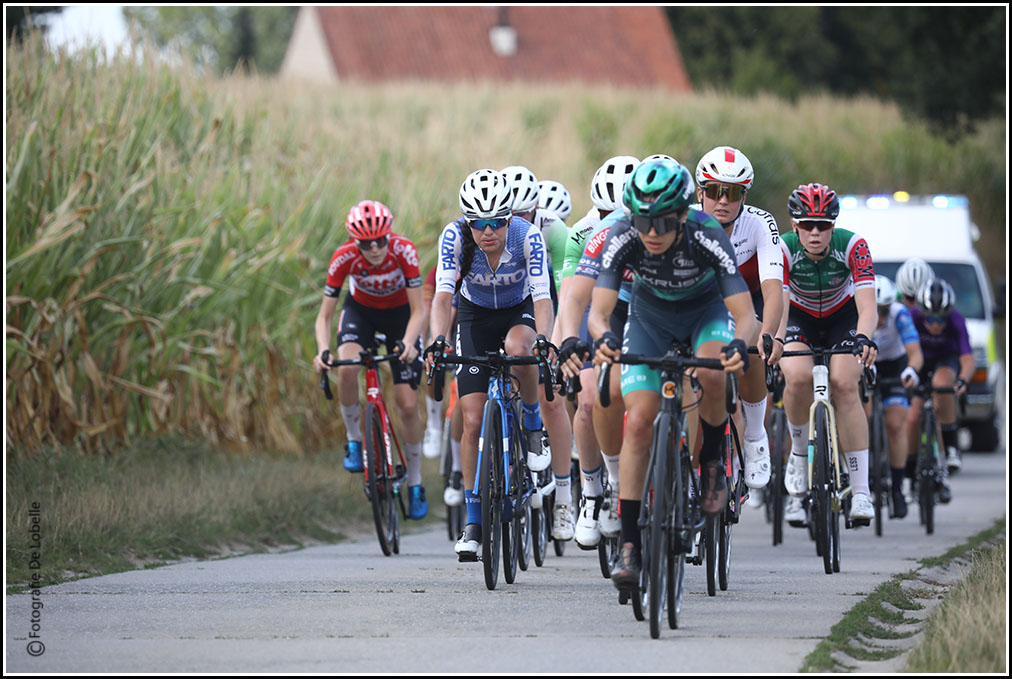 On Monday 58 elite ladies gathered for 12 laps good for 90 km. The race started fifteen minutes later because there were still participants in the traffic jam, at 15.15 the whistle sounded for the start. People also come to collect premis at the height of bicycles Stefan. New Zealand’s Williams Georgia won the match ahead of 2 Castrique Alana, 3 Meert Marieke. 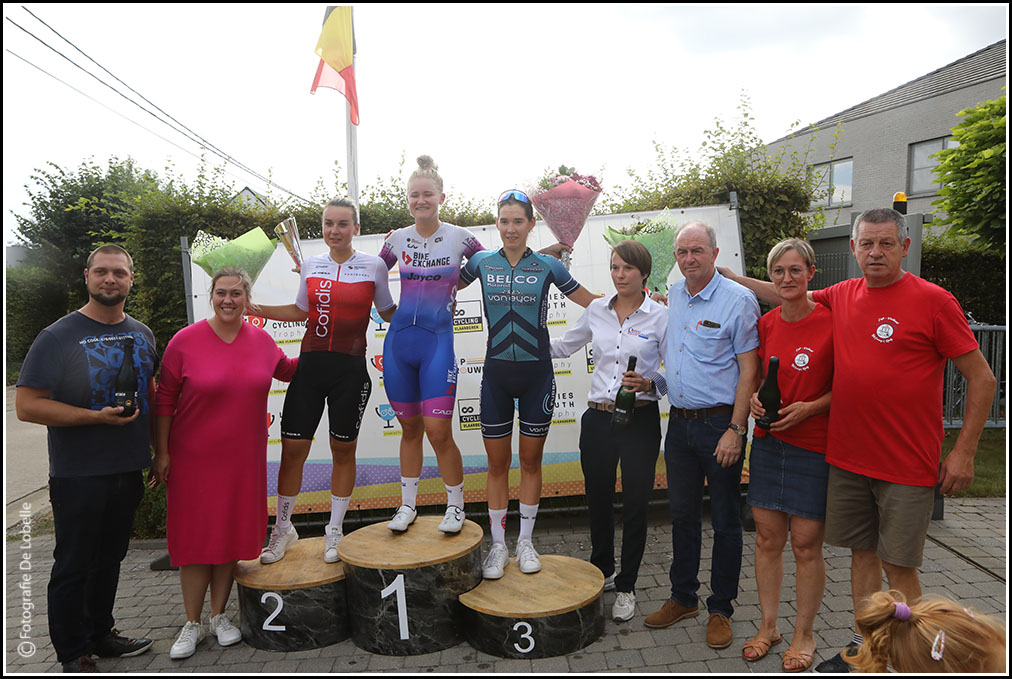 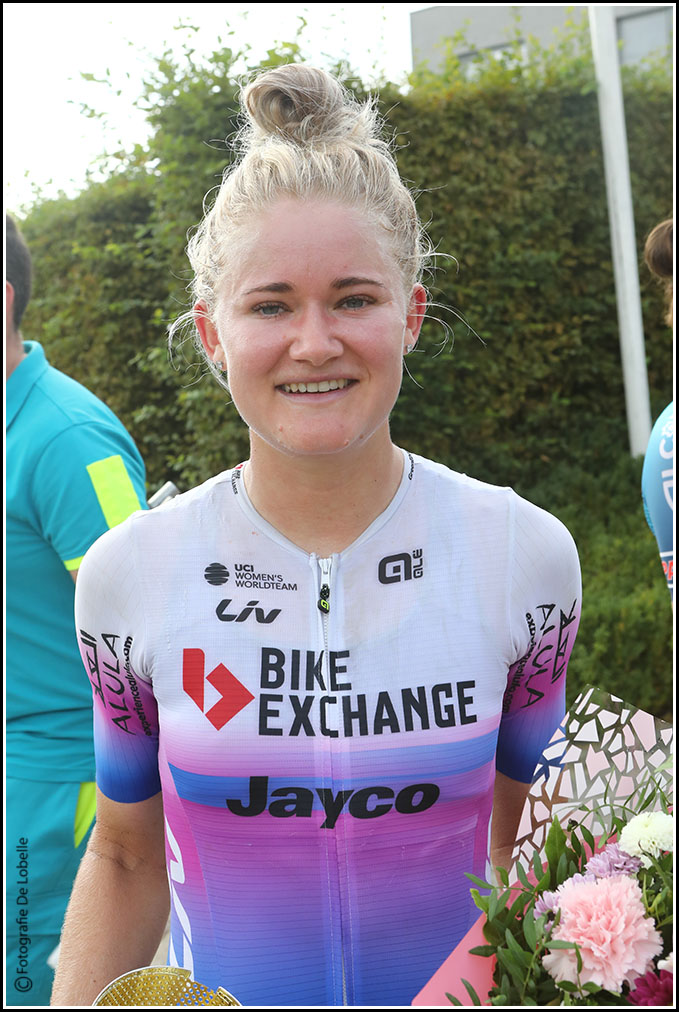 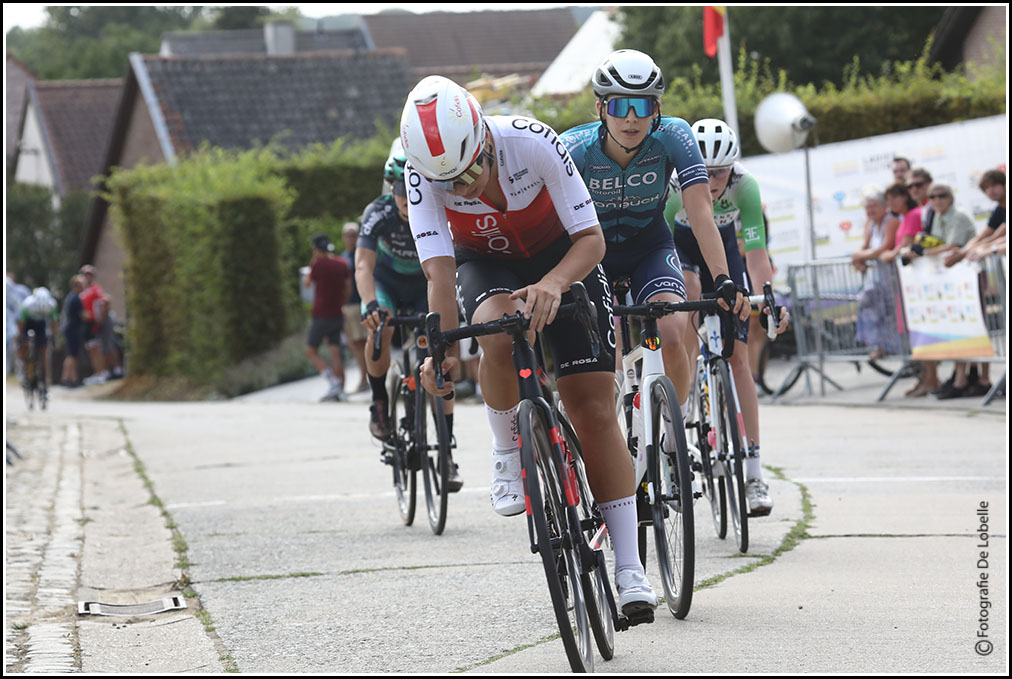 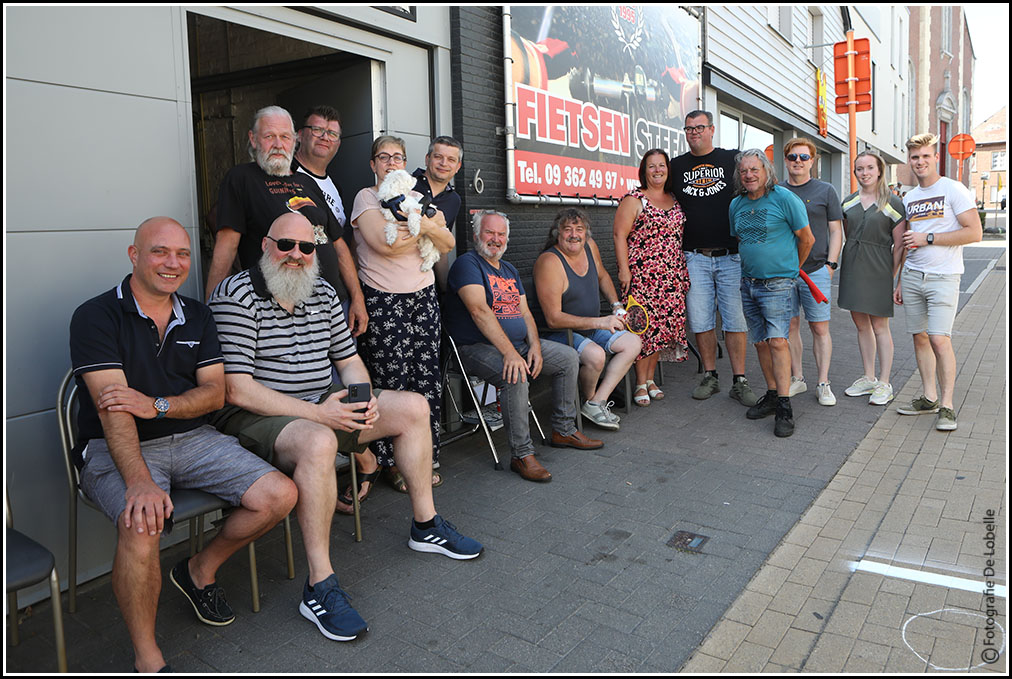 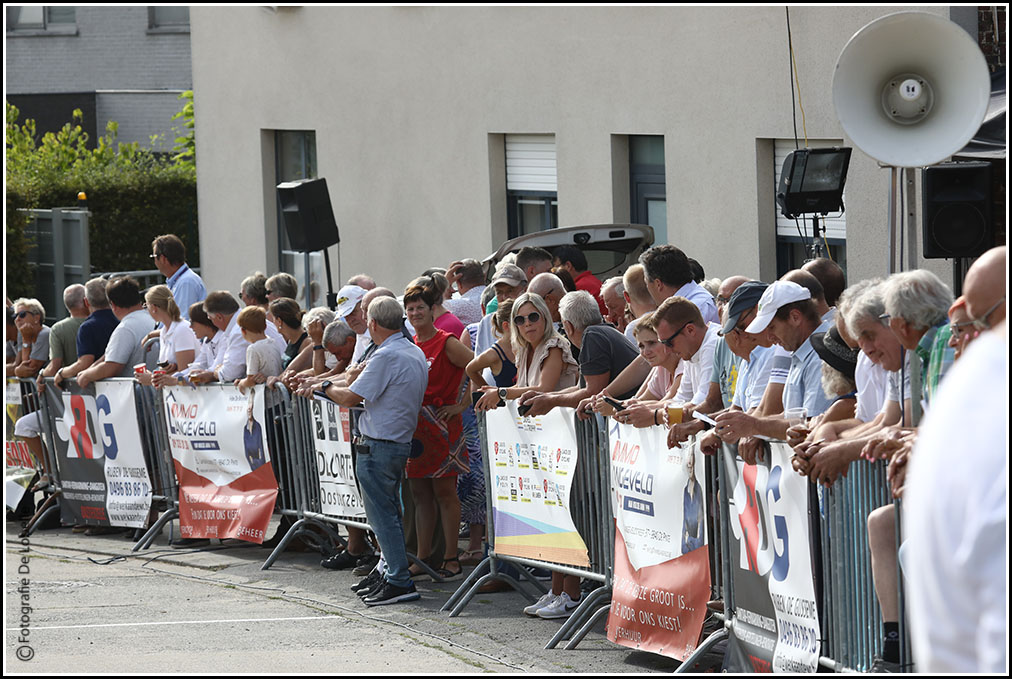 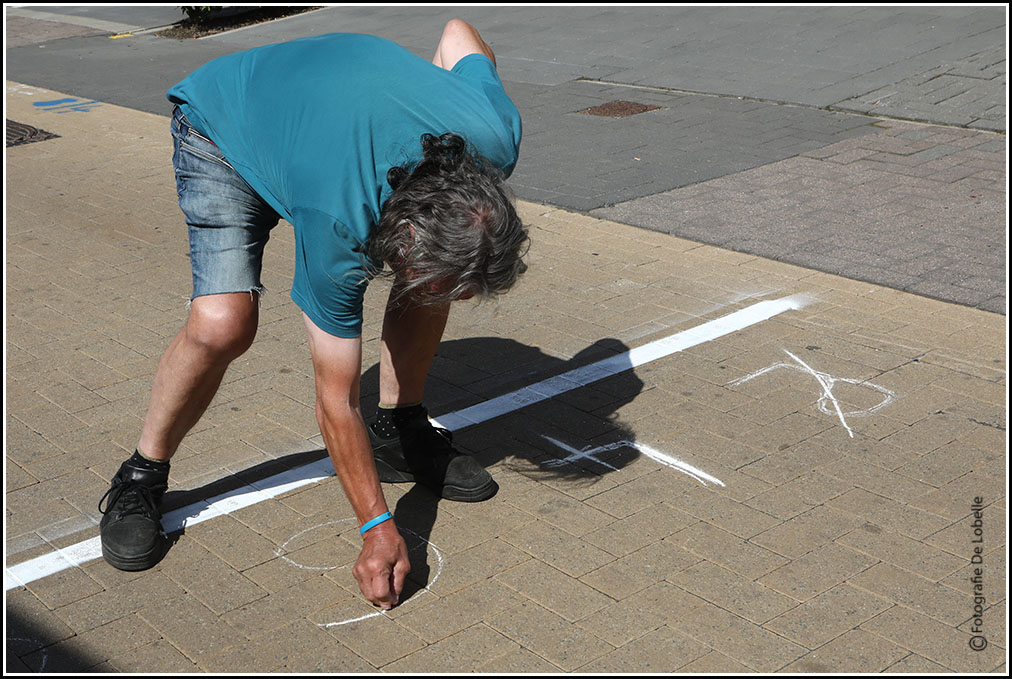 PEOPLE and ENTERTAINMENT after the course
After the award ceremony of the elite ladies, the party started with a performance by impersonator Ander Hazes (Johnny Montero), followed by a performance by the cover group midnight gang (formerly l’avanti). But everyone was waiting for the traditional herring throw (tolerated whiting) with 3 prizes (25€-12.5€-12.50€). Rudy had brought together a 1000 prizes which he then threw into the audience from the stage and with a few employees. Only hams were cut directly. When the stage was changed an old friend Omen came to perform and the closing act was one of the last performances for the group fifties fever after a move to Spain. 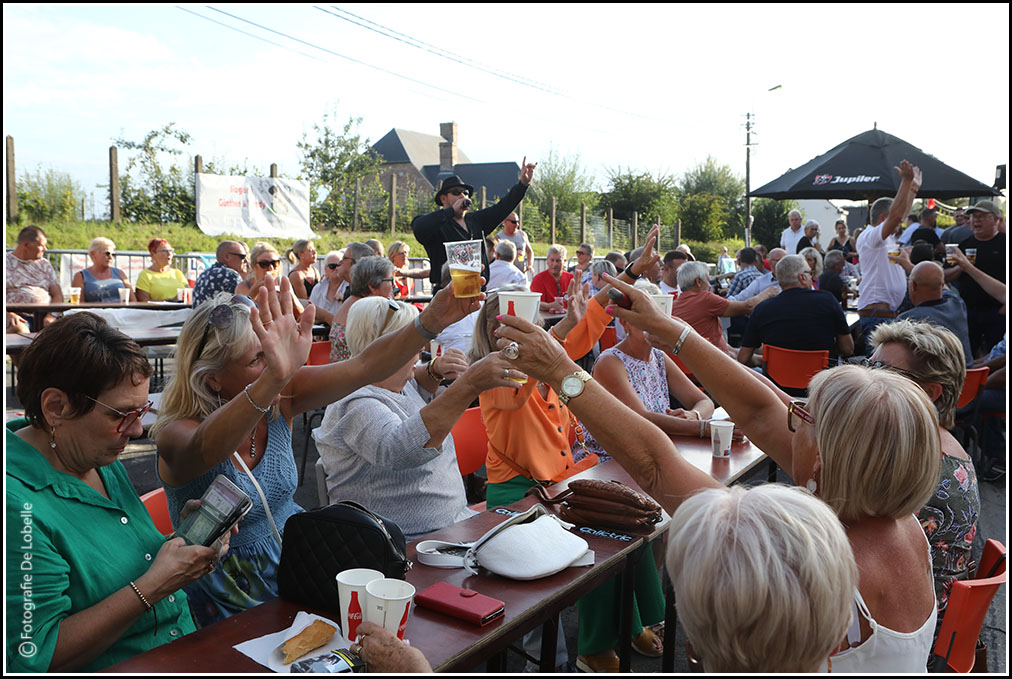 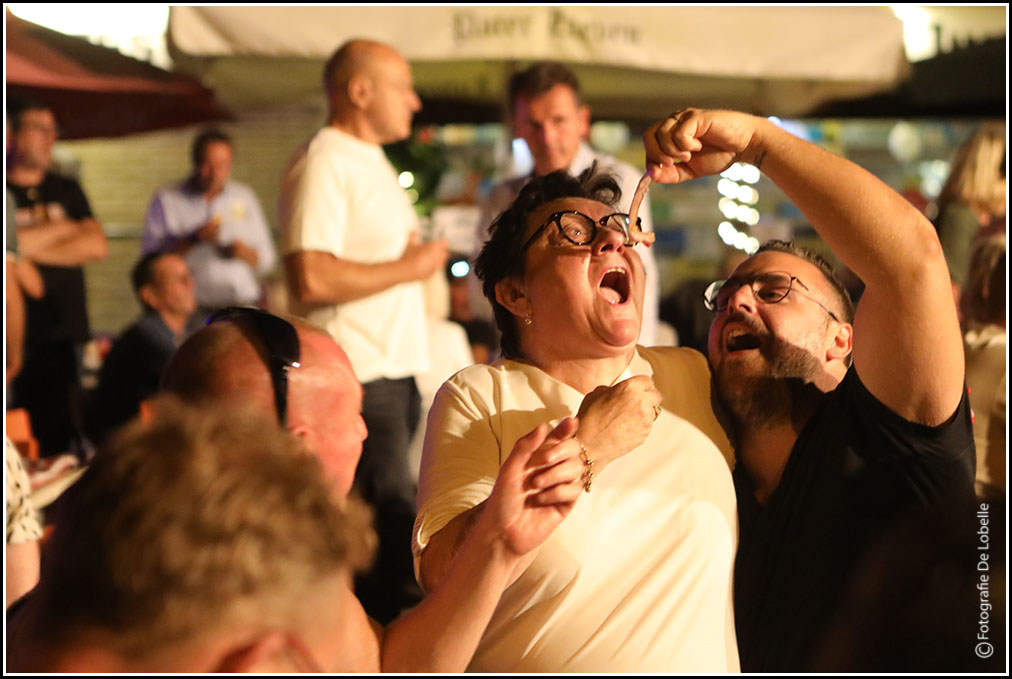 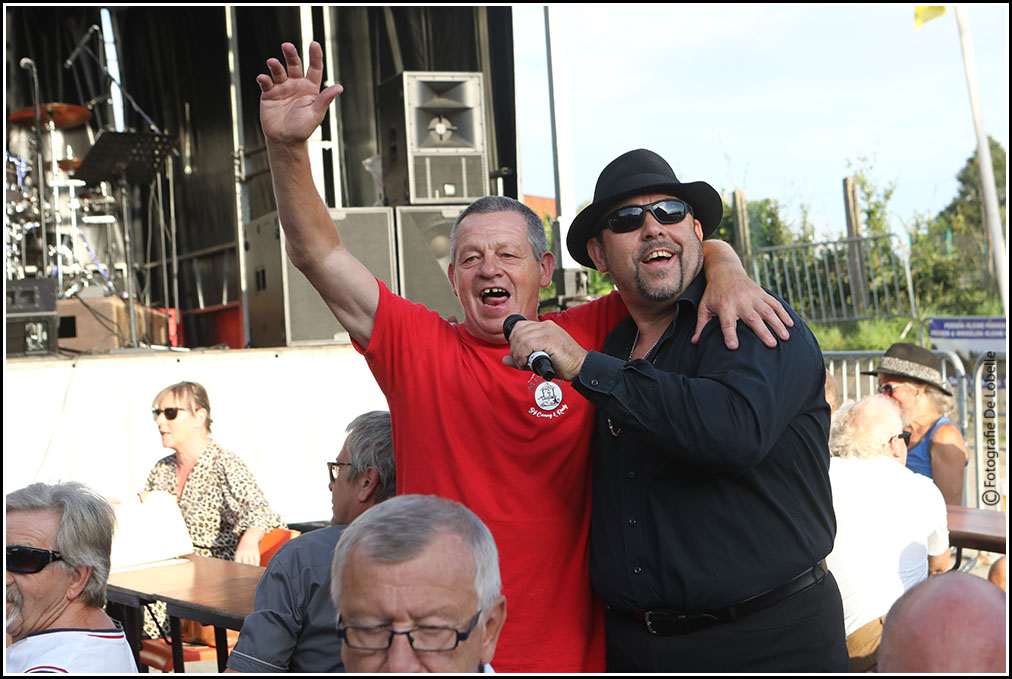 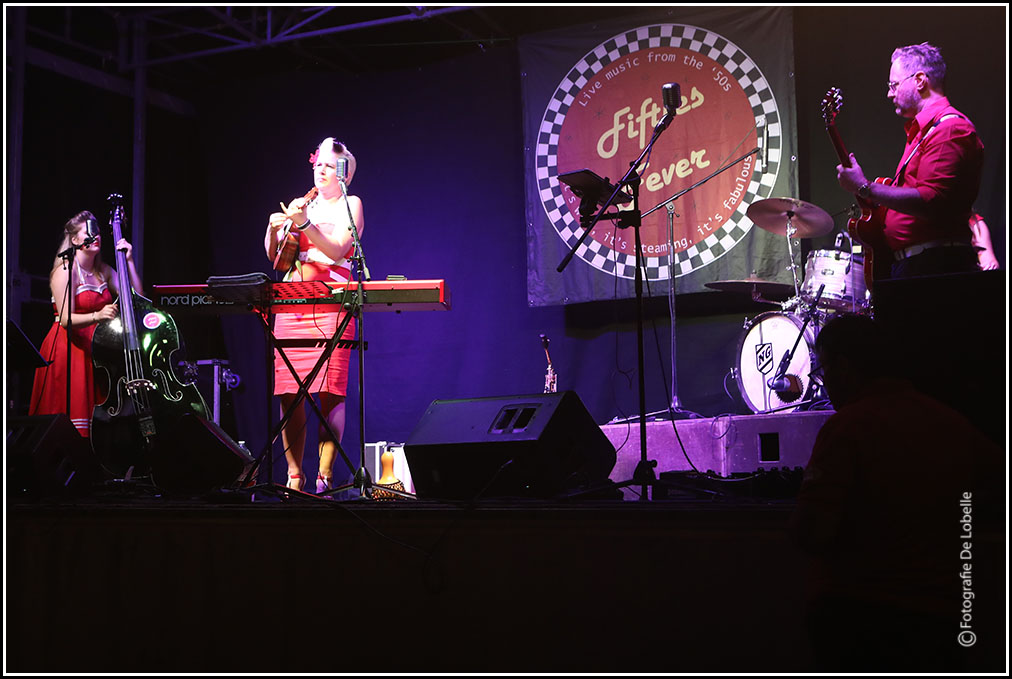 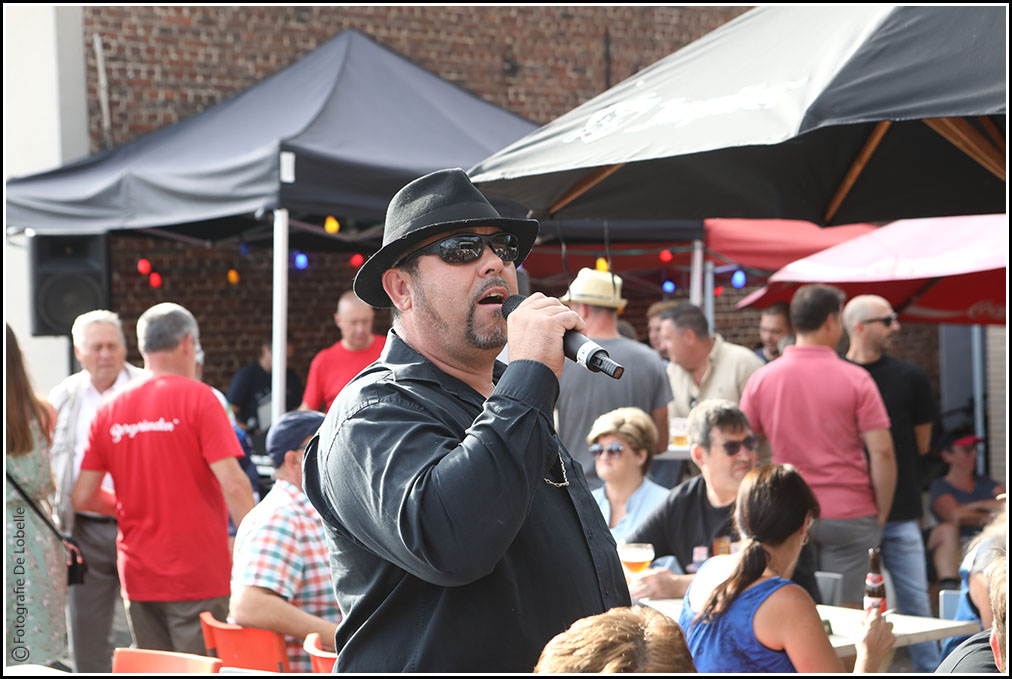 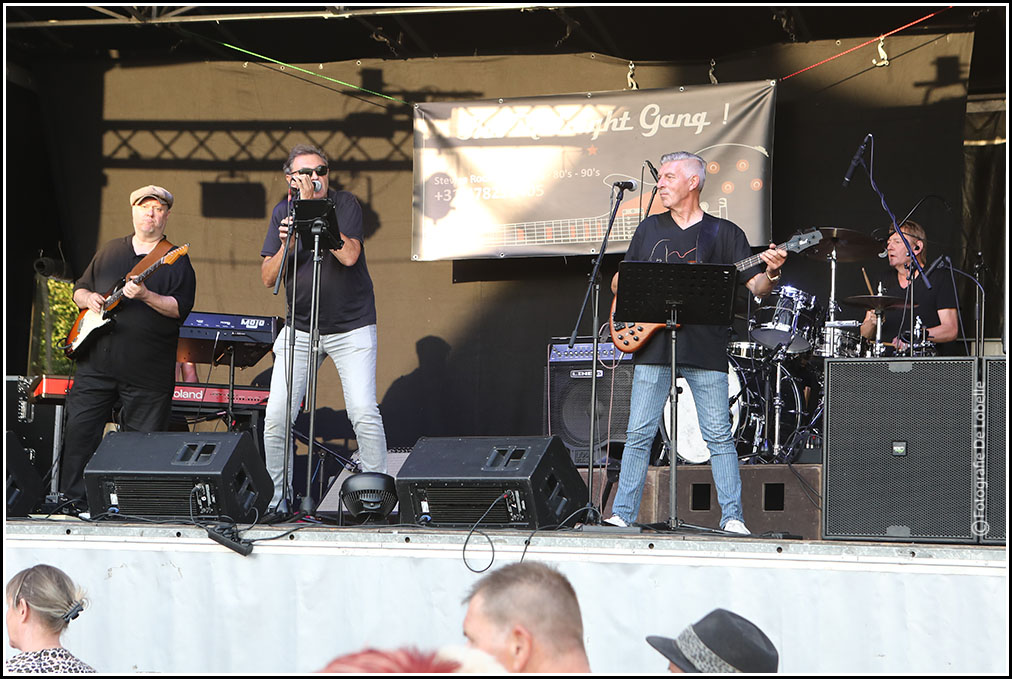 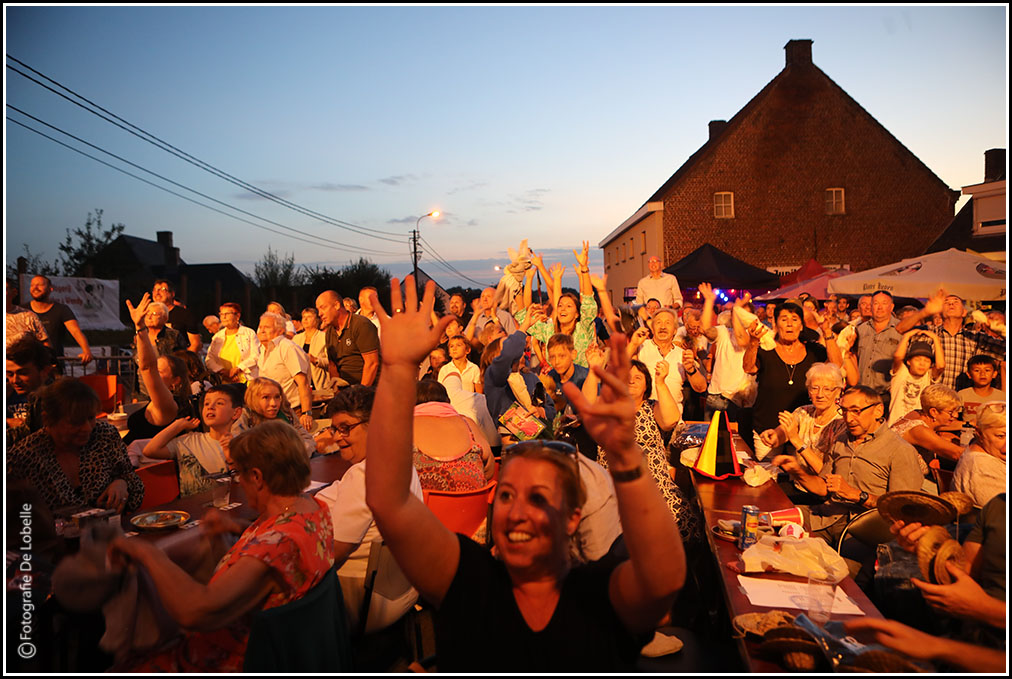