EXPO: Between wrist and fiber

Both artists also want to capture the time with the theme of this artistic encounter. Because although Hilde works with plaster, composite and bronze, she considers time the most valuable raw material because it is so limited, so scarce.
For Steven Van Der Heyden – now no longer unknown in the Dutch-language poetry landscape – time is an invitation to connect with beauty.
For both artists, ‘Between wrist and fiber’ is an artistic experience in the meantime in which past, present and future are condensed. 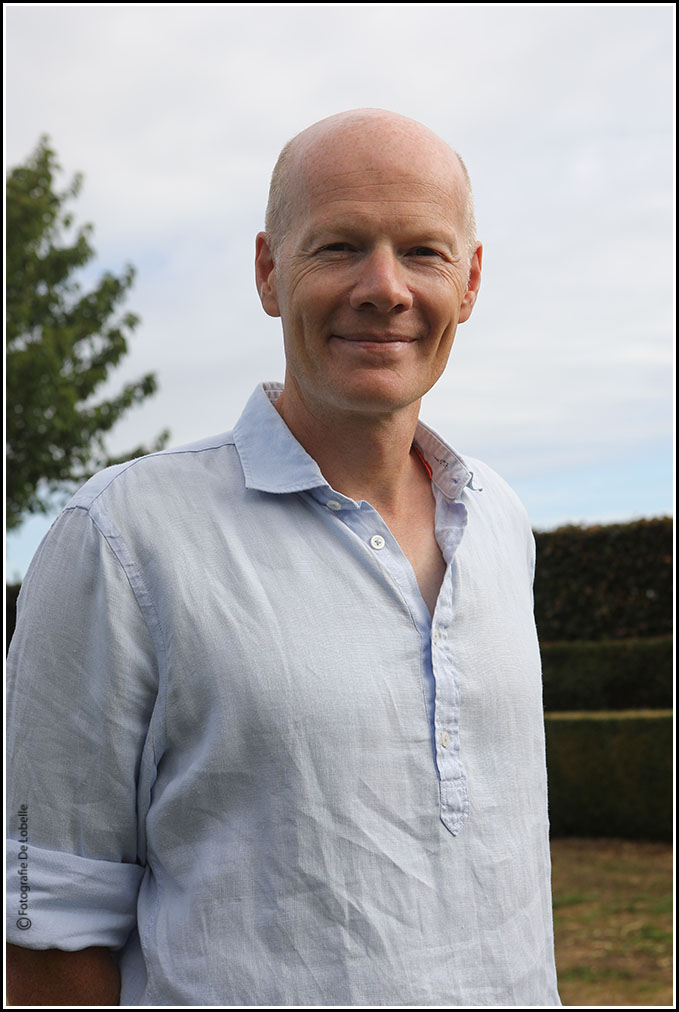 ‘i like to listen to distances
the eye rather afraid to disappear into what it never saw before’. 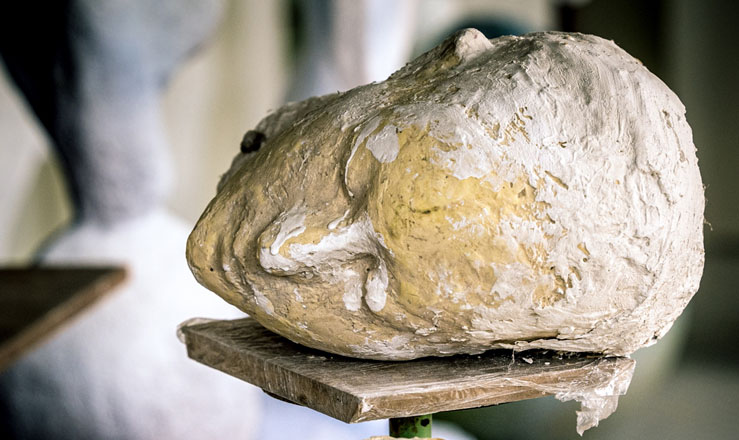 With his poems he tries to extend the horizon and get the bottom out of the days. He is a seeker and in that sense always on the go. Language can then give direction. Poetry is his way of finding a place in a world that doesn’t quite suit him. Poems by him have appeared in various magazines, including Het Gezeefde Gedicht, De Revisor, Meander, De scale van Digther, Ballustrada, Extaze and Liter.
In 2017, he was selected as a poet for the Watou arts festival.
In 2018 he was nominated for the Melopee Prize
In February 2020 he made his debut at Uitgeverij P with the duo-bundle ‘Until she’s cold’ 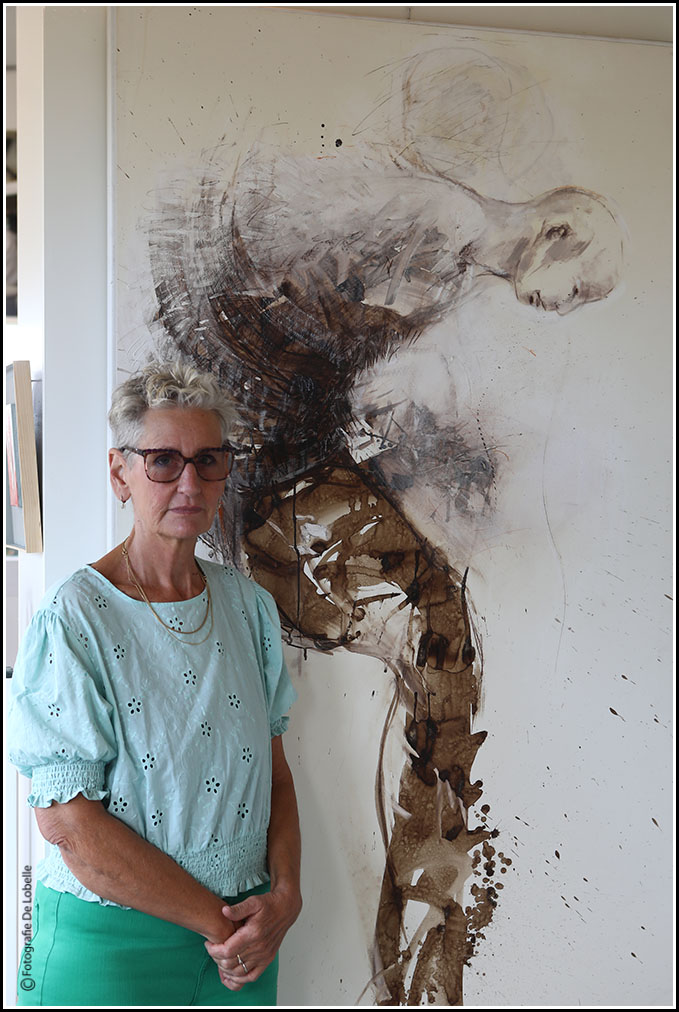 Lives and works in rural Velzeke (Zottegem). Her studio is located in the middle of the garden. It is the place where she can fully dedicate herself to the thought and creation process. An intense form of dialogue with her images.
Worked as a lecturer in spatial education and model drawing at the Artevelde University College Ghent.

Anyone who has known the artist’s oeuvre for some time will know that ‘Connection’ is an important theme in her work. And she aims to do this not only in her own art form, but also in contacts with other art disciplines.

Hilde Van de Walle investigates the mystery behind man. She wants to achieve maximum expressiveness with her images. For her, this is a permanent quest to develop a strong image with as little legibility as possible. Her images are a stationary fraction of a movement in which the viewer can question or fill in the previous or the sequel of this action. The visual language is idiosyncratic, it disrupts the usual anatomy to its own proportions, whereby parts of the body are consciously eliminated into a pure form of expression.

Their modest charisma stimulates a dialogue with the environment and the viewer, even the residual space around and between the images are not voids, but resonate as a sounding board for what cannot be grasped. 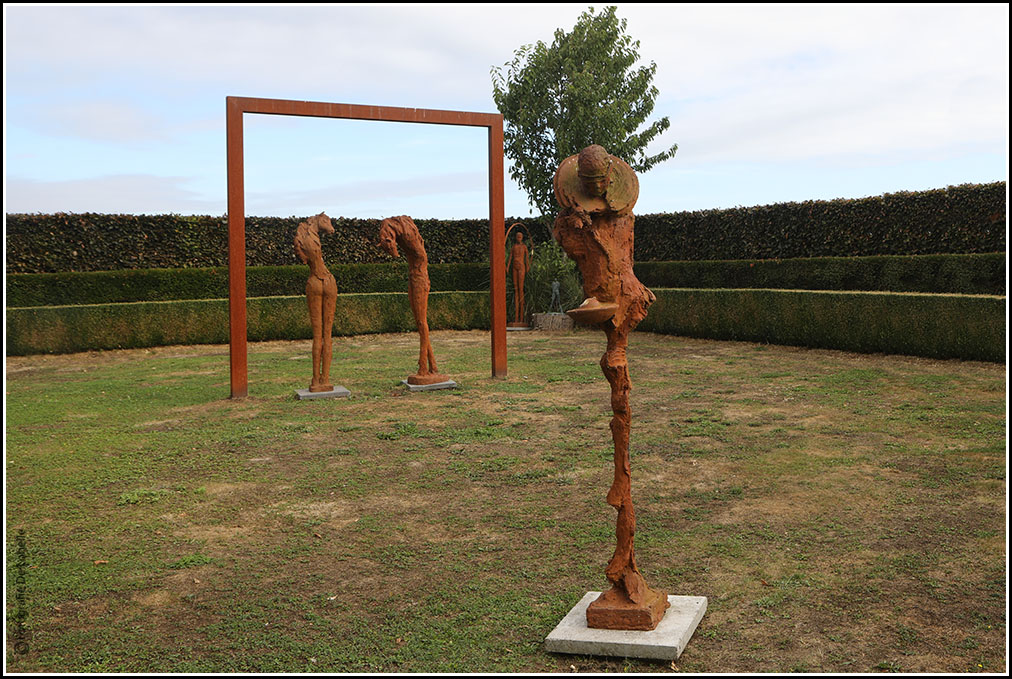 Police can catch burglar in the act

Police can catch burglar in the act