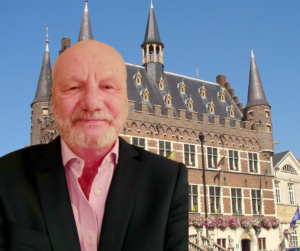 While actions are being taken in other cities to reduce their own energy consumption, the city of Geraardsbergen is doing nothing, according to Weerbaar Geraardsbergen. ‘While action is being taken in many municipalities to reduce their own energy consumption, the Council of Aldermen of Geraardsbergen is also failing in this area,’ says Swartebroeckx. ‘And the opposition is apparently not worried either: after all, not a single written question was submitted from that quarter about the extremely pressing problem of energy costs.’

Weerbaar Geraardsbergen therefore asks that an action plan be drawn up in urgent cases with far-reaching measures to alleviate the suffering of the population: ‘an increase in the resources of the OCMW, the development of a winter plan for the most needy in our society, the from the Dender Fund, the return to the people of Geraardsbergen of a substantial part of the generous profits coming from Intergem/Fluvius and collected annually by the local government.’

‘Protecting its own population is one of the core tasks of public authorities: it is urgent that the city council takes up its responsibility and finally takes action on this matter’, concludes Luc Swartebroeckx.