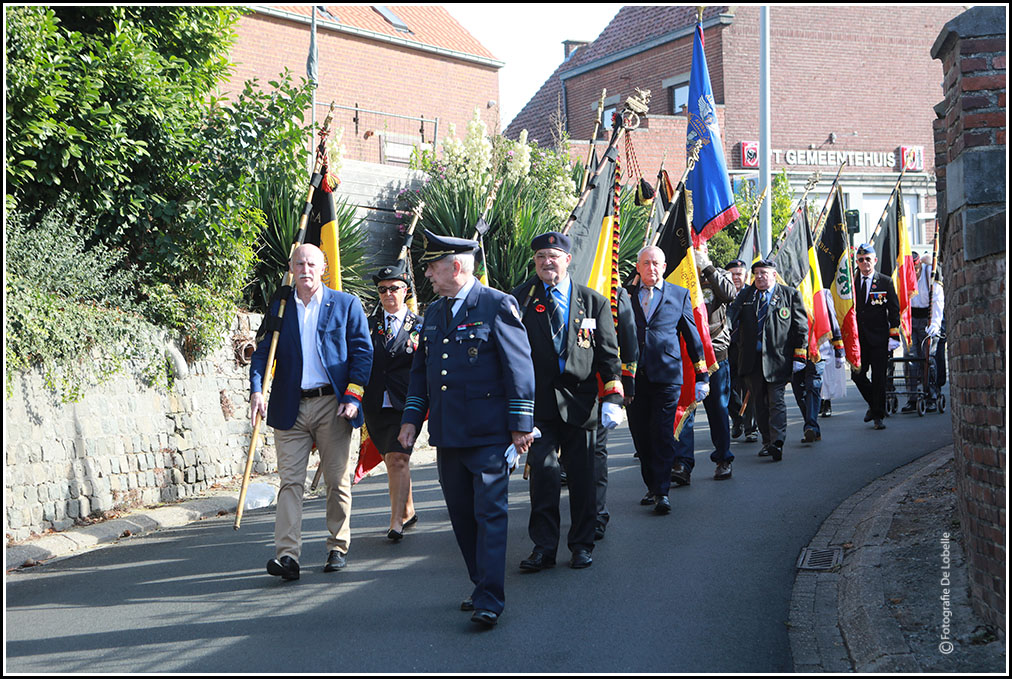 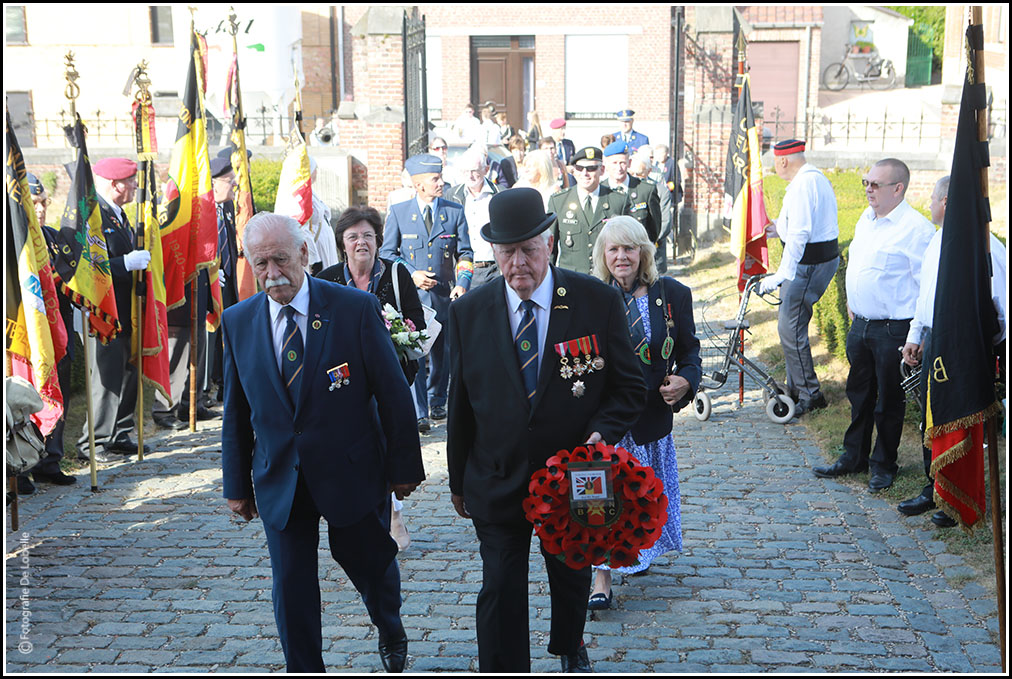 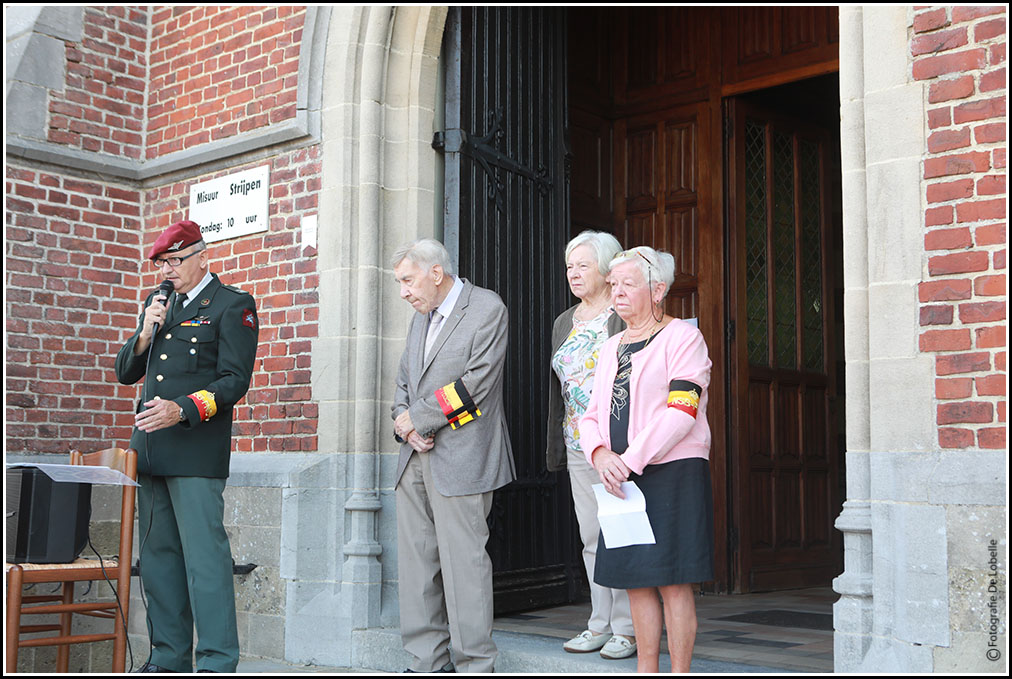 On Sunday, September 4, the Former Warriors & Veterans Association NSB Groot-Zottegem commemorated the 78th anniversary of the liberation of Zottegem and the South East Flanders region.

People gathered on Strijpenplein in front of the church of Strijpen to walk in procession to the entrance of the church. Where the ceremony with the laying of the flowers continues Dear President of the NSB/FNC UK Branch, Mister Chris Russel. The Zottegem city council had not provided flowers for this commemoration, and a delegation was not forthcoming. 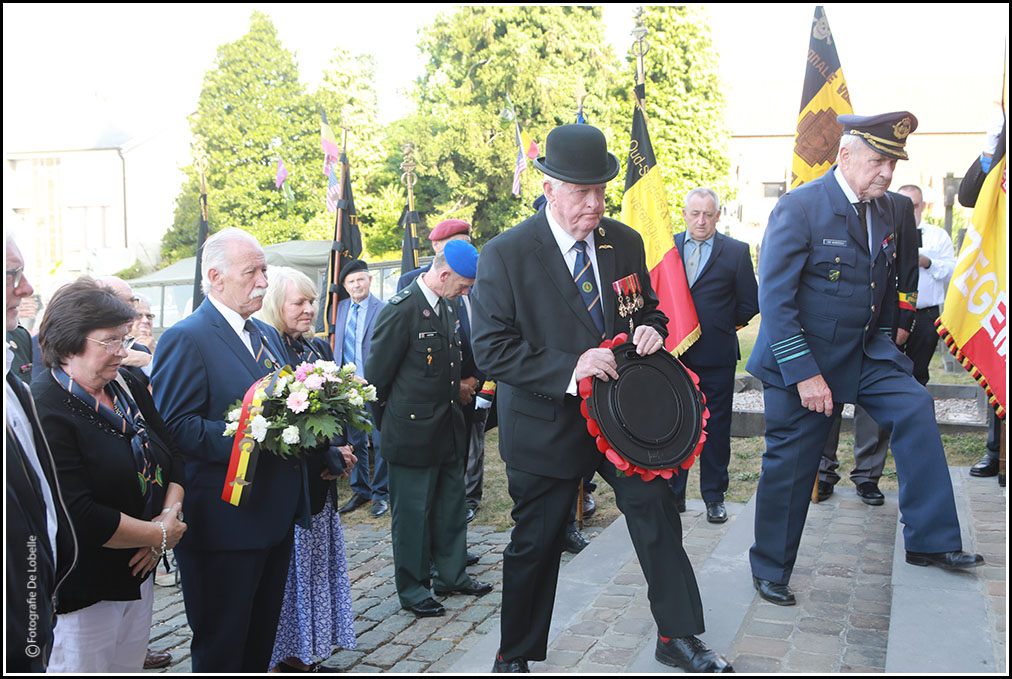 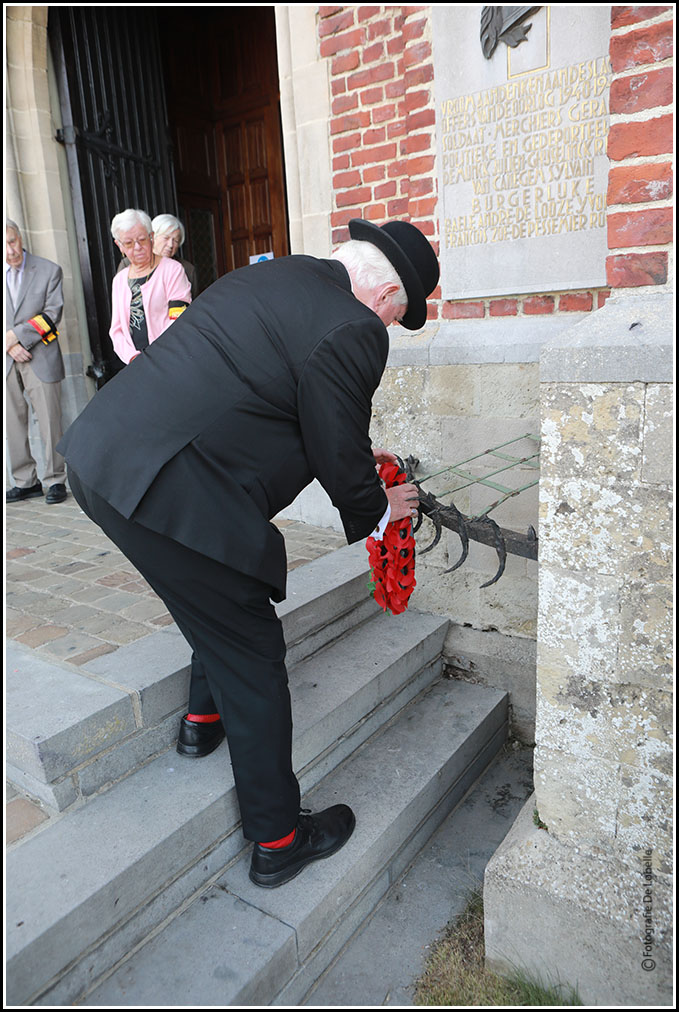 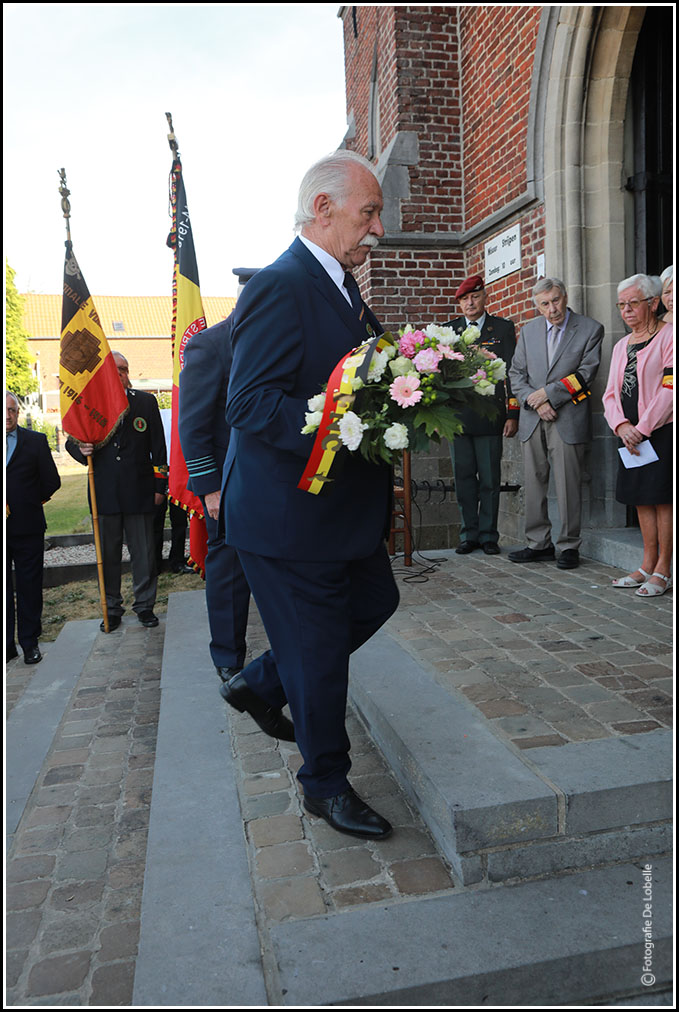 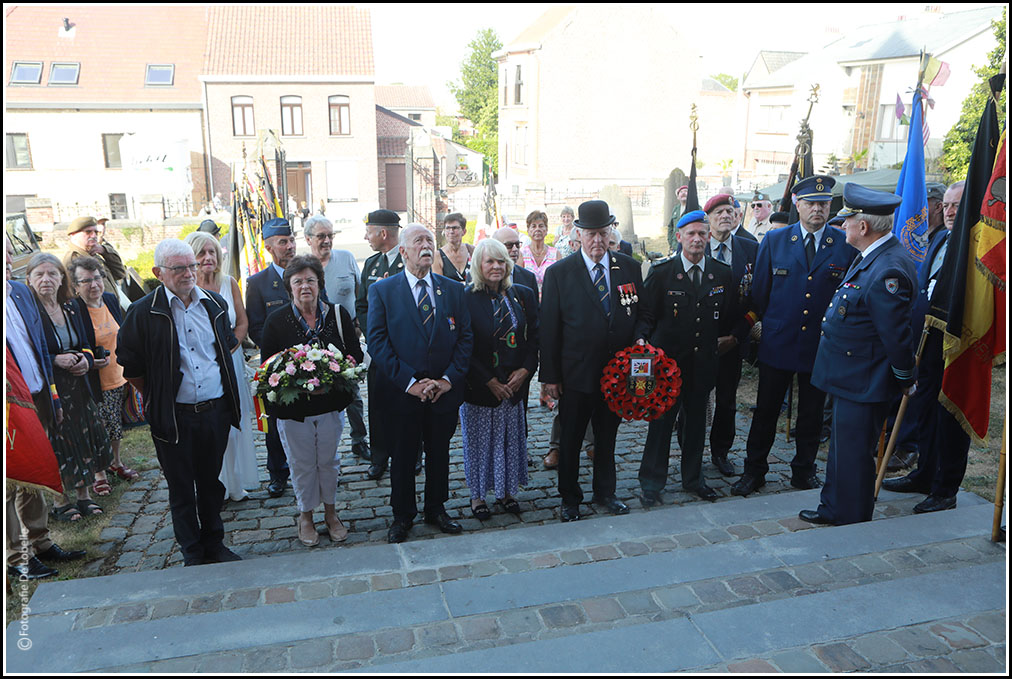 A bit of history

September 3, 1944 the bloodiest and most memorable day of the Zottegem history.

In September 1944, feelings dominated for more than four years of fear and terror our city and region.After the raid on May 10, 1940, it remained long “relatively quiet” in ourregion, until September 24, 1943 Headteacher Jules Lootens was arrested by the Gestapo. A year later, things went from bad to worse! when the summary execution of baron Ides della Faille d’Huysse took place on 12 August 1944 in the alley of the castle.

A day later on August 13, 1944, Charles Van Wambeke killed in the yard of Theofiel De Clercq in Velzeke, by a hail of bullets fired by the Gestapo and Feldgendarmerie. Systematically, Zottegemse young men, falsely accused and deported to the concentration camps.When the Allied landings in Normandy on 6 June 1944 was deployed, it was only a matter of time before the occupier also took flight in our regions towards the home country.Barely 3 months later, on September 3, 1944, the time had come… general one joy in Zottegem at the arrival of the English liberator. Party in the streets of Zottegem!!! The misery was over… it was thought… until a German retreating column clashed with the liberators on the air ball. An English flamethrower tank opened fire on the German trucks loaded with soldiers, ammunition and fuel. Some houses on the air ball also went up in flames. The result was that 6 Zottegem citizens lost their lives that day:

Baele Andreshot as a member of the resistance at 20:00hr on the lakeBy Looze Ivoneshot at 20:00hr at the MeireDe Clercq Pelagie, shot down by the Germans on the Meire about 20:00hr,

her 7 year old daughter De Zutter Lucienne diedon September 5 from the injuries she sustained at theskirmish on the MeireSteurbaut Louisseriously injured during the liberation died inthe St Elisabeth Hospital on September 4th at its injuries. 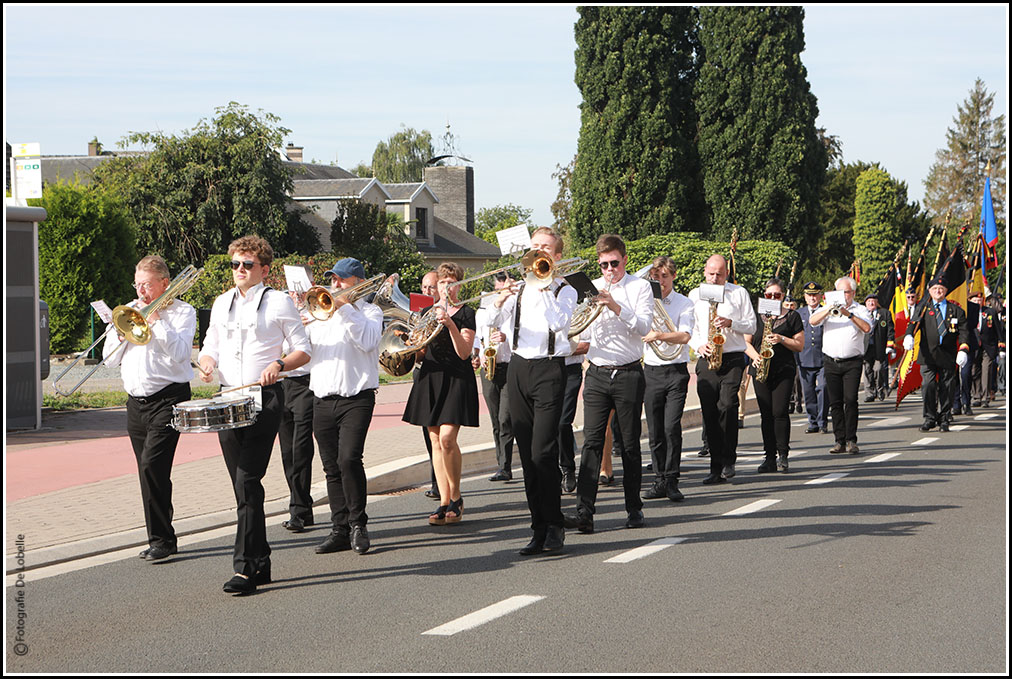 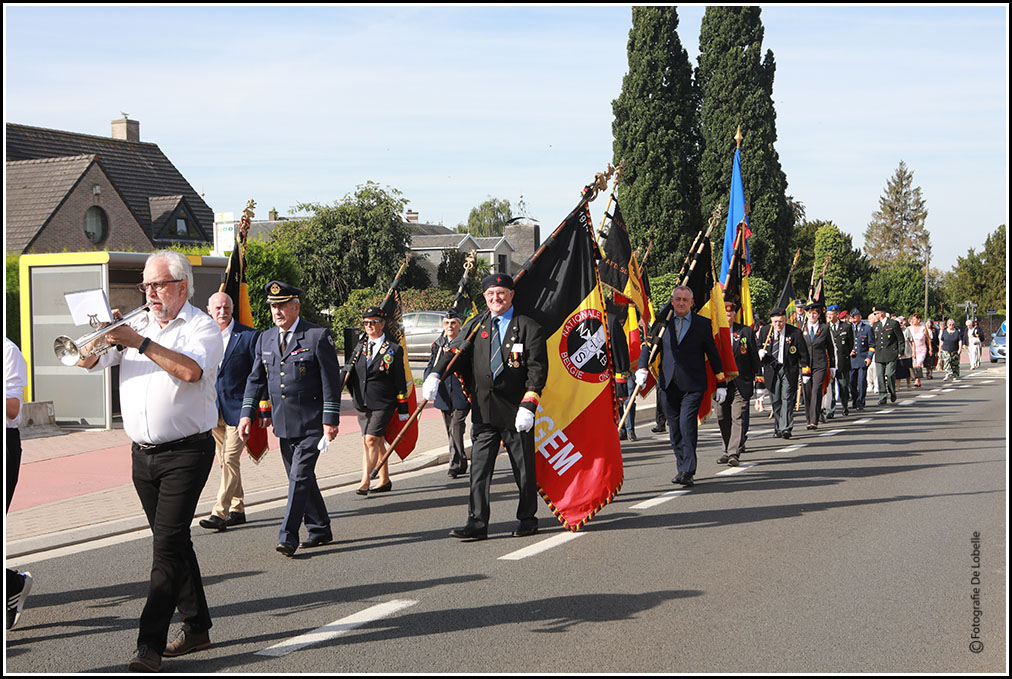 After the ceremony people marched in procession to the meeting center where a drink was offered. Two eyewitnesses also spoke André Van den Houte in erPresident Denis Van den Berge. André Vandenhoute, an eyewitness and at the time a member of the armed resistance, he now counts 96 springs and nam at the time active part to the fight to liberate our region from the occupier. 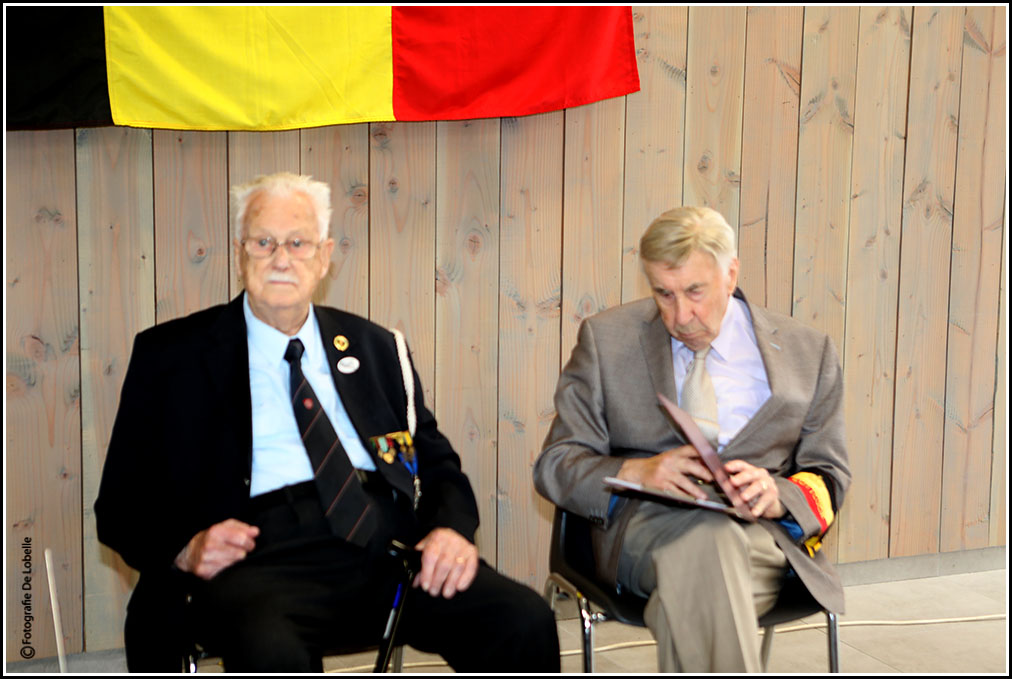 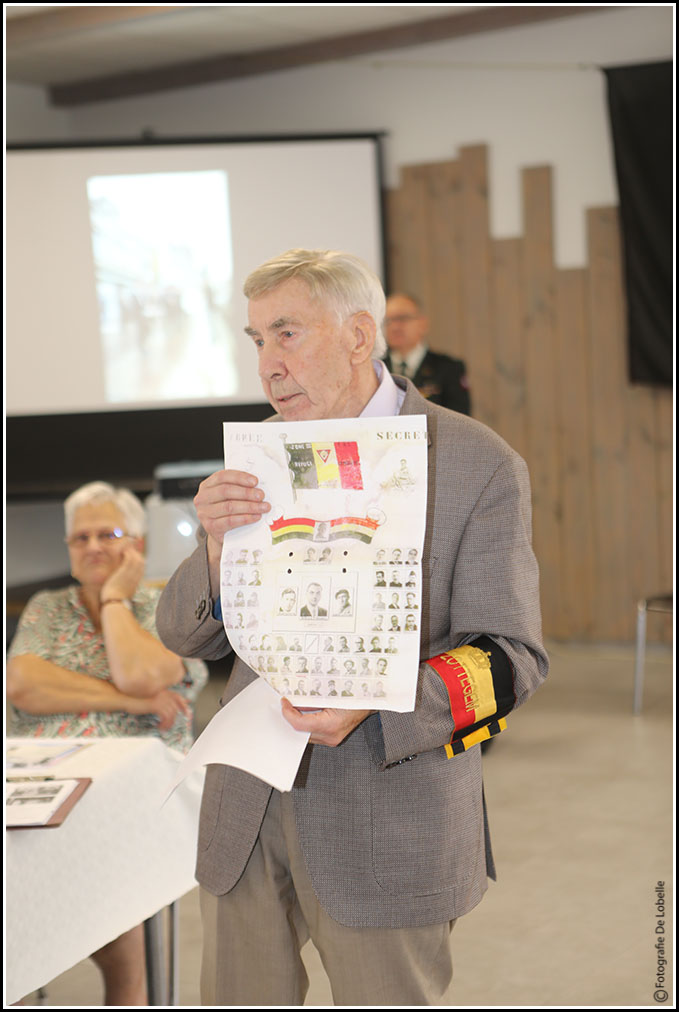 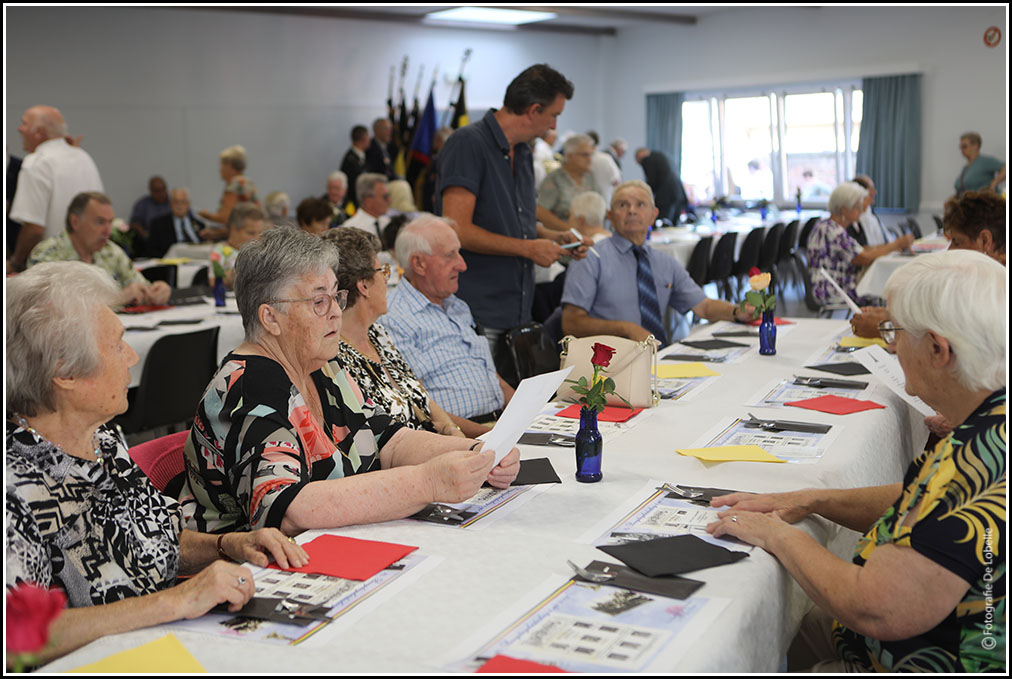 Wannes Heylen narrowly fends off Benjamin Verraes in the sprint at Moortsele.

Elenas know what time it is after two years!

Elenas know what time it is after two years!