Wannes Heylen narrowly fends off Benjamin Verraes in the sprint at Moortsele.

The fair in Moortsele is traditionally linked to the cycling race on Saturday. With a field of 123 elite riders zc and promises, the organizers of Cyclo Moortsele were more than satisfied. For Moortsele this was even a new record. The circulation had slightly changed compared to last year. This year the small climb of the Rattepas was incorporated into the course, which made it a bit more challenging than in previous years. In retrospect, many riders were satisfied with this expansion.

After the first passage we immediately got a trio in the lead. Wannes Heylen, Hans Becking and Thibault Fostier immediately opted for the attack and Jonas Goeman was able to make the connection moments later. This quartet gained a nice lead in a short time. A group of six riders with Gauthier Beeckman, Milan Lanhove , Jens Moens, Emano Permentier, Felix Dopchie and Mathew Fox came to 40 seconds after four laps but was unable to close the gap and was caught back by the peloton. Just before halfway through the race, seven riders went in search of the leaders who already had a little more than one minute lead. Once again Milan Lanhove, Erik Inkster, Benjamin Verraes, Jarne Van Cauter, Robbe De Weert, Jérome Baugnies and Yentl Vandevelde joined forces and gradually crept closer to the leaders. At the front, Thibault Fostier had released the role but he was able to join the chasers. After ten of the thirteen laps there was a regrouping at the front. The final started with eleven leaders. Fostier had material problems and still dropped out of the leading group. Meanwhile, Jerome Baugnies tried to run away, partly because of the bounty winnings. But the leading group did not give up and everything stayed together. A chasing group of nine riders including David Desmecht came up but came too late to keep up with the leaders. There were still a few attempts by the leaders in that very last lap, but it still came to a sprint with ten riders. The local rider Benjamin Verraes started from very far and saw the finish line getting closer and closer, but he was eventually overtaken by Wannes Heylen. After his third place last year, Verraes had to be satisfied with a second place this year. Jérome Baugnies still claimed the third podium spot. A nice podium and also a nice winner. For the cardiologist from Zwijnaarde, who has only been racing fully for only two years, it was immediately his fifth victory of the season.

After the match, the heavens opened completely and it was still a while to finish the podium ceremony. Fortunately for the riders, it had remained sunny and dry during the race. 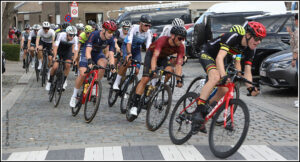 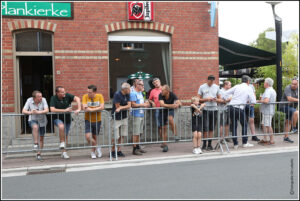 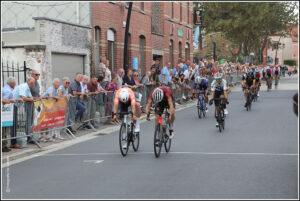 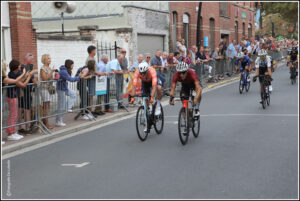 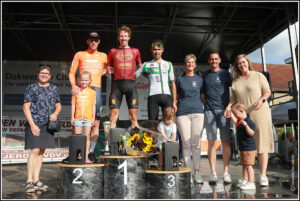 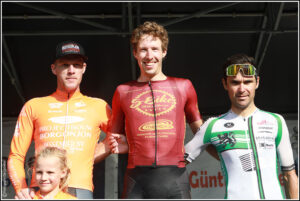 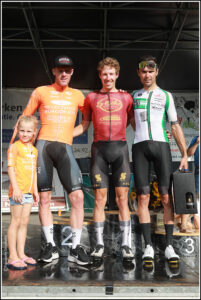 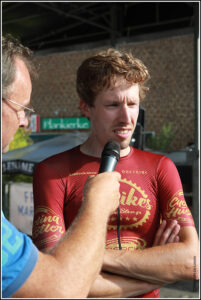