37-year-old suspect of several burglaries arrested and brought before 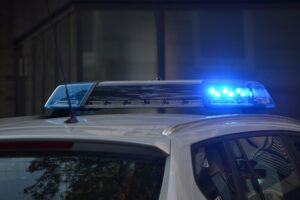 On Tuesday, August 30, around 12:30 PM, the intervention of the Geraardsbergen/Lierde police was requested for a suspicious person who was in the backyard of a house in Lierde. Given that a number of burglaries had recently taken place in the vicinity, the police did not hesitate for a second and several teams rushed to Lierde. “Due to this quick intervention and the adequate cooperation between the Intervention, Local Investigation and Traffic services, the suspect could be quickly caught on a footpath a little further,” the police said.

A 37-year-old man is suspected of a series of burglaries in Lierde. Research shows that the person involved may be linked to a number of thefts in the nearby police zone. The suspect was brought before the investigating judge and placed under an arrest warrant. Due to the ongoing investigation, no further information can be released today,” the police said. The suspect was referred to prison by the investigating judge.

Inflation drives up costs Knowledge Center, for now by €835,000