Pigeon flight has been featured on the Moortsele . fair poster for 43 years

For 43 years, ‘De Kermisvliegers’ have been organizing a pigeon race from Quievrain during the fair in Moortsele. ‘De Kermisvliegers’ were delighted with 35 registrations. Fortunately, there are still many ‘pigeon fanciers’ in the merged municipality of Oosterzele. The fair flight proved it, the competition on fair Monday remains popular. Nice, isn’t it, at the award ceremony discussing the performance of the pigeons, the friendship among the pigeon fanciers, the social gathering, the obligatory beers, and the advertising for the annual dinner party. 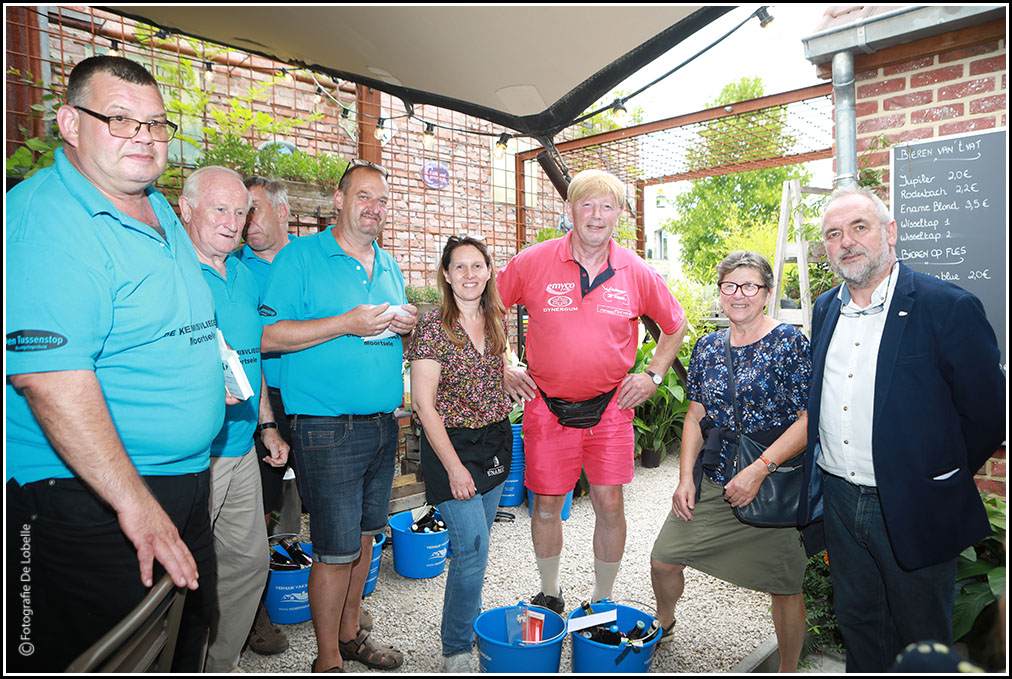 The Kermisvrienden hope to be able to organize their big funfair flight for years to come. It would be a shame if this heritage were to disappear. But it looks promising, one can already cautiously look forward to the 50th funfair flight in 2029. Seven more years and the ‘Royal title’ beckons. The ‘golden’ flight.

The 43rd edition of the funfair flight was won with brio by Bertrand De Keyser from Oosterzele. Strong, Punish, Super. Bertrand has long made no secret of his ambitions. Another victory, the umpteenth in the already impressive palmares of the Oosterzeel pigeon fancier. He writes history in the books of the regional and national pigeon sport. He also put the icing on the cake in the funfair flight. Pigeon sport is his passion, his life. He wants to be in the industry for years to come. He has been passionate about pigeon sport from an early age. And with resounding results. Bitten by the pigeon sport. 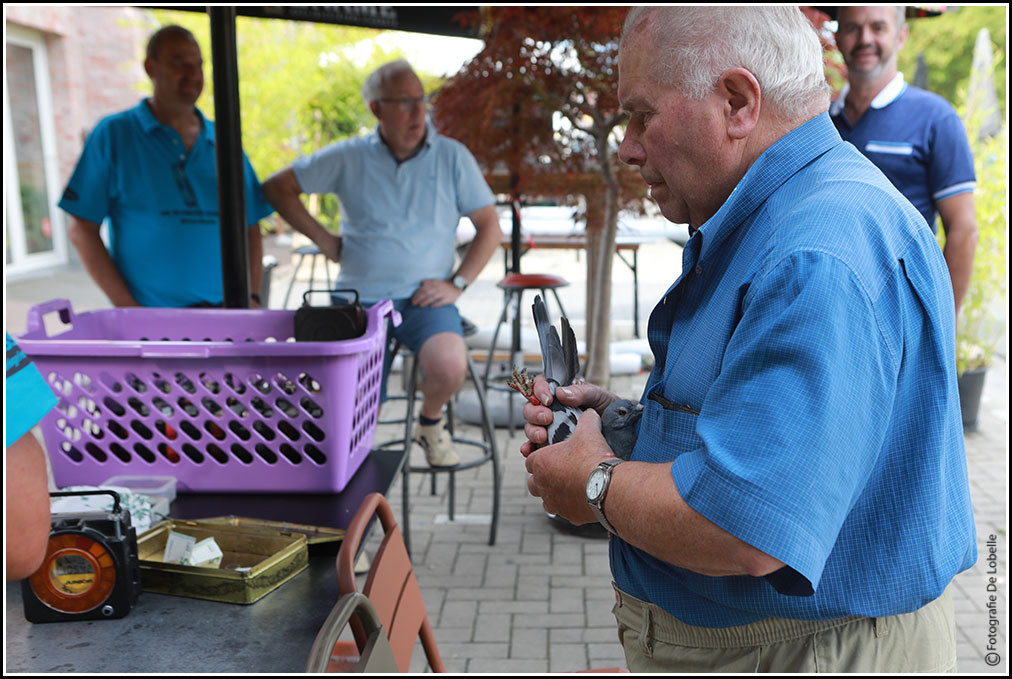 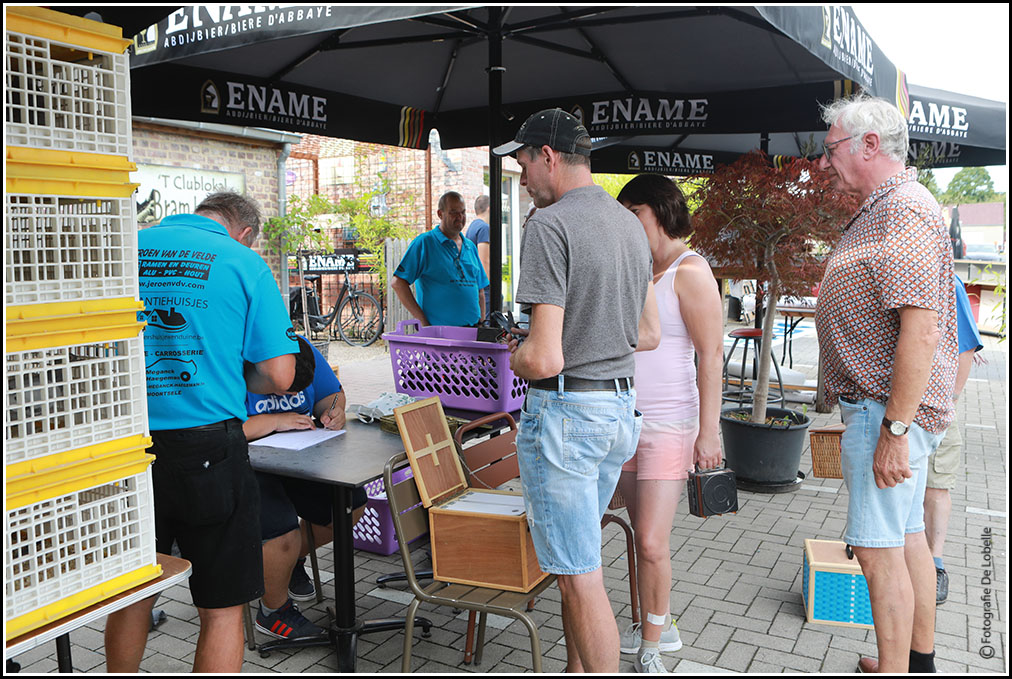 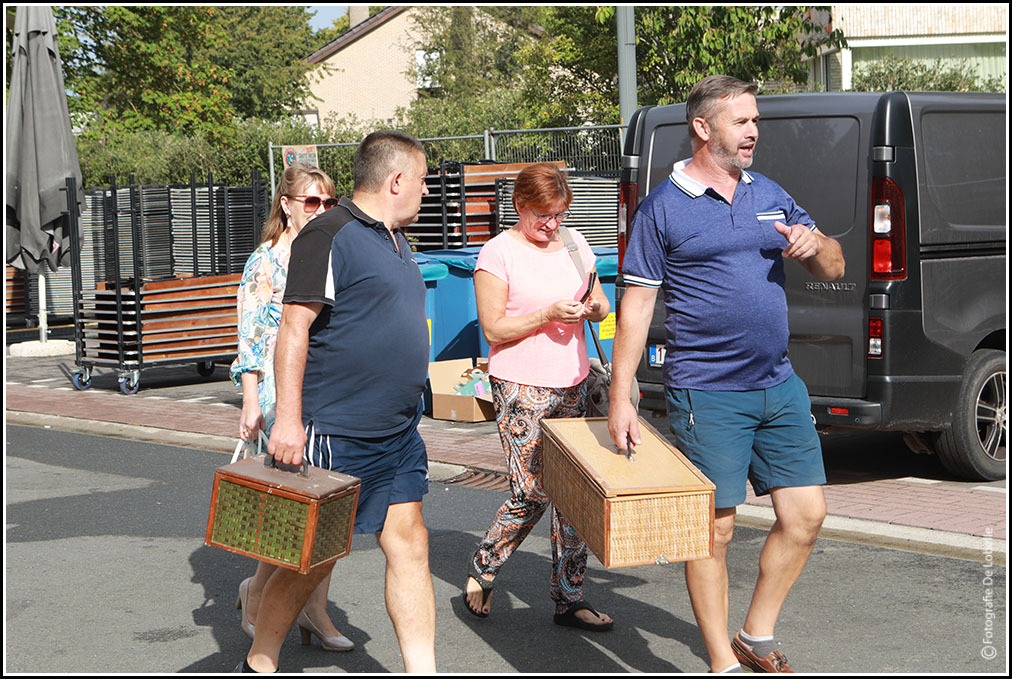 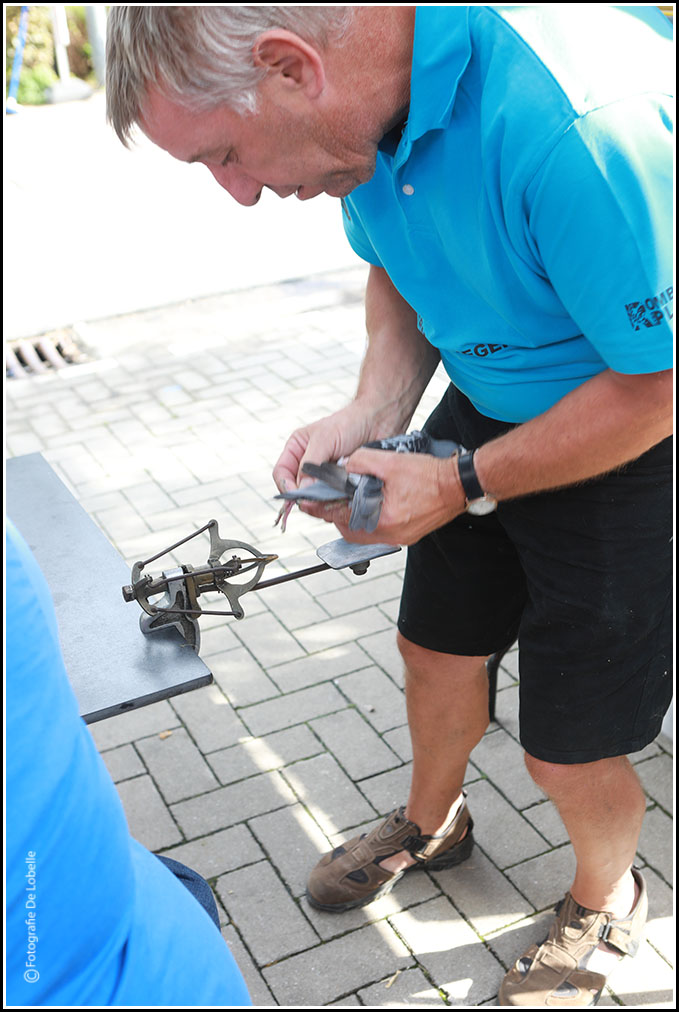 The Kermisvrienden have traditionally provided nice cash prizes, trophies and beer buckets for the first from Moortsele and the first outside Moortsele. The first young pigeon was also honoured. The Youngest pigeon fancier Bert Baele and the oldest Andre also won prizes 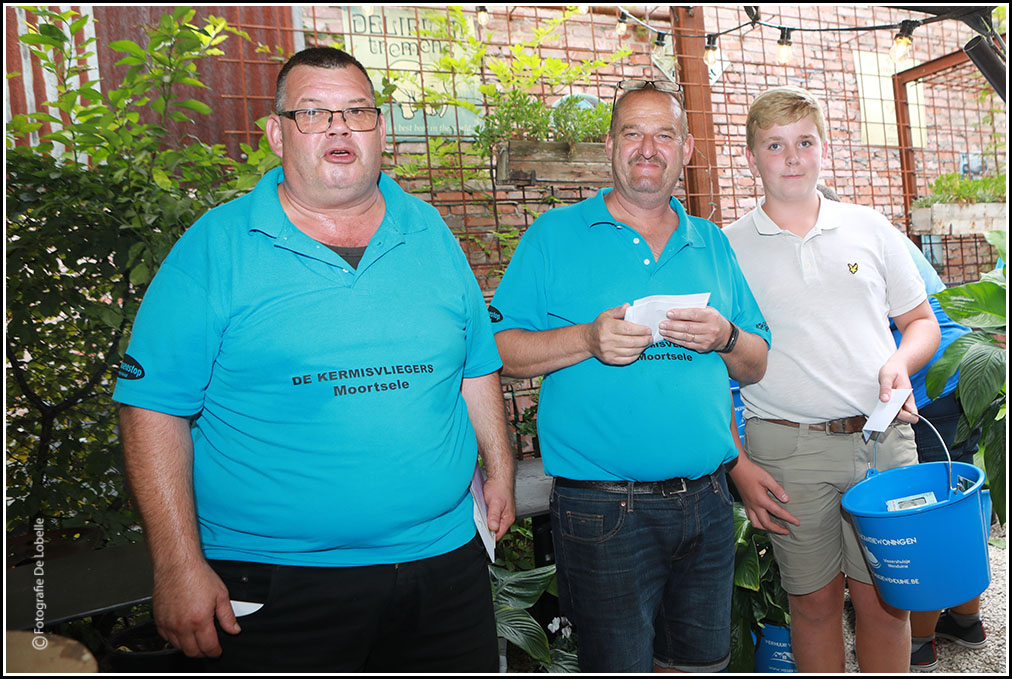 Marcel, Marnik, Eddy and Ronny win prizes
There were also five ‘beer buckets’ to be won. And the winners are:
The top five of the 43rd Quievrain Fair Flight: 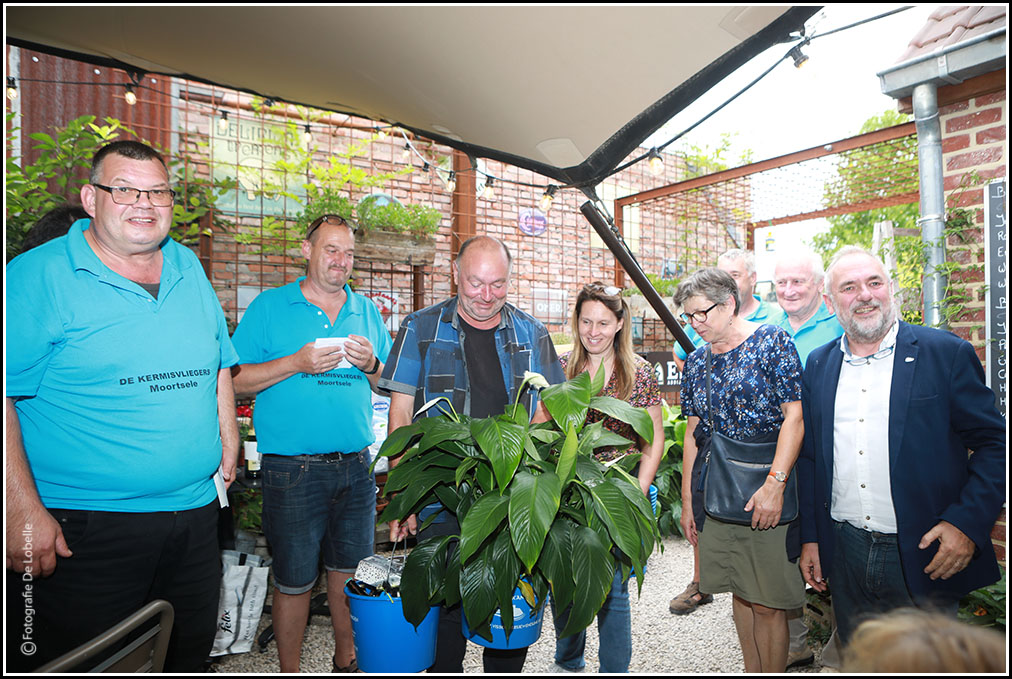 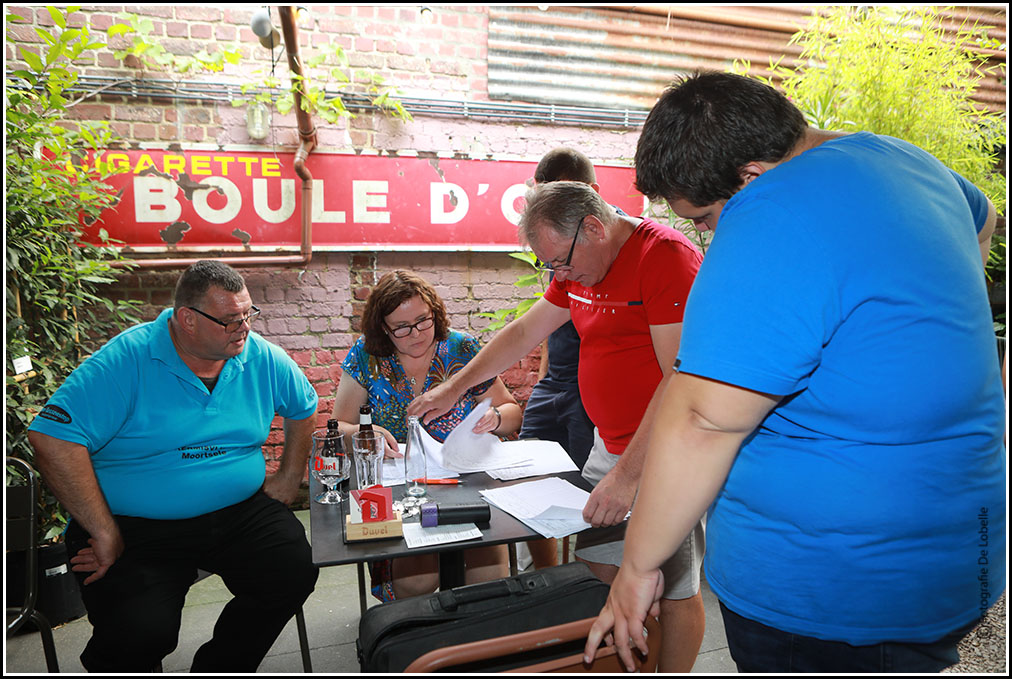 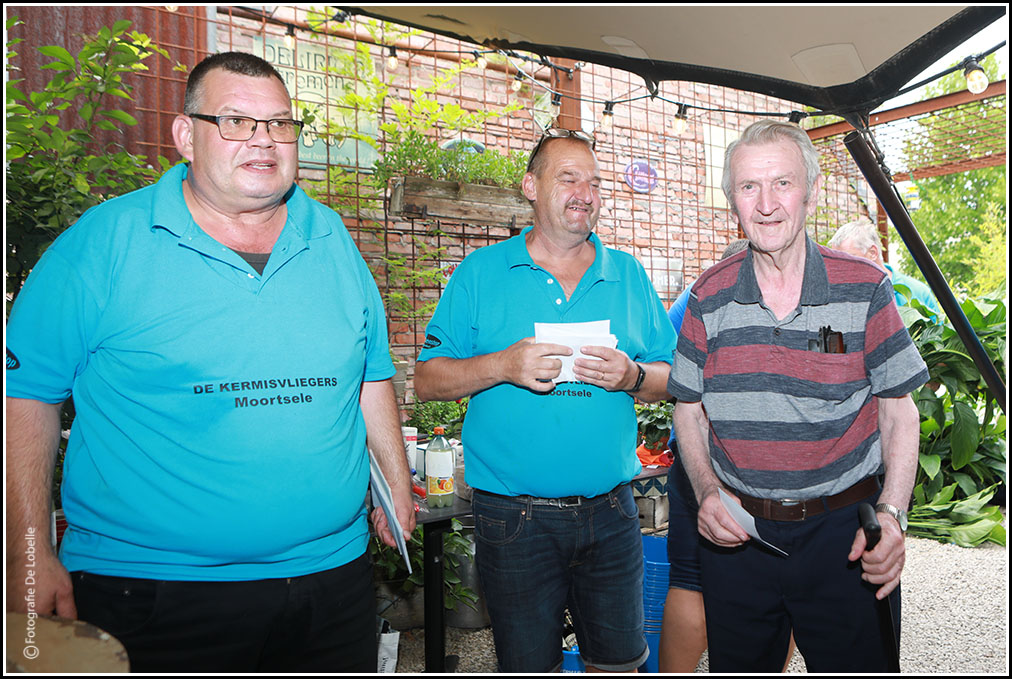 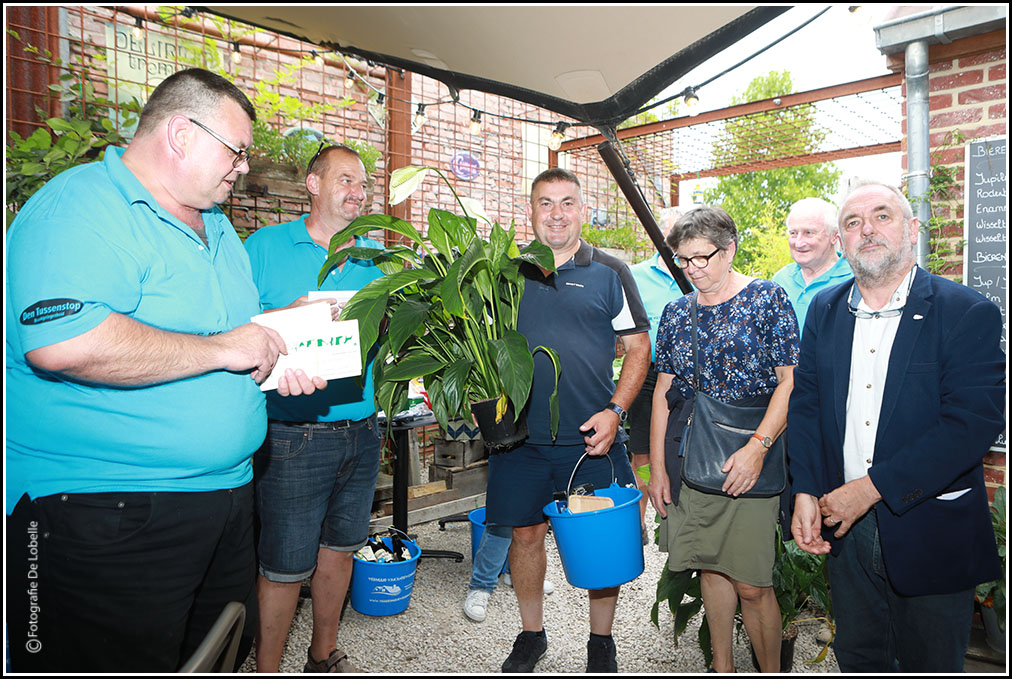 Merelbeke Village at new location at the tram depot