Johan Verbruggen: ‘The article in the city magazine about the arrival of the barracks is shockingly one-sided.’ 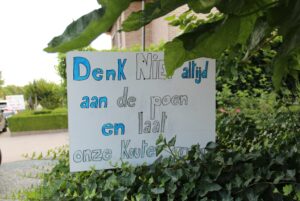 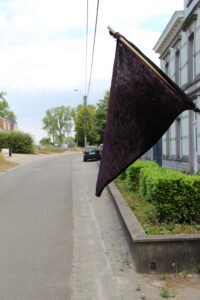 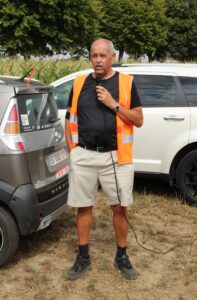 Euphoric
The article presents a one-sided, positive image. It is not discussed in the article that there are also disadvantages associated with this project. In order to make the arrival of the barracks easier for the population of Geraardsbergen, a number of ambassadors are staged, such as a colonel at the Ministry of Defense and a course coordinator from Go! Athenaeum Geraardsbergen.

According to Johan Verbruggen, the approach of the article is very one-sided. ‘There are many disadvantages associated with the arrival of the barracks that are not mentioned in the contribution in the city magazine’, says the foreman of the action committee Red De Godsbergkouter. ‘We can ask ourselves whether the city magazine of Geraardsbergen is there for all residents of our city or is only there to ventilate the one-sided vision of the city council… and this at the expense of the taxpayer.’

Economic impact
Mayor Guido De Padt (Open Vld) euphorically exclaimed during the latest city council that the arrival of the quarter could mean a boost for employment and the local economy. But it is doubtful whether this will go so smoothly. Ten years ago, Ruud Vanhold wrote a master’s script about the regional economic effects of the military bases in Leeuwarden and Den Helder: ‘Havelte: A case study into the economic and side effects of a military base’. ‘Studies are also carried out from the military angle, which usually only highlight the positive sides’, the young Dutchman wrote.

Concretely, according to the study, there are two types of economic effects, which are by far the most important contributors to the local economy, namely ‘personnel income and business transactions.’ Research shows that only a small part of the transactions end up in their own region and that the majority flow to other regions. The added value for the local economy should not be exaggerated either. ‘It appears that there is little room for maneuver in transactions with companies. Defense has to deal with framework contracts… In addition, many goods and services are of a specialist nature and cannot be supplied by everyone.’

Mobility
The research also shows that the majority of the staff will come from outside the region, something the colonel seems to confirm in the city magazine: ‘Experience… shows that about 30% of all jobs from Geraardsbergen in a radius of max. 25 km will come.’ Only 30%.
The arrival of the barracks will undoubtedly have an impact on mobility. ‘There will be a large increase in car traffic and the supply of trains is more than insufficient,’ says the foreman of the action committee. 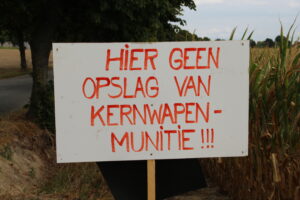 ‘The memorandum from Minister of Defense De Donder states that it must be possible to work with heavy army equipment. The latest vehicles weigh about 25 tons. That’s 2.5 times more than the heaviest tractors used here’, adds Johan Verbruggen. ‘The impact on mobility and the environment will be felt.’

The presence of military personnel has traditionally been seen as a stimulus to the local economy. But the study points out that this effect is difficult to measure. In addition, ‘research has shown that a lot of money is leaking out to other regions. The study also points out that staff are no longer likely to settle around a barracks. It is pointed out that barracks have an impact on local retail and hospitality. This should not be exaggerated though.

Community blind spot
The Quarter of the Future also has a community blind spot. ‘During our meeting with the Minister of Defense it became clear to us that the new barracks should be located as close as possible to the Language border, and preferably to the province of Hainaut. Minister De Donder is from Tournai. It is clearly with the intention to turn it into a bilingual barracks’, notes Johan Verbruggen.

Before the barracks are built, two more consultation moments will be organized and the most suitable location will be sought. ‘But if you’ve followed the last city council, you can only conclude that the search for the most suitable place is an exercise on paper. That would have been confirmed by a ship during an informal moment’, adds Johan Verbruggen.

The turnaround process takes approximately 2.5 years. If all goes well, work will start within five years. It is certain that the quarter will be an election theme in the next municipal elections in 2024.

Baguette campaign Fietsersbond Zwalm: Keeping a distance from a cyclist: what does that actually mean?