Is it legal and safe to demolish the Astridlaan house? 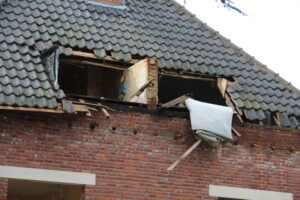 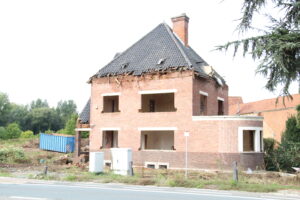 Geraardsbergen. Clearing is underway on the Astridlaan. The house no. 104 is currently being stripped and partly demolished. ‘Strangely enough, the city council has not issued a demolition permit for this. It is clear that the board of Geraardsbergen has lost control and cannot or will not even stop an illegal demolition’, responds councilor Stéphan Bourlau (Het Alternatief). The question is whether commercial activities will be organized on the plots of the demolished houses. This is against the Municipal Spatial Structure Plan, which was approved by the city council. According to Alderman of Spatial Planning Véronique Fontaine (Open Vld), this is not an illegal demolition. ‘As long as there are no changes in the dimensions of the house, no permit is required.

Clearing is underway on the Astridlaan. The house no. 104 is currently being stripped and partly demolished. Strangely enough, the city council has not issued a demolition permit for this. ‘For the plots on which the buildings at Astridlaan 100-102-104 stood, an environmental permit was only granted for the demolition of the homes at Astridlaan 100 and 102… No permit has been granted for the erection of a new building’, says the city ​​of Geraardsbergen in a writing know. Another message reads: ‘To date, no environmental permit has been issued for the demolition of No. 104. There is also no application for.’ 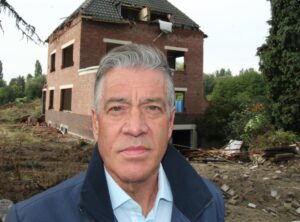 In a response, councilor Stéphan Bourlau (Het Alternatief) says that certain building promoters are allowed to illegally demolish a house on the Astridlaan with the knowledge of the city council. ‘It is clear that the board of Geraardsbergen has lost control and cannot or will not even stop an illegal demolition. The project developer is not in possession of a demolition permit, but apparently does not let this get to his heart. He is breaking the law and the board is letting mate. Mayor De Padt – responsible for the safety of citizens – and alderman Fontaine – competent for spatial planning & urban development – ​​refuse to take up their responsibility’, says Stéphan Bourlau. The foreman of the Alternative wonders what the consequences would be if an ordinary citizen had to demolish his home without a demolition permit. ‘It is clear that the city works with different sizes and weights.’

Councilor Bourlau also notes that commercial activities will be developed on the plots of the demolished homes on Astridlaan. ‘Strange,’ thinks the foreman of the Alternative, ‘A while ago the city council spoke out against the further commercialization of the Astridlaan and claimed that it would pursue a restrictive policy. The city council’s U-turn is quite remarkable.’

Municipal Spatial Structure Plan against commercialization of Astridlaan
The Municipal Spatial Structure Plan clearly states: ‘The unbridled commercial linkage is accompanied by a negative impact on the space, with unstructured traffic flows and affecting the quality of life in the area. A restrictive policy will be pursued with regard to these retail concentrations because of the negative mobility effects and spatial linkage. No additional expansions and repurposing activities are foreseen for retail purposes… In this RUP (global Provincial RUP, ed.) a halt must be put to the tendency to displace the residential function by retail warehouses.’

‘Meanwhile, the neighboring houses have already been demolished. In the Municipal Spatial Structure Plan, the city council calls for an end to the dominance of retail warehouses. It seems that by the 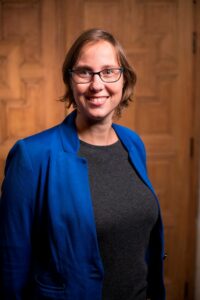 demolition of the buildings creates space for the arrival of a retail warehouse at a crossroads, where the traffic pressure on the Astridlaan is greatest and accidents regularly occur. Traffic congestion and insecurity have been a concern of many residents and motorists for years. Despite the many promises of the city council, the Astridlaan is still treated like a stepmother’, adds Stéphan Bourlau.

Councilor Bourlau also points out that the house at 104 Astridlaan is freely accessible to the public. ‘That can lead to dangerous situations. Children playing can be dangerously injured. In the recent past, several vacant homes on the Astridlaan were squatted because they were easily accessible.’ Stéphan Bourlau points out once again that this is ‘a gross negligence’. “The police regulations clearly state that the owner must ensure that access to his building is closed to the public.”

Ships Fontaine responds
According to Alderman of Spatial Planning Véronique Fontaine, this is not a demolition. ‘Our services have been on site to inspect the demolition works. The works that are currently being carried out – removing joinery, window tablets, roof extensions and gutters – do not require an environmental permit. It was therefore not necessary to stop the works. The owner will nevertheless be contacted to inform them that a concrete demolition of the house does require an environmental permit.’

‘Mr Bourlau is therefore mistaken in his reasoning that this is an illegal demolition. For example, any citizen can remove and replace his joinery without the need for a permit, as long as there are no changes in dimensions. Apart from the demolition application, no other environmental permit has been applied for for the said plot.’