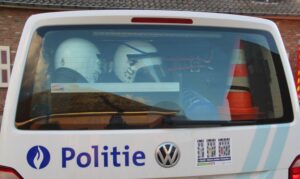 Geraardsbergen. This weekend, the traffic service of the Geraardsbergen/Lierde police once again carried out checks on our territory. Three drivers took a positive drug test. A minor tried to evade control with his moped, but was nevertheless caught.

The traffic service of the Geraardsbergen/Lierde police has again carried out checks on our territory this weekend. Several drivers also took a positive drug test. ‘How drugs affect your driving depends on which drugs you use, but it always increases the chance of causing an accident. We therefore repeat that there is zero tolerance for drugs in traffic in our country’, the Geraardsbergen/Lierde police state.

During the check, 3 drivers took a positive drug test. Their driver’s license was revoked for 15 days. Another person sounded the alarm during a breath test and received an immediate collection.

A minor driver of a moped tried to evade control, but was still caught. After checking with the curvometer it turned out that the moped was being driven up (77 km/h). The moped was laid up for 30 days.

Official reports were also drawn up for expired inspection, steering regrets forfeiture, a warning due to technical requirements, infringements of driver’s license, ID card and registration, entrusting a vehicle to a person who does not hold a driver’s license… Immediate innings ordered for cell phone use while driving, disregarding a prohibition sign and 2 GAS for wrong parking.

Is it legal and safe to demolish the Astridlaan house?