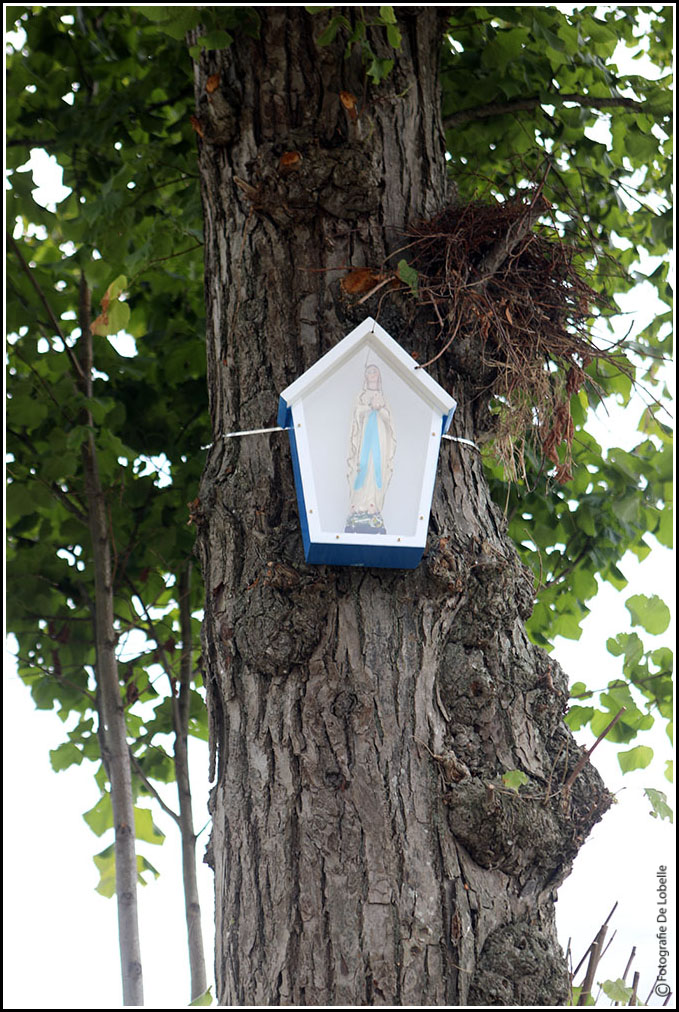 In honor and glory of Our Lady, the tree chapel was returned to its original destination: at the border tree in Wulgenstraat. A boundary tree as a boundary marker is a tree that indicates a boundary of a country plot, municipal boundary, parish boundary or even a country plot. Trees were used as boundary markers because boundary stones or boundary markers could easily be moved to, for example, secretly move the boundary. Border trees where three borders meet were also sometimes pruned so that only three branches remained, each pointing to a city or church.

In our case, the border tree (a linden tree) is owned by a farmer from the immediate neighborhood Marc Crommelinck and indicates the coming together of the former municipalities of Gijzenzele, Landskouter and Oosterzele. Remarkable for this tree: during the war violence of the Battle of Giezenzele in May 1940, it was completely destroyed by bombs in the front area. Gradually, however, he rose again to the tree that stands now. According to the testimony of a resident from the area, the chapel was destroyed by a farmer from the area for an incomprehensible reason. In view of the historical value, our society decided to bring this remarkable history back to the surface. 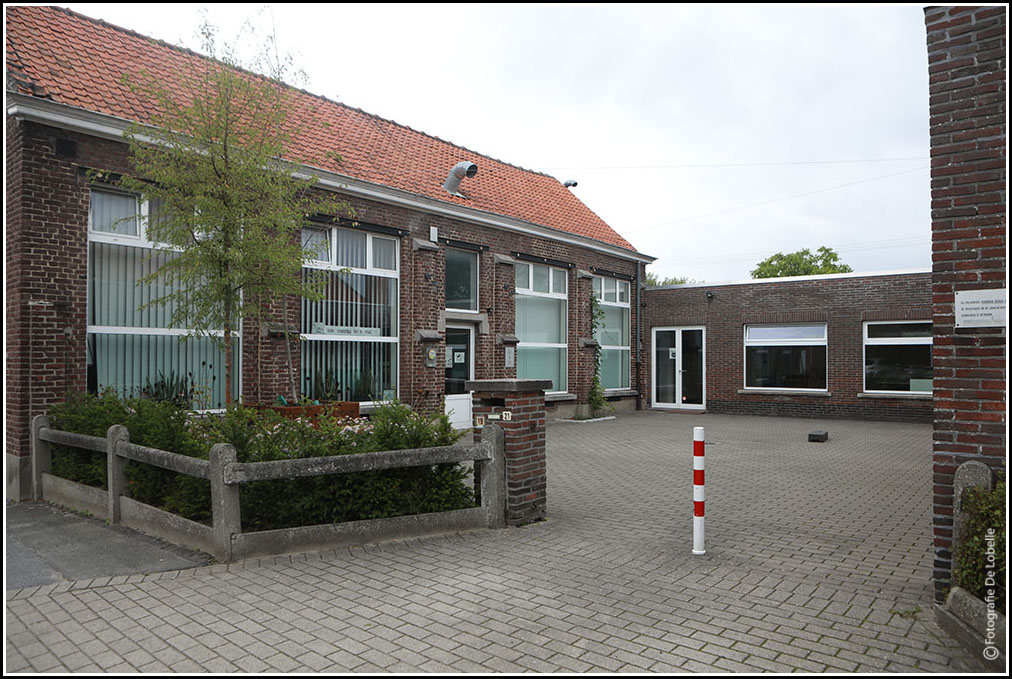 Inauguration of the new memorial plaque for the establishment of the “Mannekesschool”.

Since the copy placed in 1876 at the opening of the Mannekenschool had become illegible, a new copy was donated by mayor Johan Van Durme and wife Carolina De Meyer. A brief overview of the history of this school:
1875 approval plan to build a schoolroom and teacher’s residence
1876 inauguration of school buildings and adjacent residence by mayor S.Eeckhout 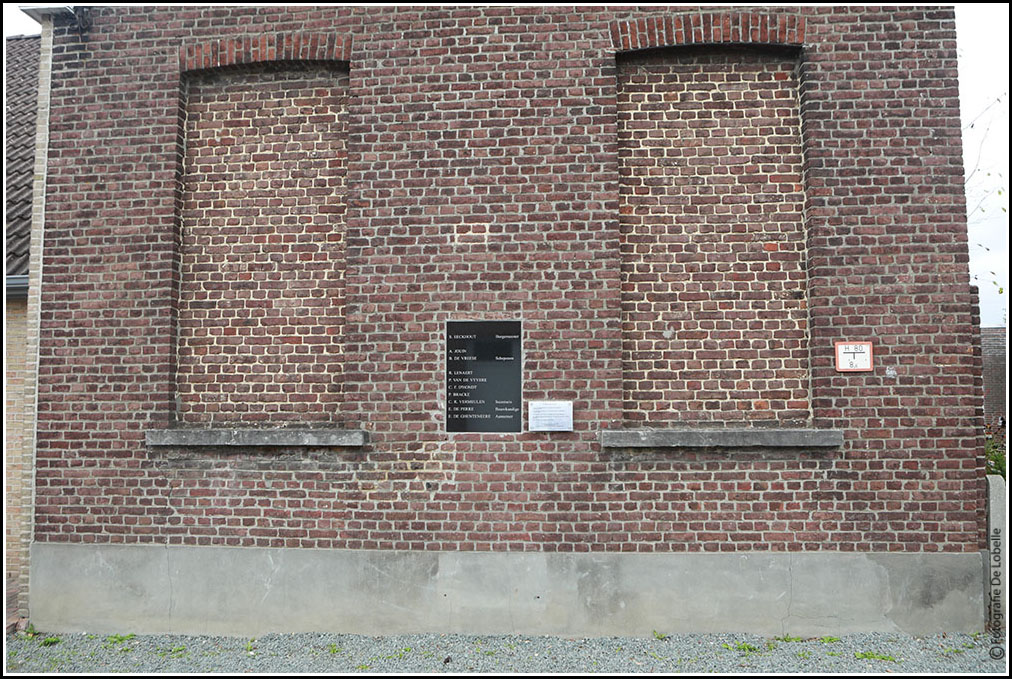 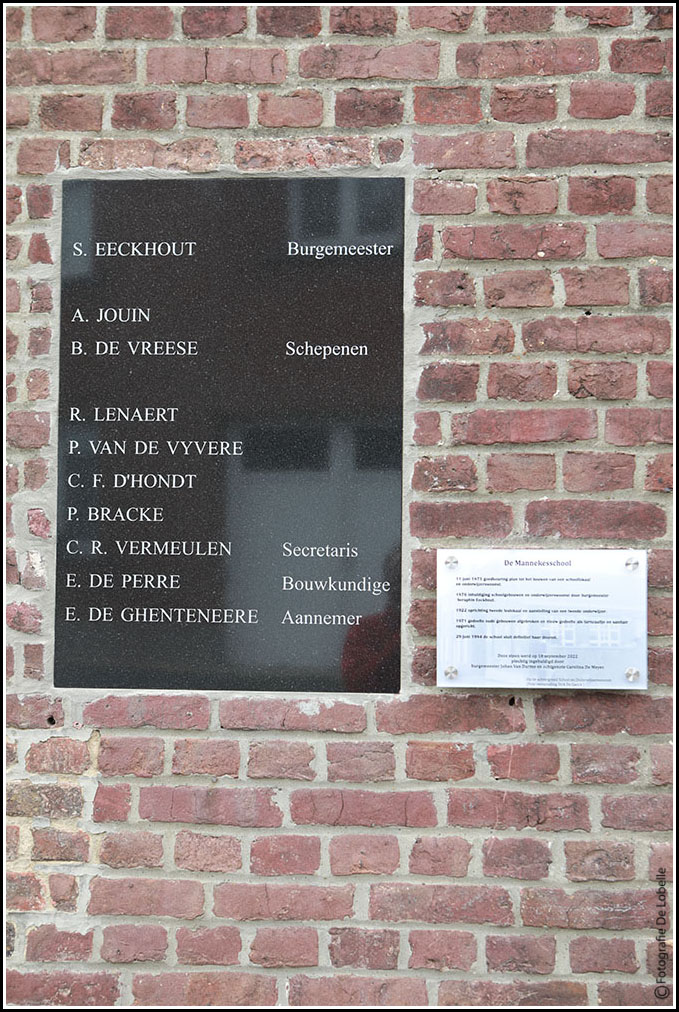 1922 establishment of a second classroom and appointment of a second teacher
1971 part of the old buildings will be demolished and a new gymnastics hall is set up as a gymnastics hall
June 29, 1984 the school is definitely closing its doors. Master Willy Vandevijver says goodbye to the first and second grade and leaves for the municipal school of Oosterzele.

Master Willy was present at this inauguration together with his wife Raymonda. Our society had invited his students who had experienced the end of the school without his knowledge. 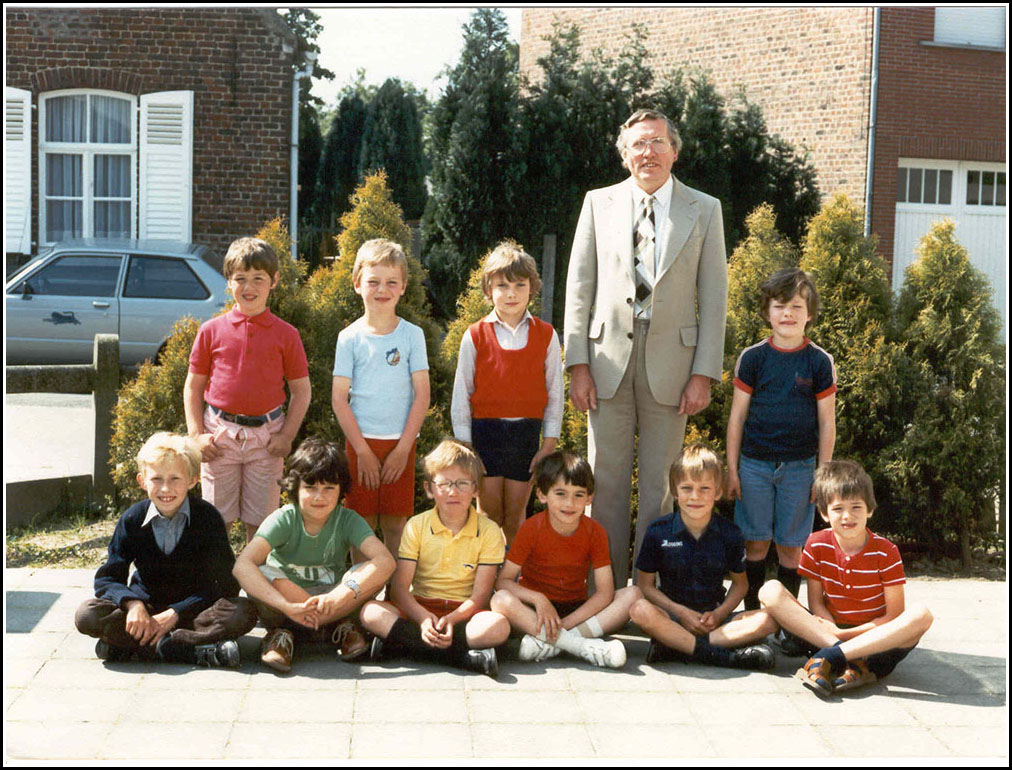 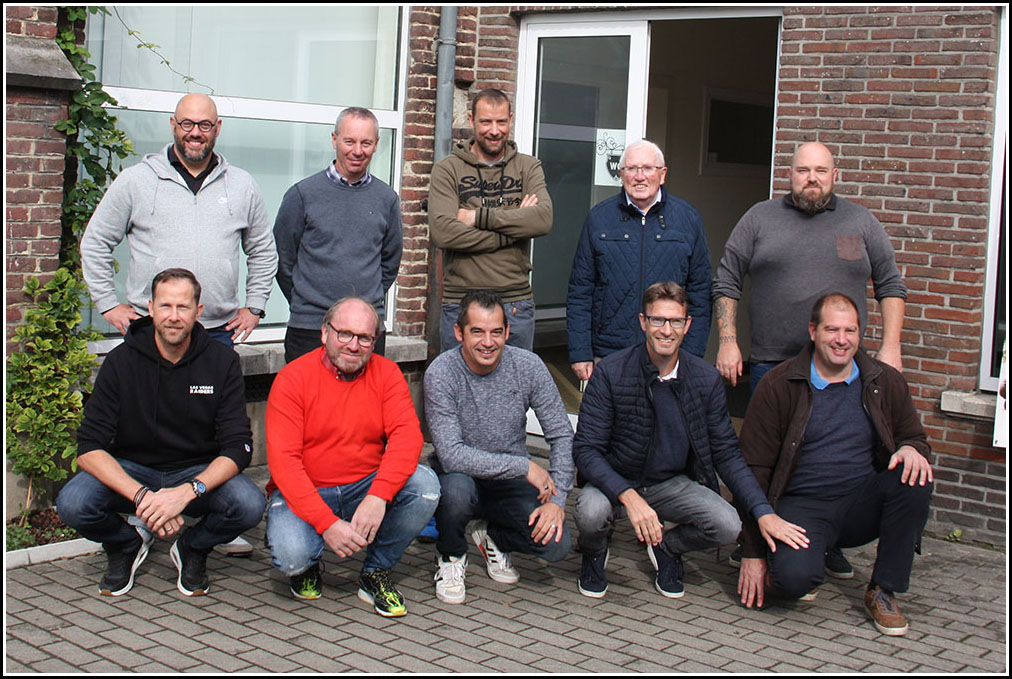 What inspired woman in D’Hoppe?