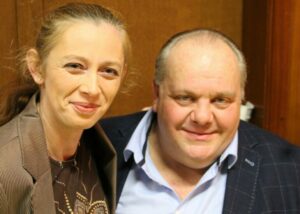 Geraardsbergen. Alexandra Remory is no longer on the City Council. She had not been domiciled in Geraardsbergen for a while, which is a condition for being able to reside. In 2021 she left the party and became an independent. The former Vlaams Belang politician stood out mainly because of his absence. Given the logical order of the number of preferential votes, Guido De Lil seems to be her successor, but we have to wait for confirmation from the party.

Alexandra Remory is no longer a member of the Geraardsbergen city council. Remory had not lived in Oudenbergstad for a while and was no longer domiciled there, which is a condition for continuing to sit on the city council. Officially it sounds that the former Vlaams Belang politician no longer meets ‘the eligibility conditions’. The city council will most likely declare its mandate expired next Tuesday.

Independent
With the municipal elections of 2018, Alexandra Remory drew the list for the Vlaams Belang as an asset. The party accounted for about 8.9% of the vote. As party leader, she received 484 preferential votes. Together with Hans De Gent, she won a seat in the city council. It was no secret that the cooperation between the two Vlaams Belang representatives was very difficult from the start.

At the beginning of January 2020, she came into the limelight again when she became the victim of vandalism. The rear tire of her car was slashed. Remory suspected malicious intent and filed a complaint against unknown persons with the police.

Alexandra Remory could not find her way as party leader. “She excelled mainly in absence,” it sounded. Her engagement in Vlaams Belang would not last long. In August 2021, she threw in the towel. She left Vlaams Belang and went to sit as an independent. ‘I have not felt at home in Vlaams Belang Geraardsbergen for quite some time now. The lack of ‘political’ support, respect and internal conflict leaves a bad taste in me,” Alexandra Remory said.

Lil Guido
Within the Vlaams Belang, Alexandra Remory was also looked forward to. ‘The collaboration with Alexandra was going to be terminated anyway. After our relaunch, there is no room for Alexandra within the vision of Vlaams Belang Geraardsbergen’, said chairman Joeri Geeraerts at the time.

Even afterwards Alexandra Remory showed little or nothing of herself as an independent. During the city council, her seat invariably remained empty. Vlaams Belang has not yet communicated who will succeed her within the city council, but if we look at the number of preference votes, Guido De Lil is the logical successor. With his 210 preference votes, he finished in third place after Hans De Gent.