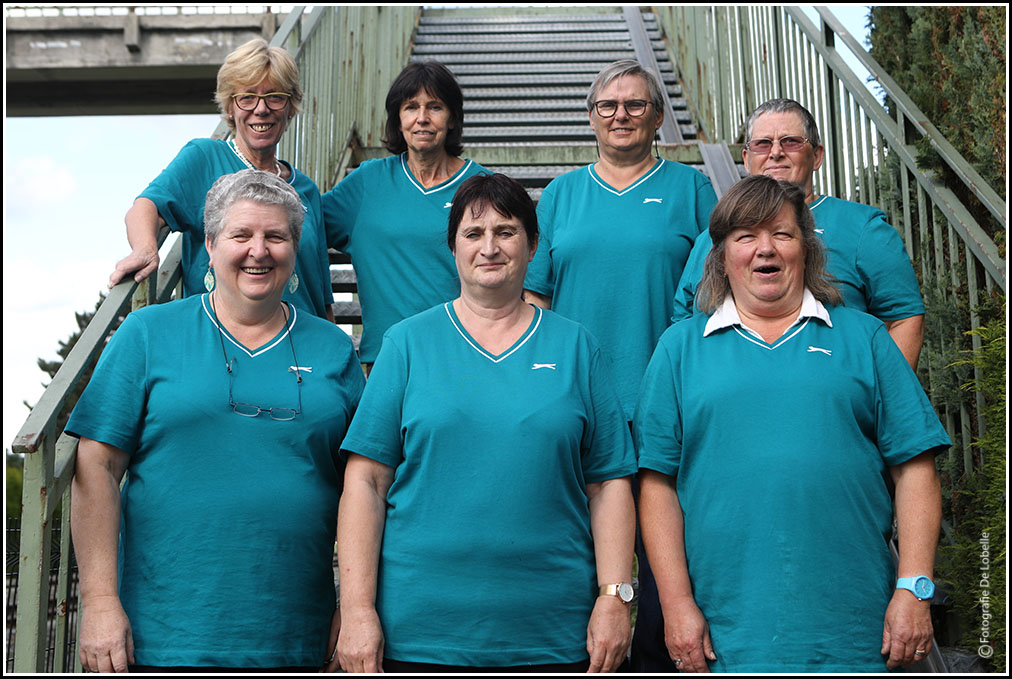 The FERM (KVLV) department of Balegem has been around for 70-(71) years. This special association anniversary could not just pass by ‘The women with speed’.
The festive brunch was accompanied by the unrolling of a festive kitchen apron. After the celebratory brunch there was a musical performance by Bloom on the Rocks, who brought Irish Folk. 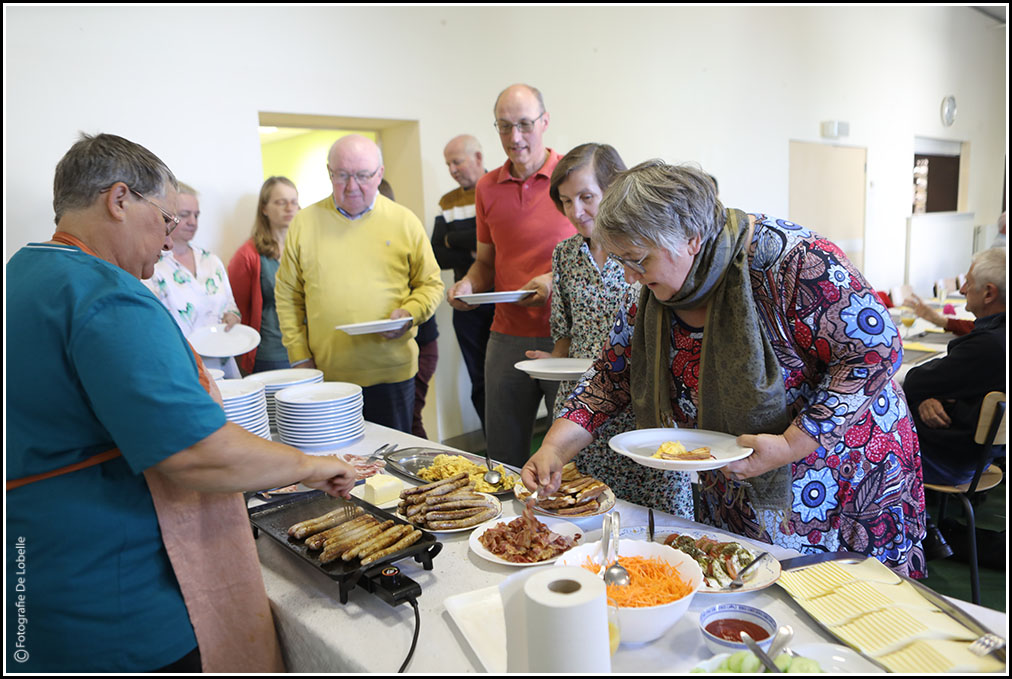 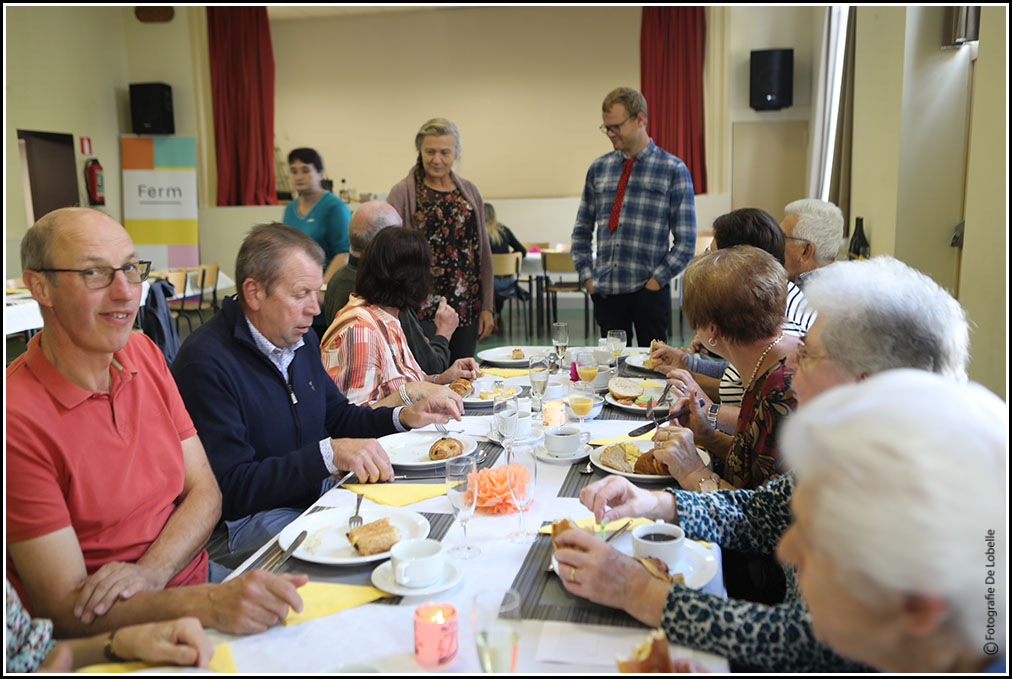 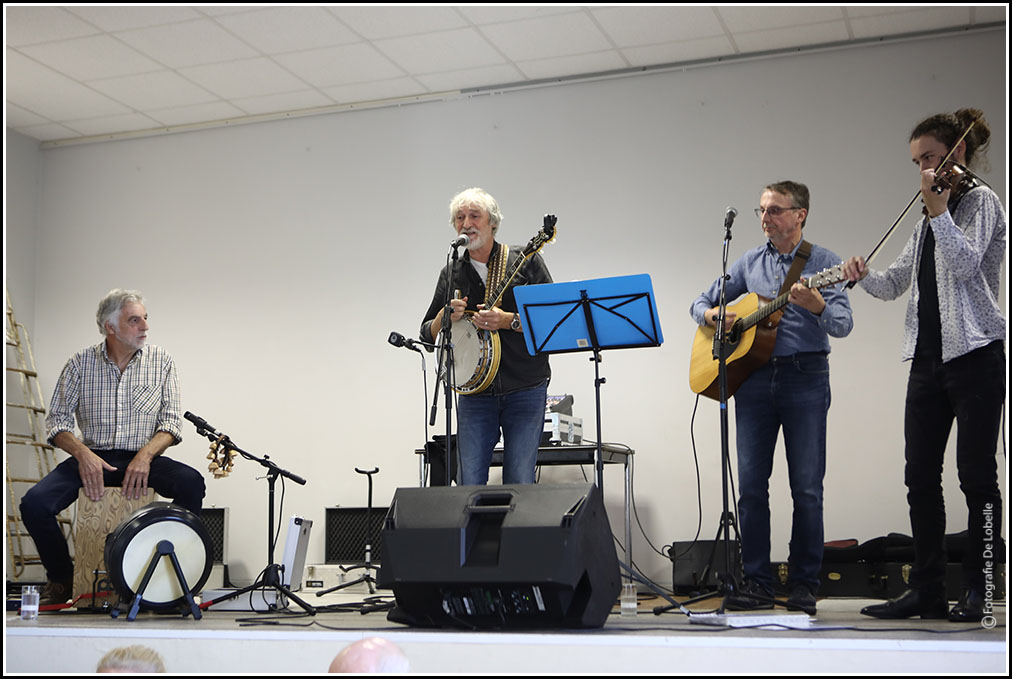 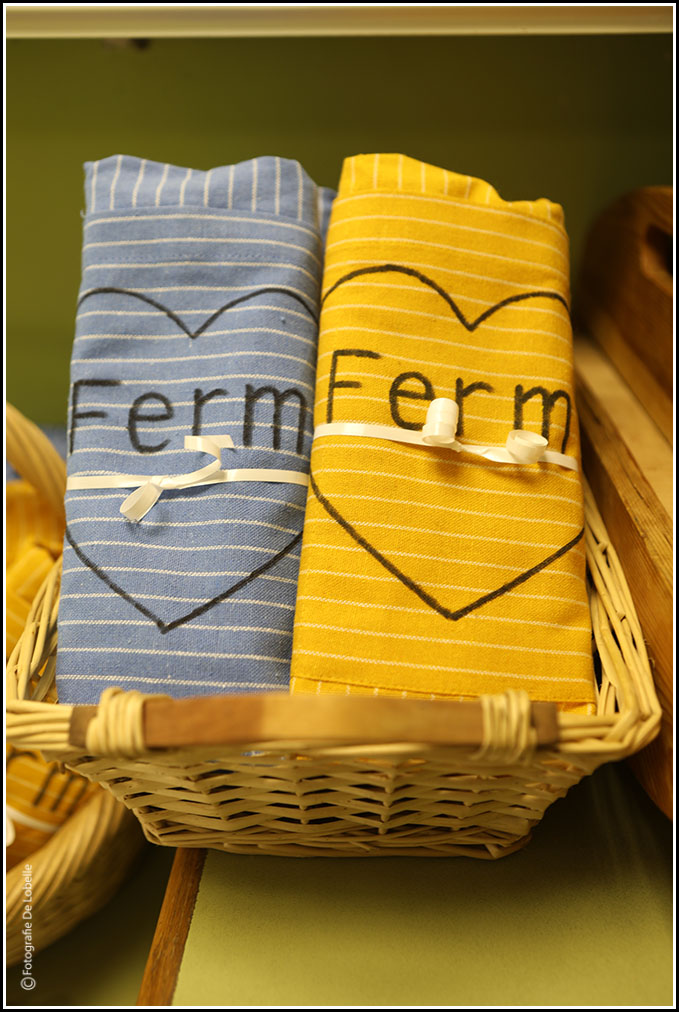 The farmers’ guild already existed in 1931 under the responsibility of Louise De Pessemier. In 1932, Miss Thienpont was the chairman. Influences of a political nature caused the guild in Balegem to cease to exist in 1932.
It was curate EH Strens who took the initiative on June 10, 1951 to form the farmers’ guild
to re-establish. At the start, 83 women registered.
Among the volunteers from the very beginning we note Angèle Van De Vijver, Astrid Pluym, Godelieve Meerschaut, Lily Van Gremberghe, Berenice, Becqué, Paula De Paepe, Hilda Quatacker, Yvonne De Schamphelaere, Agnes Wanzeele, Juliette Janssens. The following were also present at the foundation meeting: pastor Bogaert, curate Strens, the dog representatives Miss Van Cleemput and Miss Haesaert.

The guild prospered greatly. After the sudden death of Cécile Haegeman in 1971, Cécile Lefebure-Rigaux succeeded her as secretary. Afterwards, Marguerite De Mulder took the helm
over as chairman In the same year, the organization also changed its name. ‘De Boerinnenbond’ became KVLV (Catholic Training Work for Rural Women).

Name change
After half a century of living as KVLV, the women’s association is now changing its name. The name change was implemented in 2020, the choice fell on Ferm, a brand name that groups various family support services such as Landelijke Thuiszorg, Landelijke Kinderopvang and Puuur Huishoudhulp.

Ferm brings together the largest Flemish women’s movement and several strong service organizations under one brand with one name. Ferm symbolizes rediscovering the power of close collaboration and sharing talent and expertise. The roots of this strong network lie in the countryside, with the Boerinnenbond from 1911, later the women’s association KVLV and since 2020 FERM.