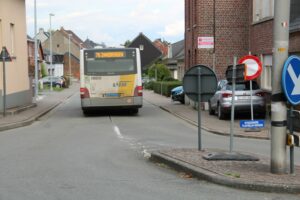 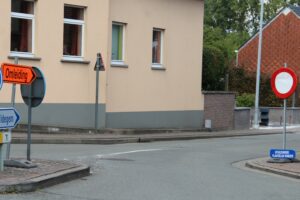 Schendelbeke/Idegem. The works on the Aalstsesteenweg not only cause a lot of cut-through traffic through the streets of Schendelbeke and Idegem. The traffic signs also cause a lot of confusion. The traffic signs ‘Locally exceptional traffic’ alternate with arrows ‘Detour’. While the streets are only accessible to local traffic, drivers are invited to detour through the same streets.

Moreover, the traffic signs cause a lot of confusion. At the beginning of Ganzestraat, for example, there is a sign ‘Locally exceptional traffic’, while the drivers are invited by an arrow ‘Detour’ to drive through the street. ‘It would be more logical if the drivers were invited to drive straight ahead, via Ophasselt’, a passer-by tells me. The same confusion reigns on Idegemplein. There, too, the driver is invited by means of an arrow ‘Detour’ to drive through the Dries- and Ganzestraat, while a little further it says: ‘Locally exceptional traffic’.

Many residents complain about the high traffic. Trucks, tractors and other heavy traffic also take this shortcut, which leads to traffic nuisance. This is not only due to the high amount of traffic, but also because a lot of cars are parked along the side of the road. In addition, there are also works underway in Ganze- and Driesstraat, which will also have an impact on traffic. The works will certainly last until November 30. 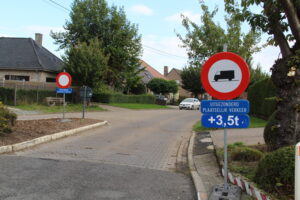 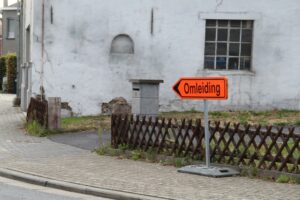