Glenn Van Durme and Mathis Storme have led KVV Windeke to a deserved derby victory with great goals. At halftime 0 – 3, the verdict of VoorVoor Gijzel Oosterzele was actually passed after 45 minutes. In the second half VGO played much better football, the labor resulted in a goal, signed Gertjan Droesbeke. A strong first half from the Windo’s was enough for the second season win. Glenn Van Herpe played a large part in the victory, quick, sharp and present. Plays inspiring. Was sung to after his goals by the playful KVV – spykop. KVV can be proud of it. 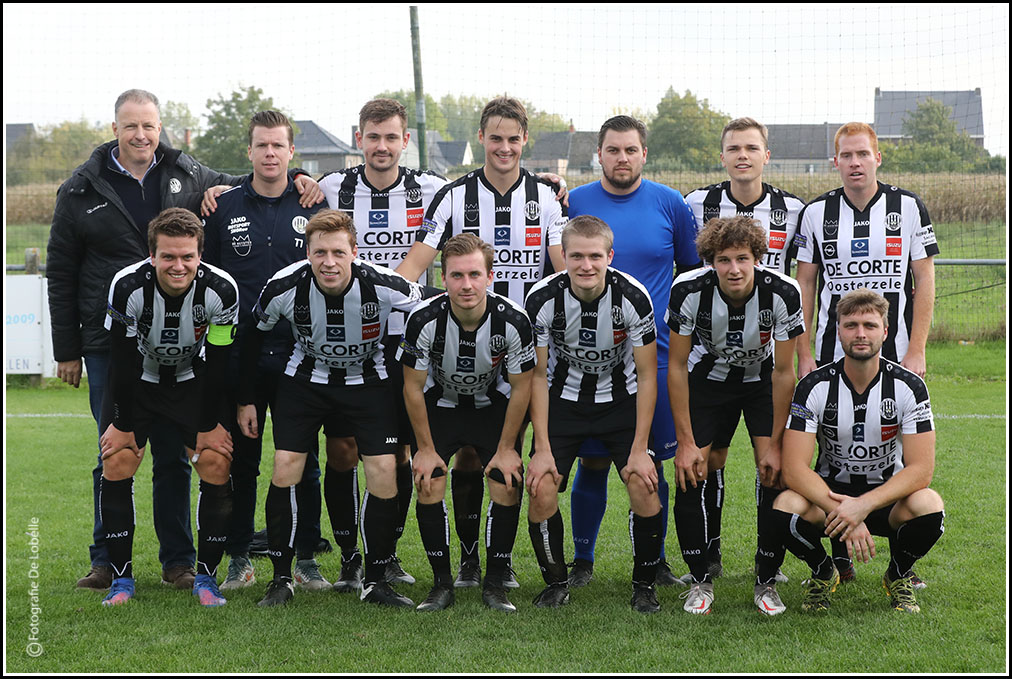 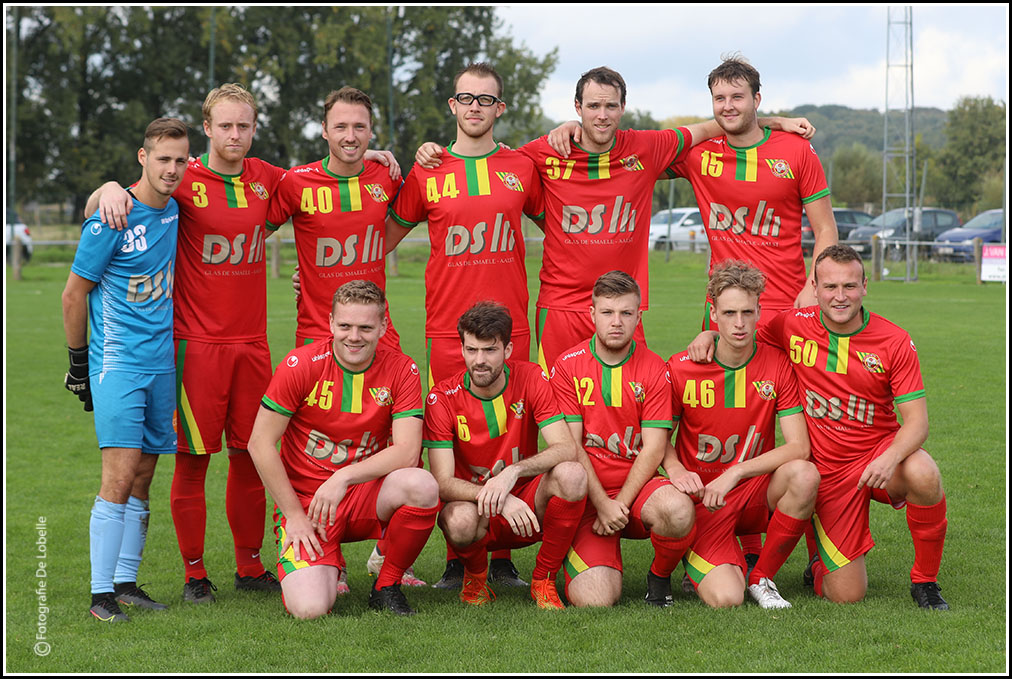 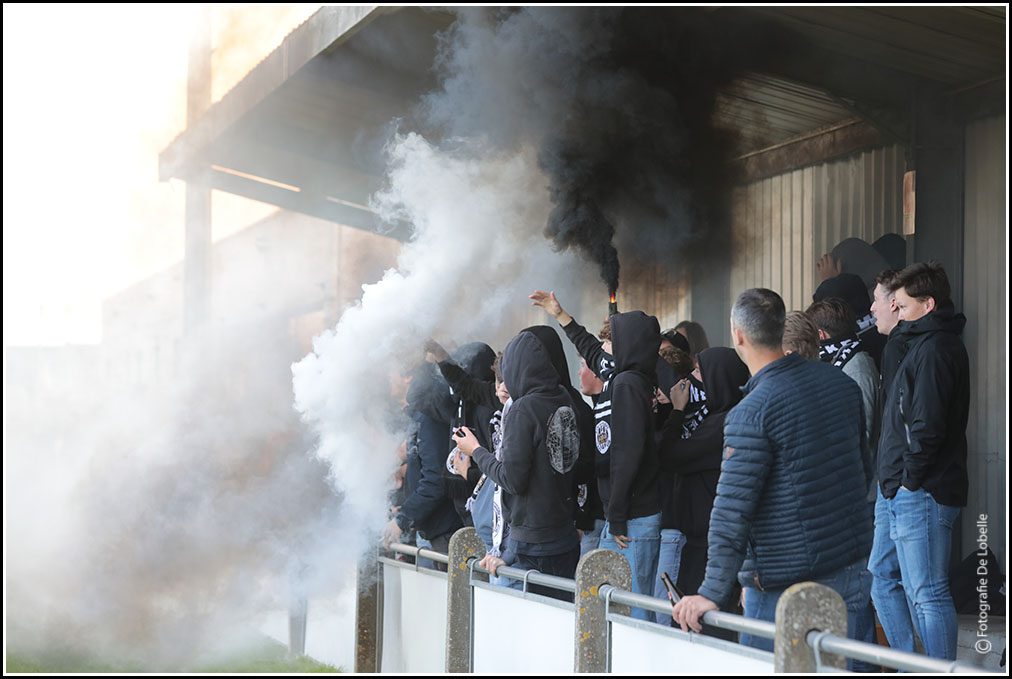 The Windeek supporters – with the striking spy head in the stands – are on a cloud after the 1 – 3 victory. In the middle of the first half, KVV took matters into their own hands and drew the best patterns. It resulted in chances, the dominance of the field was cashed in with three goals. With some luck it could have been 0 – 4, a great move by Jens Van Audenaerde was saved by goalkeeper Jovany Van Oudenhove. Mathis Storme’s solo – just before half time – was especially impressive. His goal was also exuberantly celebrated by the spy head – all young people with a big heart for the Windos. The match of 17-year-old Mathis Storme was a succession of successful actions, crowned with a beautiful goal, the goal that VGO definitively counted out.

Actually very beautiful, that loud ambiance (with harmless smoke bombs, maybe something needs to be done about the smell). There is clearly a new wind blowing in the KVV household. A striking number of young people attended the match. Before the break, the VGO engine did not reach speed. 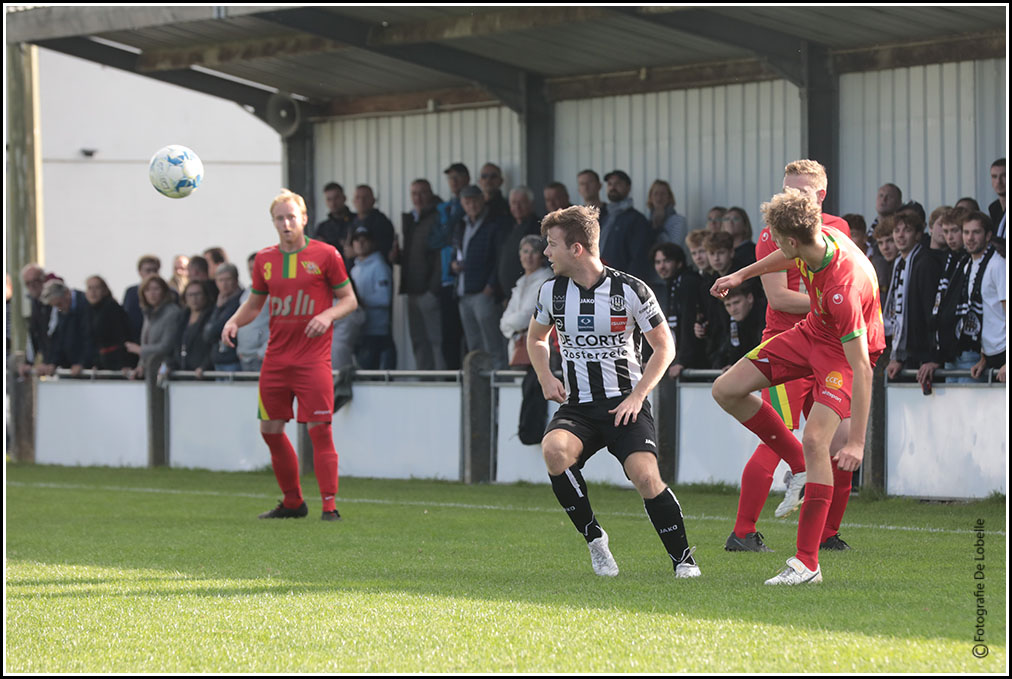 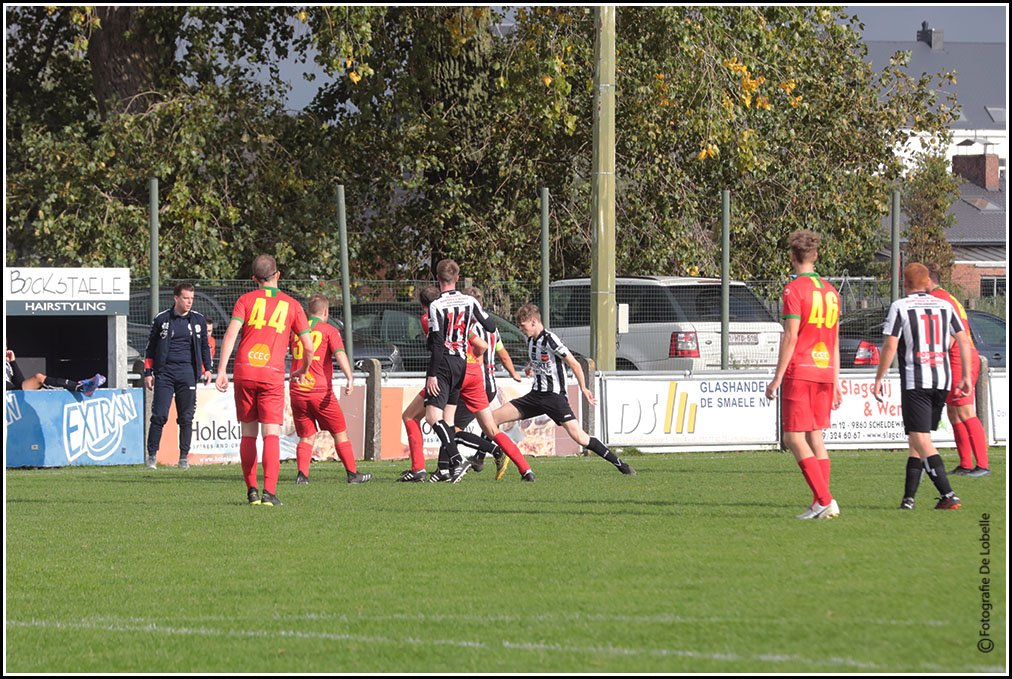 in the second half more energy in his game and showed a dose of character. After Gertjan Droesbeke’s goal, he continued to aim for more, but his sights were not sharp. That’s where the shoe pinches at VoorVoor Gijzel Oosterzele. Scored only 6 times and already conceded 16 goals. KVV Windeke kept the lines closed and physically it made a good impression. In the second half it sometimes seemed that the Windo’s played with the handbrake on for a while. But the spoils had been in for a long time, scored three times in the first half, the defense never really got into trouble. KVV was able to finish the game calmly. The temperamental Jens Van Audenaerde ran – in a fair match – against an (unnecessary) red card. The clash, so deservedly won by KVV Windeke. Remarkably, quite a few supporters showed up for the derby, especially on the Windeek side. It was like a home game. Only a handful of supporters of the B team of VoorVoor Gijzel Oosterzele followed the match. 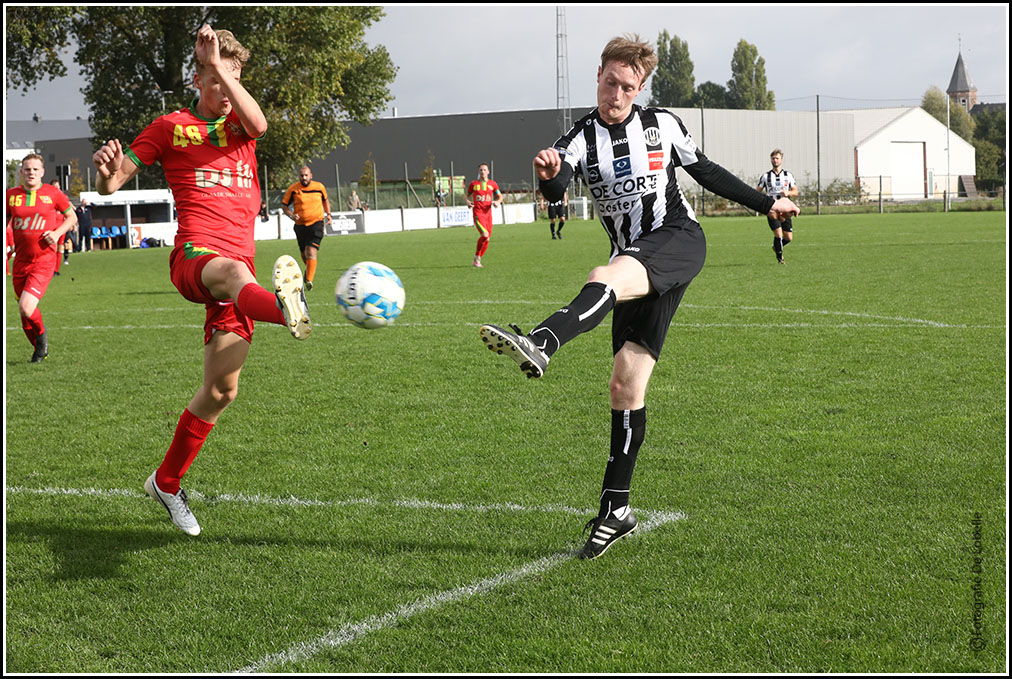 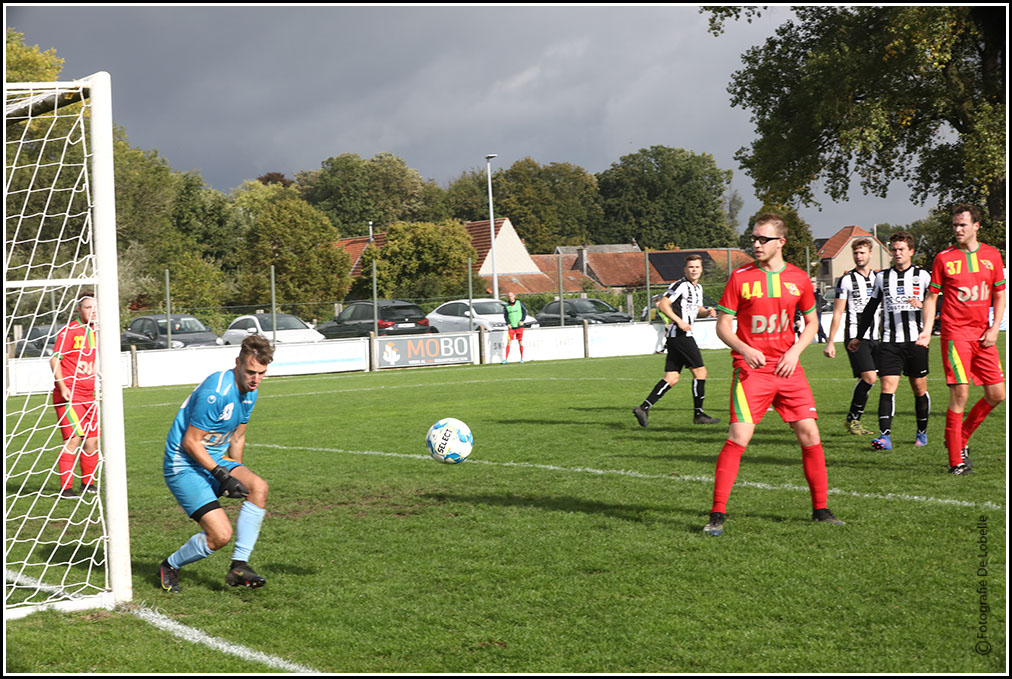 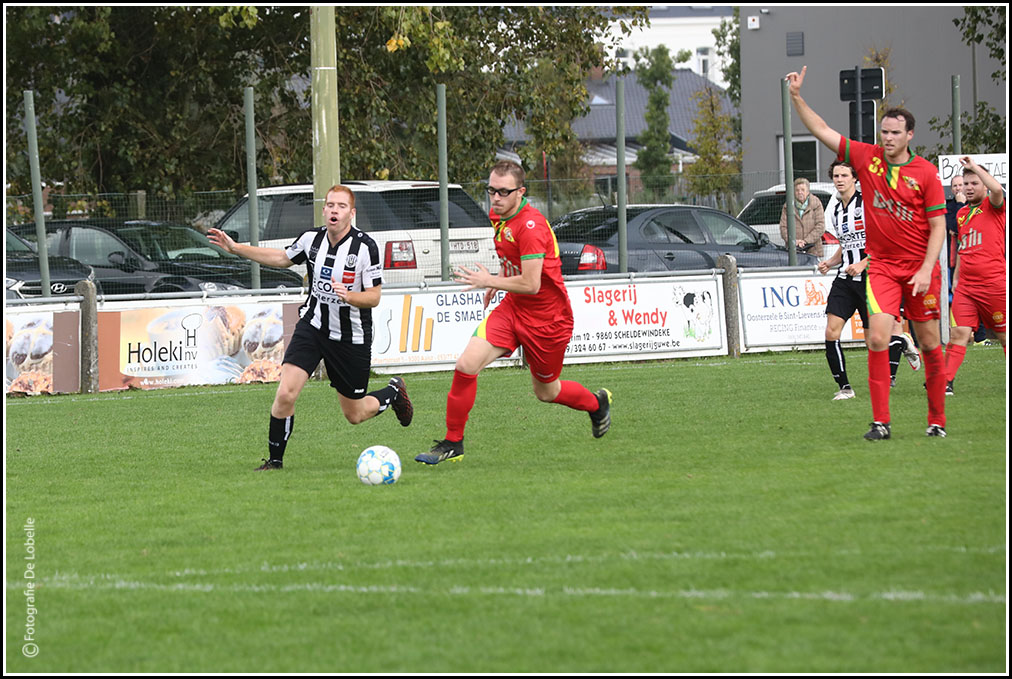 It was not all doom and gloom in Oosterzele. The A-team easily beat Jong Zulte (0 – 3) and the women’s teams of VoorVoor Gijzel Oosterzele immediately caused a furore. (6 – 0 and 5 – 0).

The ladies of VoorVoor Gijzel have made an impressive start to the competition on the first day of play. The women’s team in the first provincial crushed SK Erembodegem with 6 – 0. The team in the second provincial easily won 5 – 0 against Nazareth – Eke. Talk about a dream start. The ambitions were immediately given extra strength.

It is of course nice to already win the opening game of the brand new competition 2022 – 2023, it is of course still too early to draw certain conclusions. Although, the VGO ladies clawed quite nicely anyway. The first victories of the ladies have of course already had a positive influence on the atmosphere in the group. They started as a whirlwind against SK Erembodegem and VC Nazareth – Eke respectively. Very strong in the organization, the coaches’ plan was executed perfectly. SK Erembodegem and VC Nazareth – Eke were blown away. VGO masterfully in defense, decisive in attack. Impressive what they put down on Friday evening and Saturday afternoon. Physically strong. Smart collective game. And with a lot of firepower (together 11 goals!). That surrender, nice to see.

On Saturday 8 October (kick-off 6 pm) the VGO ladies (1st prov) will go to Evergem – Center and the VGO ladies (2nd prov) to KSK Zingem (kick-off 15:30). Two feasible cards on paper, but the spry VGO ladies will still be wary. Forward Gijzel Oosterzele’s women’s teams intend to impose their own game against Evergem – Center and KSK Zingem. In any case, the start was promising. The VGO ladies are very efficient in finishing. The ladies hope to be able to continue this trend on Saturday 8 October. The numbers 6 – 0 and 5 – 0 look very nice, but admittedly the season is still long. (marcel van de pond, photos danny de lobelle) 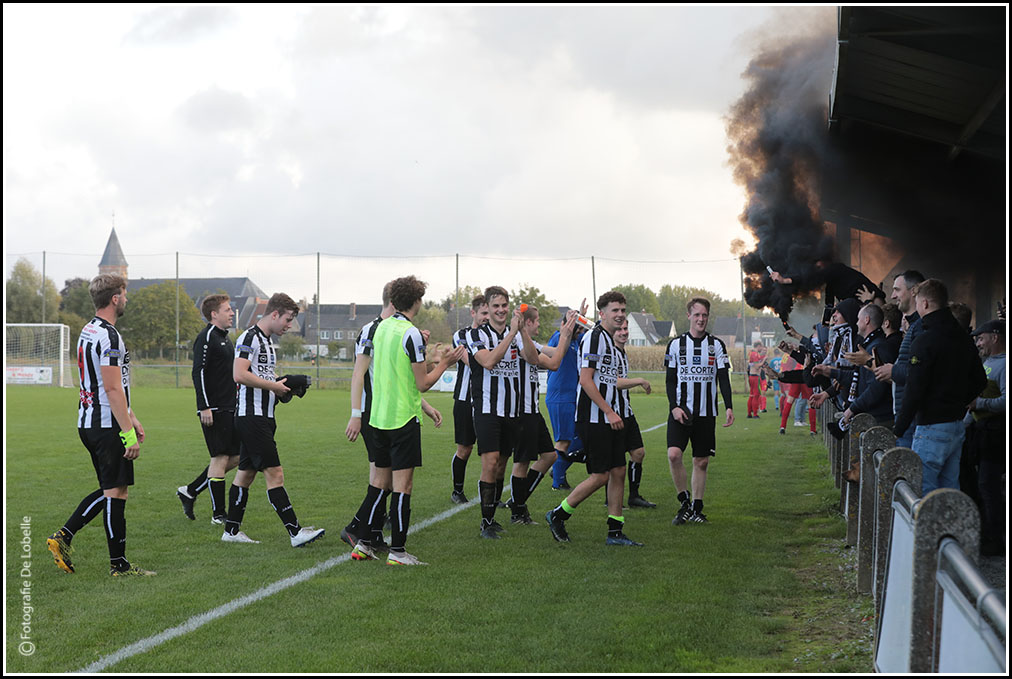 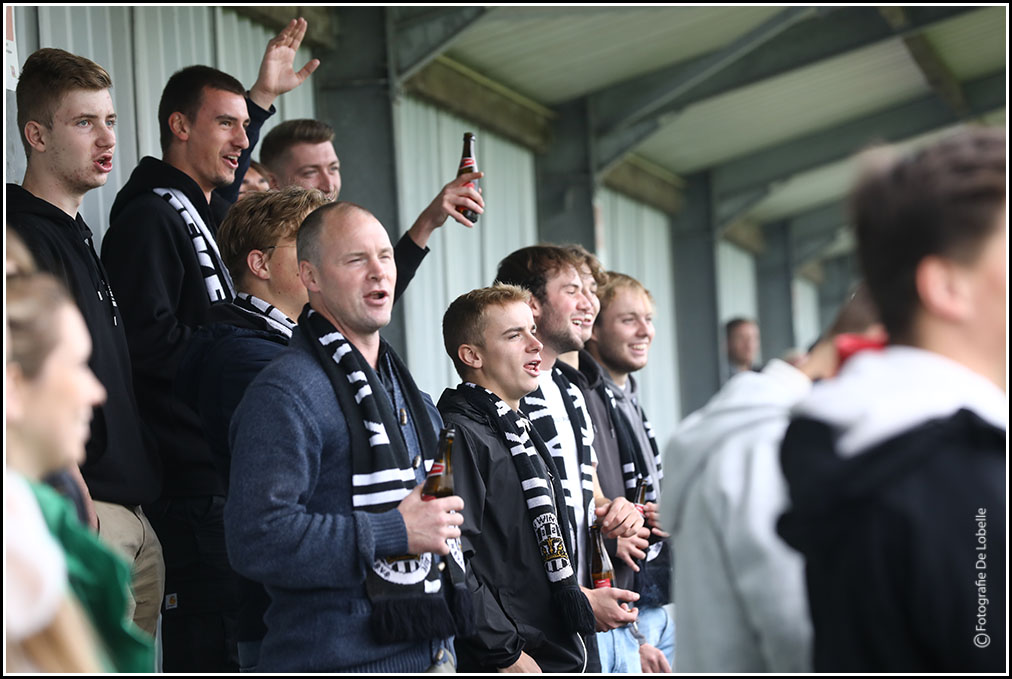 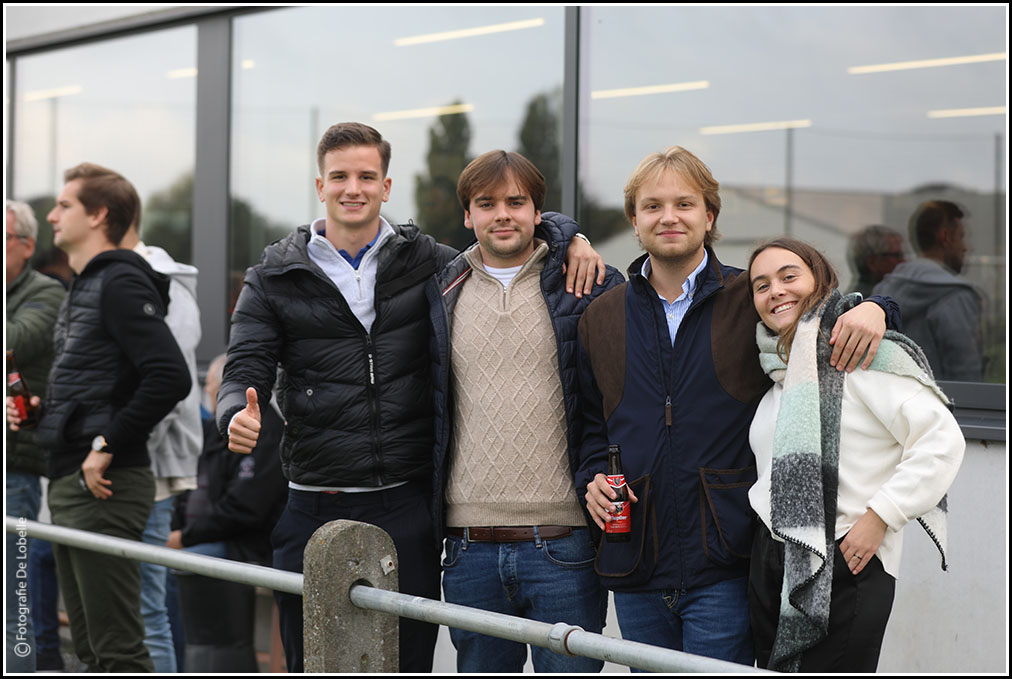 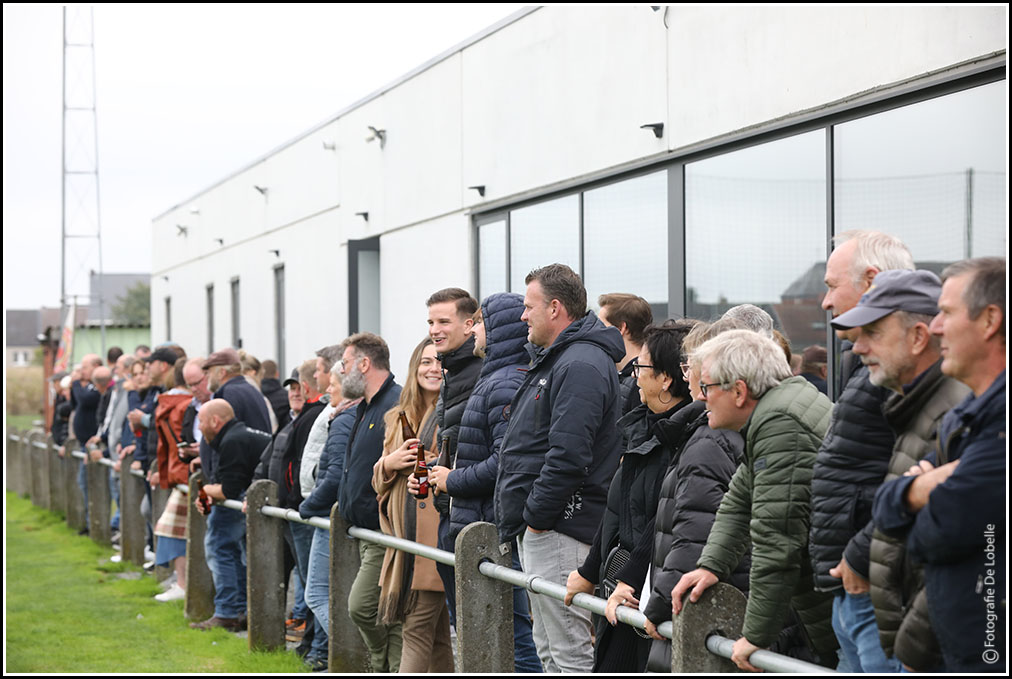 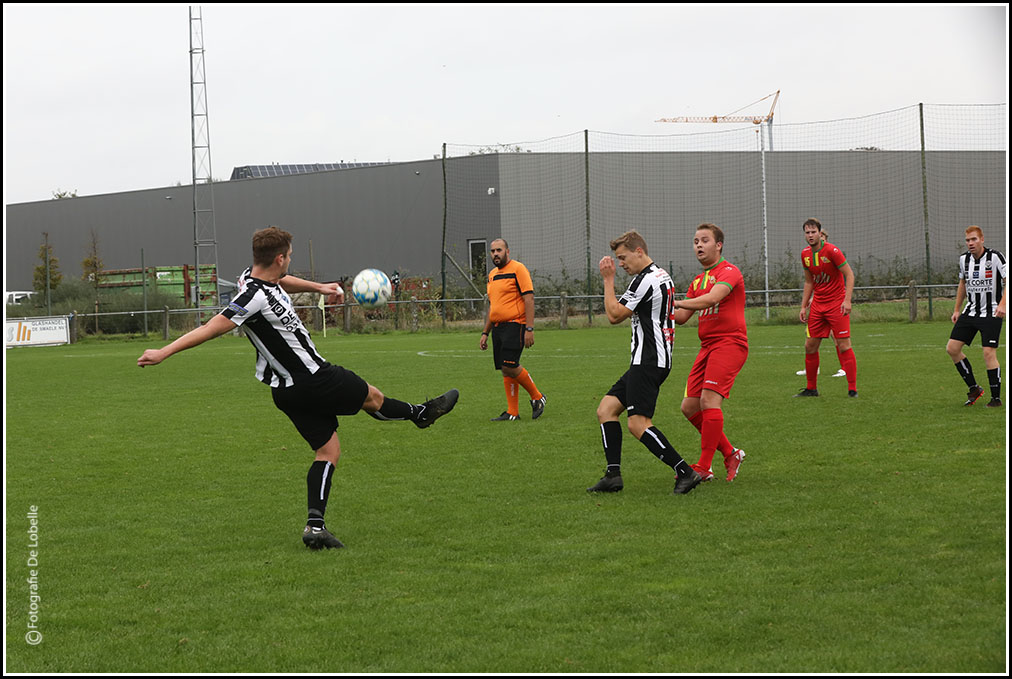 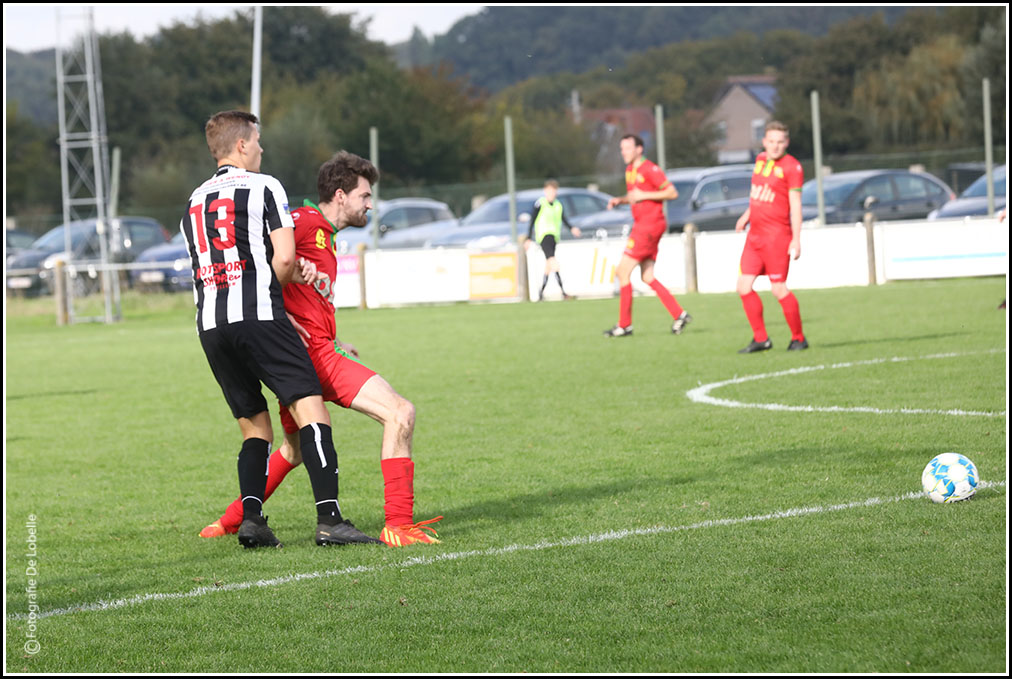 Ninove participates in the BE-Alert test on October 6

Ninove participates in the BE-Alert test on October 6