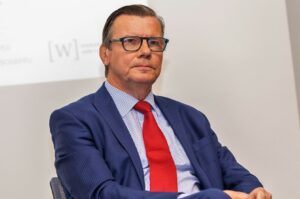 Geraardsbergen. At the start of the municipal council on Tuesday 4 October, Mayor Guido De Padt made an alarming statement about municipal finances as a result of the energy crisis and inflation. Mayor De Padt hopes that he and the city council will be able to relieve the pain, but the resources are certainly not infinite. Mayor Guido De Padt calls for a joint approach to this crisis.

“The energy crisis and inflation have hit us very hard. We realize that many citizens are the victims of this: families see their energy advances sixfold, a company manager who has to stop his activities, parents who can no longer pay the school bills of the children. It is and remains astonishing.’ Mayor Guido De Padt opened the municipal council with this gloomy message on Tuesday 5 October.

Mayor De Padt hopes that he and the city council will be able to relieve the pain, but the resources are certainly not infinite. ‘As a local government, we also realize that the impact on municipal finances is alarming.’ Mayor De Padt points out that the city of Geraardsbergen has been confronted with various crises in recent years: first there was the corona crisis. Then there was the influx of Ukrainian refugees and now there is the energy crisis and galloping inflation. ‘This is one crisis too many for the people and for the local finances.’

There is not only the impact of wages that are subject to inflation, but also aid grants and the police zone are rising spectacularly. ‘Our social services have their hands full with the precarious situation in which many citizens find themselves.’ Mayor De Padt endorses the call of the Association of Flemish Cities and Municipalities (VVSG) to support the cities and municipalities, ‘if not, all local plans will have to be drastically reconsidered’. For the next three years, the Flemish government will provide an annual financial injection of €300,000. ‘But that is a long way from the efforts we will have to make. To keep finances out of the danger zone, we will have to intervene and save where possible.’

In addition, the local government software was affected by malware, a malicious form of software. That will also result in a hefty bill. Mayor De Padt hopes to be able to tackle the crisis with ‘united forces’. ‘We hope that we will be allies in tackling the problems that shake the foundations of our society.’