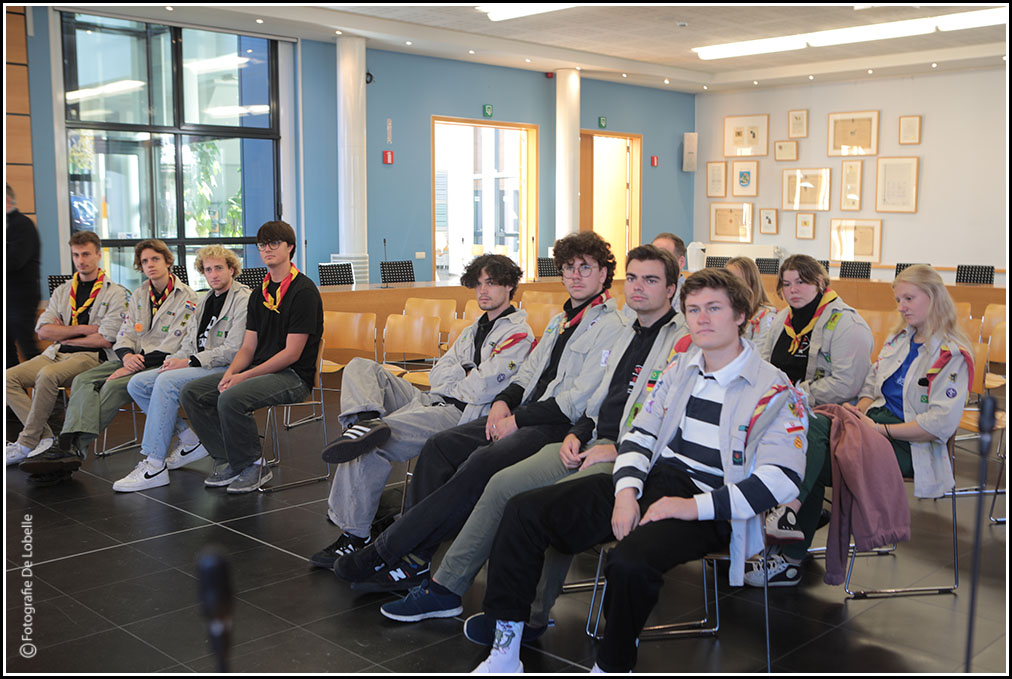 A delegation of Scoutsgroep Were Di Melsen was received at the town hall of Merelbeke on the occasion of their 50th anniversary. The scouts group is extremely popular and even had to introduce a membership stop with 230 members. 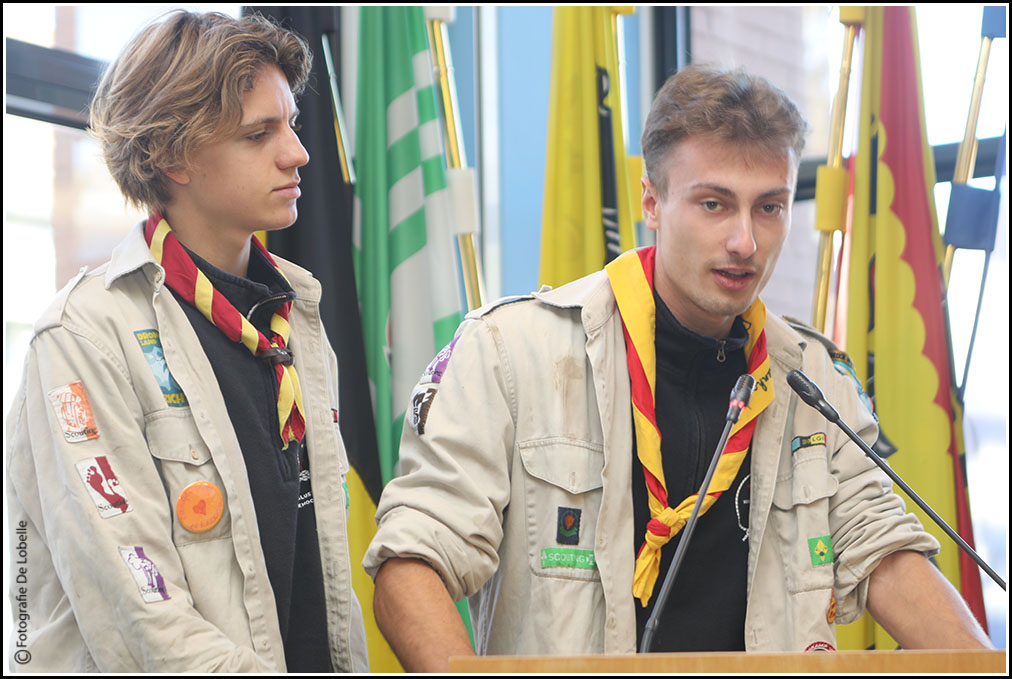 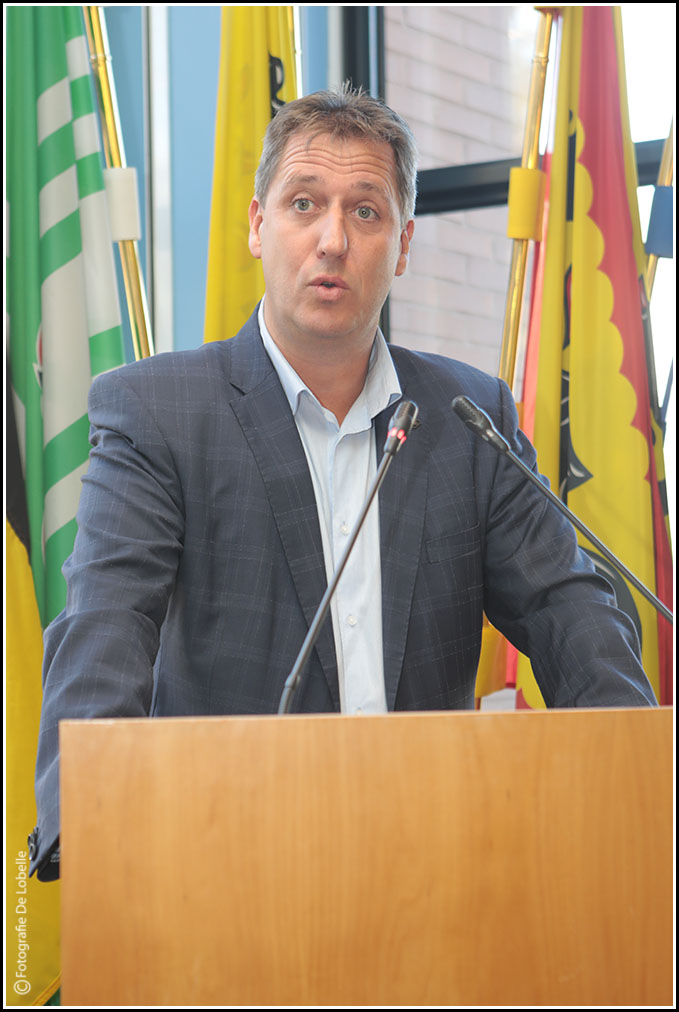 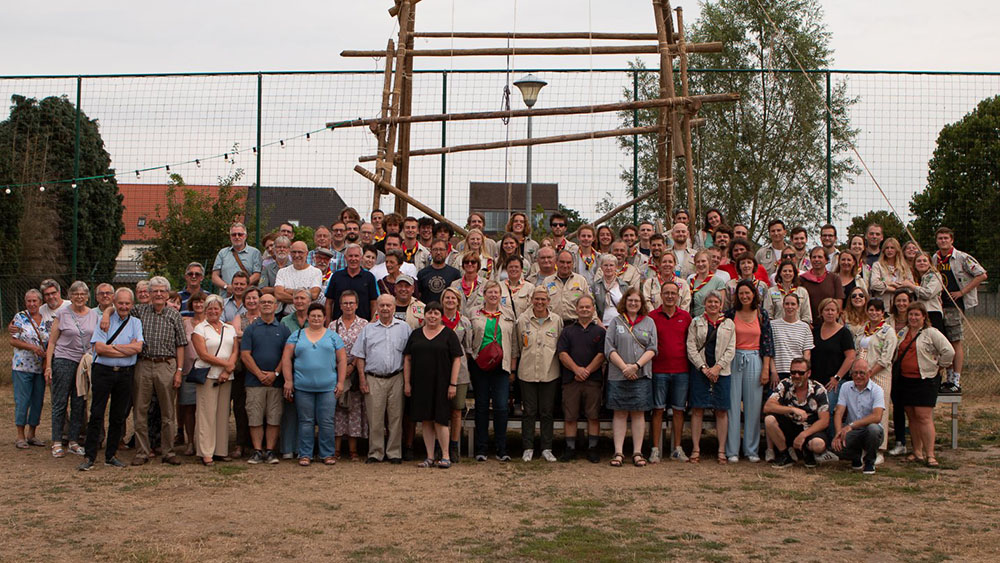 From the many conversations EH Fred Schaubroeck had about the leisure activities of young people with, among others, Raf Wollaert, organist, the idea of ​​a youth movement grew. In addition to the game of football, there was no orderly, meaningful recreation for young people at the time. The final result of these conversations was that on January 23, 1972 it was decided by 6 people to set up a scouts group and to organize a first meeting with boys aged 7 to 14 in the parish hall on 6 February. The 6 initiators were: Fred Schaubroeck, Raf Wollaert, former Chiro leader in Merelbeke, Mieke De Cocker, Gertrude Huyghe, Marc Helderweirt and Alex Van Den Berghe. 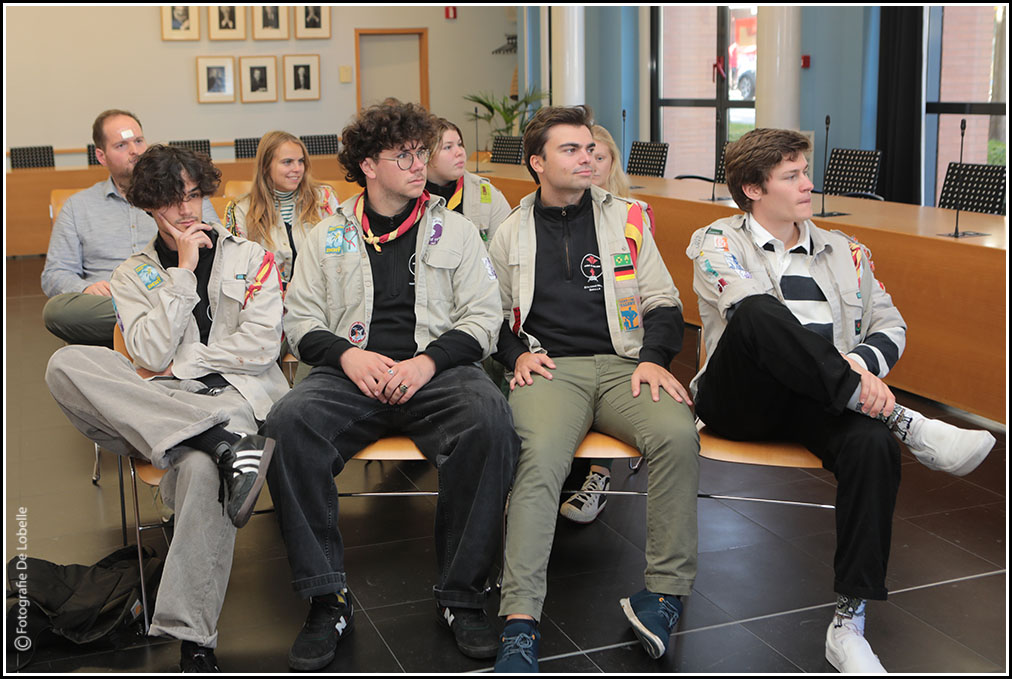 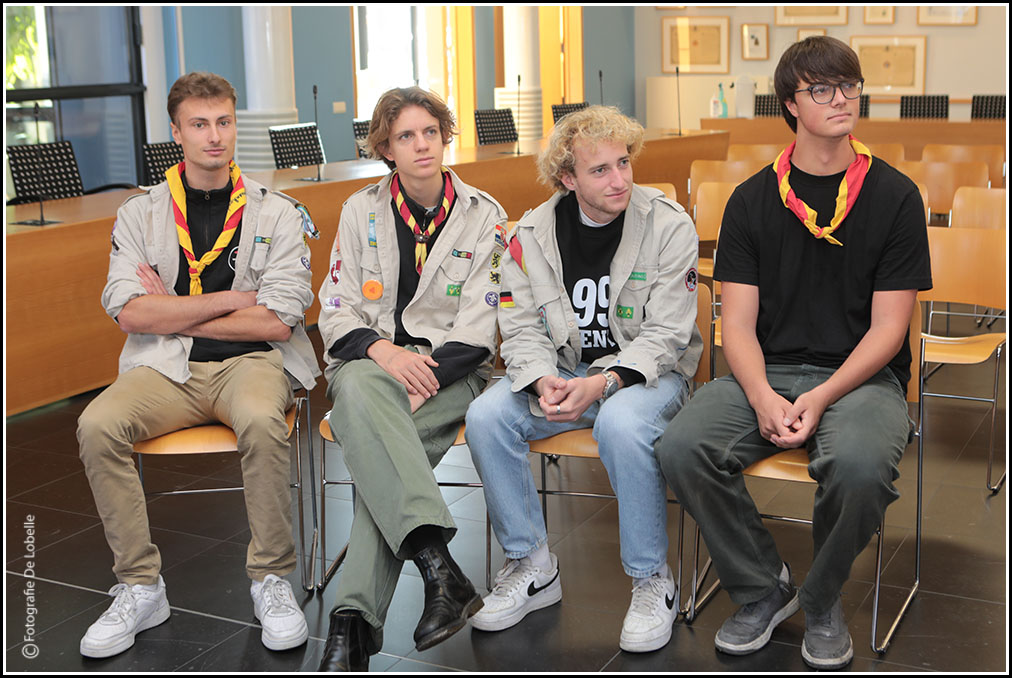 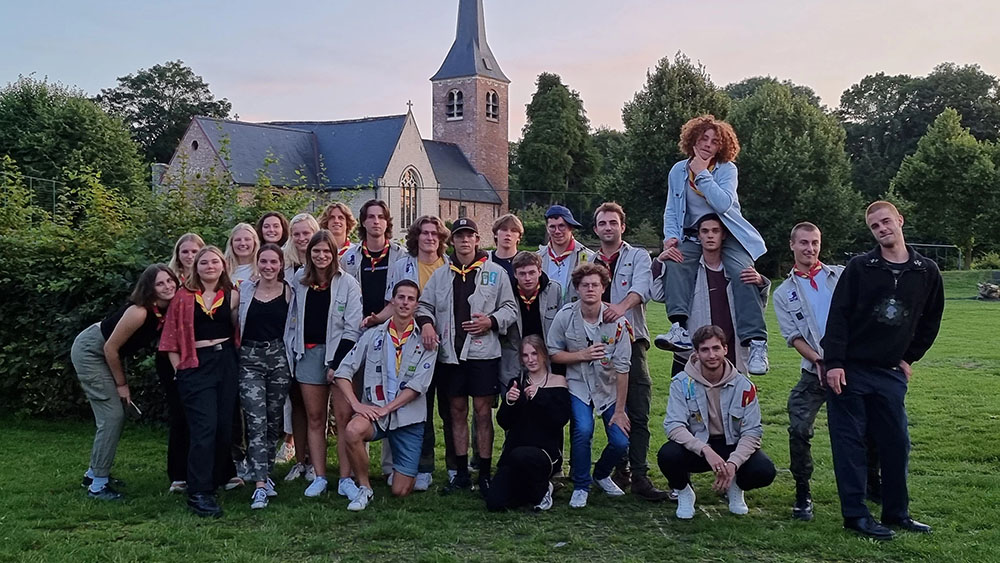 The optimists had expected 20 boys on February 6, but there were 29 and the following Sunday there were already 35. The young scouts group took the name of Were Di Melsen and was recognized by the Association of Flemish Catholic Scouts and assigned to the district of Land From Red.

From September 28, 1986, girls aged 14 to 16 were also accepted at the Guides. Were Di originally recruited its members in Melsen itself, but from the scout year 1973-1974 they went beyond the boundaries of their own municipality: Schelderode, Vurste, Gavere, Dikkelvenne, Merelbeke Lemberge and in 1981 there were even applications from Drongen. After three years of operation, working year 1975-1976, there were 78 members and 12 leaders and in September 1986 the working year started with 140 members.

The parish hall and the playground of the former free primary school soon became too small and the management looked for new housing. In 1973-1974, the old forge of Ren? Tack and Odilon Mortier’s attic were used as additional space and on September 1, 1974, a house and 5,000 m² of land were rented in the Makkegemstraat in Schelderode, where a first Open Day was held on May 4, 1975. It did not last long in the Makkegemstraat because the group was given notice of termination by October 1, 1976. The former council of Melsen had let the scouts use a piece of municipal land on the Meersstraat as a playground on December 17, 1976. In July 1977 the new municipal council of Merelbeke (merger since April ’77) allowed a piece of land in the Burg. Ed. Ronsestraat, as well as the toilets and the playground of the municipal school. Shortly afterwards, the group received an agreement in principle to set up a movable room in the Burg. E. Ronse Street. The group council meetings were allowed to take place in the council chamber of the former town hall. In February 1979 a solution was found for the housing problem. A disused barrack was found in Landegem, which was demolished by volunteers and brought to Melsen and set up in April on the former orchard of the schoolhouse. She could be put into use with Melsenkermis, third Sunday of September 1979. In 1985 an additional vacant house in the Meerswegel was rented. (Later the classrooms of the former municipal school were also used and the group has been staying in its own classrooms in the Kerkwegel since 1996) 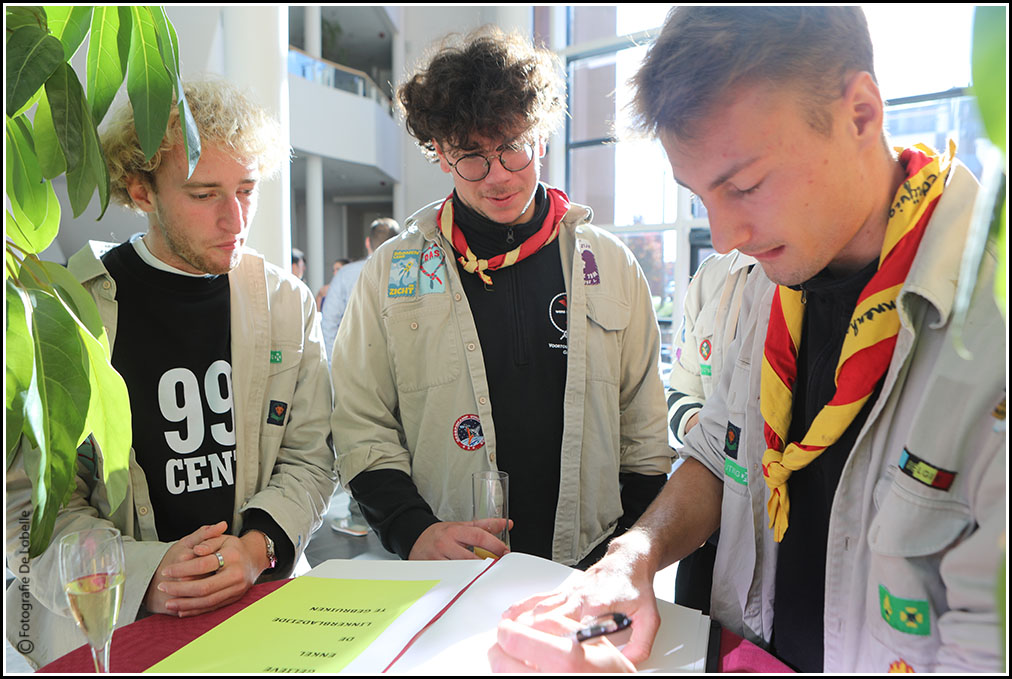 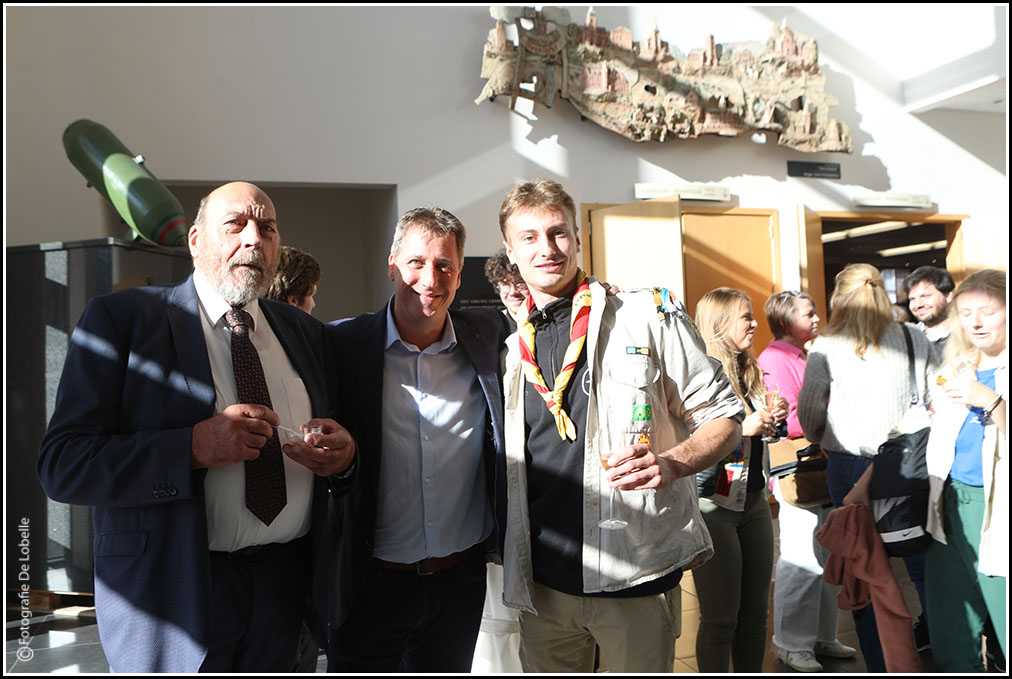 Photo report Bal van de Burgemeester: “Glad that we got so many Zottegemnaars out of their room”