This evening, just before 8 pm, a train unexpectedly stopped on the territory of Munkzwalm. As a result, the level crossings remained closed for a while, which caused traffic jams.

Spokesperson Thomas Baeken of Infrabel: “Tonight there was a suspicion of a personal collision between Zottegem and Munkzwalm. As a result, train traffic was halted for about 15 minutes. An inspection revealed that it was a false alarm and train traffic could be restarted.” 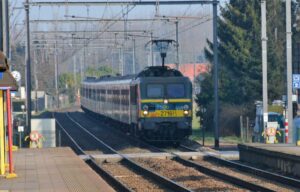 If all goes well, Stephanie, Johan and the children will have to wait ‘only’ 8 years for social housing