On Monday, October 10, 2022, the municipality of Lierde invited its entrepreneurs not only to a lecture, but also to meet them and hear what they think can be changed and/or renewed in Lierde in the field of entrepreneurship.

About 50 Lierd companies accepted the invitation from the municipality to participate in an event where they not only had to listen, but in which they could also actively participate and get to know each other.

After this, Mayor Jurgen Soetens spoke about the project LEARNED SHOPPING and its realizations. Then it was the turn of the entrepreneurs themselves. Divided into three groups, they were presented with four questions and the answers herewere then discussed in plenary. Which resulted in a lot of interesting ideas.
The evening ended with a networking event where the entrepreneurs could get to know each other over a snack and a drink.
Both Mayor Jurgen Soetens and Alderman of Enterprise André Eeman were very satisfied with the large turnout, the enthusiasm of the entrepreneurs present and the many ideas that were collected. 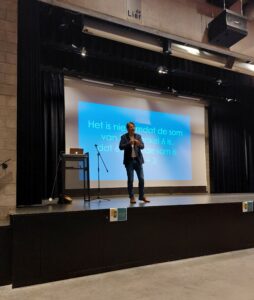 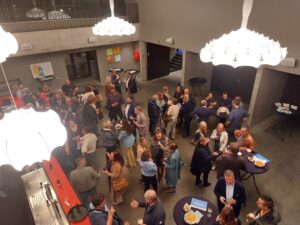 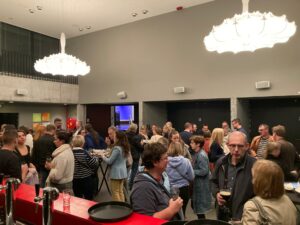 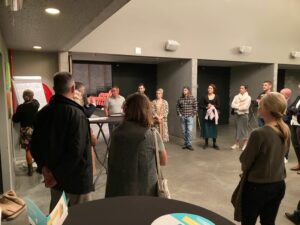 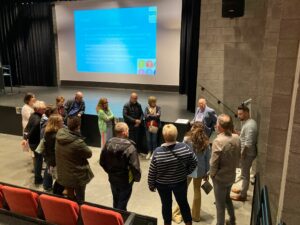 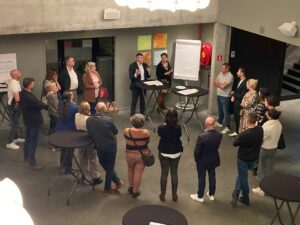