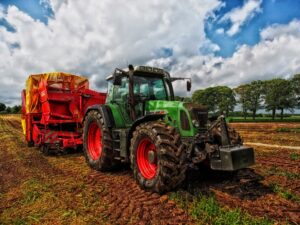 Geraardsbergen. Oxfam world shop Geraardsbergen is organizing a film screening ‘Food for Change’ on Wednesday 9 November in collaboration with Denderbieken, Helix, Natuurpunt, NZ Dome and Velt. The film screening will take place in the Parketzaal of the youth center “de Spiraal”. We start promptly at 8pm. The end is foreseen at 22h. The entrance is €2.

After the film, we will have a panel discussion with a representative of the province of East Flanders, Baetens Katrien: agricultural policy officer, someone from Oxfam Wereldwinkel: Thierry Kesteloot and Guy Depraetere of the ‘Hof te Muizenhole’ organic farm. Our food supply faces a number of serious bottlenecks. The intensive way in which we organize our agriculture often leads to a negative impact. On people, on the earth, on animals… The dominant agricultural model has a number of flaws that are inherent in the system. Can we correct those mistakes? And how? How do you build a system that is sustainable? Socially, economically and ecologically?

With this film we want to draw attention to the challenges associated with the current, globalized food system in a fun and exciting way and above all show that producing food is also possible in an ecologically and socially responsible way. The film is written by the French investigative journalist and documentary maker Benoît Bringer.

Food for Change tells the story of women and men around the world inventing a different food model that benefits the planet, nature and our health. From the establishment of municipal farms for 100% organic, short-chain school canteens to anti-waste cooking methods. From turning our food waste into compost to reducing our meat consumption. From making community gardens available to the most underprivileged, to supporting policies for small independent producers. The solutions are there, at your fingertips. This film shows how we can consciously choose three times a day to positively influence the food system. It is a hopeful documentary that shows that each of us can make a difference and that reveals the recipes for an economically viable food transition.

Day of the press shop also in Brakel