Staff wzc Egmont displeased: “Where is that residential care center where it was once good to live and work?”

On Monday evening, the Zottegem councilors were met at the start of the city council by a delegation of staff members of the Egmont residential care center. They are dissatisfied with, among other things, the work pressure and had brought an open letter that they distributed to make their situation known and to discuss it. You can read the response of the city council of Zottegem further on in the article. 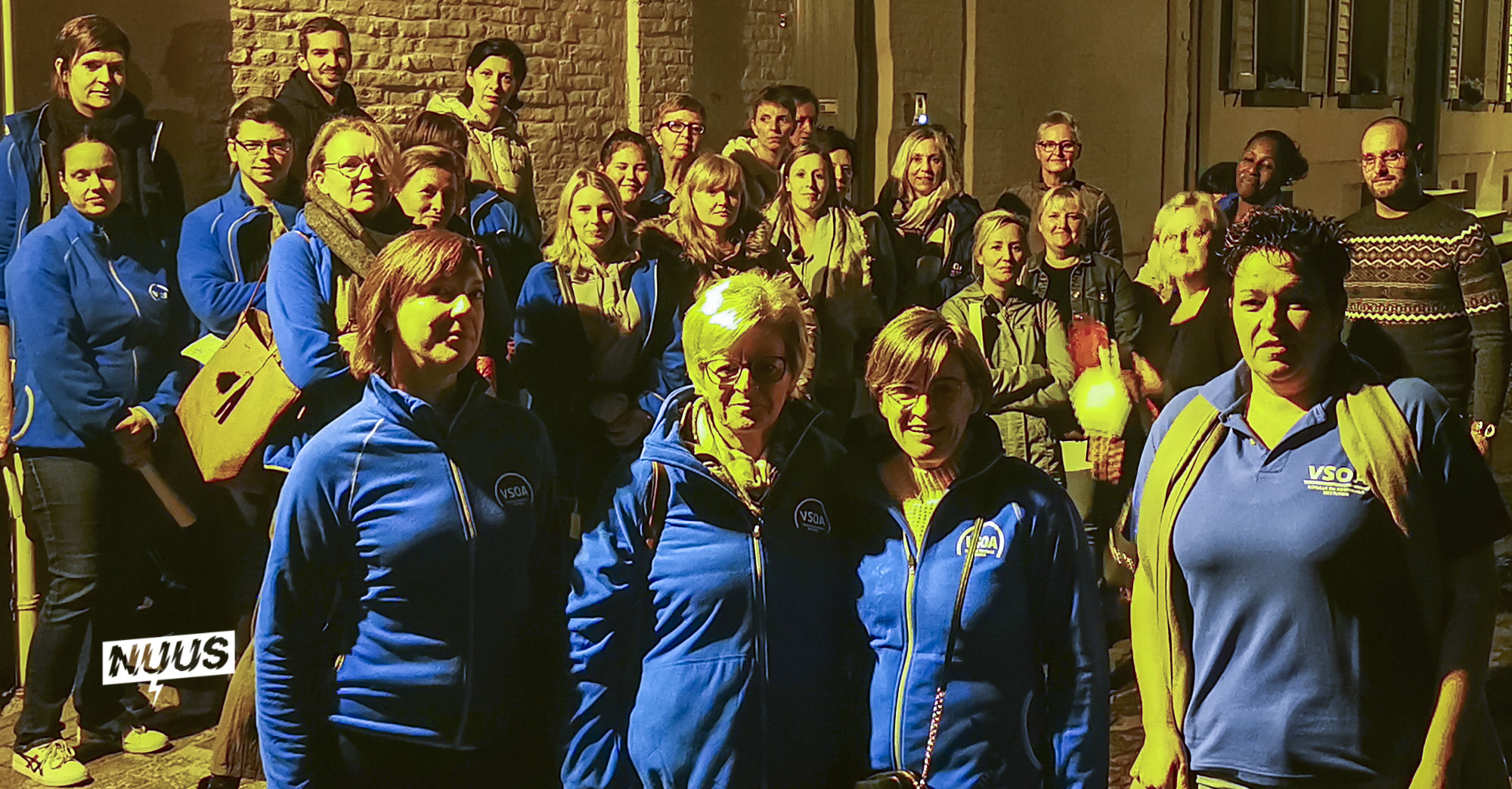 The Open Letter that was delivered

OPEN LETTER TO THE COUNCIL MEMBERS OF ZOTTEGEM

In the vision of residential care center Egmont we read, among other things, that the resident is central and that a high-quality service is offered. This is no longer the case today. Since the arrival of the new director, a lot of issues about the operation have been examined. The aim is to live on a smaller scale and to improve the quality of life of the residents. A beautiful and noble approach that requires changes. And changes always create resistance, we know that. However, we are talking about changes that are unrealistic with the current workforce and that are being implemented without consideration, without taking into account feedback from staff and unions. This causes staff to drop out and nursing and caring tasks can no longer be performed properly. Discussions about this between employees and management invariably lead to conflict. There is an atmosphere of “my will is law”.

On 28 September last, the trade unions had a consultation about this in case of urgency, together with the board. The trade unions expressly asked, based on concrete arguments, to first and foremost review the morning routine of the nursing and care staff. Only if this were to go smoothly, would the part of the change process involving coordinating nurses be introduced in a manner supported by the staff.

However, the board decided to enforce its will at all costs, and on October 3, part 2 of the change process went into effect, in the form as elaborated by the management. 3 nurses or nurses per ward to start early, instead of the 4 promised by the management. Only 1 coordinating nurse per approximately 100 residents, who of course does not know all residents, let alone can follow up, but who bears the responsibility if there is something goes wrong. GPs who can’t wait because this nurse is performing tasks on another floor, resulting in prescriptions that are placed on the nursing posts without any explanation and “tirez votre plan”.

However, the board believes that it has responded to the demand from the unions. After all, since October 3, “suddenly” a lot of logistics employees have been working to support the morning routine. On an interim basis, of course. The unions never ask local governments to employ more people on the basis of an interim contract. Let us not forget, of course, the additional cost of an interim contract for the city compared to a contract for a fully-fledged employee. The logistics employees provide the necessary support to a certain extent; a good proof that there is indeed a structural shortage of personnel. However, this additional help is not available on weekends and public holidays. The employees are also not always the same, which means that the operation has to be explained again and again, and not every department has support every weekday. As a result, some employees feel supported, but others still do not.

In the corridors there is talk of a temporary recording stop for new residents. There is also an extra cost (or loss) for the board.

And let’s not forget the work regulations applicable to the employees of wzc Egmont. In the first place, there are no approved work regulations. This was submitted to the competent authorities on 29/03/2016, without unanimous favorable opinion. The Council had approved this and this was sufficient for the board to make it applicable. However, in order to arrive at legally valid work regulations, the procedure provided for in the Work Regulations Act must be completed. It is not in the above manner that employment regulations are legally established. For years we have been asking to restart the consultation on the work regulations, for years the board has said “it will do this shortly”. In the meantime, however, rules are being taken for granted, which are part of the content of work regulations. Rules that are applied by the management of the wzc without unanimous favorable advice.

And so on. As a result, employees have become the plaything of management and board. Work-life balance is out of balance. Employees fall ill, resign, or take some form of career break.

The board systematically refuses to provide information about problems related to the work regulations and to enter into consultations about this.

The staff is up. Where is that residential care center where it was once a good place to live and work?

The reaction of the alderman of Social Affairs Jenne De Potter

“The change process that the management has developed and which has already been discussed many times has one major goal: to improve the quality of life of all residents. Our mission puts the resident first. Reality and the scientific literature have shown that large living groups of 60 residents, as was the case in the past, hinder a qualitative person-oriented operation and are therefore not so fantastic, neither for the resident nor for the staff. It is better to work with smaller groups so that the residents know the employees well and feel better at home and vice versa, the employees know the residents well. The staff and the unions share this view. They have already stated that several times. That is why it has been decided to go from 4 large clusters of residents to 6 smaller clusters”

“The management and the city council are all too well aware that every change generates resistance and does not always run smoothly, especially not today. The big problem is that the pool of people who want to work in healthcare is empty. We are constantly looking for new employees to fill the vacancies that are available, mainly due to retirement, but the number of vacancies is greater than the supply. We realize this all too well, which is why we have already decided to increase the number of interims in the care sector from 2 to 6 and to employ an average of 4 logistics employees per day who help with delivery and delivery. In this way we ease the tasks that end up on the care employees. The current shortage of staff in Flanders in the healthcare sector forces us to deploy staff differently, to empower carers for small groups and to have nurses take over more comprehensively the nursing procedures. In the meantime, we will continue to conduct selection procedures. It is therefore not true that we do not take the staff into account. We staff where we can because we realize that the employees make the difference.”

“The board has also asked the management and managers to propose and introduce adjustments to the change process in the short and medium term. After all, the objective remains to ensure that the resident receives the care he or she deserves, at a very high level as it is today, and to keep it workable for the staff. We work on that every day. Figures show that there is no outflow of employees from us and we want to keep it that way. In the meantime, additional recruitments have been made in the health care sector, as well as in occupational therapy and as living assistants. But we continue to monitor the quality of care and the workload of the employees in a continuous search for new enthusiastic employees.”

Zottegem stands up and walks against cancer