After the derby win in Moortsele, VoorVoor Gijzel Oosterzele recorded his fourth win in a row. 12 out of 12 after victories against Olsene (5 – 2), Jong Zulte (0 – 3), VC Zwijnaarde (3 – 0) and Moortsele (2 – 4). 15 goals in the last four games. Eendracht Moortsele (in new equipment, thanks to Star Oil, Groep Van Vlaenderen) certainly didn’t play a bad match, but in the end VGO was the most efficient. The 14th place (5 pt.) does not belong to the status of blue – white. It does not alter the fact that we have to look forward to how Eendracht will perform on the field of Tenstar Melle (12th, 7 pts.) on Sunday. But there is no panic. Winning in this ‘six point match’ in Melle and the world will look completely different for the sympathetic team from Moortsele. 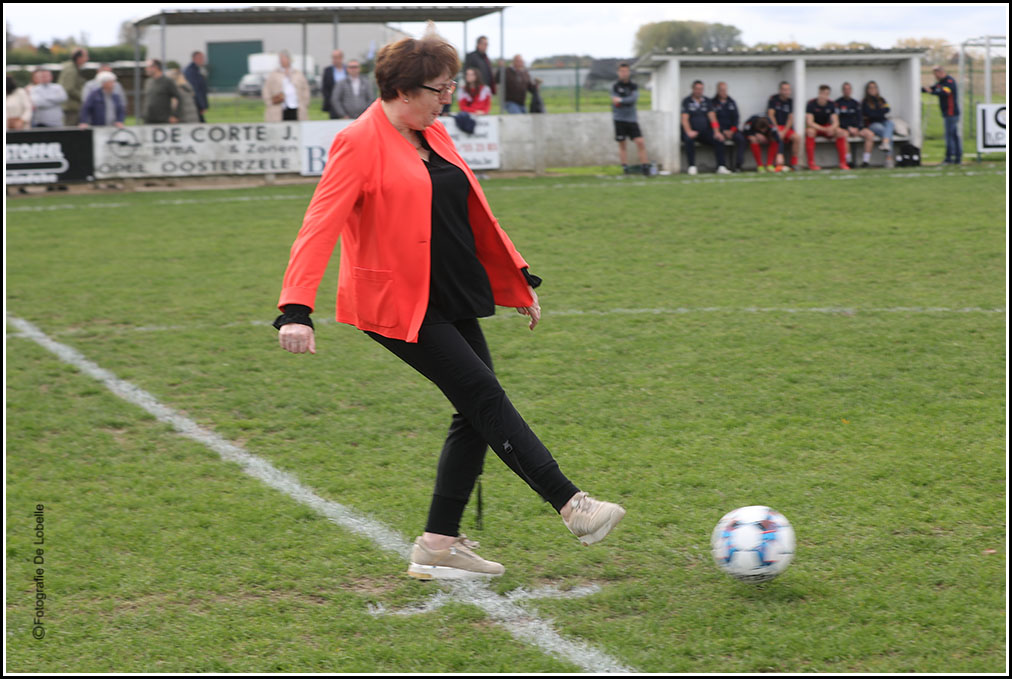 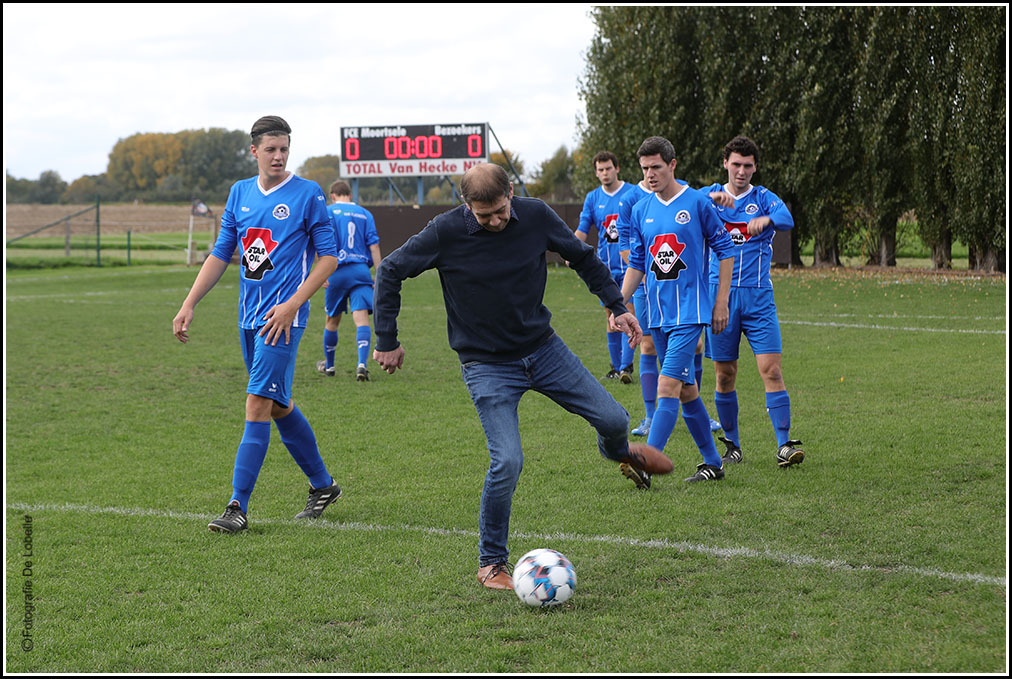 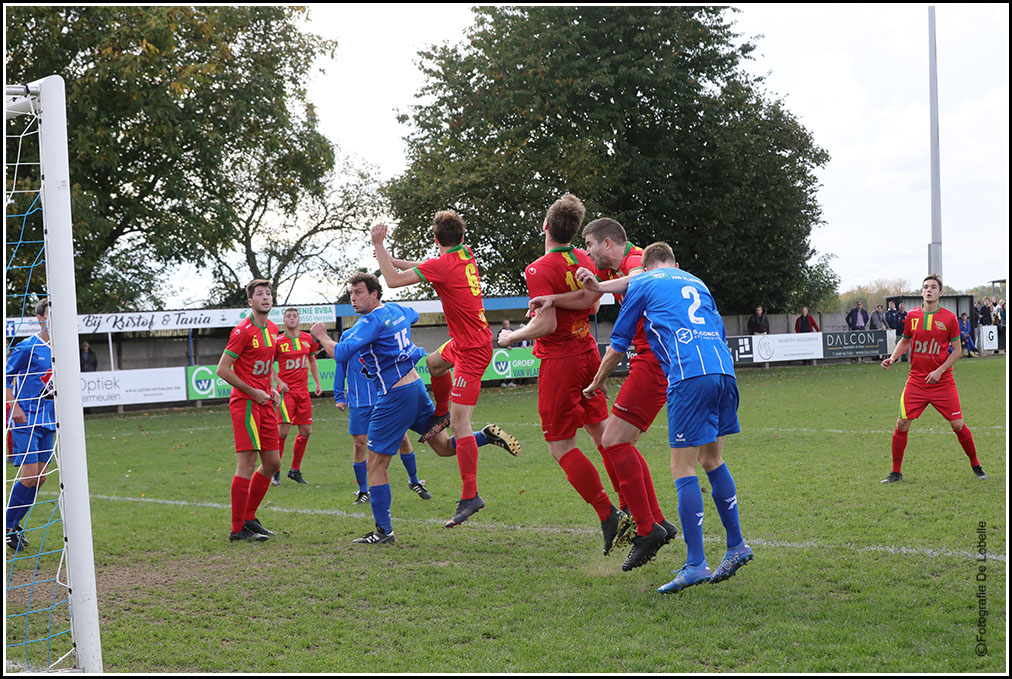 It looked promising for Eendracht Moortsele, Guillaume Wijnen opened the score (26′). It was only just before half time that VGO climbed alongside via Mathias De Jaeger. Even after the break it was exciting. After Mathias De Jaeger’s second goal (58′) Michiel Dhondt managed the 2 – 2 (62′). The match could have gone either way. With late goals, Jari De Vos (79′) and the well-subbed Quinten Vanderveken (92′) VGO crossed the line. VGO should have groped deep in its arsenal against the 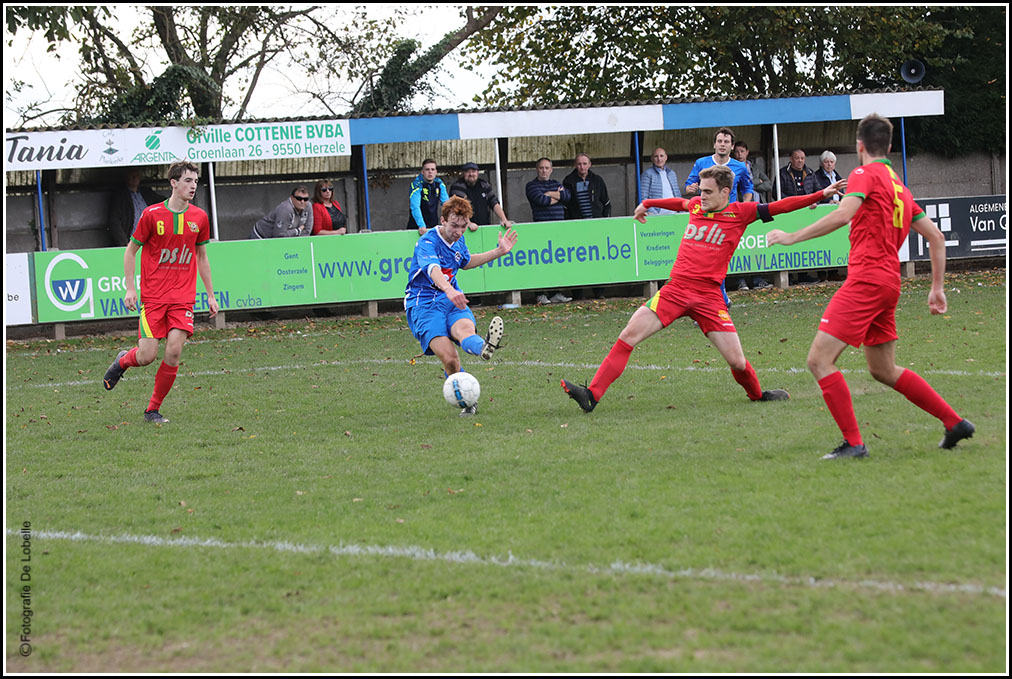 combative Eendacht Moortsele. Good for the fifth season win. Eendracht Moortsele fought and fought, but finally faced his fourth defeat of the season. Intensity, it was there, commitment and fighting spirit too. Against Forward Gijzel Oosterzele, Eendracht Moortsele showed a positive trend after the debacle in Cercle Melle, to convert into better results this Sunday against Tenstar Melle. Because that’s what it’s all about in the end. Success is inevitable. Only one thing counts for Eendracht Moortsele on Sunday: winning.

With a 16 on 21 (4th, one point from the leading trio Machelen, Gavere – Asper and Nazareth – Eke, each 17 points), VoorVoor Gijzel Oosterzele is currently running at full speed, while last year it just didn’t work out. From day one, trainer 1 Stijn De Vriendt succeeds in transferring his game principles to his group. He preaches attacking football, VGO has already scored 19 times. Stijn De Vriendt holds on to his lead. He draws his players into the story. 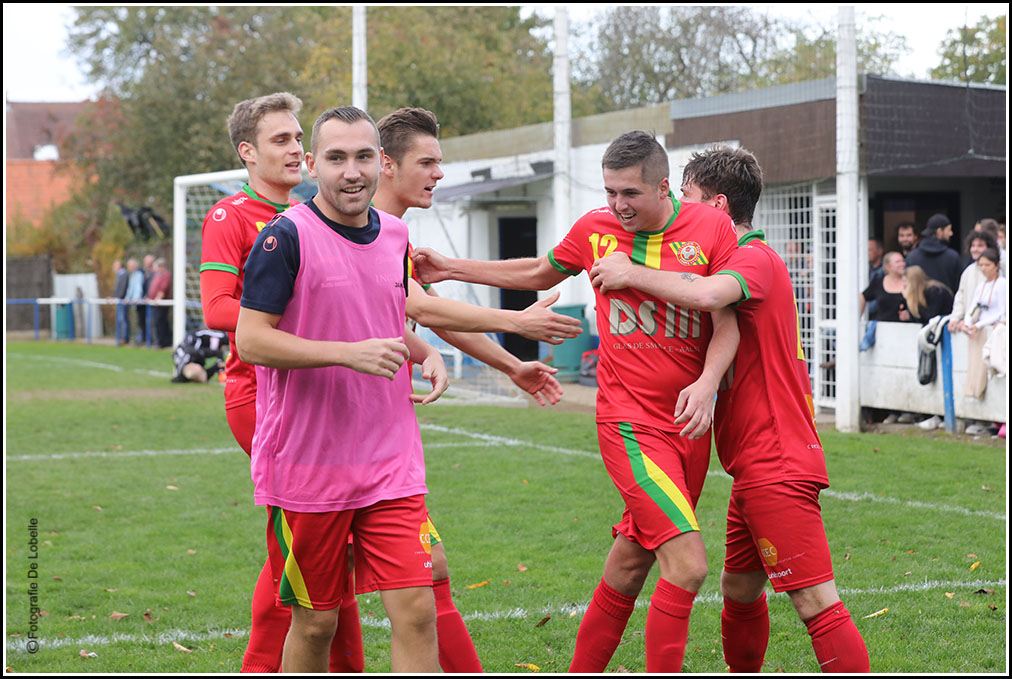 On Sunday, October 23 (kick-off at 3 pm), Forward Gijzel Oosterzele FC Sint – Martens – Latem B. VGO is looking forward with confidence to the arrival of Latem B. After the fourth victory in a row, VGO wants to make propaganda with attacking football and win back many supporters. The match against Latem (6th, 13 points) will be a good gauge for estimating how far forward the ambitions may be for Forward Gijzel Oosterzele. (marcel van de pond, photos danny de lobelle) 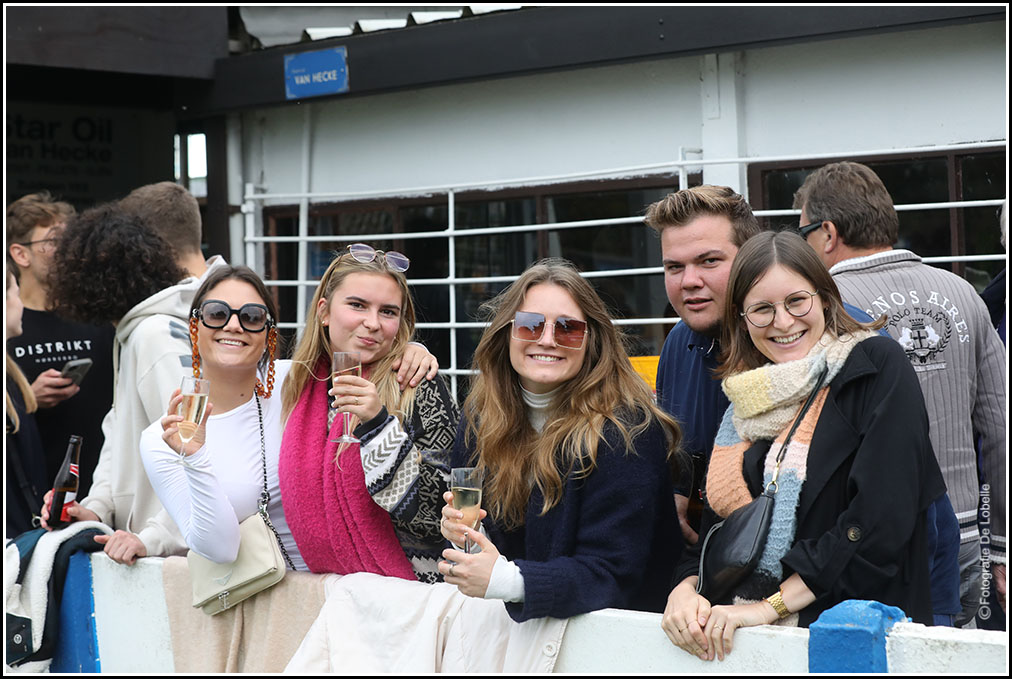 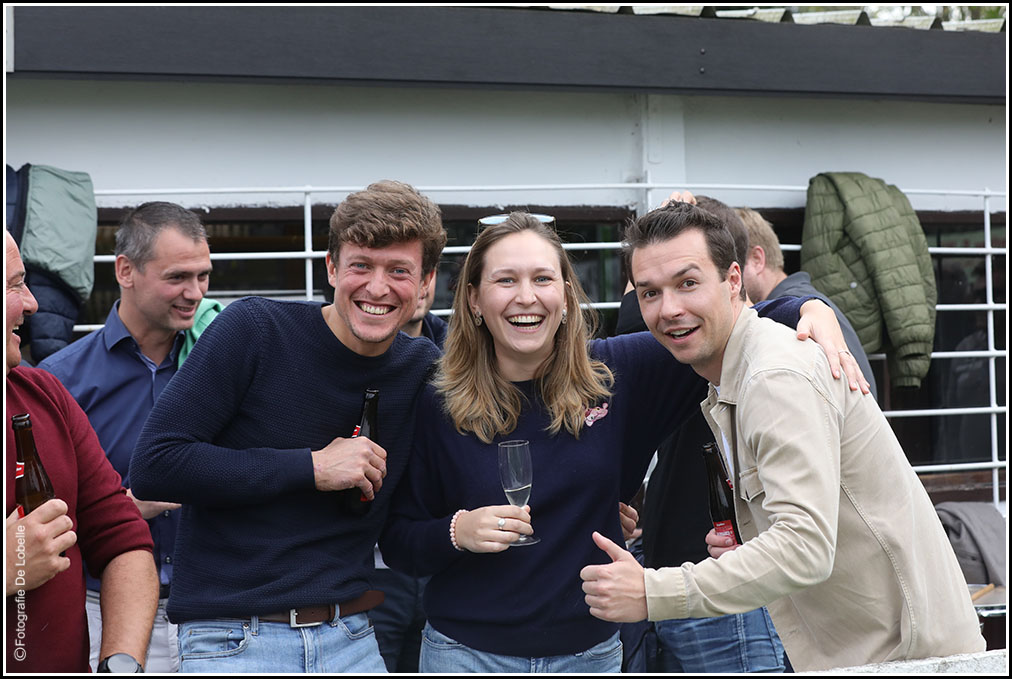