You may have already read it in the newspaper or on Sporza, but we at Nuus had an exclusive conversation with Landskouter’s bear. Ivo Steyaert ran a trail in Kasterlee last week. Not just any trail, but the World Backyard Run Championship or Ultra Backyard Run.

A fixed course of 6.7 km has been mapped out on the Hoge Rielen domain in Lichtaart. This competition was started at the same time in 37 different countries. In each country 15 participants started who tried to run as many laps as possible together. Each round had to be completed within the hour, otherwise the race would end for the athlete who did not arrive on time. For each lap completed, an athlete received 1 point and the country that collected the most points at the end of the competition was world champion per team. You walk 50 miles every 12 hours in this way and 100 miles every 24 hours. 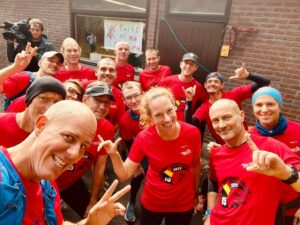 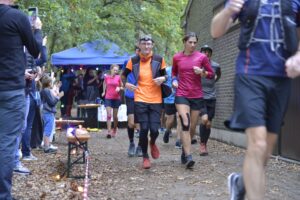 Last Saturday afternoon at 2 pm sharp the start of this ultra tough race was given. Ivo and the 14 other Belgians started a match without knowing when it would end. Not only the physical preparedness, but also the mental toughness of the athletes was more than tested here. Most athletes last about 35 to 40 laps and then have to give up definitively. But not so for 52-year-old Ivo and his 48-year-old companion Merijn Geerts. The latter was the reigning world record holder with no less than 90 laps. Each time they were inside well before the hour and they were able to keep their energy level up by eating and drinking on time. The wives of these two toppers ensured that this was certainly not forgotten and therefore provided a lot of goodies. “In the morning we ate a normal breakfast or some pasta, in the afternoon a normal hot meal, in the late afternoon a cake. Of course we also had to eat and drink a lot in between to make sure we didn’t run out. We ate pancakes with jam, marshmallows, snickers, energy bars and lots of fruit. As far as drinking is concerned, I drank a lot of water, cola, hot tea during the night and also about 10 beers, albeit beer without alcohol (Maes 0.0%)”, according to Ivo.

In this way, Ivo and Merijn could continue to grind the laps at a pace of 6 to 7 minutes per km. The third night was the hardest for the bear from Landskouter. He was having a hard time and sometimes had to slap himself or take a gel with caffeine. Speeding up also helped against sleep. “In this way you revive the adrenaline”, experienced the experienced Ivo. 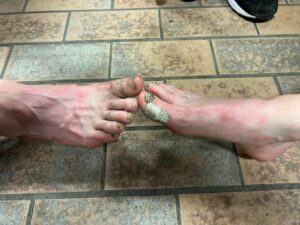 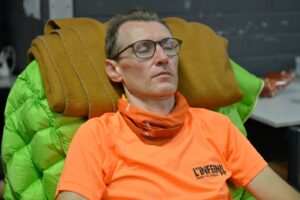 But Ivo persevered and with the occasional power nap of about 5 minutes in between, he ensured that he could start the next round relatively fresh. The clock ticked on and the two kept going round and round. At one point they already ran more than 90 laps which meant they had a new world record had. But their energy still didn’t run out and the duo continued on and reached the 100 lap mark together. This is where their feat stopped. What an achievement, what a fantastic world record. In the end, the two walked no less than 100 laps of 6.7 km. 677 km in 100 hours, 50 minutes and 55 seconds. For many, one lap of 6.7 km is already a lot, but this sporting achievement does appeal to the imagination. 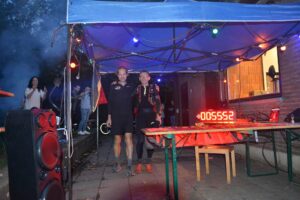 In the end, America became world champion per team because their 15 participants had completed the most laps together. The Belgians finished second and Australia took the bronze. One of the favorite teams, Japan, stranded in fourth place. Ivo also wanted to say a word of thanks to the organization, which ensured that all Belgian athletes could eat, drink and possibly sleep in a common room. Which is not the case in the other countries and where everyone has their own tent.

Ivo eventually consumed about 50,000 calories and is now ready for a well-deserved rest period. But the ultra runner is already looking forward to his next challenge: The Bello Gallico, a 160 km trail run where he is still undefeated after 5 years. Who will be the man or woman who can beat him there for the first time. 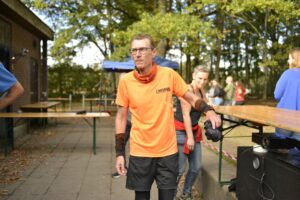 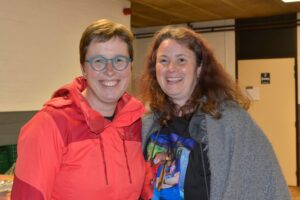 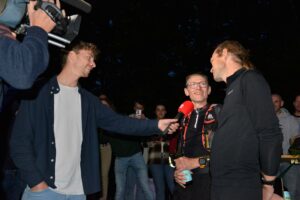 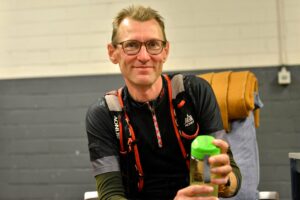 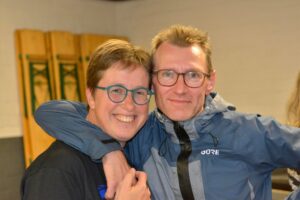 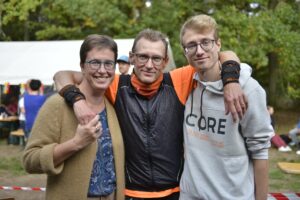 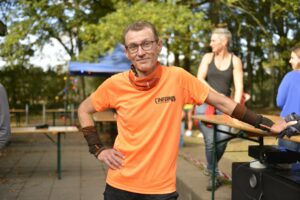 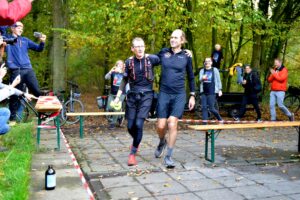 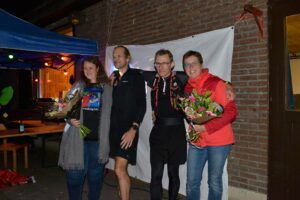 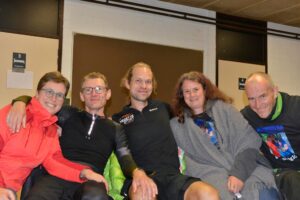 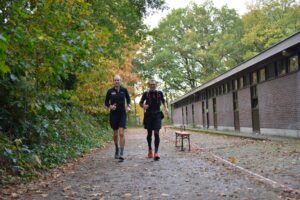 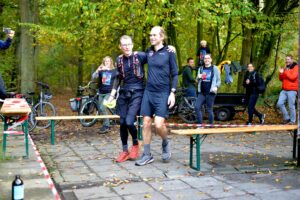 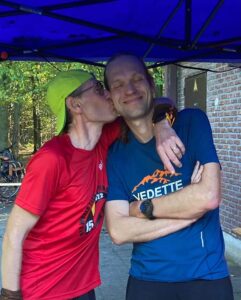 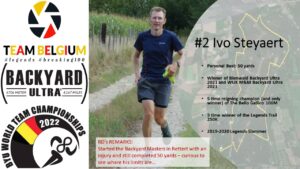 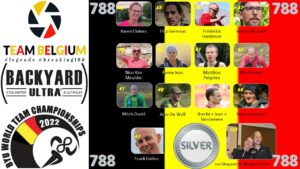 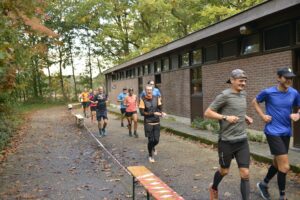