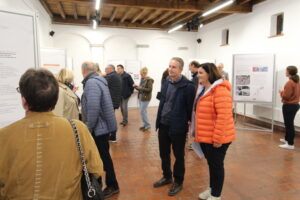 The realization of the army barracks will not be part of the PRUP ‘Demarcation of the small-town area Geraardsbergen’. ‘It is still too early for that. There is not yet a policy text on the table about how the barracks will be built and where exactly it will be located. Even when that policy text is published, it will not be clear how the barracks will be given a place within the PRUP’, says an employee of the province of East Flanders. ‘A separate spatial redevelopment process is being drawn up for the provision of a new army barracks.’ But it is by no means clear how this will take shape. 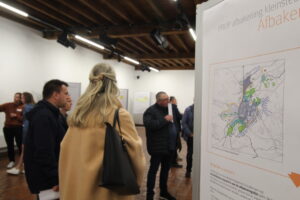 Interesting detail: the province wants to upgrade agriculture in Geraardsbergen as a form of activity that capitalizes on the qualities of Geraardsbergen and uses it as a tourist asset. In addition, there must be sufficient space for water buffering. New developments in areas prone to flooding or scenically valuable areas outside the city center will also be limited.

Job shops
On Tuesday 25 October, the Geraardsbergen resident could take cognizance of the updated start note of the PRUP ‘Demarcation of the small-town area Geraardsbergen’ in the Koetsenhuis. Employees of the Province of East Flanders were ready to provide the necessary explanation. The residents of the Oudenberg city can express their opinion about the renewed start-up memorandum in the period from October 10 to December 8, 2022.

After the first public consultation in 2021, the province of East Flanders has amended the first start note. The village of Schendelbeke is no longer included in the proposal for the demarcation line. A fourth scenario was added for the Unal site planning area. The proposal consists of removing the buildings along the western side of the business park and filling the other part with businesses and homes. 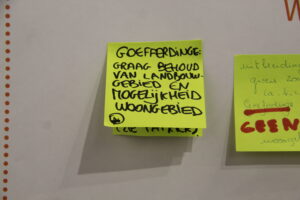 What is the PRUP planning process like?
We are currently in the phase of public consultation through a start and process note. This consultation lasts for 60 days. The results of the public consultation and the request for advice are processed in a scoping note. Subsequently, a first draft PRUP and a draft impact report are drawn up. In a next phase, the provincial council will provisionally adopt the PRUP design. A 60-day public inquiry will be held for the PRUP design. The Provincial Commission for Spatial Planning (PROCORO) makes the final determination of the PRUP.

Finally, the Flemish Government has a period of 45 days to suspend the implementation of the decision of the Provincial Council for final adoption. If the PRUP is not suspended, it will be published in the Belgian Official Gazette. The PRUP comes into effect fourteen days after publication.

More info can be found at www.oost-vlaanderen.be/geefkleuraanjestad