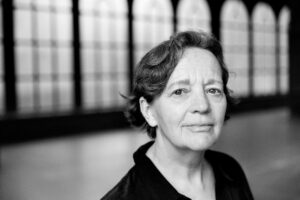 Geraardsbergen. Christine Van den Hove will present her second historical novel on Saturday 29 October 2022 at 2 pm at the Art Academy of Geraardsbergen. ‘The Marriage’ tells the true story of the author’s grandparents and is mainly set in Appelterre-Eichem. 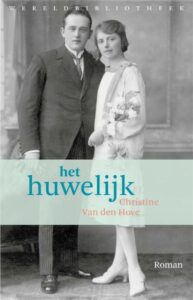 ‘The lives of my grandparents, Justine and Gaspard, and therefore also the book about their marriage, mainly takes place in Appelterre-Eichem, but there are also chapters that have Ninove, Outer and Zandbergen as locations’, says Christine Van den Hove. The writer was born in Ninove (°1957) and now lives in a village in the French Pyrenees. “The story of the relationship between these two people is universal, but the setting in which it takes place is very specific. I hope that the reader can recognize themselves even more in their environment,” continues the author.

The language will also sound familiar to local people, and yet the author does not use a dialect. “The writer chose a language that is typical of the time and region in which the story takes place, but without this being forced,” says Kristien Van Damme, teacher of Word at the Art Academy in Geraardsbergen. “Here and there she has chosen regional words, such as an ‘apron’ or a ‘carnassière’, but without exaggerating. On the contrary, if you read the dialogues, you can see the people of that time in front of you.” So a piece of cake for students of the Speaking/Telling course. They will read some excerpts from the book during the book presentation.

About the book
Late 1920s: Gaspard and Justine get married in Appelterre-Eichem, a village in East Flanders. He has a good job at the Belgian railways, she is a teacher. But Justine turns out to have an aversion to physical love and after the birth of her two children, the second of whom dies shortly after birth, she suffers from depression. Gaspard learns to live with his wife’s alternately depressed and cheerful moods, and finds solace in watching their daughter, Adèle, grow up. During the turbulent war years, he meets a widow who offers him the warmth and affection he so craves. But it does not come to a divorce with Justine, even after she has discovered the relationship.

In this short, throat-closing novel, Christine Van den Hove tells about two people who are strange to each other and who remain together despite everything. Is it just because of the taboo on divorce? Or is there more to it?

NEDERZWALM-HERMELGEM honors its age-old tradition with “KERMESSE” on November 1.

Joke hopes for a miracle and actions are taken

Joke hopes for a miracle and actions are taken