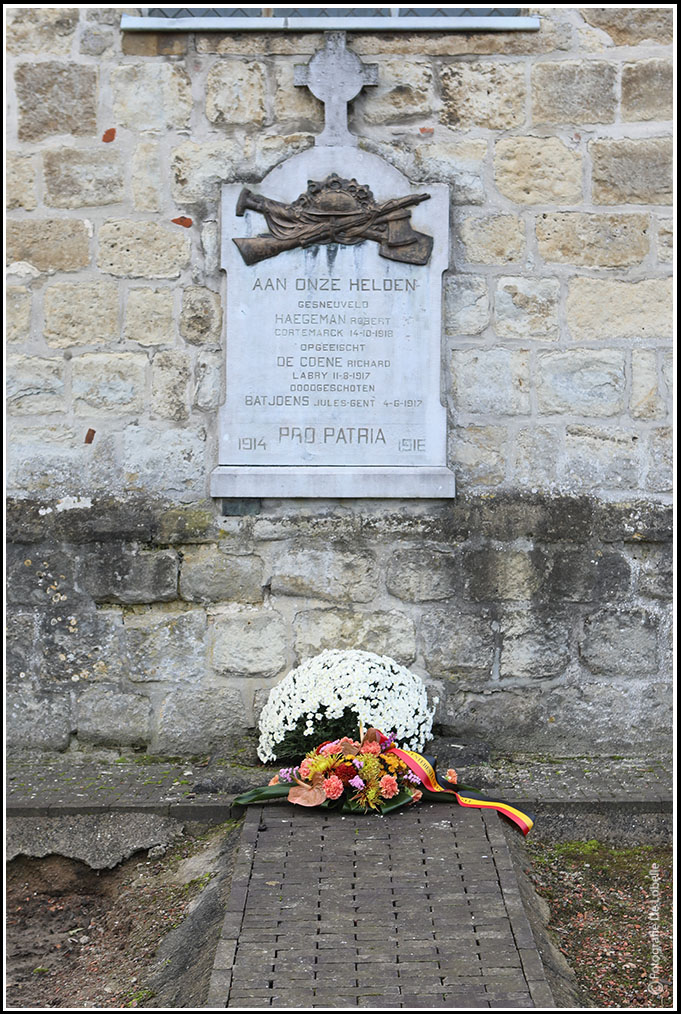 The local board of Oosterzele considers it important that every year the Armistice is commemorated and the war victims are honored. 11 November will not pass unnoticed in the municipality of Oosterzele again this year. Traditionally, the municipality of Oosterzele organizes a moment of reflection that will take place this year on Friday 11 November in Balegem. The celebration starts at 9.30 am in the Sint – Martinuskerk Balegem. The Royal Music Society ‘For God and Flanders’ now also provides the musical accompaniment. After the mass, people march in procession to the monument to the fallen. With a flower tribute, speeches by chairman of the municipal council Marleen Verdonck and NSB – representative Antoine Heyerick, musical intermezzo and The Last Post, all victims of WW I and WW II are commemorated. After the tribute, a drink is offered in café Sekuurne, within walking distance of the monument. Nuus – photographer Danny De Lobelle took the laudatory initiative to pay a posthumous tribute to pilot Maurice Renard, who crashed with his Spitfire IX in Balegem with an exhibition. In Nuus Danny De Lobelle and Marcel Van de Vijver told the harrowing story about hero Maurice Renard. Photographer Danny De Lobelle looked for and found witnesses and photo material. He recorded statements from Alice Immegeers, J. Janssens, Peter Van de Sijpe, MGCJ. There were also casualties. The crashed fighter plane attracted many curious people. What they didn’t know was that the guns were still armed, someone tinkered with it, Willy François (8 y) and Maria De Moor (47 y) – who were in front of the Spitfire – were fatal. They were fatally hit on August 30, 1944. Edgard Watrein lost a leg in this tragic event. 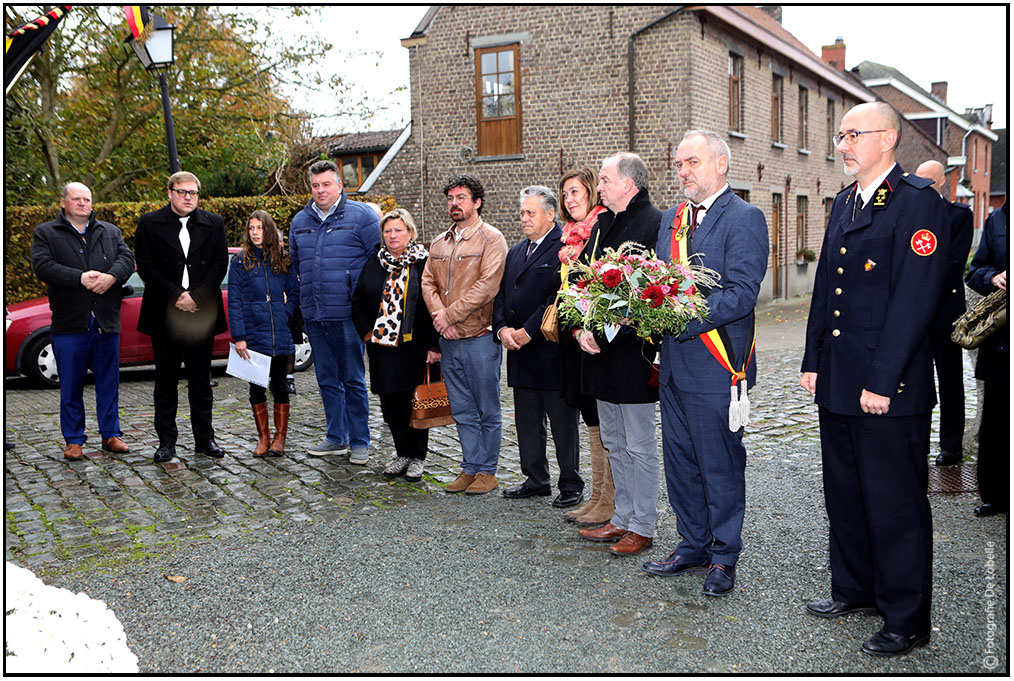 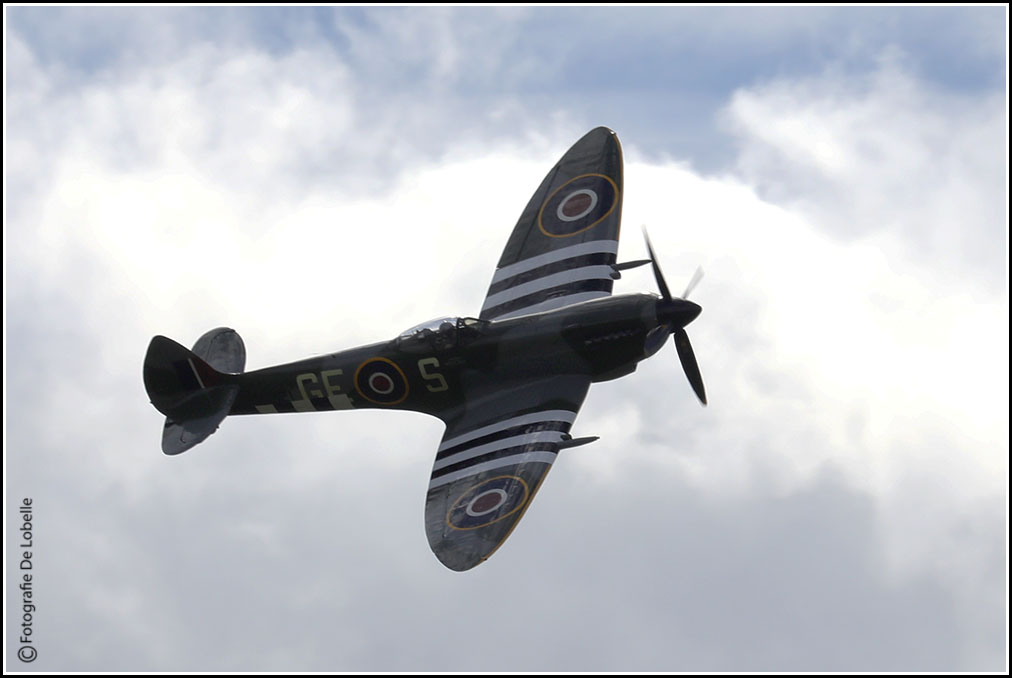 Lieutenant aviator (Pilot Officer) Maurice Renard from Liège, as they used to say ‘just did his duty’. Nothing special. But he reading his story it is quite clear: Maurice Renard is a hero. Always in danger of his own life, he flew a few times with rickety aircraft, he always puts the importance of his mission and of others first. Maurice Renard crashed on August 29, 1944 with his Spitfire in Balegem. The 30-year-old pilot was seriously injured but miraculously survived the crash. He owed his life to Balegemnaars who cared for him and brought him to safety. On December 25, 1944, things are going in the wrong direction again. The flight did not go as planned. Maurice Renard had to make an emergency landing on purpose. Everyone hoped that he would survive the emergency landing, just like in Balegem. At Remersdaal (Voerstreek) things went wrong, the landing failed. American soldiers rushed in. Maurice Renard was rushed to the US Hospital near Hombourg. A complicated skull fracture proved fatal to him. He succumbed to his injuries. On December 26, 1944, he was buried in the cemetery of Vogelzang of Henri – Chapelle. In 1947, his body was transferred to the Hombourg cemetery. In 1948 he receives a posthumous tribute and he is given a place on the Ereperk van de Vliegers in Evere. Who was Maurice Renard? He was born on March 9, 1914 in Angleur and was killed in action on December 25, 1944. After his first crash in Balegem, he risked his life more than once. It shows great courage and bravery. Mentally and physically strained. Flying under very dangerous conditions, sometimes at a great distance from the home base, Lieutenant aviator Maurice Renard was completely on his own. The story of Maurice Renard is only one in thousands. It doesn’t appear in the big book of WWII. But this was his little war. We now know what happened in the early life of Maurice Renard. That war is always the sum of blood, sweat and tears. Maurice Renard was the last victim – an airman of the Belgian Squadron who took off from a Meetjesland airfield (Maldegem). Next to the entrance gate of the Eglise du Sacré Coeur and Notre – Dame de Lourdes in Liège (large domed church above Guillemins station) is a memorial plaque bearing his name, among other things. A fact. After the war, De Fontein brewery in Balegem launched a new beer: the Spitfire, the brewery actually took its name from the crashed plane. Until 1963, people continued to brew the ‘Spitfire’ beer, referring to the effervescent power of the beer. (marcel van de pond, photos danny de lobelle)