The city council during the autumn break was not there to take home much credit, some opposition members tell us. In the basement of the sports hall, the tables were pushed closer together than usual and there was not even a drink (water) available for the councilors during the high mass of the municipal democracy.

A second comment was that the sound system for the city council was once again missing, which makes it impossible for the outsider and even for the council members to follow the council in a comfortable way. Is there no script in Brakel on how to organize a city council in a fully-fledged way? And that in a municipality where the prime minister lives!

A third comment is that the municipal administration does not yet bother to send an invitation from the council to the local press, which is unheard of since this is a normality in all surrounding municipalities.

Procurement roof works not according to the rules

Back to the council where the opposition party Vooruit had many reservations about awarding work to the roof of an emergency house in Driehoekstraat. Hedwin De Clercq: “I noticed that only two contractors had been contacted to carry out work on a roof. They wanted to let this decision pass in silence, but this has been counted without us. The job was assigned to a company that went bankrupt. The other firm was then assigned. This is a form of favoritism. There are maybe 10 companies in Brakel that do roofing and they only write to two!”

Mayor Stefaan Devleeschouwer said that people do not practice favoritism. “It is a pity that appearances are created because this is certainly not the intention. We gave the work to the cheapest and this one went bankrupt. Therefore the work was given to the other. This was urgent.” The opposition party is considering filing a complaint with the governor, we hear in the corridors.

It is an open secret that the shared cars that Brakel makes available and that are stationed in the Spoorwegstraat are rarely used. Hedwin De Clercq (Vooruit) asked the figures of this a while ago. The alderman for mobility Sabine Hoeckman (Open Vld) was unable to provide these figures and first had to request them from the municipal administration.

On Monday, the competent ships came up with the figures and yes there is not too much use of the shared cars. “We do see a serious increase in September 2022 compared to September 2021.”

Councilor De Clercq then asked if he could look at the figures. This was not possible because the mobility officer concerned was on leave. So it takes a lot of work to finally get the numbers. Does an authorized ship then no longer have the right to release figures?

Hedwin De Clercq (Vooruit) had heard from those involved that people who Ukrainian refugees have taken up being left to fend for themselves. “The aid is a disaster.”

Stefaan Devleeschouwer replied that the administration has a lot on their plate. “They have too few staff and they did not receive any extra subsidies.”

As announced, the municipal swimming pool Poseidon will close on December 23, 2022. Both the opposition parties Vlaams Belang and Vooruit thought this was an unfortunate date. Why does this have to be during the Christmas holidays now?

Aldermen for sports Marc De Pessemier stated that this can no longer be changed because it has been communicated that way. The staff must be given the necessary time to retrain before the opening of the new pool in March 2023.

Veronique Lenvain (Vlaams Belang): “At the last city council, my group asked whether the municipality had a savings plan regarding high energy bills. A few days later I read that in collaboration with Fluvius and the Roads and Traffic Agency, our municipality will turn off the street lighting, which is a good initiative as an energy and cost-saving measure.

Still, I would recommend that we continue to light our crosswalks and turn off the lights on all monuments and public buildings. What about security and burglaries, does the municipality foresee more nighttime police patrols?

Mayor Stefaan Devleeschouwer: “There can be no question of extra patrols because there are too few personnel. It is also not technically possible to illuminate all pedestrian crossings. We have already had a lot of LED lighting installed in the past, which is already a saving on its own. The lights can also be dimmed – 8pm (75%), 10pm (50%), 11pm off, 4pm (50%), 5pm (70%) and 6am (100%). Cyclists and pedestrians can increase their visibility by wearing a fluorescent vest. Crossroads remain lit.”

Hedwin De Clercq (Vooruit) had questions about the public works that were carried out on the Klaaie and several other streets in Everbeek. This concerns the restoration of concrete sections. The works were performed poorly.

Ships for public works Sabine Hoeckman said that these works were poorly executed and cannot be approved.

Bart Morreels (CD&V) asked whether it was not possible that the municipality of Brakel could not contribute to a multi-journey card from De Lijn to promote public transport. Some neighborhood municipalities have already achieved this.

Alderman Sabine Hoeckman thought this was a good idea, but this is not planned in Brakel for the next period, due to the less favorable financial situation of the municipality. 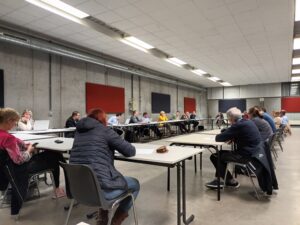 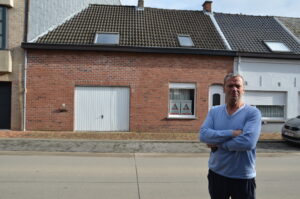