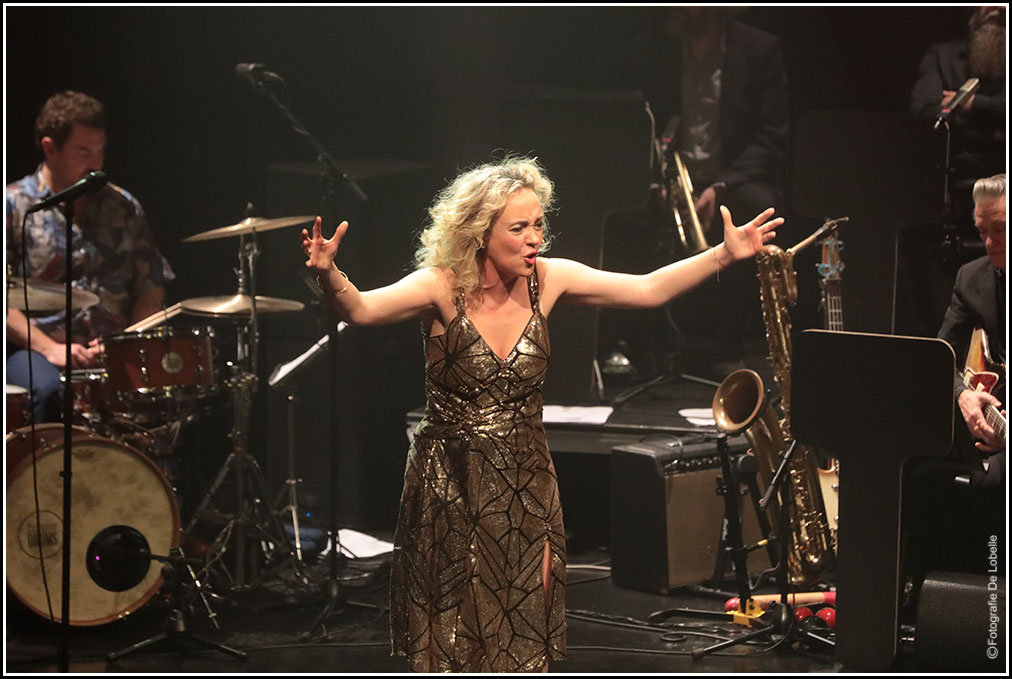 In a whirlwind of songs and flanked by the excellent twelve-piece big band The Whodads, comedian Nele Bauwens quickly made it clear that she is undeniably a formidable singer. A strong personality and talented. You are quickly under the spell of Nele, who kept frolicking from start to finish during her first try-out of her musical year-end conference at GC De Kluize in Scheldewindeke. What a jump – in – the field. Her warm voice will not leave you indifferent. Beautiful songs. She conveys a warm feeling. There is immediate interaction with the audience. The chemistry between her and the big band and the audience is good. Greatest award for her perfect songs. As far as the conference is concerned, it’s still a bit of searching and groping, a few dead moments, but anyone who knows ‘La Bauwens’ knows that she will be there at the premiere in December. Fine-tune the cocktail. Certainly, her musical year-end conference together with The Whodads will be a strong performance. Class always floats above. The ingredients that have made Nele Bauwens a success for many years remain the same: there is room for humor, songs, storytelling. She already set the bar very high for the try-out in the Oosterzeelse culture temple. A woman’s bomb. 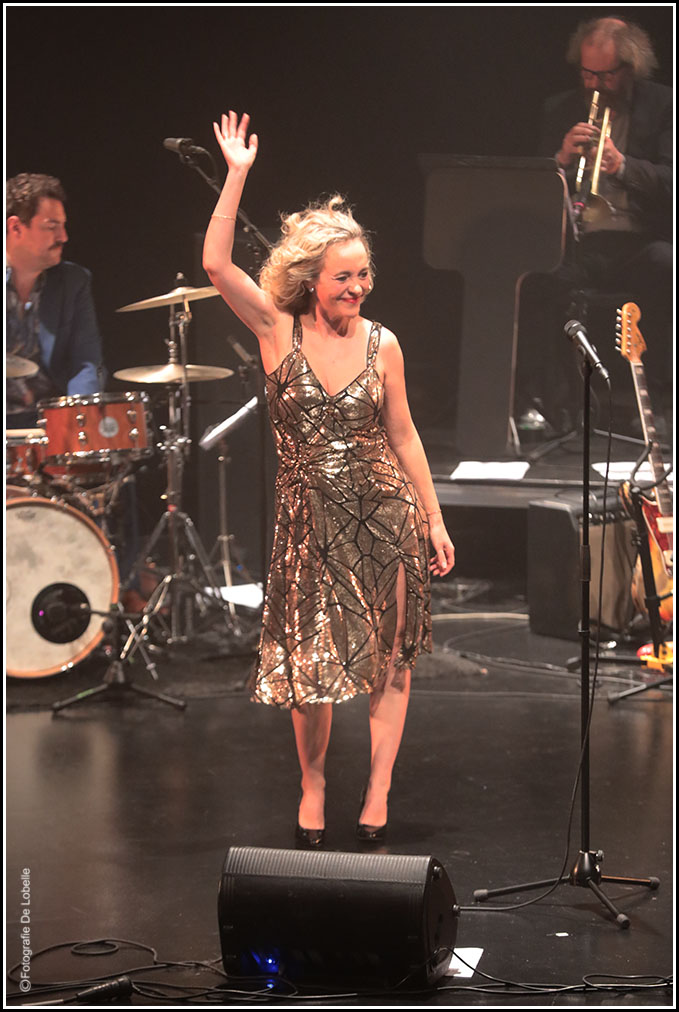 A performance by Nele Bauwens is above all listening, watching and enjoying. Was there a class woman performing there? Anyway. Making a musical conference for almost two hours – without a break – is a powerhouse. Very daring of Nele, to go on the conference tour. You can see her enjoying herself on stage. Clearly, the stage is her sanctuary. Actress, comedian, singer, and now conferencer,… one wonders where the mother of a two-year-old daughter (her eyes sparkle when talking about it) continues to get the energy.

Nele Bauwens: pure, honest, crazy, top woman. Never stands still on stage. In her conference, she takes a quick look back at the eventful 2022 (energy crisis, war, politicians, Putin, football, me too, … and so on). With humor and many musical pearls. She continues to sing flawlessly throughout the show. Nele Bauwens, a sound special. Sing and tell. punishment. Her style works. Has charisma. Spontaneously. The audience asked and got a few bis numbers. Finally, a storm of applause for Nele Bauwens and the astonishingly solid swinging band The Whodads. (marcel van de pond, photos danny de lobelle).

If you like to walk, you should become a member of WSV Land van Rhode vzw

If you like to walk, you should become a member of WSV Land van Rhode vzw