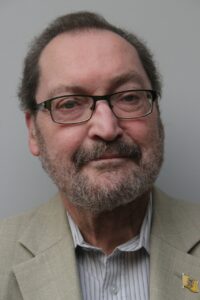 Guido De Lil is 67 years old, retired and widowed. He has been an active board member of Vlaams Belang Geraardsbergen for 8 years: first as secretary and then as vice-chairman. ‘I chose Vlaams Belang, then still Vlaams Blok, because the party strives for Flemish independence. An increasing problem is the overpopulation, resulting in non-native speakers. Migrant policy must be tackled much more strictly. The fight against Islamization, crime, drugs, social injustice, the left-wing Vivaldi fumbling is reason enough to opt for Vlaams Belang’, Guido De Lil explains. Together with city council leader Hans De Gent, Guido De Lil will form a two-member faction in the city council of Geraardsbergen.