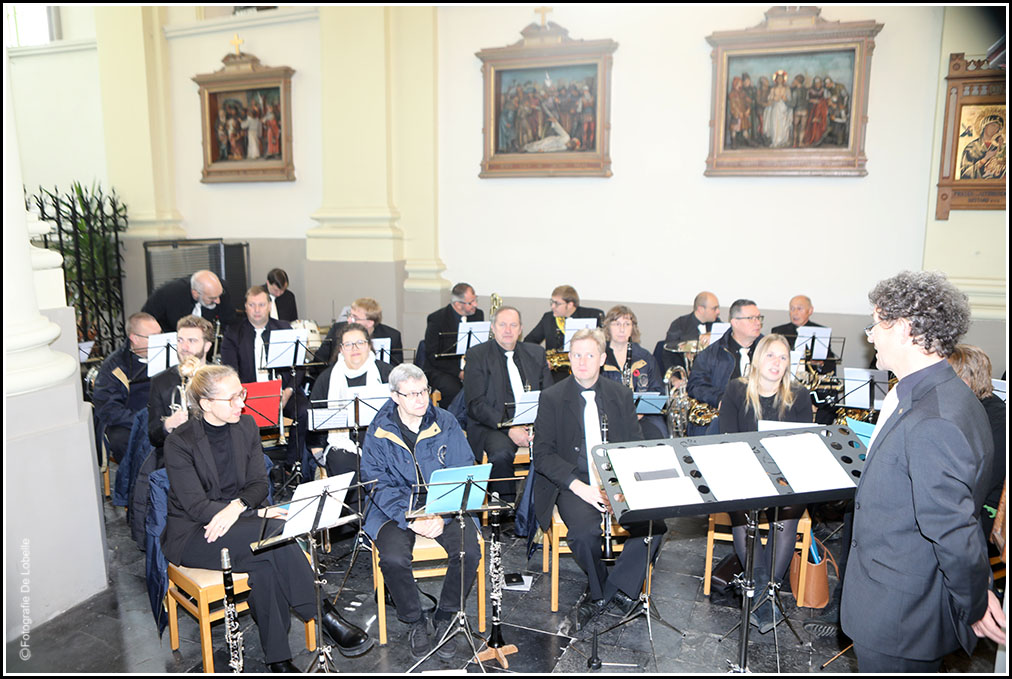 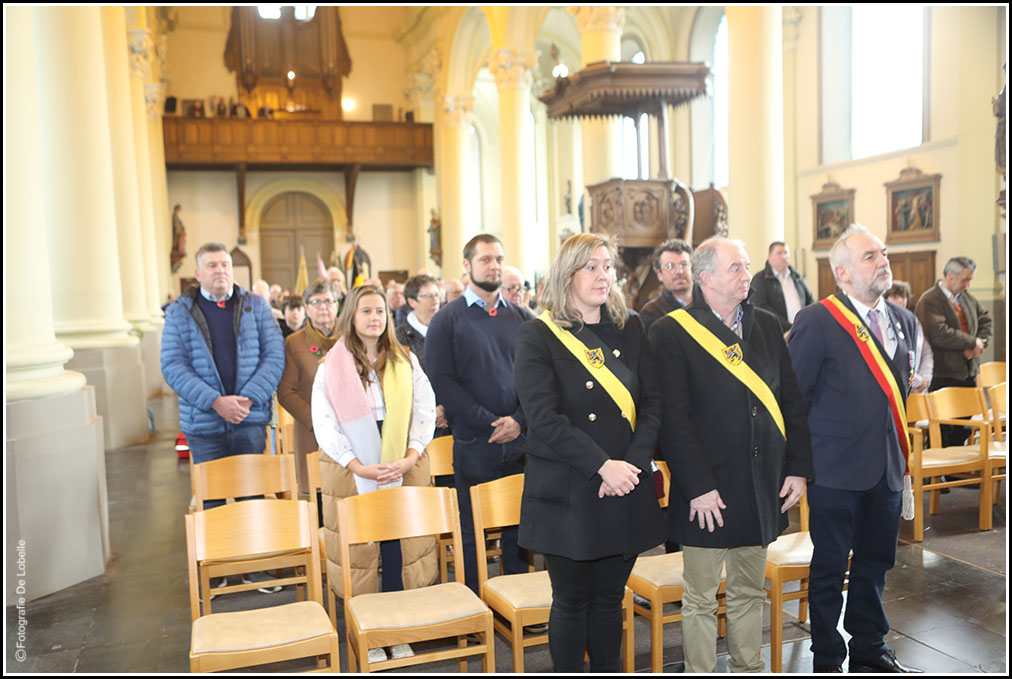 Traditionally, the municipality of Oosterzele has commemorated Armistice Day and paid tribute to all victims of WW I and WW II. This year on Friday 11 November a moment of reflection was organized in Balegem. With a celebration in the Sint – Martinuskerk Balegem, graced by the Royal Music Society ‘Voor God en Vlaanderland’, a flower tribute, speeches by chairman of the municipal council Marleen Verdonck and NSB – representative Antoine Heyerick, musical intermezzo of ‘Voor God en Vlaanderland’ and The Last Post it became a piety 11 November celebration. After the tribute, a drink was offered in café Sekuurne and in the exhibition one could spot images of pilot Maurice Renard, who crashed in WWII with his Spitfire IX in Balegem. In Nuus Danny De Lobelle and Marcel Van de Vijver told the harrowing story about pilot Maurice Renard. Photographer Danny De Lobelle looked for and found witnesses and photo material. A selection of the footage was exhibited in café Sekuurne. A great initiative by Danny De Lobelle to pay a posthumous tribute to hero Maurice Renard. 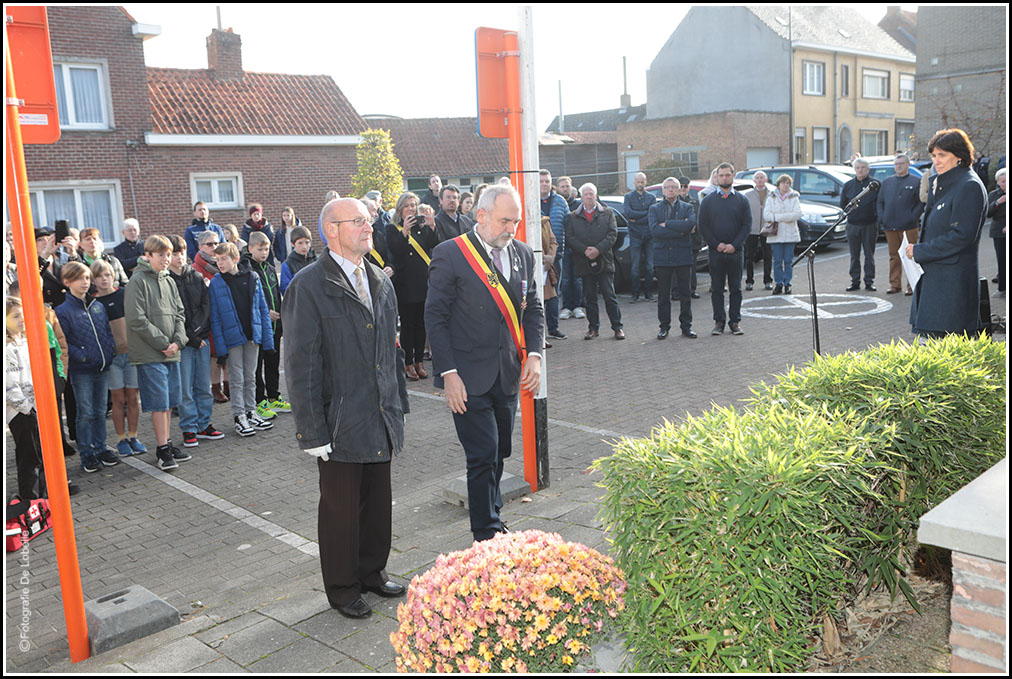 Marleen Verdonck: ‘WWI was a pointless masacre. More than 9 million soldiers did not survive the Great War. Flanders has experienced the first world conflict in all its guises: the invasion, the occupation, the four-year trench warfare and finally the liberation. In our country, 600,000 soldiers and civilians, of which 550,000 in the Westhoek, died in Flanders Fields. Parents sacrificed their children in the war, yet they did not raise their children to become soldiers. War makes many empty places. Commemorations should show the horror of war and understand why war is not a solution to problems. Commemorations should be seen as acknowledgments to all who fought for our peace and freedom. Who would have thought that horrific barbarism would reappear so close to us. Why is Putin at war? He wants to expand his power and wealth and restore the great Russian empire of yesteryear. He scares people by spreading lies through all possible communication channels. Through lies he wants to convince his people that ‘his war’ is not a crime but is justifiable. He has those who protest arrested or die a sudden death. We can only hope that this senseless masacre, horrific barbarism will come to an end as soon as possible. Vladimir Putin, stop this madness,” Marleen Verdonck concluded her witty speech. 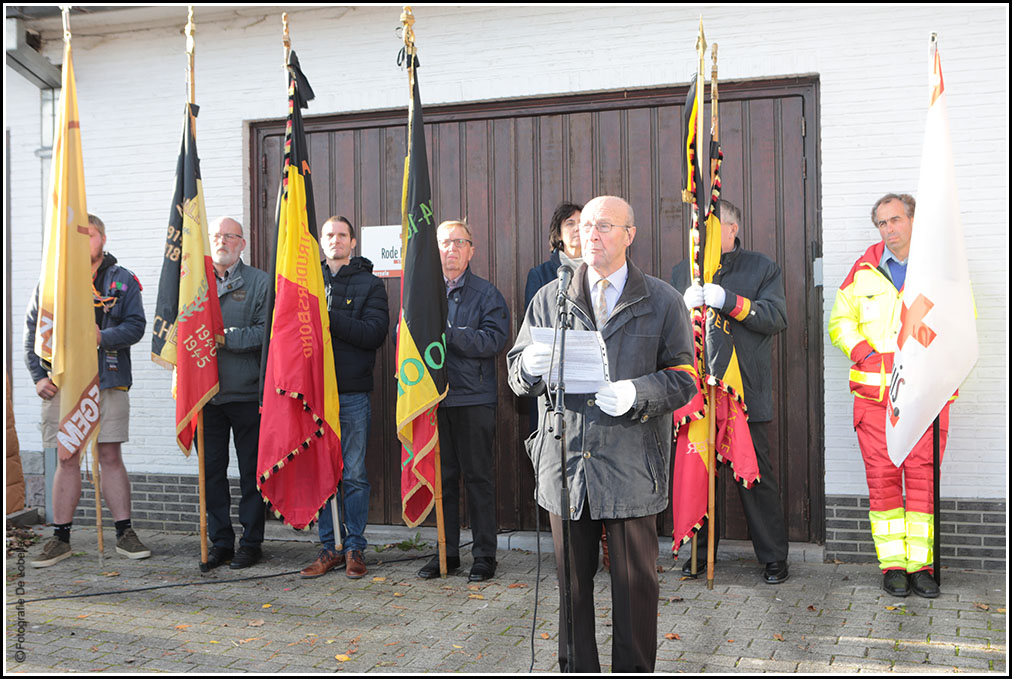 Antoine Heyerick: ’11 November 1918 – 8 May 1945: dates indelibly etched in our memory. Data that we should never forget. End of cruel war years, years of death and horror. It is good to commemorate the commemoration of both world wars every year. The world of war, of bloody attacks goes on and on. No longer in Verdun or Ypres, but in Afghanistan, Palestine, Syria, Ukraine. The cruelty remains. Were and are not young people always sent to death because of the lust for power of generals, kings, presidents and dictators? Even in the smallest village a war memorial has been erected. They are visible history. ‘To our heroes 1914 – 1918 and 1940 – 1945 with a list of names who lost their lives. The worst part is that the slogan ‘No more war’ has been followed by WWII, 22 years later. We commemorate those who, in both world wars, ensured that our country remained ours; that together with our loved ones we can enjoy all the beauty that life has to offer, the brave soldiers who died, the fathers and sons who did not return home, the resistance and the helpful citizens, men and women who, through their silent, secret work and at the risk of their lives, made it difficult for the aggressor, the elderly, women and children who had to sit and watch as their world was torn to shreds, the deportees who suffered the most unimaginable torture and died in the Nazi death camps . May the youthful generation be taught the right lessons from history. In this way, history becomes concrete and you develop respect for the previous generations. In this way you learn what war really means even today for people who are thousands of kilometers away from us. But above all, you learn to estimate the value of peace. November 11 is also about that peace. May the flowers at the monuments be a sign of our gratitude and – despite the current tense times – give us hope for the future’, said Antoine Heyerick. He concluded his speech with a simply wonderful poem:

There is always hope for those who still want peace:
Reach out to me, let’s go from country to country together
and let us forge a new brotherhood.
Let us listen to every word of peace and people
who wish this, but unfortunately know no peace.
Let us seek peace with united forces
so that in the end every child may expect peace’. 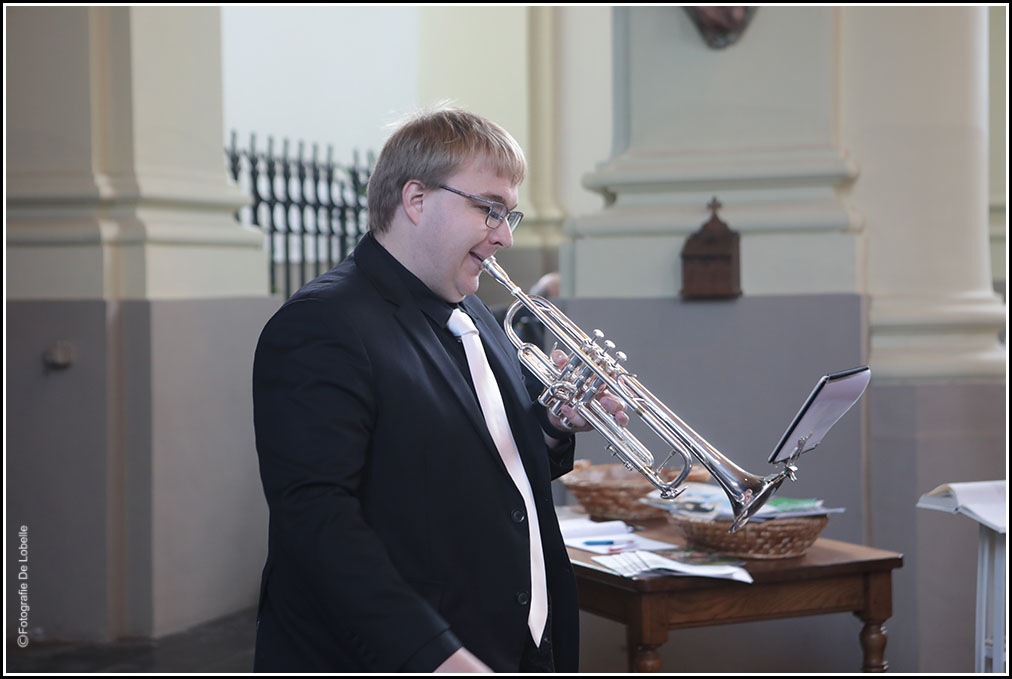 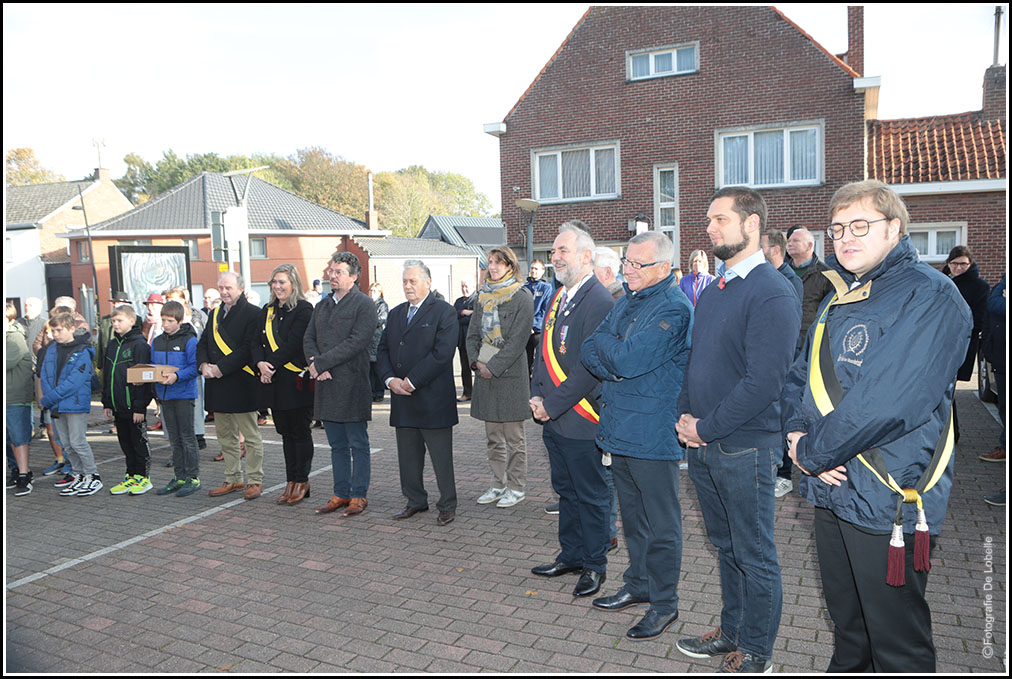 Every year during the ceremony one is surprised by an impressive silence. Again and again an exclamation: ‘How in God’s name could that be possible?’. Piety to war victims, there is awe and admiration for all who fought for our freedom in WW I and WW II. They have made a sacrifice in defense of the values ​​dear to our homeland. When you see the impact both world wars have had on our society, on our values ​​and norms, you cannot imagine that people would stop commemorating these world wars. The war remains unprocessed in the past. And precisely because the past is so important for the present, it remains worth all the attention in the merged municipality of Oosterzele. (marcel van de pond, photos danny de lobelle) 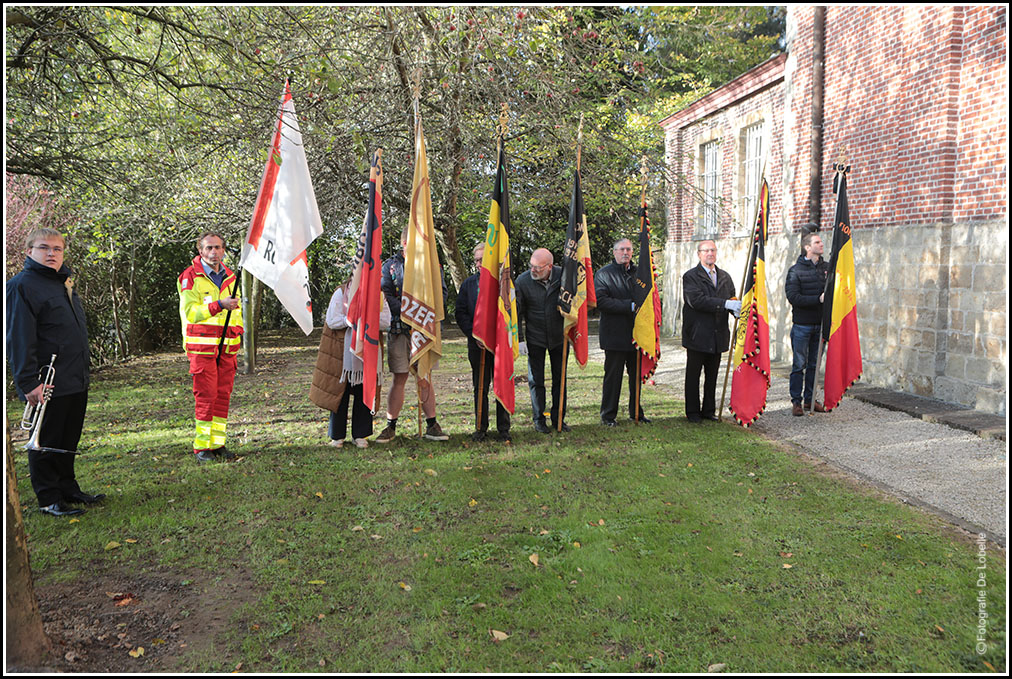 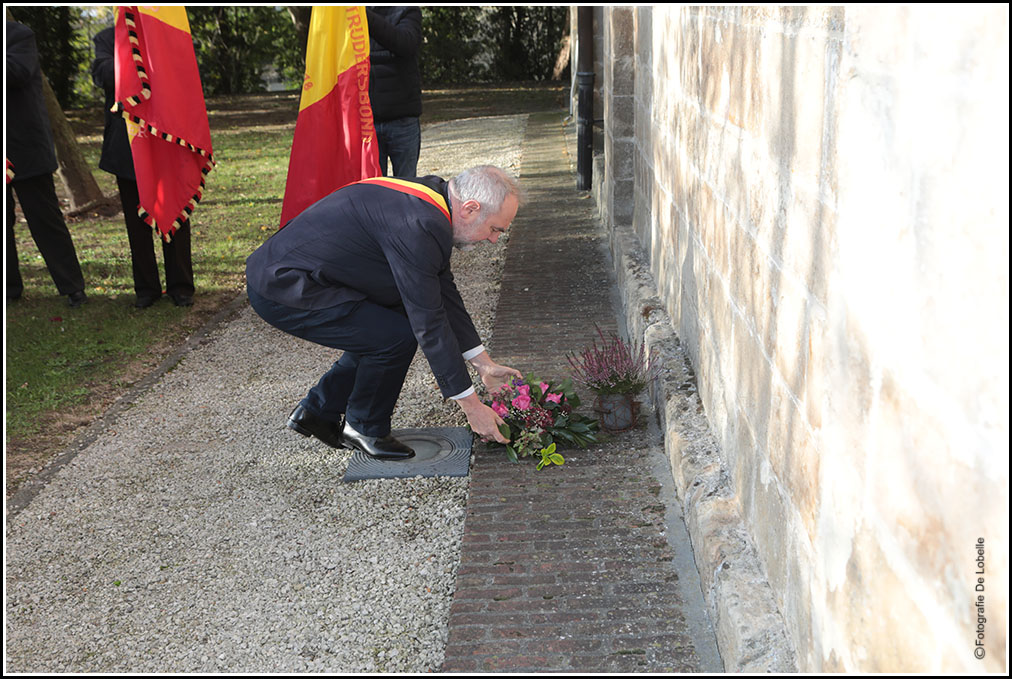 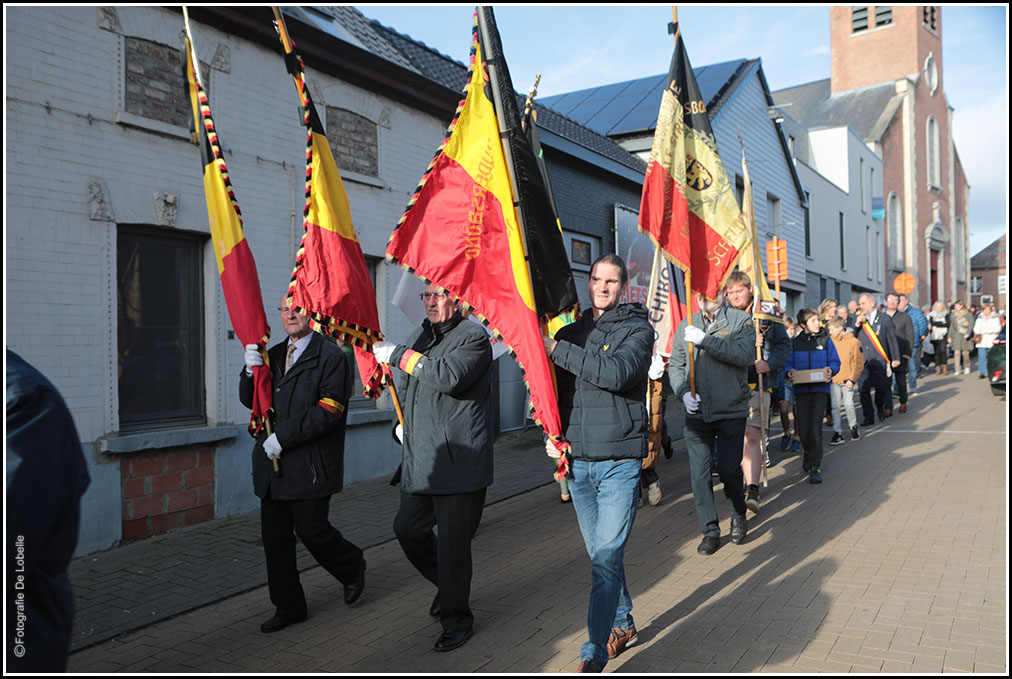 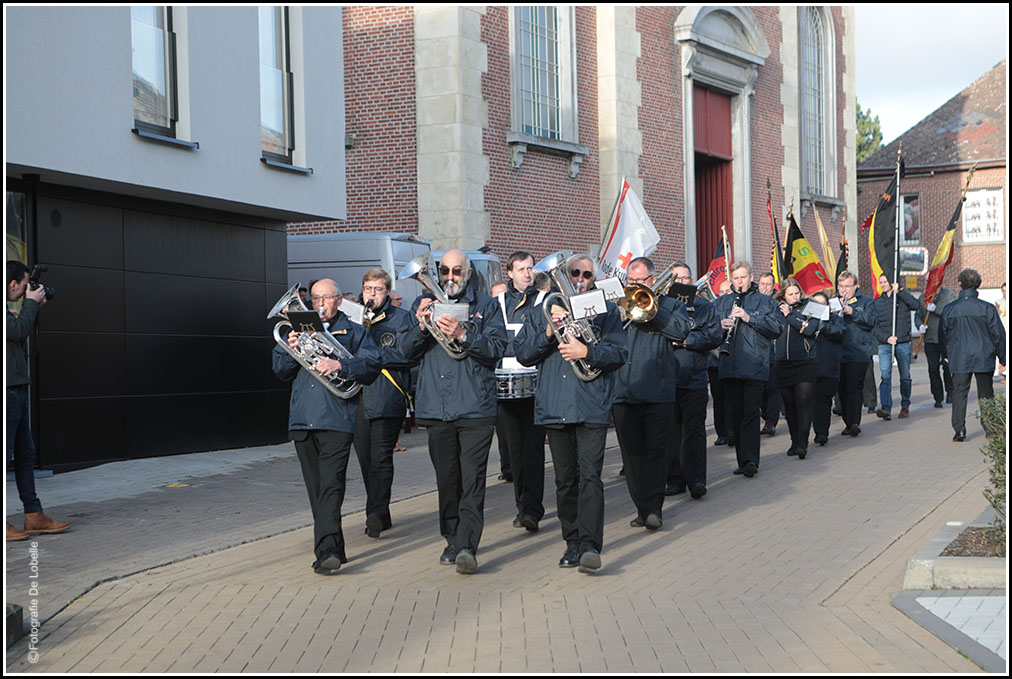 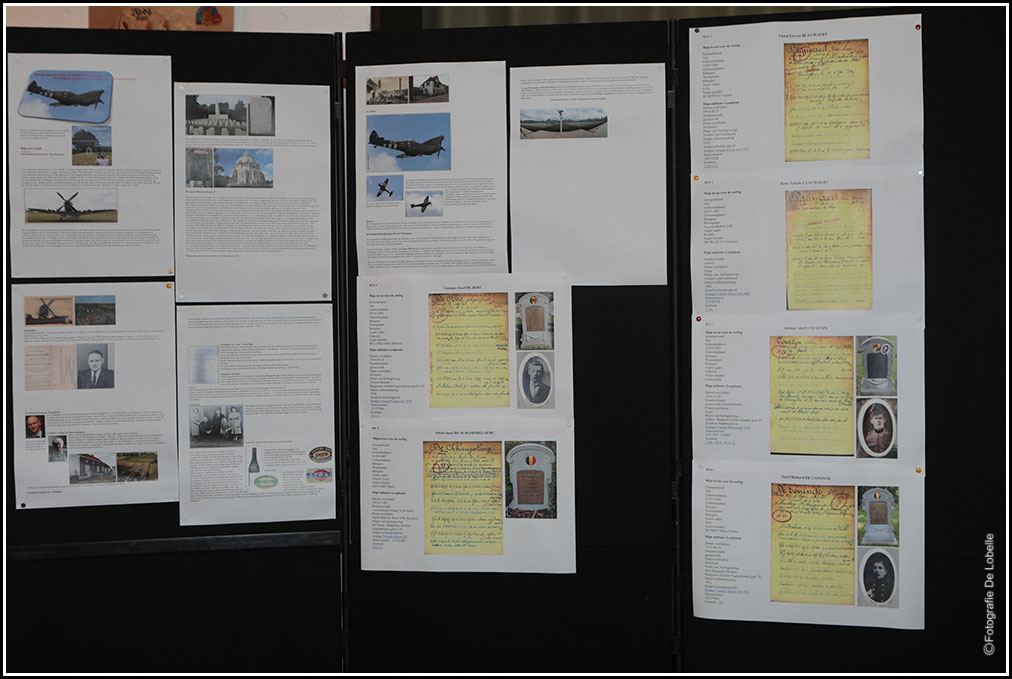 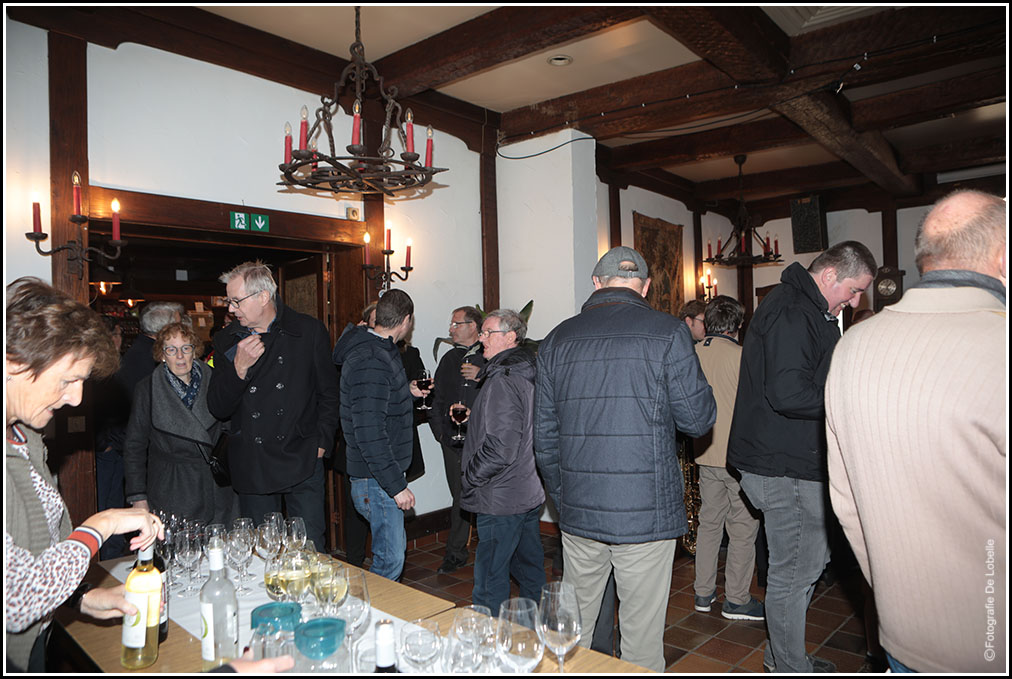