Stephan De Prez (Open Vld): ‘It is a social problem where everyone must take their responsibility.’ 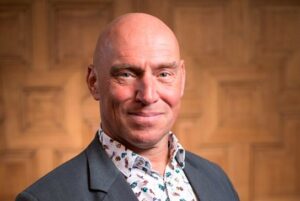 Geraardsbergen. In response to the many disaster reports that have appeared in recent weeks about illegal dumping and litter in Nuus, we asked Stephan De Prez (Open Vld) – alderman for Sustainability and the Environment, among others – what actions the city of Geraardsbergen is taking to tackle this phenomenon. ‘It is a social problem where everyone in our society must take responsibility and we must realize that we only have one planet, after all,’ says alderman De Prez.

‘Illegal dumping and litter are not a unique Geraardsberg phenomenon. All cities and municipalities are struggling with this, both in Flanders and abroad,’ says alderman De Prez. ‘Illegal dumping and by extension all waste, including litter, that is consciously or unconsciously dumped is not only an ecological problem, it does not look neat, it increases the feeling of insecurity, it annoys us, but it also costs society a lot of money. ‘

Causes
‘Looking for causes is difficult because it is so widespread and quickly ends up in a stigmatizing corner, which is not always justified. However, there is certainly a lot of awareness and actions are being taken to prevent it. The schools are also making a major effort with targeted environmental education.’
According to the competent aldermen, litter and illegal dumping mainly have to do with perception: ‘In our waste figures we see no real increase in kg of collected litter and illegal dumping. The perception seems somewhat different, but it must also be said that we consciously try to draw more attention to the problem and people therefore quickly conclude that there may be more waste.’

What is the city doing
‘The local government is indeed strongly committed to litter and illegal dumping, to this end there is cooperation with ‘Mooimakers’, an initiative from OVAM to set up a project-based operation, but there are also other initiatives.’

An overview of the actions:

Creation of one central reporting point: [email protected];
Everything is coordinated from this central reporting point and action can be taken quickly. Why act fast? Dirt attracts dirt, the faster the reaction, the less chance that dirt will be added;
Support for our environmental meters and sponsors;
Creation of the ‘park rangers’, active in the Abbey Park;
The establishment of the ‘Giesbaargse stray hunters’, a private initiative with motivated litter hunters who do more than their part to clean up litter;
Reviewing the design of public space;
The local government is working with Mooimakers on an optimized rubbish bin plan;
Optimization of enforcement (GAS procedure) in collaboration with the local police;
Deployment of enforcement cameras (with ILVA, the project is running to deploy additional camera surveillance);
Deployment of additional OVAM GAS detectors who are present incognito on our territory;
Sensitization. The poster campaign “litter and illegal dumping” is currently running;
Action plan ‘neat city’, a collaboration with an external firm for the cleanliness of the public domain in the city center and tourist area. In this way, our own city staff can be deployed more and better in the other municipalities of the city;
Support actions by village councils, schools and associations.

Discover the new N42 during the information market in Sanitary