The 11 November celebration did not go unnoticed in the boroughs of Gijzenzele and Scheldewindeke either.

Armistice on November 11 is the annual commemoration of the armistice of November 11, 1918, the end of WWI. In Balegem, but also in Gijzenzele and Scheldewindeke, all victims of WWI and WWII were commemorated with ceremonies. The armistice of November 11, 1918, signed in a carriage in the Forest of Compiègne, between the Allies and Germany, brought the fighting of the First World War to a definitive end. It meant the total defeat of the German Reich. The heroic deeds performed by our soldiers and civilians (in the resistance) appeal to the imagination. A moment of reflection was held at the monuments in Gijzenzele and Scheldewindeke, floral tributes were paid to the victims and the Last Post, the salute to the fallen, was heard. This is a unique tribute that is recognized and appreciated worldwide, including in the merged municipality of Oosterzele. Remembering those who have fallen, who have suffered greatly, who have known great loss.

At the same time, the commemorations make us stop and think that another terrible war is currently unfolding in Ukraine. A few hundred miles from here. The trauma of World War I and World War II continues to this day. Unfortunately, the end of WWI and WWII did not mean the end of war and conflict in the world. People who can still tell the story are in complete agreement on one thing: ‘Never again’. 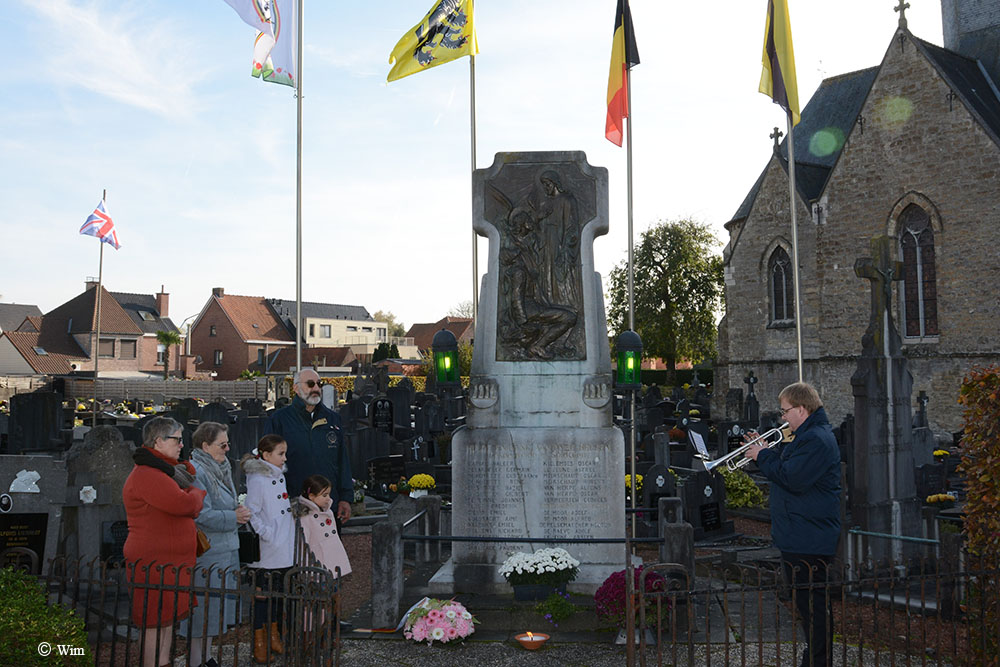 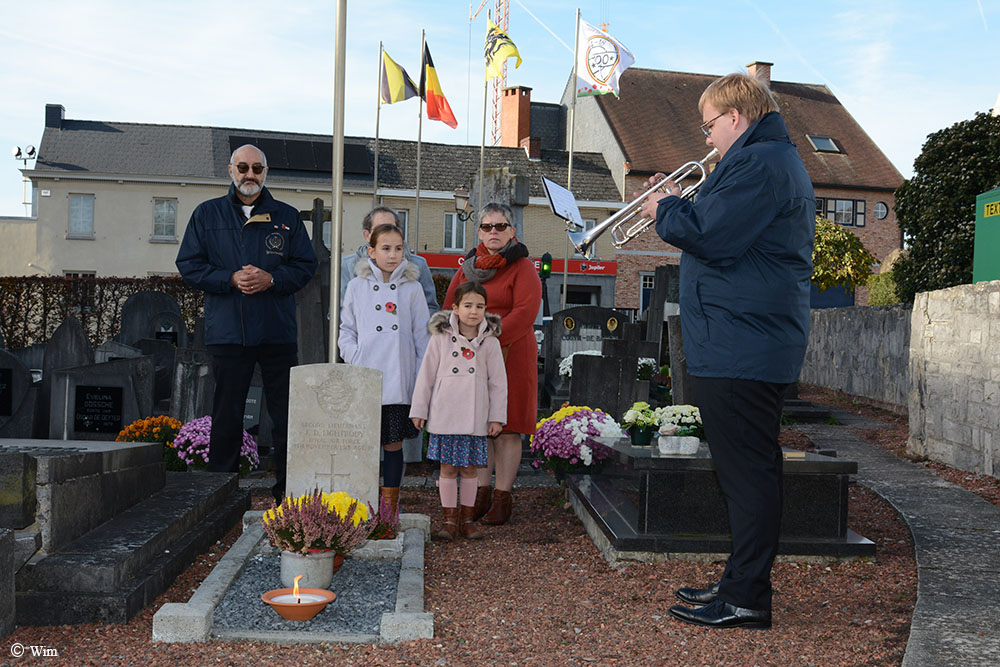 The war memorials remind us of the many victims. Dwell at the monument, with the names of the fallen. The list of war victims all over the world is getting longer. Pointless. Cheeky. And always at the expense of many innocent victims. WWOO Scheldewindeke does not forget its heroes either. Flags and flowers were placed around the memorial to the fallen and at the grave of Lieutenant John Douglas Lightbody.