Merelbeke one minute of silence in tribute to murdered police officer 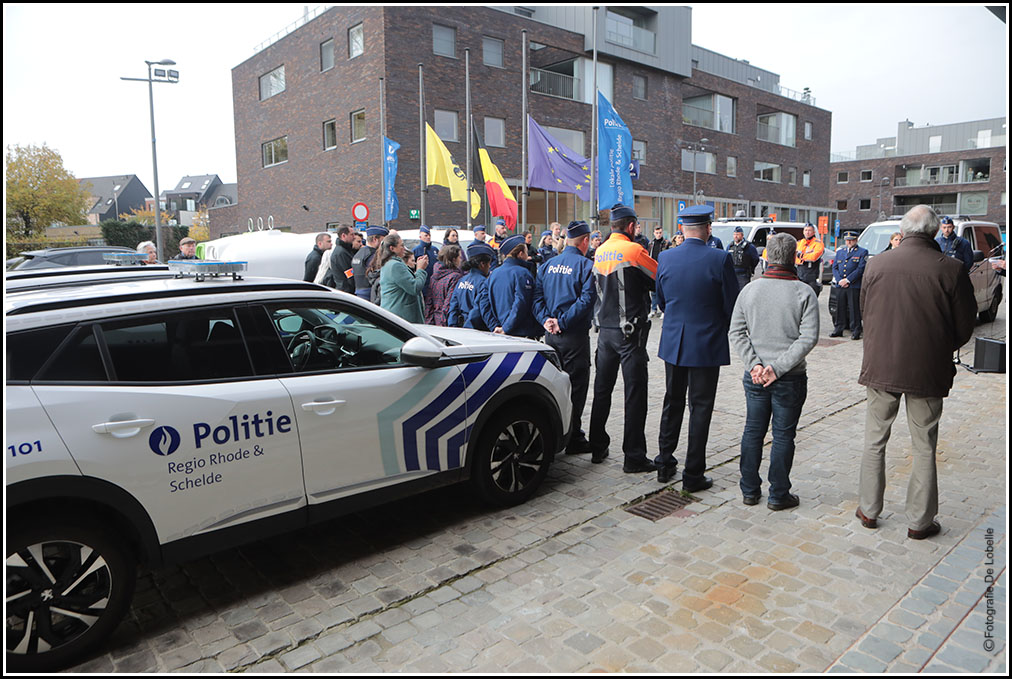 To the police commissariat Epiphany Square in Merelbeke, which serves the Zone Region Rhode & Schelde (Destelbergen-Melle-Merelbeke-Oosterzele), a tribute was held at eleven o’clock for murdered police officer Thomas Monjoie. He was killed in a knife attack in Schaerbeek last week. His colleague Jason was injured in the process. 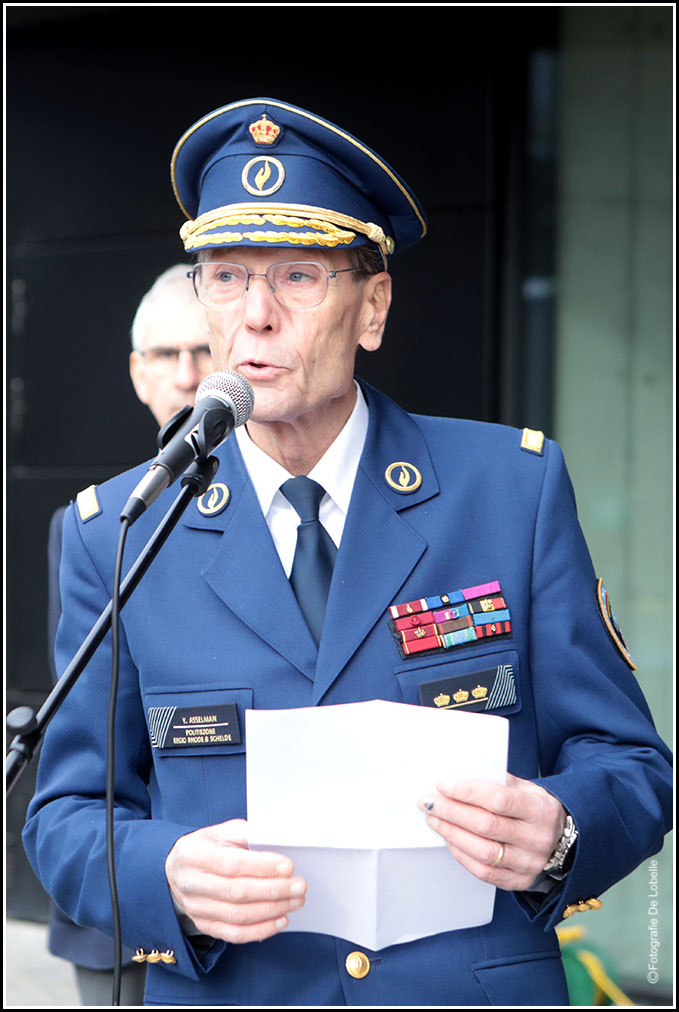 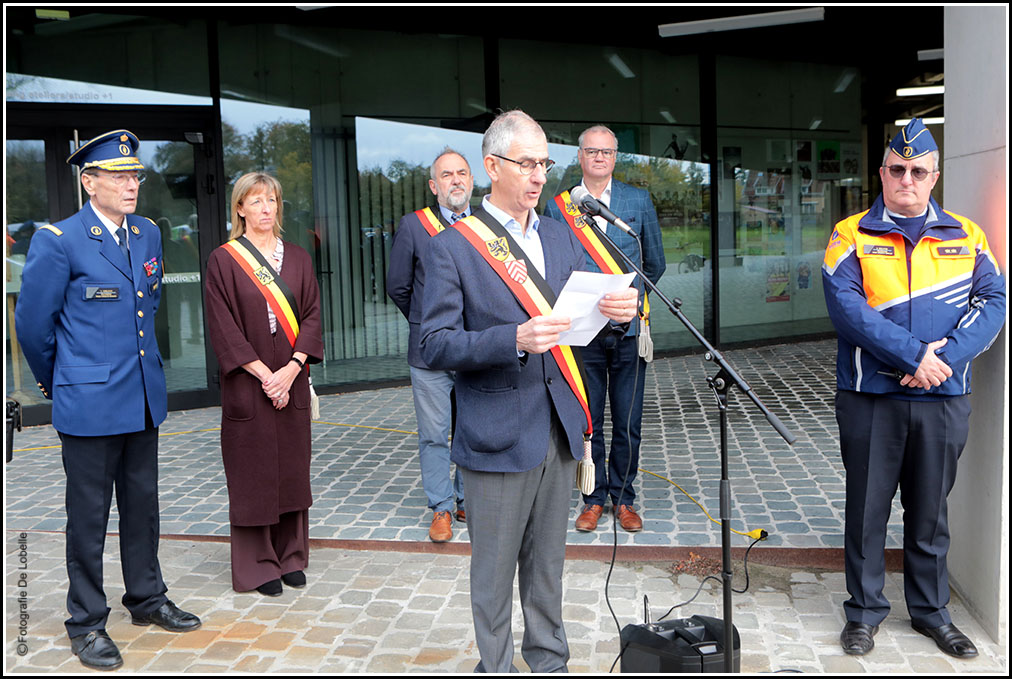 The flags are also flown at half-mast in the Rhode & Scheldt Region police zone. In the speech of Mayor Dirk De Maeseneer and Chief of Police Yves Asselman, we regret this event and in the first place we express our deepest sympathy to the family and friends and we wish Jason good care and a speedy recovery. And condemn this heinous act, just like any form of violence against the police. A delegation was also sent to Borgworm to form a guard of honor with other colleagues. 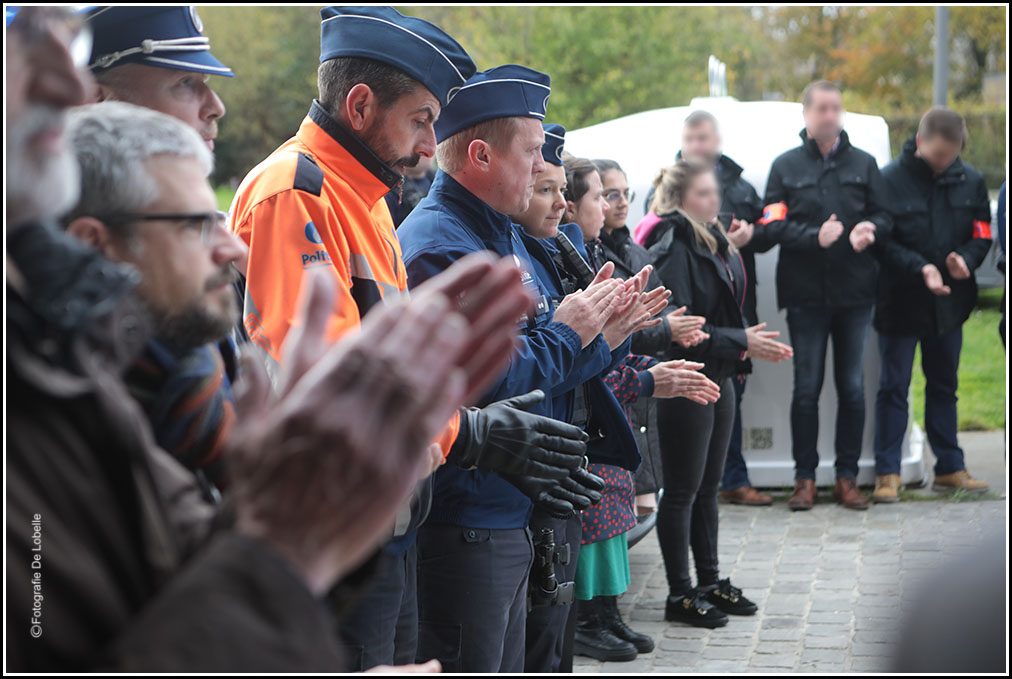