On Saturday, November 19, the funeral ceremony of sister Rita took place in the Sint-Gangulphuskerk in Oosterzele. Celine De Vogelaere was the last superior of the monastery community in Oosterzele. She was born in Herzele on March 5, 1927 and died in Ghent on November 11, 2022. She was 95 years old. On February 2, 1948, she entered the Apostolic Sisters of the Immaculate Conception in Ghent. She took her religious vows on August 8, 1949. Sister Rita spent the last years of her life in the care residence OLV – ter – Rive in Ghent. With beautiful hymns from the Sint – Gangulphus choir, prayers and words of praise from ‘padre’ Renaat, Sister Rita was said goodbye on Saturday. Her wish was to be buried in the Oosterzele cemetery. Funeral company De Zandgranul Merelbeke provided a stylish funeral. 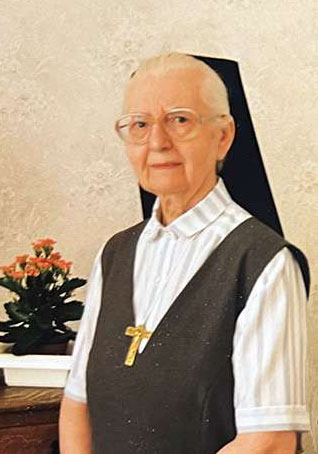 Sister Rita came to Oosterzele on August 16, 1957 and was also inextricably linked to the school as headmistress of the primary school and teacher of religion in the secondary (IZOO). Together with Sister Hilde (Agnes Van Huffel), Sister Andrea (Maria Waeyenbergh) and Sister Gabriëlle (Agnes Dambrain), she experienced the entire evolution of primary and secondary education at IZOO Oosterzele. Sister Rita always gave her best. Religion and education played an important role in her life. Sister Rita always took on her great responsibility. She preferred to be out of the spotlight, never sought attention, it was all in her character. A quiet hard worker, who managed to propagate her Christian message in a sublime way. She was open to dialogue. 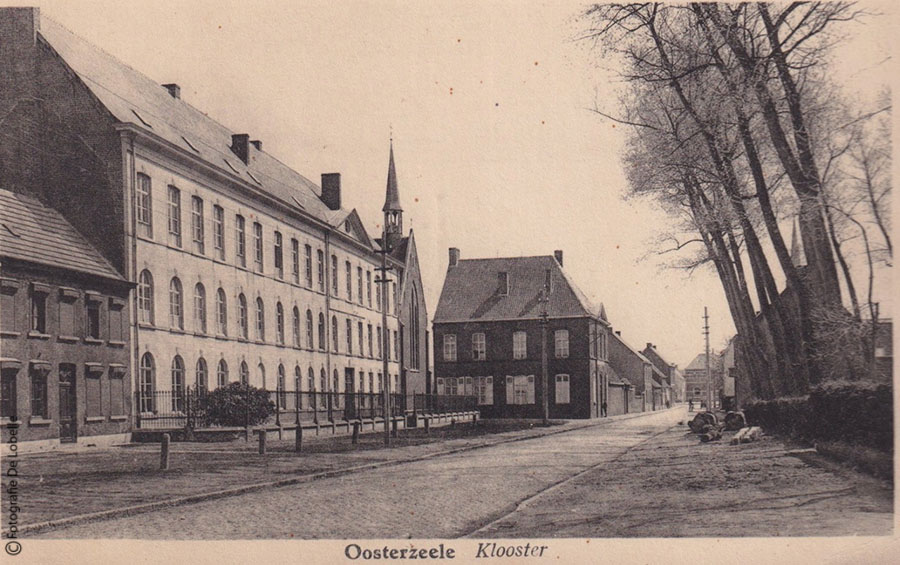 Simplicity graced her. A lot of effort. She stayed in Oosterzele for 47 years. Remained admirably active for a long time. Many have fond memories of Sister Rita. On February 24, 2004, the last four sisters left the convent of Oosterzele for good to move to Waarschoot and Kieldrecht. From an interview (2004) that your reporter had with the four sisters, it appeared that they would have liked to have stayed in Oosterzele. They had to leave against their will. Necessary infrastructure works and changes in the use of the premises led the Episcopal Government and the superior of the Sisters Apostolines of the Immaculate Conception to decide that the sisters would leave the convent on the Village. The sisters left Oosterzele with great regret. They felt at home in Oosterzele. After 172 years, the rich history of Klooster Oosterzele came to an end. The four sisters were the last representatives of the Order of the Apostolines of the Immaculate Conception to have been present in the village continuously since 1832. Nuus expresses his sincere condolences to the family De Vogelaere, Wijmeersch, Leus, Broeckaert and to her godmother child Nelly Leus. (marcel van de pond, photos de grain of sand, danny de lobelle).
Tags: CelinegoodbyeOosterzeleRitasisterVogelaere
Previous Post

Memorial moment for all deceased children

Open letter: Sinterklaas does not belong to Black Pete

Open letter: Sinterklaas does not belong to Black Pete